Breaking Cycles of Violence Through Community 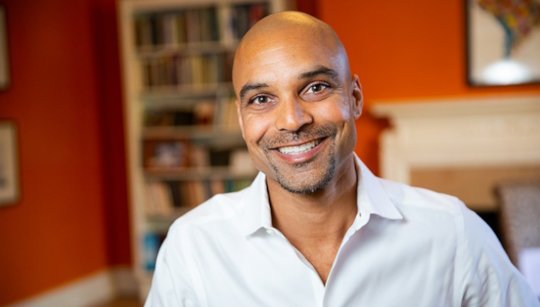 We are finishing out 2019 strong here at One Common Unity! We are proud to be in fifteen schools across all eight D.C. wards, impacting over 5,000 youth, families and teachers. Here are a few highlights:

Our Fly By Light Performance Troupe hosted assemblies at seven school sites, reaching more than 1,000 students through original music and art and lessons based on the five core pillars of our Fly By Light program: Artistic Expression, Social Emotional Literacy, Health and Wellness, Environmental Leadership, and Social Justice. At these assemblies, our artists engage in dialogue with young people and spread the message of peace and positivity.

Our Co-founder and Executive Director Hawah Kasat recently received the 2019 John Thompson Jr. Legacy of a Dream Award from Georgetown University. This award celebrates individuals or groups that have demonstrated outstanding service and that best represent Dr. Martin Luther King, Jr’s ideals, values, and dedication to service. We are deeply honored by Georgetown’s recognition of our work.

Finally, Fly By Light alumni Zhy, Dougie D, and Angell performed at Inspiration to Action 2018, hosted by the Catalogue for Philanthropy on October 29. NBC4 Washington profiled our alumni for their work using their art and music to break cycles of violence. You can watch the full story at: https://bit.ly/2yNapar

We thank you for your ongoing support and generosity! Keep up with us on Facebook, Twitter, and Instagram as we continue to spreading light and positivity! 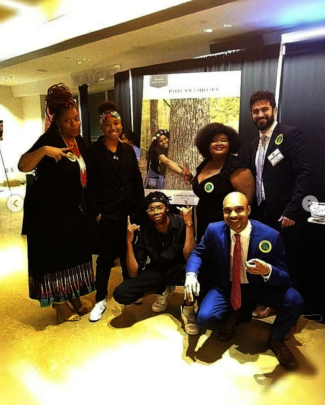 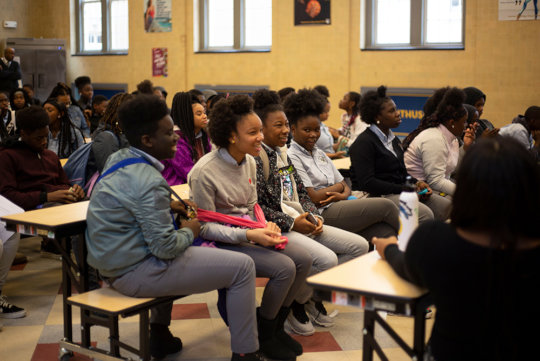 Building Community Through Peace and Positivity 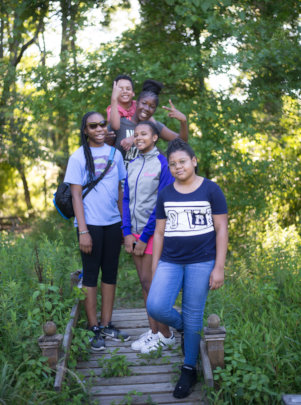 It has been a busy summer for One Common Unity! Thanks to your generous support, we have engaged thousands of  youth in experiences in and out of Washington, D.C.!

Recently, four Fly By Light alumni were invited to perform at the fourth annual Politics & Art event, presented by Washington Performing Arts’ Mars Urban Arts Initiative and Councilmember David Grosso. The event features D.C.-based artists who use the power of their voices to inspire, entertain, and empower. Our artists met with interested members of the community and showcased their spoken word and musical talents.

Outside of D.C., we took 47 youth on four immersive retreats to sites in Maryland and West Virginia. Our first retreat was hosted in Maryland and included members of our performance troupe, who spent the week enhancing their performing and professional skills, as well as bonding over the breathtaking artistry exhibited by all.

We also hosted our first ever middle school retreat! With guidance from our skilled professional facilitators, the students were encouraged to branch out, resolve conflicts peacefully, and create wonderful art.

Through all of these retreats, our youth have challenged, surprised, and amazed us, embracing new experiences and environment with positivity and enthusiasm.

Meanwhile, back in the city, we had 10 alumni participating in our Summer Youth Employment Program (SYEP). They were selected to serve on our staff as junior facilitators, trained in the same model as our professional facilitators, and shadowed our veteran facilitators during our four summer retreats. Eight will continue on through the 2018-2019 school year leading workshops and facilitating programs for our middle school students, using their unique perspectives and learned skills to mentor their peers facing community violence and trauma.

Some SYEP staff also participated in the creation of two public service announcement music videos centered around messages of peaceful community relations, violence prevention, and positive relations/interactions with women. The alumni created the music, met with the filmmaker to discuss the pre-production vision, and helped obtain wardrobes and locations, culminating in filming in late summer. We can’t wait to share these powerful videos/stories with you!

Coming up on September 29, OCU is hosting our third annual Peace Ride! All are welcome as we pedal for peace across a scenic 19-mile loop, starting at Base Camp, overlooking the Lincoln Memorial and spreading across the District and Virginia. Participants have the opportunity to complete one or multiple loops, or the alternate family-friendly 6-mile route. Throughout the day, there will be yoga classes, food, and wellness and interactive arts workshops, as well as live music and poetry performances by students and guest artists. Register to ride at https://ocupeaceride.com!

We thank you for your ongoing support and generosity! Keep up with us on Facebook, Twitter, and Instagram as we continue to spreading light and positivity! 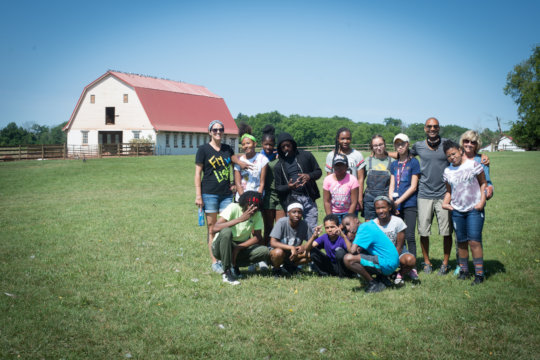 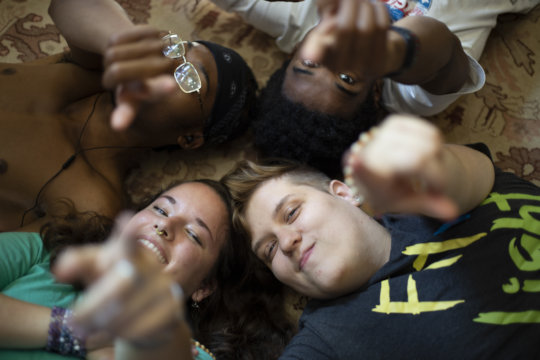 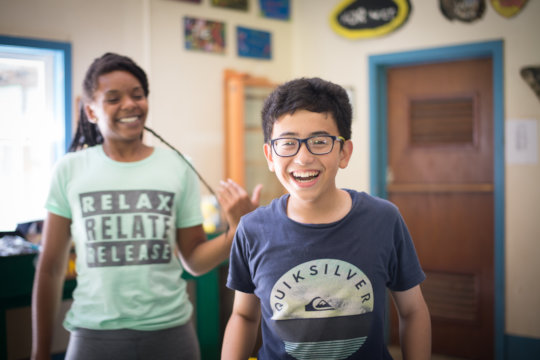 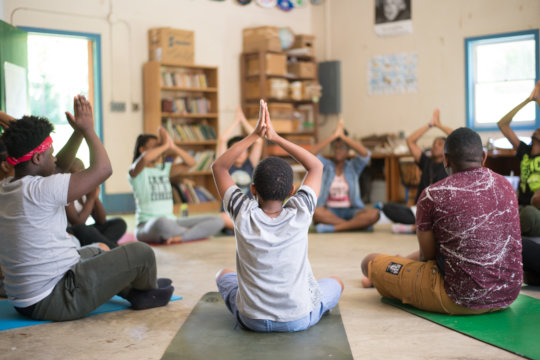 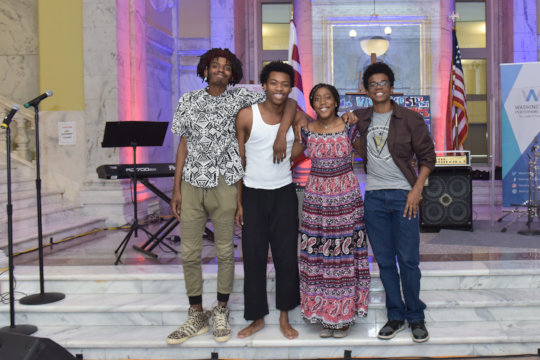 Named One of the Best Non-Profits! 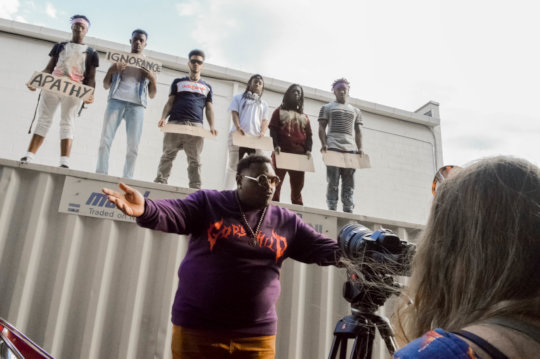 "Excellence is an art won by training and habituation. We are what we repeatedly do. Excellence, then, is not an act but a habit."  - Aristotle

As 2018 progresses forward, One Common Unity has continued to do the same. After a careful vetting process, The Catalogue for Philanthropy: Greater Washington has selected One Common Unity to be part of their Class of 2018-19! Our organization underwent a rigorous review process conducted by a team of 120+ experts in the local philanthropic field, and came away having met the Catalogue's highest standards.

"People want to know where to give and they need trusted information.

Based on our in-depth review, we believe that One Common Unity is one

of the best community-based nonprofits in the region."

-Bob Wittig, Executive Director of the Catalogue for Philanthropy.

As an organization, we are so proud to receive this prestigious honor and are steadfastly committed to continuing working each day to make a positive difference in our community! Our facilitators work tirelessly to lead the youth at our schools sites throughout all eight wards of Washington, D.C. They do so not only in after-school sessions with our youth, but also with in-school programming during the school day at multiple sites and leading activities outside of school as well.

You’ll be amazed to see what our youth have managed to be a part of in the past few months:

March For Our Lives

Fly By Light youth, One Common Unity staff and board members marched together to call for an end to gun violence in the March For Our Lives protest in Washington, D.C. on March 24. Fly By Light youth and facilitators met a couple days prior to the march to discuss the purpose of it, what they hoped it would accomplish, and created unique signage to carry during the massive march.

On May 22, we kicked off our first official Violence Prevention Day at Hart Middle School. In a thought-provoking workshop led by our Fly By Light facilitator, Rashid Hughes, students participated in a free write activity, collaborated on poems, and shared in dialogue about how they can make their community safer. Ryane Nickens, President of the TraRon Center, and leaders of the DC Government's Safer, Stronger Violence Prevention program joined us for this workshop.

One Common Unity and The Future Project came together to support students to create a truly stunning collection of portraits of Roosevelt High School faculty and students who inspire us to be our best! The goal of this project was to build community through creative expression and highlight "what's right" in our respective communities

Roosevelt Row was a three phase project that focused on peer nominations of students, staff, and administrative members that motivate and inspire students. The nominations went through a selective criteria and only 25 nominees were selected for the unveiling ceremony. Students scheduled photography sessions and interviews with the winners and transformed the photos into hand-painted portraits. The unveiling ceremony welcomed over 100 students and faculty to honor these inspiring individuals and build community through food and musical performances.

These portraits will be on permanent display in Roosevelt Senior High School for others to see and aspire to. Einstein once said “if you judge a fish by its ability to climb a tree it will always think it is stupid."   One Common Unity and The Future Project highlight what’s right in our youth and support them in pursuing their goals and dreams.

Led by our facilitator Manny Salazar in partnership with the Future Project and a host of talented guest facilitators, The Soul Experience was a chance to support young people in practicing self-care and self love by developing tools to support their holistic health (mental, spiritual, physical, emotional). Roughly 20 students participated in three workshops around self-care and self-love and engaged in art-making, releasing trauma circles, dancing, and drumming workshops and left with a personalized Self-Care Kit. The day was deeply transformational, healing and inspiring for the students involved.

On June 11, Fly By Light youth artists from across Washington, D.C. shared their original music, poetry and dance at our annual Summer Arts Showcase to a full house of over 200 people. With the guidance of our after-school facilitators, these tenacious young minds honed their talents for months to create a series of awe-inspiring performances which told their stories and help bring awareness to the problems they've been faced with as young people growing up in the nation's capital.

Also as part of the event, we premiered a brand new music video for the song “Unity”. The song’s creator, Marcus Morgan (a.k.a. IAmPoppCulture), is an alumnus of One Common Unity’s youth programming, and he dedicated the song to the organization that he adamantly credits as having “saved his life”. The "Unity" music video illustrates and embodies the power of D.C. youth and their resiliency in overcoming the trials and tribulations which affect not only their own communities but the world at-large.

All of these awesome events and more are made possible thanks to you. Your ongoing support will continue to allow us to build pathways towards a better future with the upcoming generation of leaders. 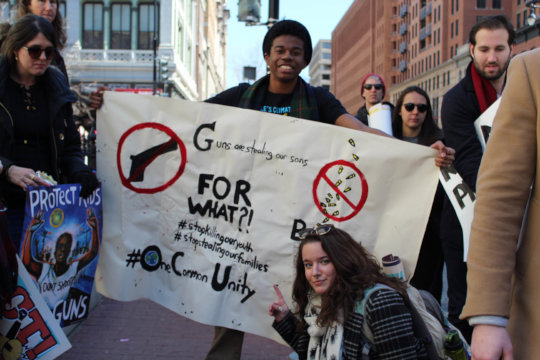 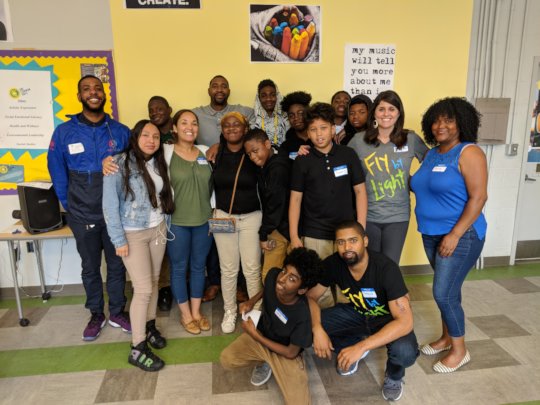 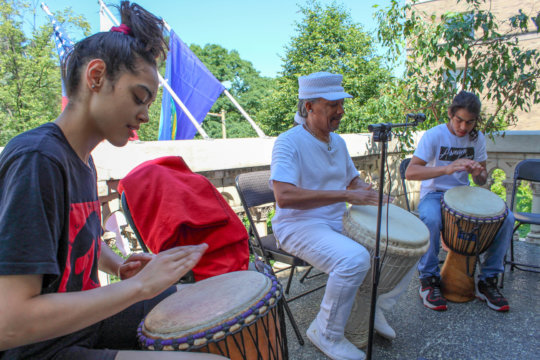 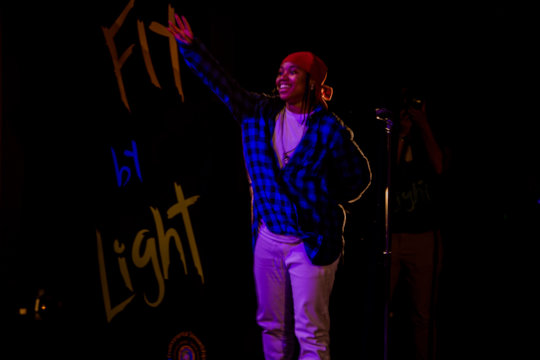 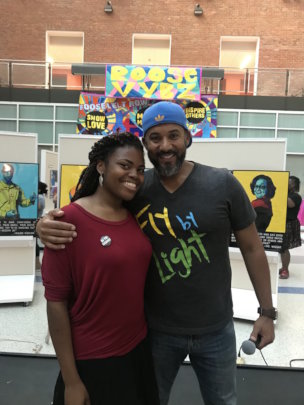 Roosevelt Row
‹ 1 2 3 4 5 6 ›
WARNING: Javascript is currently disabled or is not available in your browser. GlobalGiving makes extensive use of Javascript and will not function properly with Javascript disabled. Please enable Javascript and refresh this page.