RAISING TO A NEW HOPE 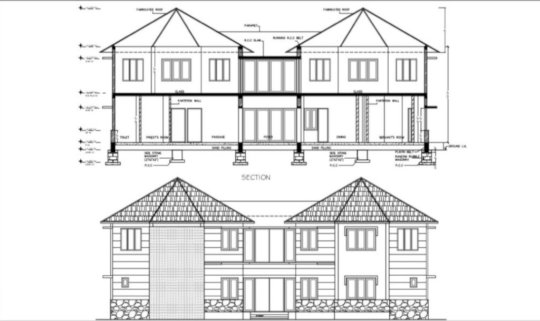 As 2019 begins, we would like to take this opportunity to thank each one of you for supporting the Hope-Anti addiction action group for supporting to start the centre for the visually impaired.

We derive great pleasure to have taken this path and it is always a special moment to share our milestones with you. You have helped us accomplish each milestone and fuel us the hope to go further ahead. On behalf of Hope, our heartfelt appreciation to every one of you for your ongoing participation and support.

As we travel into greater action this year, we would aspire to cloud our social media networks with inspiring posts. The actions taken should make a move into accommodative and operational spaces, that support groups for training's to be undertaken. There could be friends, associations, corporations, schools, social entrepreneurs, student’s movements, universities who are looking out for small initiatives to help and they are unable to find us. Even a coffee time break could be worthwhile to share with fellow staff at your work could help tell our story and transform people’s life. I assure your life will never be the same! Madhava, a well-wisher and a volunteer from Bangalore, had dedicated the year 2019 of his time and expertise towards our project. When he heard about the new office site construction, he immediately came forward to offer his support and wished the social centre starts re-skilling young people in group activities.

Ever since we launched the fundraising campaign, we have had the opportunity to use the premises. Even though it still is incomplete with walls erected without a roof, a cemented floor and without shutters, we continue to aspire and dream of a completed building soon.

During a recent site visit to our centre, Mr. Adolph a successful entrepreneur from Dubai was overwhelmed about our project and activities. He gave his feeling about this milestone, he said ‘the results are sustainable and that if the centre is completed it will provide an excellent environment conducive to learning for researchers and young people to have fun and innovate in a rural place like this’. The core members were amazed by the speed of progress exhibited in such a short period of time and to see our vision coming to fruition. Everyone applauded the dedication of the team that was spearheading the fundraising campaign and extended extensive gratitude to the people behind the scenes for supporting and believing in community development.

A WORD OF GRATITUDEWe are highly encouraged to work on this mission with the funds that you've donated. Thanks for your generosity.Together we can‘LET EVERYONE SEE’The Project Vision Team 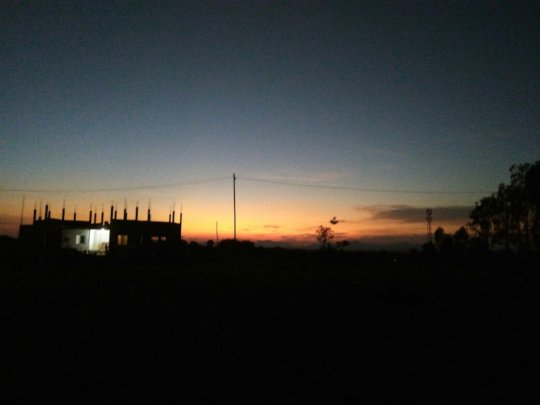 The dawn of our dreams. 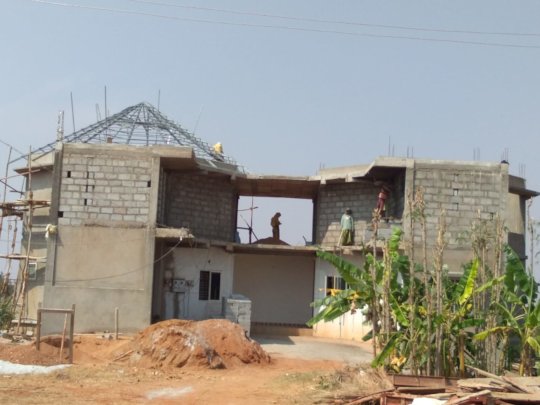 Our vision taking shape and form. 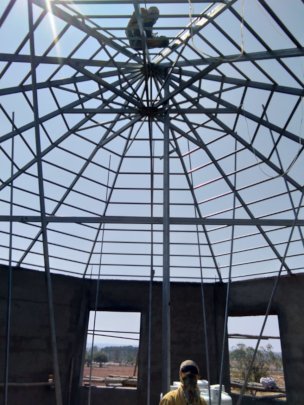 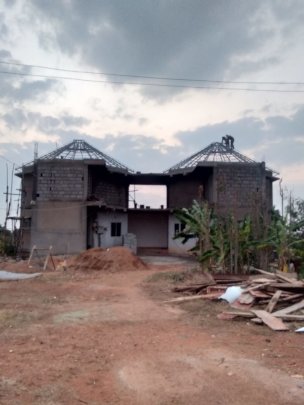 A new ray of hope. 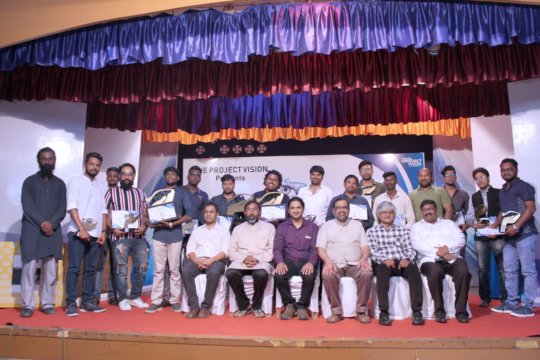 15 shortlisted filmmakers with their awards

The Program Commemorating 30 years of HOPE society was held at CMF, Bangalore on 9th December, 2018. A nostalgic and a beautiful event was attended by all the founders and society member. Hope’s journey from inception till date was presented by ‘The project Vision’, Founder Fr.George Kannananthanam. Hope's core message is to bring hope to all marginalised sections of the society. Initiated in 1988 by the CMF, we work across the spectrum covering alcohol and drug addiction, those suffering from HIV/AIDS, disabilities and disaster management.

In Disaster Management, ‘Bangalore Cares for Nepal’ is our initiative for the earthquake affected persons in Nepal. We focus on education and shelter. Similarly, ‘Bangalore Cares for Kerala’ we actively involved in supporting the flood affected Kerala during these 5 months and helped 3718 families building temporary shelters, cleaning houses and chlorination of wells, distribution of .01 Micron water filter, rebuilding of toilets, repair & restoration of schools building, and providing financial support by employing the villagers to build the temporary shelters.

'BACK TO WAYANAD' program is part of the “Bangalore Cares for Kerala” initiative with the objective of getting Wayanad Tourism back on track. Post the devastating floods; the tourist scenario had come to a standstill in Wayanad, which is heavily dependent on it for its economy and livelihood.

One focus on visual impairment which is continuously addressed under the banner ‘The Project Vision’. Providing Eye care facilities and promoting eye donation has been our continuous efforts. Since its inception in 2013, through our Initiative we are proud to announce the completion of 5 Years of ‘The Project Vision’.

Million Eyes- the term coined with the intent to reach the message of eye donation to a million people. The concept was conceived by ‘The project Vision’. The Short Film festival received entries across various locations and languages. This first-year launch happened to be on the 30th year of HOPE.

Our objective was bringing in artists, filmmakers and writers to be socially responsible to promote our common cause on eye donation. We opened the registration to receive 3-minute short film based on promoting eye donation. The Theme of the film festival – ‘Promotion of Eye donation’. We had over 1000 registrations for participation. Our Film submissions covered varied languages and across regions. Nationally acclaimed juries and critics shortlisted the top 15 films after the screening and judging process.

The first-year edition was a successful launch as we reached out to a million people through this festival. We felt promoting a social cause through artists, writers and filmmakers is an effective in this modern society who thrive on video driven content. The event was presided by internationally acclaimed documentary filmmakers Dr.Shaison and Ryan Lobo. The Shortlisted 15 short films were honoured, and the top three films were presented with cash prizes and awards.

Through My Eyes won the 3rd Prize for 'The Best Short Film' in Million Eyes International Short Film Festival – 2018. The film displays the feelings of visually challenged and how they feel when they miss to see the most beautiful things in their life.
Country - India
Language - English/Hindi
Director Name - Rajesh Kalbhor 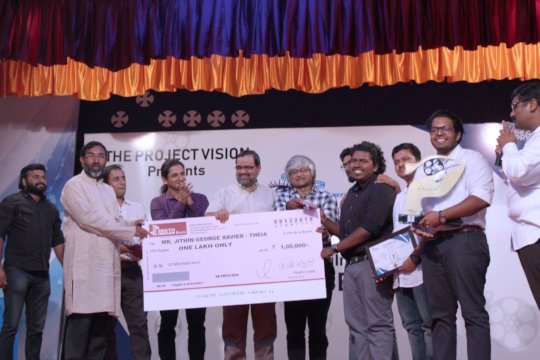 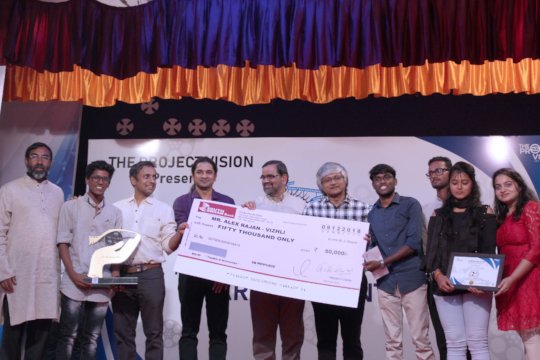 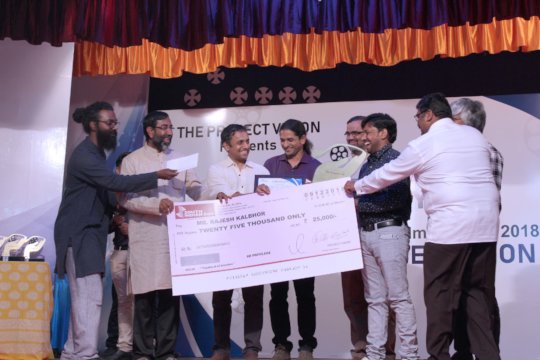 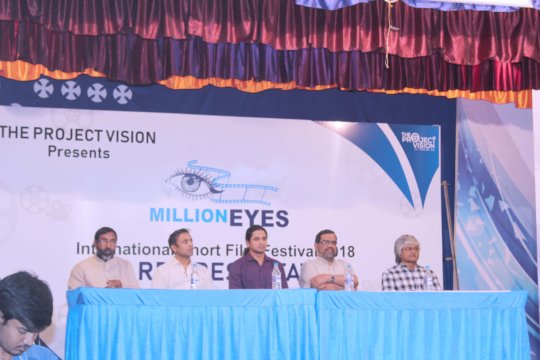 Dignitaries during the event. 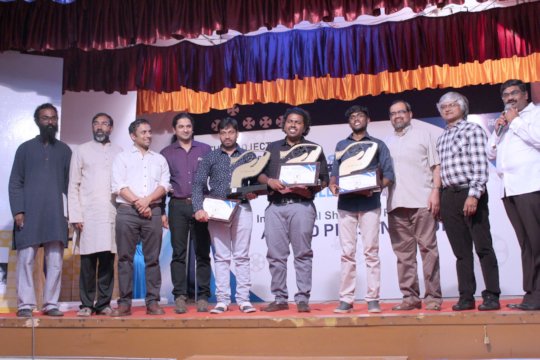 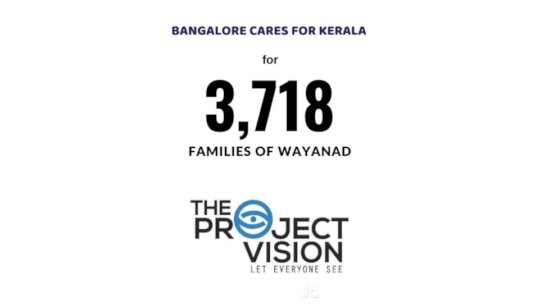 Across the District, families have returned from relief camps, attempting to rebuild their lives. The time for immediate relief is drawing to a close, but families are still left to face the long process of recovery. This is road where help is often limited, but urgently required.

Our View of Early Recovery in Kerala

Relief camps have shut down, host families are running out of capacity to shelter others for long periods and permanent reconstruction will take significant time to occur. People need to get back to their homes and restart their routines.

'PROJECT VISION’ was centered in Wayanad district of Kerala, with a focus on Panamaram, Thavinzal, Edavaka, Vellamunda  and Thondarnad panchayats which was allocated by the District Administration of Wayanad. Working with the government eliminates the duplication process and utilisation of the contribution received to the beneficiaries directly.

Here, the damage has been caused largely by landslides and flash floods affecting local tribes and communities from scheduled castes.

Building of temporary shelters, cleaning of houses and chlorination of wells, distribution of .01 Micron water filter, rebuilding of toilets, repair & restoration of schools building, and providing financial support by employing the villagers to build the temporary shelters.

REACHING OUT AND MAKING A DIFFERENCE!

Beginning late August, PROJECT VISION has been on ground in Wayanad, working to help communities recover with dignity as of 18th November:

The beneficiaries are happy and a ppt is attached.

'BACK TO WAYANAD' program is part of the “Bangalore Cares for Kerala” initiative with the objective of getting Wayanad Tourism back on track. Post the devastating floods; the tourist scenario had come to a standstill in Wayanad, which is heavily dependent on it for its economy and livelihood.

The whole concept was termed as Social Tourism since the idea was to improve tourism on the one hand and to contribute to a social cause through building shelters for the flood affected on the other. Many agencies and associations connected to Kerala are part of this initiative.

We launched the first of a series of on-site participatory three day Social Tourism program in Wayanad from the 30th September to the 2nd October in the weekend leading to Gandhi Jayanti and the 2nd towards 19th to 21st October.

The program opened the eyes of the 100 (2 Batches) participants to the real situation of the people whose lives have been badly affected by floods. They engaged in building shelters for the flood affected in five panchayat,  People from different walks of life with different skills teamed up and worked during these days to build over 100 shelter houses.

This was a good and successful launch of the first on the ground initiative of “Back to Wayanad” to provide confidence and insights to visitors to Wayanad and communicate the message of normalcy and safety while helping rebuild the flood hit tourism locations and contribute to helping in their livelihood and economy.

The evenings were organised with lot of fun - campfire, cultural programs, food and interactions. They stayed at resorts and hotels thus helping the hotels and resorts with business. 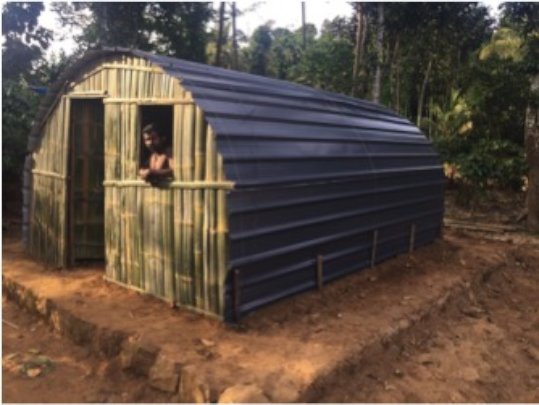 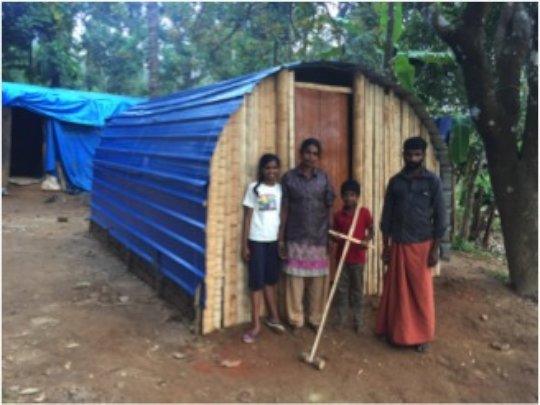 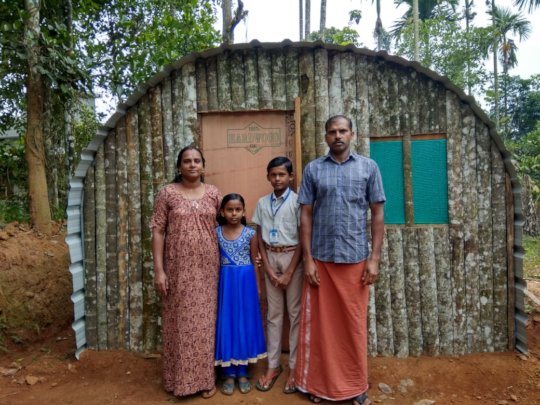 Lost everything...but happy to be under a shelter. 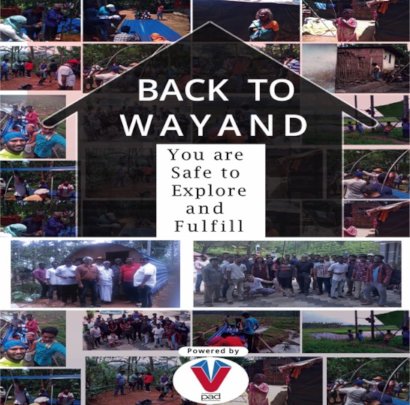 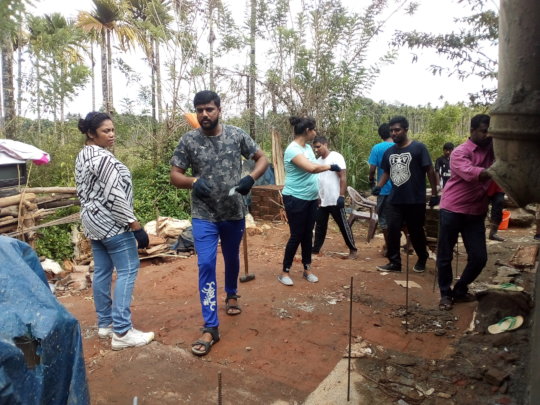 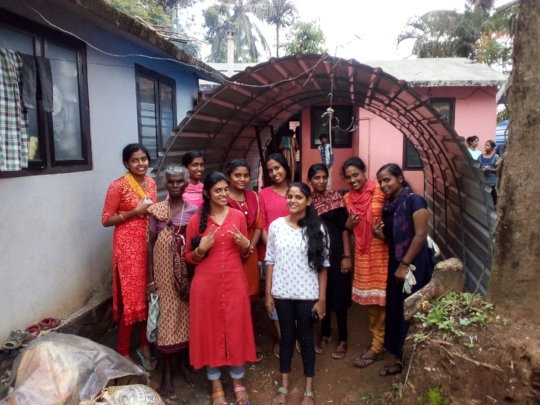 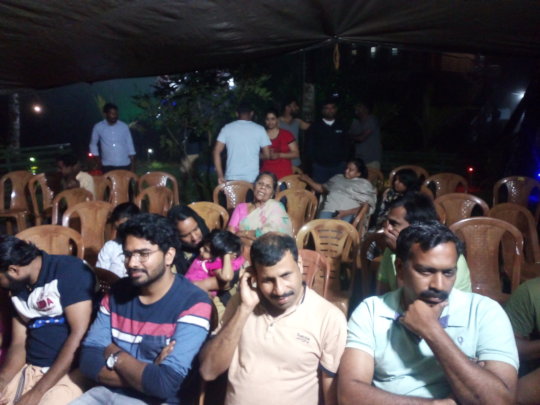 Entertainment during the social tourism....

Attachments:
‹ 1 ... 3 4 5 6 7 8 9 10 11 ›
WARNING: Javascript is currently disabled or is not available in your browser. GlobalGiving makes extensive use of Javascript and will not function properly with Javascript disabled. Please enable Javascript and refresh this page.