Inaugurating the novel initiative, Dr Parameswar said, “I have pledged my eyes. When I die, my eyes will not go to the soil. It will give sight to two blind persons”. He expressed the hope that more people would come forward to donate their eyes with Project Vision, an initiative of the Claretian Fathers working for eye donation and eye care. Visually challenged child prodigy Ms Fathima Anshi also joined the inaugural ceremony.

Fr Jacob Arackal, CMF, Provincial of the Bangalore Province of the Claretians leading a prayer session prior to the inauguration.

Dr Parameswar also inaugurated a Project Vision Eye Care Clinic at the campus to provide eye care services for the rural poor. He also flagged off the ambulance for the Project Vision outreach programme.

Dr Rakesh Kumar, Deputy Commissioner of Tumkur District and Mr Vamshi, Superintendent of Police, also attended the programme. Hanumakka Rangaiah, Panchayat President, was also present at the inaugural function which was attended by people from villages around.

Project Vision was started in 2013 by Fr George Kannanthanam, a Claretian priest and a social worker to give sight to the blind and to help the blind persons to live a meaningful life. “The eye donation movement led by Project Vision in Bangalore has motivated about 500,000 persons to pledge to donate their eyes so far,” said Fr Kannanthanam. Sight has already been given to about 300 persons through corneal transplant.

“India has one third of the world’s 39 million blind population. Only 30,000 persons out of the nine million people, who died last year, donated their eyes. The motto of Project Vision is ‘Let Everyone See'”, added Fr Kannanthanam. 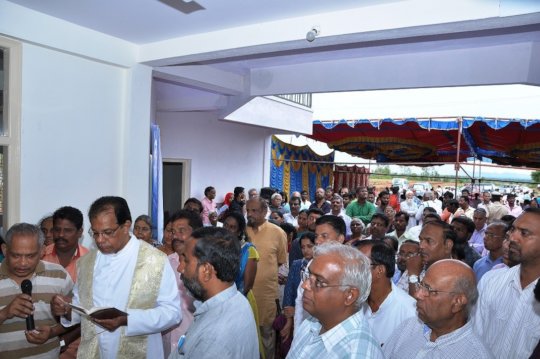 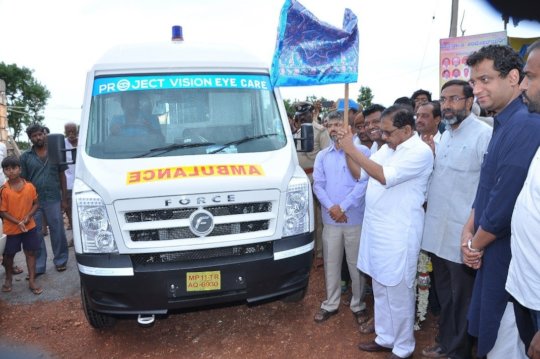 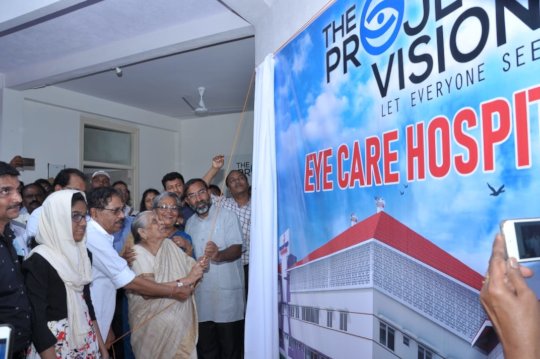 Inauguration of the Eye Clinic and Foundation laying of the Hospital 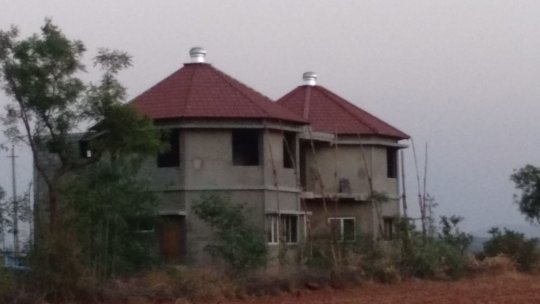 Inauguration of the Project Vision Rural Campus at Gauribidanur.

Four things are planned for the occasion:

Chief Guests – Shri Parameshwar, Deputy CM of Karnataka who is also the MLA of the constituency along with Mr Alphons Kannanthanam (Minister for tourism) Govt of India.

In 2018, The Project Vision launched a new project “Eye Hospital for 10 Million Poor in Karnataka” Please extend your support to complete this project.

2.Facility: This would be a 100 bed state of the art eye hospital with a built up area of about 20000 square feet, conducting 15000 camp patients and treating15000 patient at the base hospital. All surgeries will be made afforable.

3.Outreach model going to the villages: We will visit the villages, screen villagers and the needy are transported to the base hospital, surgery /treatment is done, and patients are commutated  back to their village at no cost.

Most of the parents wish themselves and their children to have a better tomorrow and a brighter future than they ever had, no matter how poor and impoverished they may be. Project vision launches mobile eye clinic for the rural school for eye screening and for the villagers. 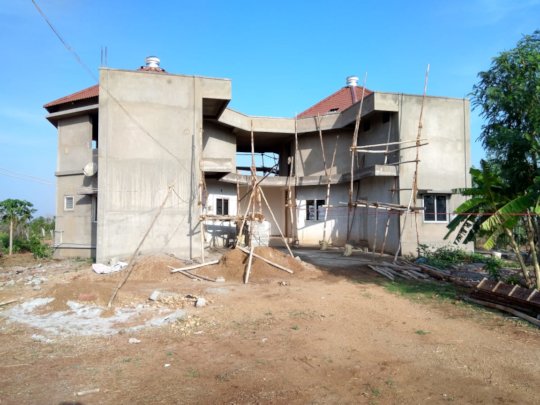 Construction in full swing towards inauguration.. 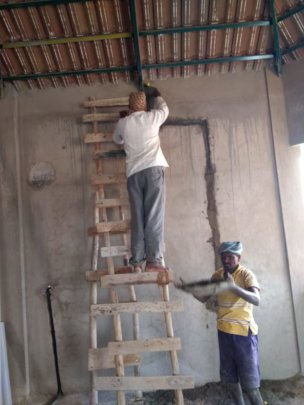 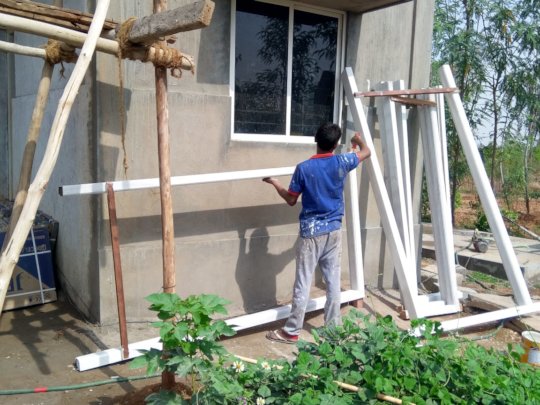 Everyone working hard for the completion......

Thank you for the support 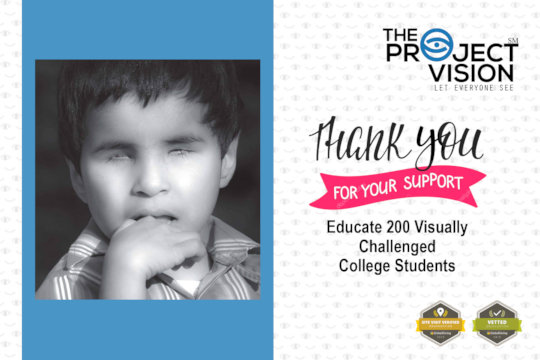 Heartfelt thanks to all the donors who supported!

The project which started towards December 2015 with the objective of educating 200 visually challenged college students, has been satisfyingly successful in fulfilling their dreams through the funds collected by GlobalGiving. The requested fund amount was $20000 while we raised $14305, which is 72% of the desired amount. From December 2015 till April 2019, we had facilitated support for three academic years.

TPV promoted the creation of facilities in colleges required for the study of visually challenged students as well as provided basic support for economically weaker students to access them. 80% of such students came from economically weaker backgrounds. They needed support for digital study aids and for their transportation cost, hostel and basic facilities in the hostels. Thus by establishing special centres and empowering students to access them the problem was almost addressed.

A Summary of Activities and Support  During This Funding Period

The Kerala Floods had made many families homeless, so we wish to rebuild houses for the poorest of the poor. We continue to work on this mission by concluding this project and starting a new project to build permanent houses for the deserving families.

Thanks for all your support and help which has been our fuel to run this program and activities. We also humbly request your support for our new initiative to build permanent houses for the flood affected families of kerala.