SOAR is My Benefactor 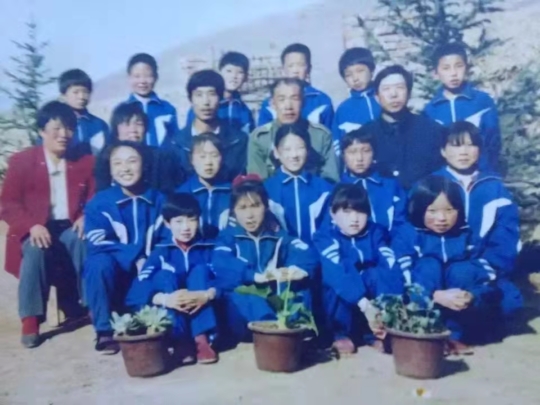 Every time I write about my experience, I feel that I cannot achieve anything today without that unforgettable past. It was SOAR that helped me through those difficult years. Yes, SOAR is my benefactor!

I was an orphan, my biological parents abandoned me three days after I was born. Because they wanted a boy, but I am a girl. My adopted family are also very poor. Tragically, my adopted father and brother passed away due to a lightning strike when I was three-year old. Then my adopted mother passed away suddenly from an unexpected stroke when I was nine-year old. Luckily, my adopted sister and her family took me to their home. But they were very poor as well. After fifth grade in elementary school, I dropped out of school because my sister's home did not have money for me to study. I had no choice but to go to work with my sister and brother-in-law, climb up the mountain to herd cattle, and watch my peers go to school. At that time. My sister and brother-in-law had a family of five. They depended on the weather for food. If it didn't rain for a year, there would be no harvest. There would be no income from crops. We barely had enough food to survive, let alone going to school for education. As the middle school entrance exam day approached, my brother-in-law told me that I couldn't continue studying, so the exam would be useless. As timid and ineloquent as I was, I could only obey. Fortunately, God took care of me. The heavy rain fell on the morning of the exam day, and we couldn't go up the mountain to work as usual. One can’t imagine how happy I was. I secretly ran out of the cottage and followed my classmates to another village to take the exam (the registration fee was ten RMB (about $1.4 dollar), half from my elementary school teacher, and the other half from a dozen of my classmates). I dared not tell my family about the matter. Because my exam scores were very good, even though I failed to register at the school when the school started, I got the attention of the local middle school, just in time for the nine-year compulsory education policy started. The middle school teacher found my brother-in-law and sincerely persuaded my brother-in-law to finally allow me to go to school. But my path to school was not smooth at all. Although the nine-year compulsory education system exempted my tuition, I still had no money to pay for school fees. Knowing that I was about to be forced out of school again, I secretly cried several times a day.

Just when I gave up the idea of going to school, a teacher approached me and said, "SOAR FOUNDATION can provide scholarships for you to go to school!" I burst into tears with joy, and carefully filled out the scholarship application form and wrote my autobiography... In September of that year, I received the first money order in my life. So the fate between me and SOAR began! With the SOAR Scholarship, my brother-in-law didn't have to bear any expenses for me, nor stopping me from studying. At that time, I secretly made up my mind to study hard, go out of the mountains, and see the outside world. SOAR not only gave me financial support, but my mentor often wrote to encourage me. Every time I received her letter, I was very happy, full of joy, and felt that I was the luckiest person in the world! In the next few years, I cherished every opportunity to contact SOAR, including filling out every form from SOAR. I was as serious as always because it was SOAR that gave me the opportunity to go to school. SOAR makes me confident, and SOAR made me optimistic. I learned knowledge and met friends in school together with my classmates, and spent the happiest time in middle and high school! Meeting SOAR 20 years ago changed my destiny and took me out of a remote mountain village. Today, 20 years later, I become the Head of SOAR’s Beijing Office. From accepting SOAR's help for the first time to now becoming SOAR's volunteer, I feel that I have never left the big family of SOAR. I can’t forget the day I joined the SOAR volunteer family. SOAR's teachers said to me, "Welcome back to the SOAR family!" Teachers! I will pass on SOAR's love forever!

Every time I write about my own experience,I feel that I cannot achieve anything today without that unforgettable past. It was SOAR that helped me through those difficult years. Yes, SOAR is my benefactor!

Starting Monday September 13th until Friday September 17th, during GlobalGiving's Little by Little campaign. ALL online donations up to $50 will be matched at 50% !* So if you donate $50, SOAR will receive $75 minus fees from GG. Make a bigger impact this week with the same amount of donation compared to other times of the year. 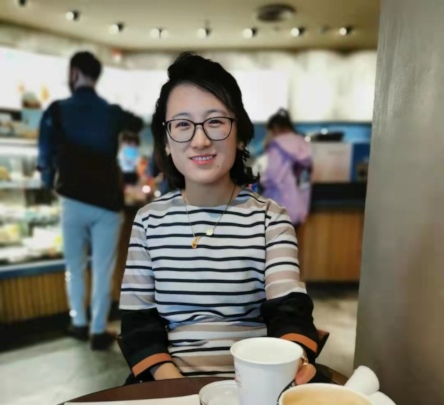 SOAR - You Are My Flashlight

By Original stories from Lynn, rewritten by Dawn - SOAR Student and Volunteer 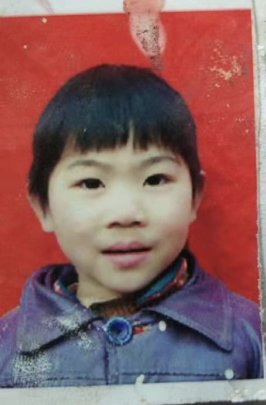 My name is Lynn, I was born in a small rural village called Dongchengzhai in Henan Province. As you might heard about Henan, it’s one of the poorest provinces in China. I was the 2nd child of the family. My older brother couldn’t afford college education so he became a peasant. This has been his largest regret in life. I was worried someday I would have to give up school too in order to support my younger brother. Our family’s debts amount were even higher after my mother’s surgery. My grandma has been handicapped for years. Thus, my father couldn’t leave our village to join the migrant workers in cities for higher salary, but stayed in the village planting our tiny humble land of crops and took care of the entire family.

Because of the heavy family financial burden, I only spent $0.5 dollars per day  for food at school. I look very skinny and lack of nutrition. Other students often laughed at me for being the “skeleton” of our school. Before meeting SOAR, I was quite confused and felt lost in life. I wanted to attend college, but that’s like a dream far far away from the crucial reality. I was worried and had nightmares that I had to drop out of high school and make a living for the family. Everyday I woke up like a zombie, walking without any directions. I found no meaning for life at all. Luckily enough, because I studied very hard and received high GPAs, SOAR scholarship nominator found me and encouraged me to apply for SOAR scholarships.

With SOAR Scholarships, I no longer starve myself on a daily basis nor worry about no food for dinner while having lunch. With SOAR Scholarships, I know I won’t drop out of school and I will go to college. Not only did SOAR provide financial support for my education, SOAR also provides mentorship. I was self-abased and had no confidence on anything. After joining the SOAR family, I learned there are many other poor students just like me. I no longer felt lonely. SOAR volunteers and donors devoted their time and money helping thousands of poor students in rural China. I have decided for my rest of my life, I will give back to the society and donate to SOAR once I start making money. I will help other poor students just like SOAR helped me.

SOAR - like my flashlight that lightened up my way from the darkest cave hole. Simple words can’t express how grateful I am.

Lynn is currently waiting for her college entrance exam result. If she applies and qualified, she will get SOAR College Scholarship. Some SOAR students had give up college scholarship application as they wanted to leave the limited fund for other younger students who need scholarships more to finish high school.

More details and news are coming, stay tuned and set up alarm clock  ^-^ 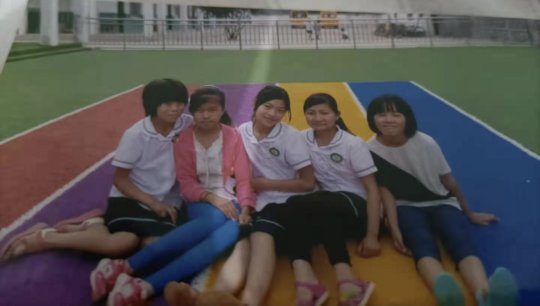 Skinny Lynn at school with classmates

By K.W., translated by Lucy, Edited by Dawn - Student and Volunteers 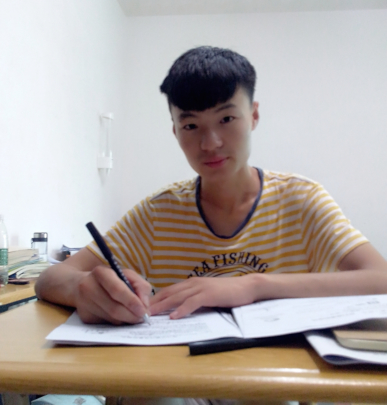 My name is K. W.   I’m from a very poor village in Henan Province, one of the most impoverished provinces in China.

My parents divorced when I was only two years old, and I was left with my alcoholic dad.  One day, my dad sold me to the owner of a restaurant because he couldn’t pay for his drink.  I spent the next few days alone in a dark shed, with very little food and water.  The horrific memory of those days still haunts me today.  Fortunately my grandparents found me and brought me back home.

I was a top student for the first five years when I was in elementary school. Then at 6th grade, i went to the town for a boarding school. That was the first time I was away from my family, and I was really excited about my newly gained "freedom".  Without the supervision of my grandparents, I began to smoke, drink, and get into fights. Unsurprisingly, my grades plummeted. By the end of the school year, I was one of the worst students and was expelled from the school.

At the young age of 11, I left home and began to earn my own living.  At the beginning, I felt that I had finally broken free from all the constraints and could enjoy my new life.  But after a while, I was crushed by the reality.   Since I was a minor, I could only find part-time jobs at construction sites. The work was painstaking, especially during summer when the sun was so brutal.  My clothes were always soaked in sweat, and I fainted several times under the severe heat.  I was verbally abused constantly by the head worker, and always given the hardest and dirtiest jobs.  I thought about quitting and going back to school, but I believed there was no turning back.

One day, while passing by a school, I heard the students reading aloud from their textbooks. That night, I dreamt of returning to school.  When I woke up from the dream, I cried my heart out.  How I wished that I could return to school!  At that moment, I knew it was time for me to go home.

When I finally made home, I told grandpa that I knew I had messed up, but I really wanted to return to school.  “As long as you want to go back”, grandpa said, “we will do our best to support you”. It was at that time I met SOAR.

So three years after leaving the campus, I finally returned, with my old school bag and a new determination for success. Since 2017, SOAR Foundation has provided me scholarships through my three-year high school. And at the same time, I was enlightened by the SOAR mentors. I am now a college student. My experience made me realize that although there might be many storms in our life’s journey, the most beautiful rainbows will always appear after the storms.  Every cloud has a silver lining and SOAR is my silver lining. As for my future plan, I hope I could get a master’s degree after college so that I can better serve our society.  I’m very grateful for the volunteers and donors from SOAR as well as my grandparents, and I hope I can repay their love and support with my hard work.  No matter what challenges are awaiting for me, I’m confident that I will be able to overcome them and lead a meaningful life.

The 2021 first issue of the SOAR newsletter is now available. Please click the link below to view it online:https://soarfoundation.net/wp-content/uploads/Newsletters/202102Newsletter.pdf 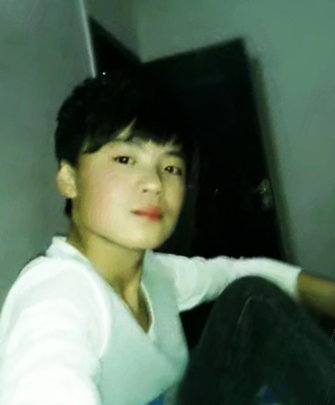 K.W. working as a minor construction worker
1 2 3 4 5 6 7 8 9 ›
WARNING: Javascript is currently disabled or is not available in your browser. GlobalGiving makes extensive use of Javascript and will not function properly with Javascript disabled. Please enable Javascript and refresh this page.