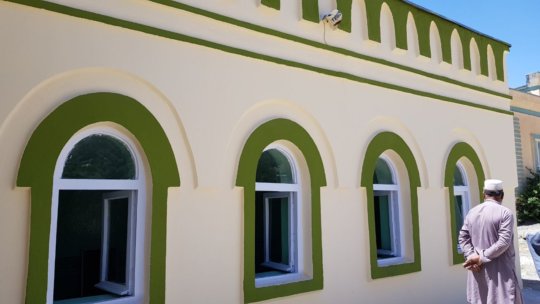 Writing this report has caused me to think about the rhythms of life.  I am writing it because our usual report authors here in Michigan are busy writing their college applications.  Soon they will head off to a university, having aquired a  greater understanding of the world because of their participation in Kids 4 Afghan Kids.  They will be replaced by a new generation of student leaders, as has happened every year since K4AK was founded in 1998.

We've also continued our usual fundraising events.  Student volunteers have sold cold drinks at Northville Michigan's Victorian festival, and have sold cake pops, along with items made in the village, such as embroidered book marks, at various holiday craft fairs.  Students from Northville High School have volunteered to help artists and crafters at several other craft fairs and have then donated their tips to K4AK.  For those of you in Michigan, come see us at the Alternative Christmas Fair in Farmington Hills on November 12.  All the money raised goes to support the project.

We are also nearing the close of another school year in Afghanistan.  As you may know, students in Afghanistan go to school during the Spring, Summer and Fall and take a holiday during the Winter when it is often snowy and too cold for them to walk the several miles to school, especially since many have no shoes or coats.   Autumn also means we will soon have yet another generation of graduates who either will go on to find jobs in other cities, or stay in the village to become better farmers, parents and more informed citizens.  Several will also go on to college.  Unlike some areas of Afghanistan, "our" village has, over the years,  come to appreciate education and the value of college, even for girls.  The village works together to help college bound students acheive their dreams.

Your donations have helped us educate more than 1200 children this year.  We also are pleased that we have nearly met our original goal on GlobalGiving.  Thank you!  We expect to begin two new GlobalGiving projects soon.  One of them will be to fund the operation of the schools again next year.  The other project will raise money to repair the four school buildings, and the orphanage, on our original project.  These repairs are necesssary because some of the buildings are nearly 20 years old.  We are in the process of getting good cost estimates.  We will list these projects on GlobalGiving when we have those numbers.

In the meantime, we have purchased paint and plaster for a few of the repairs.  We also have begun to purchase warm winter clothing for the orphans to replace outgrown and worn out items.  We've bought rugs for the orphanage, which are especially important because the orphans very often sit on the hard, stone floor.

Construction of the hospital is continuing.  The second project site, which eventually will house schools, a clinic and an orphanage, like the original site, also is progressing well.  We'll even have electricity on this second site!  Because the original site is located in southern Afghanistan and the new site is in northern Afghanistan, the local farmers grow different crops.  We will facilitate a student exchange, so that agriculture students from one village can learn the farming techniques of the other village.  The two villages have also agreed that in the event of a war or natural disaster, they will house and feed the people of the other village, thus allowing them both a measure of security.  They would not have known each other but for K4AK, so it is your donations that have made this happen.

We hope you feel proud of what your donations have accomplished.   We constantly hear how much the families and children of Afghanistan appreciate the opportunity to attend school.   As always, we are an all volunteer organization, so every penny goes to purchase food, clothing and an education for impoverished families in Afghanistan. 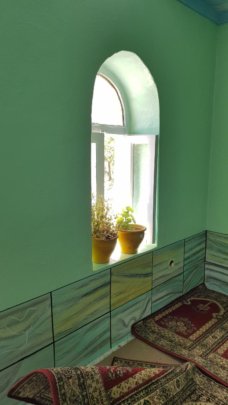 Rugs for the orphanage

During the past year, Kids 4 Afghan Kids continued working on projects from previous years and initiated some new ones as well. The construction of a new, larger hospital facility is going well. The second campus’s development is continuing on pace, and the satellite campus recently achieved an important goal, thanks to all of your continued support. Kids 4 Afghan Kids also hopes to initiate a new project, a learning center and is planning a campaign to raise funds for it.

Kids 4 Afghan Kids recently had an exciting opportunity for donors to the project. The project is very thankful for a generous donation of a two-week vacation in the Moon Palace Resort in Mexico. This vacation experience is available for anyone willing to donate $2600 or more weekly to Kids 4 Afghan Kids.

Kids 4 Afghan Kids continues to improve its website and global giving pages, through the volunteering of its high school ambassadors. The website now features better email and volunteering sign up pages, and everyone can help out the project. Please check out our website at http://kids4afghankids.org/.

The hospital continues to proceed toward completion, and is a much-needed upgrade to the clinic already established. Kids 4 Afghan Kids is thankful for the progress, because once the hospital is completed it will be able to service the many students and their families in the village. In addition, since the hospital is much larger than the clinic, it will be able to accommodate the increased number of students and families once the second campus opens.

On the subject of the second campus, the landmark goal that Kids 4 Afghan Kids has achieved is building the electricity infrastructure for its buildings. The new campus has working electric lines for the different additions that are still under construction. This includes an impressive learning center that will feature a library, projectors in classrooms, educational films, computers, classrooms, and spaces for studying and reading. The campus also helps to increase the safety of all the students on the project, which is Kids 4 Afghan Kids’ number one concern. If there is any risk or concern on the current project, in any of the schools or villages, the satellite campus can serve as a temporary shelter for all the students and their families.

The well repair’s funding is still in progress; Kids 4 Afghan Kids has raised $1500 and still needs about $8000 more. The project also needs continued support to finish building the second campus, and will be starting a campaign to raise money for building the learning center. Kids 4 Afghan Kids is incredibly thankful for all the generous support received to establish educational facilities to students in Afghanistan, as well as continuing to improve the lives of all the families involved in the project with humanitarian, educational, and medical support. Thank you for your continued support! 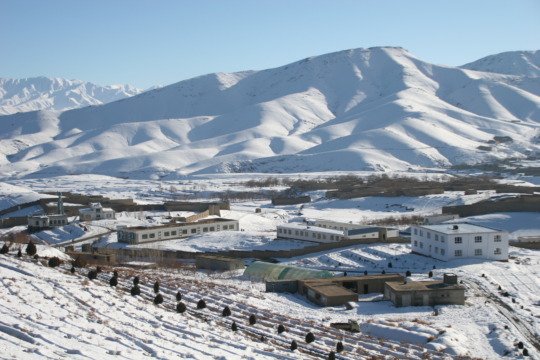 Winter Snow at the Original Project

We are in the early stages of a new school year at the Kids 4 Afghan Kids’ project in rural Afghanistan.  Unlike schools in the United States, our school year runs from March until December.  We close during the winter months when it is too cold for the children to walk to schools, particularly because many must walk for hours and very often have inadequate – or no - shoes and coats.

On the original campus, our school year finished very well last year with 2,400 children in school and 150 graduating from high school.   The clinic, fruit trees and bakery continue to help improve people’s lives.  Construction on the hospital is moving along well.  We also are still searching for a cottage industry, such as saffron growing or textiles, which would allow the village to become more self- sustaining.

Our well, which broke after 10 years of continuous service, was repaired, thanks to help from donors on GlobalGiving and the Wardak family in Afghanistan.   The Wardak family also has generously offered to pay the ongoing costs of operating the original project, so we can concentrate on building the new, northern campus.

Construction on the new campus will begin this spring.   The first priority will be to put in a well and a learning center that will house classes.  We will then build a school and a clinic similar to those in the original campus.   Hopefully, with your help, we will eventually have two elementary schools, and two high schools, one each for boys and girls.  The learning center will then become a community library.

As always, we also appreciate our great community support here in Michigan.  A marketing class at the University of Michigan studied Kids 4 Afghan Kids as a class project and will give us their recommendations next week.  We are excited to learn about new ways to communicate about our project and our results!   We also would like to thank the Northville Community Senior Center, Northville High School’s chapter of the National  Honor Society and several parent volunteers for their help in raising money.   Several times a year, the Senior Center holds a Handcrafters’ craft fair.  The high school students volunteer to help the artists carry in their artwork and set up booths, and later help them break down the booths and cart out their belongings.   The crafters tip the students, who then donate the tips to us.  These tips are sufficient to pay the costs of educating several students at the project.

As always, we also greatly appreciate our GlobalGiving Donors.  Thank you for being an integral part of our efforts! 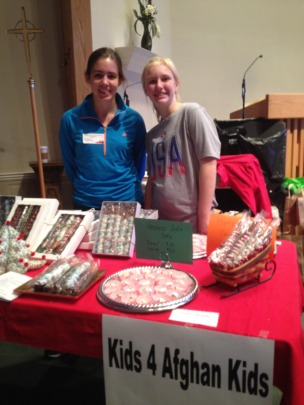 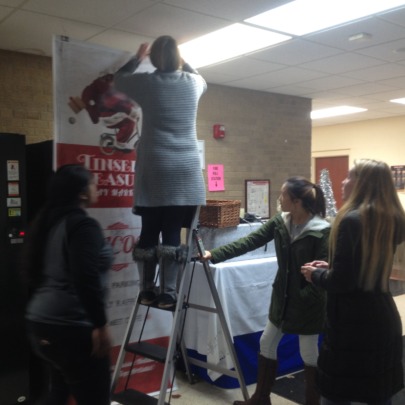 Northville Students Volunteer at the Craft Fair
‹ 1 2 3 4 5 6 7 ›
WARNING: Javascript is currently disabled or is not available in your browser. GlobalGiving makes extensive use of Javascript and will not function properly with Javascript disabled. Please enable Javascript and refresh this page.