By Kathi Kuehnel - Project Leader
My project report was due July 24.  I tried to submit it on-line as I've done in the past, but I had pictures I wanted to incorporate into the text and the website wouldn't take them.
I then submitted the report on-line in the text of my e-mail.   I got back a message saying it was being considered.  On July 26, I got a message saying it was rejected because the pictures didn't show up.  I immediately resubmitted it.  In both cases, I copied myself and the pictures showed up well on my copy.
I thought everything was fine until a few days later when I got a note saying my report was late.
I am adding as an attachment the same report I submitted on time on July 24.  Since I did submit it on time, I would appreciate it if you didn't mark it as being late.
Thank you,
Kathi Kuehnel
Attachments:
Apr 26, 2018

It’s that time of year again where we extend our thanks to you for donating your time and money to support Kids 4 Afghan Kids. None of this progress would be possible without people like you contributing to give kids in poverty better futures.

This amazing year brought even better news with it! After our hard work towards giving kids a better education, an astounding 4 students were given aviation scholarships and are studying being a pilot. Twelve females graduated this year, with half of them being orphans. A staggering 44 male students graduated as well, and 41 of them were accepted into Higher Education and have access to a better life.  Twelve male orphans graduated and now have more opportunities than ever before, including stable jobs and housing. Moreover, 14 students have already been accepted into jobs in the National Army, Police, and Air Force, while 3 students have gone above and beyond to pursue education and have traveled outside the country to broaden their minds and learn as much as they can. In addition, we started preparing the land at the second campus so that soon, even more kids can get an education and hopefully secure jobs for themselves. We’ve continued to make progress on the hospital, and it’s nearly ready to operate! On a similar note, about 10 patients visit the clinic daily now, which means the villages are much more healthy than before. Furthermore, we’ve done some tidying up of the orphanage and put in new carpeting as well as repainting it so that the kids can feel more comfortable and at home. 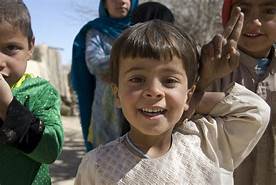 These new developments are important to all of us at Kids 4 Afghan Kids, and for me, Natasha, in particular, they make me proud of how far the organization’s come since I started volunteering four years ago. My experiences with the other student volunteers of Kids 4 Afghan Kids have always been fun and inspiring, because the projects we’ve completed just show how much of a difference one organization can have on the lives of so many. Thanks to your generosity, we’ve given several hundred kids an opportunity to make a better life for themselves and their families than they ever could have dreamed of.

My experience with Kids 4 Afghan Kids is priceless, and I wouldn’t give it up for the world. The privilege of working with others to achieve something that at one point, many people may have thought impossible, has really had a huge impact on my life because it taught me that you can do anything you set your mind to, even if the goal seems out of reach at the beginning. Kids 4 Afghan Kids also changed my perspective of the world because I got to see things from the whole new lens of the kids in Afghanistan, who are overjoyed to have something as simple as a safe source of water. This taught me that not everyone has the things that I took for granted, like electricity or even a reliable source of food. 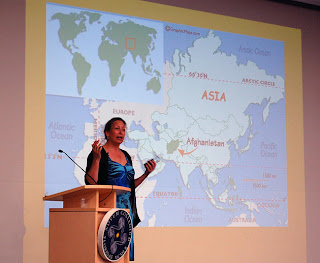 The people of Kids 4 Afghan Kids have had an even bigger effect on my life. It started in third grade, when my teacher, Mrs. Nedam, got me interested in the project when she showed the entire class a video of kids struggling in Afghanistan, trying to get a good education and not even having enough money to survive. I immediately asked her how I could help, and she showed me Kids 4 Afghan Kids. By now, I’ve helped raise funds at quite a few events, and I enjoyed every bit of my experience.

Mrs. Nedam has taught me so much about the lives of children in the Middle East and showed me that some things are bigger than just yourself. Sometimes, as they say, it takes a village to build a village.

Fundraising for K4AK made me much more confident in myself, which has been invaluable in my life because if you believe in yourself, you open the door to so many possibilities that weren’t even realistic before. I’ve learned that if I put myself out there, I can really make a difference in other people’s lives, no matter how young or old I am.

I wouldn’t be the person I am today if Kids 4 Afghan Kids hadn’t had enough support to run long enough for me to join in. For this reason, I want to personally, from the bottom of my heart, thank all of you donors for letting me volunteer for the amazing nonprofit that is Kids 4 Afghan Kids. You’re the reasons we’ve accomplished so much.

Another Year of Peaceful Education

When I was thinking about what to write in this report, Khris, the teacher who, along with her students, founded Kids 4 Afghan Kids in 1998, reminded me that we’ve had another peaceful year of educating students, especially girls. She writes that is “something we don’t ever want to take for granted.”  She’s right, of course.  In the US, education is something we take for granted.  It is very easy to forget that in rural Afghanistan, every day of school and every girl who learns to read is a big victory for K4AK.

Khris remains K4AK’s US Director.   Our director in Afghanistan recently had an opportunity to explain the political situation to a group of volunteers.  He told us that there are three types of areas in Afghanistan that he calls green, yellow and red.  Green areas are relatively safe.  They are the government controlled areas, mostly near big cities.  Red areas are controlled by insurgents and are very unstable and prone to violence.  Our project is in one of the many yellow areas – areas that are between the green and red, both geographically and politically.  There are safe pockets in those areas, such as our village and schools, but the surrounding area remains politically unstable and dangerous.

We have strong support in our village for educating all children and for teaching them about the outside world.  However, education remains a risky venture.   The men in the village, especially the fathers, volunteer to take turns acting as armed guards around the village 24/7.   They are on constant alert for a group that might seek to violently shut down our schools since there are still many people in the red and yellow areas who don’t think girls should be educated, or that children should learn about the outside world.

When you get fundraising requests from other organizations, it is usually accompanied by a heart warming story and photograph of someone helped by their programs.  You don’t get those stories and pictures from us, because doing so would put our project, especially the person pictured, into grave danger.  In these days of the internet and ubiquitous cell phones, it would be too easy for a photograph to end up in the wrong hands, possibly placing that person on a literal “hit list”.   We do have a few pictures of “our” children on our website, but children more easily disappear into a crowd and are harder to identify as they grow up and change.

If you have a group that would like to hear a presentation from us, we would love to come and show you some of the pictures of our graduates and tell you their success stories.  We just can’t put those photos into any electronic medium.  There is contact information on our website: http://kids4afghankids.org/.  Please contact us if you are interested.

We have had many successes!  Every year, several of our graduates are able to attend college, often in Kabul, but they occasionally even get scholarships to attend European universities.  Four of our students were recently accepted to a prestigious pilot training program in Afghanistan.  We are proud we gave them the strong science and math training required by the program.  When these students eventually find jobs, they often choose to support our project.  We are pleased that K4AK is sponsored by wonderful people both in the US and in Afghanistan.  It is a true partnership!

Here in the US, we have had a successful fundraising year.  We participated in the alternative Christmas Fair and sold out most of the baked goods made by one of our talented volunteers, as well as selling lapis jewelry and embroidered items made in Afghanistan.  And, once again, students sold drinks at the Northville Victorian parade and donated the tips they earned helping the artists at the Northville craft fairs.  We also sent hundreds of knitted hats, made by volunteers, to the village in preparation for their cold winters.  Of course, the steady stream of donations made by you through GlobalGiving has provided the core of our funding.

Construction of the hospital on our original site is progressing well, as is construction of the second site which eventually will house schools and a clinic similar to those on our first site.   We have also begun discussing how to raise money for a learning center that will help train those graduates who can’t go to college, or who don’t have an opportunity to make a living by farming.   We’d like to train high school graduates for skilled jobs such as plumbers, electricians, auto mechanics and nursing assistants.   Having a few electricians and plumbers would be doubly helpful now – not only could our graduates earn a living, but we might not have to pay for skilled workers to travel from other areas of the country to our construction sites.

Just like our students, we have dreams and, with your help, we will continue to work toward them.  Please know that your contributions are greatly appreciated both by us and by our students in Afghanistan, even if we often can’t show you pictures of their smiling faces.