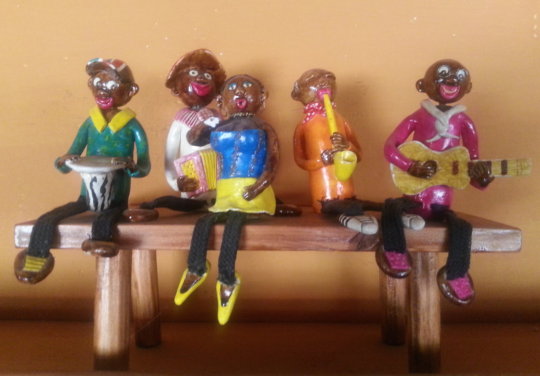 Musica band made by Uncle Tim

February is almost at an end and the pace of happenings at the Home shows no sign of slowing down. There is always the urgency to keep ahead of the game in trying to meet the needs of the Children despite the circumstances.

One of our Committee members, Tim, is quite a talented artist and he has produced miniature figurines that are for sale in the shop. There is a complete band ready and available.

There is the constant need to reduce expenses wherever possible without compromising on the quality of care that the Children receive. Electricity is one area that is a constant battle. A sponsor from Germany has very kindly donated an array of Solar Panels which are now used to charge large deep cycle batteries from which the security lights, all the lights in the main house and some of the wall sockets are connected to.

The furniture workshop showroom and finishing project is now under way. As one of the very important income generating projects, the woodwork shop will now have its’ own separate location where the finished goods will be put on display. This will hopefully increase the visibility of the products that are being produced and it is our hope that this will translate directly into increased orders. Thank you to those generous donors who have made this possible.

The rescue centre aspect of the Home continues to rise in importance. Aviguel is one of the children who was brought to the Home after she and three other children were rescued from their traffickers by the police. It turned out that she had been starved and had been mistreated and had broken bones in both her legs and her pelvis was fractured. She is making a remarkable recovery and she should soon be able to start the process of moving around independently as children her age should.

It is the smiling faces of the Children and the ‘ordinary’ problems that the young adults face that are victories in the work that the Team at the Home does. Much of this is due to the support that we receive from you that makes it possible for the Home to create the environment for lives to be lived as normal as possible. 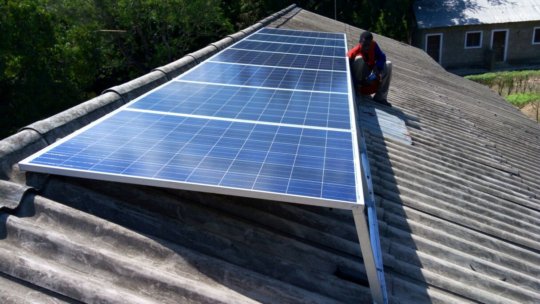 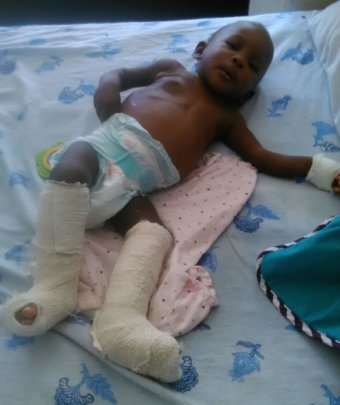 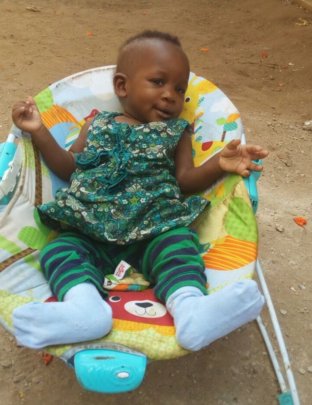 Aviguel after 3 months at the Home 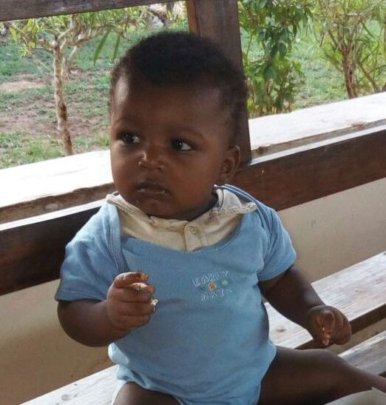 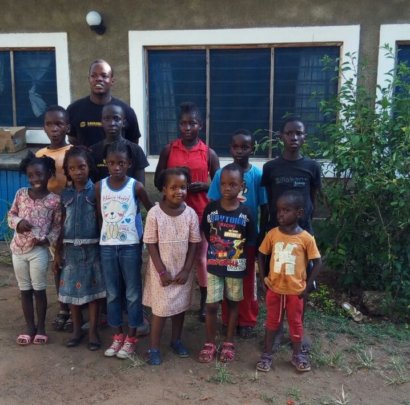 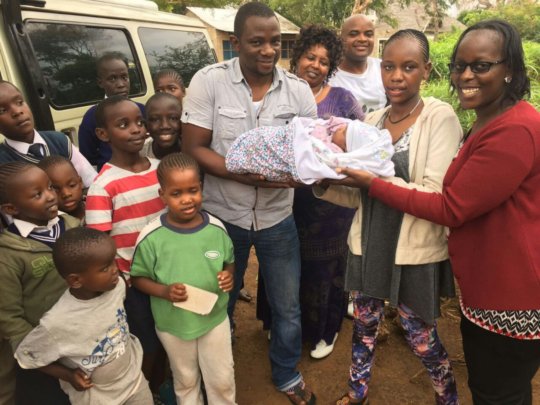 This quarter, a case came up that underscored the importance of the Home’s role as a rescue centre. Baby John, who was 2 days old, was brought in by the Children’s Department as his 16 year old mother was considering giving him up for adoption. She is the victim of a rape by a 55 year old man who is close to her family and because of the close relationship efforts have been made by some family members to not have her press charges against him and also give up the baby for adoption.

A few days after he arrived at the Home, Baby John developed a severe chest infection that necessitated immediate hospitalization. He did not respond very well to the treatment and his health continued to deteriorate. The paediatrician eventually asked if the Mother could be brought to the Hospital so she could shed some light on what happened when the baby was born.

Through this very brief encounter, the Mother began to develop a bondwith her baby. With the information she was able to provide, the correct treatment was given, and within a week he was discharged from hospital. After a couple of weeks at the Home during which his course of medication was completed, in consultation with the social worker from the Kiota Rescue Centre, the Children’s Department and the police, Baby John was formally reunited with his Mother.

They are now in a Home in Ruiru, a small town on the outskirts of Nairobi, that caters for young mothers, where she will stay until the trial is complete.

Revenue generating activities are the lifeblood of the Home. The workshop has recently finished some fairly sizeable furniture orders for educational institutions in Kwale County. The local County Executives have pledged to support the workshop in awarding them orders for school desks and chairs.

To meet the requirements, a review of the furniture workshop’s operations has resulted in the need to change the set up of the facilities that we have. The building that used to house the broiler project will now be converted to a finishing room and a show room for the finished furniture. We will need to raise funds to carry out the renovations. This has quite suddenly jumped up in priority as the long term income generation will be directly impacted by the proposed changes.

With the long school holidays having started, careful thought has been given as to how to occupy the active minds of these youngsters and keep them focused on learning activities that are fun and rewarding.

Each child has been given a small section of shamba (the Swahili word for garden) for them to prepare, plant and tend to their choice of crops that will eventually end up on the dinner table! They have taken to the task with great enthusiasm and it will be a joy to see (and taste) the products of their handiwork.

Some have also begun to attend Tae Kwando lessons. We are sure they will learn the discipline associated with this fine martial art.

Sadly little Yusuf, who featured in one of our past newsletters with a rubix cube, broke his femur while playing with his age mates. He is now in Msambweni Hospital on traction for the next 4 weeks! All the staff are working hard to try and make this long stay as comfortable and bearable as possible for the active little chap.

It is almost the end of another year and it is time to wish all our friends and supporters our Warmest Wishes for a Happy Christmas and our prayers for a Peaceful and Prosperous New Year. 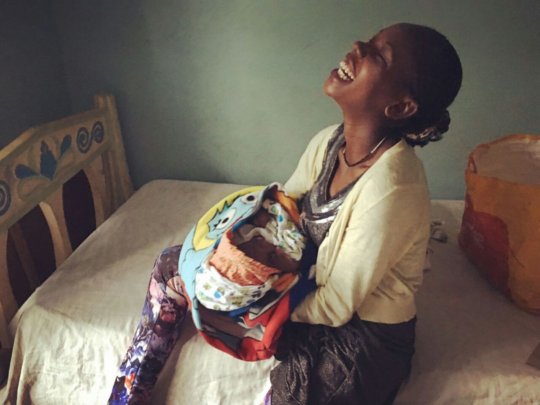 Baby John reunited with his mum 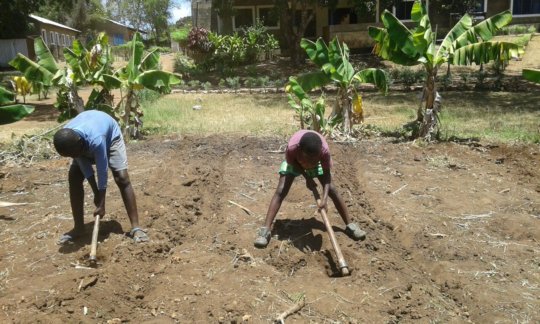 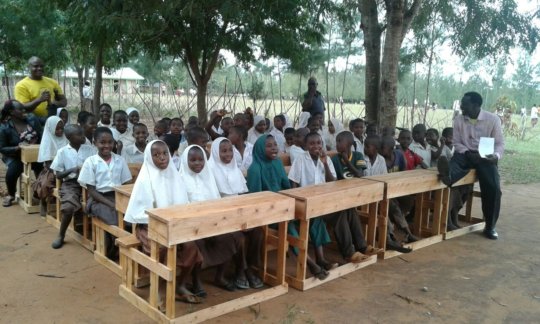 Schooldesks for school at Samburu 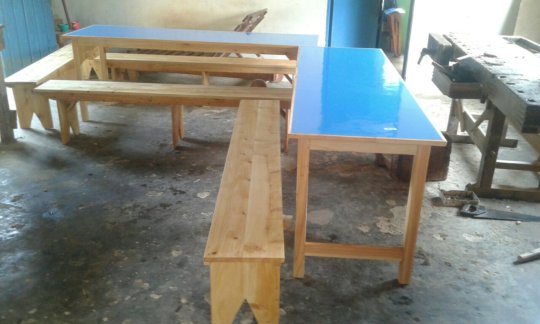 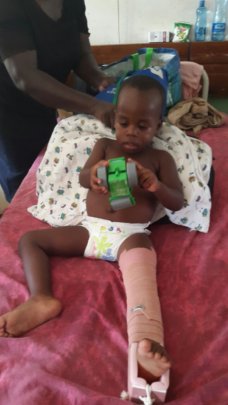 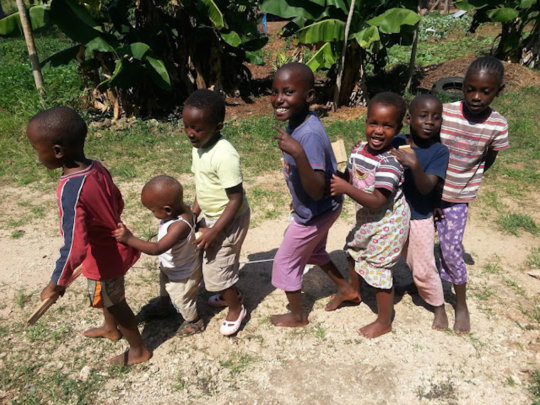 Keeping the Home running is a full time affair. There are various projects that are in place to help with fund raising.

The Workshop is run by Ishmael, who was trained by the Association of Physically Disabled Kenyans (APDK). It is an organization that is well renowned for the craftsmen and women who graduate out of their programs.

There are many customers who order furniture for their homes, businesses and for schools. They have recently complete orders of school desks for schools in Makobe, Samburu and in Kwale.

Ishmael’s creations are well appreciated and he has made some very unique pieces to order for customers as far away as Nairobi!

The workshop also affords those youngster who are interested a chance to try their hand at creating their own pieces. There are some very interesting items that have been made by those little hands and super active minds!

Play……some months ago, a group of visitors from Germany visited the Home and brought with them a fabric screen printing set.

They taught the children and some of the staff how to print fabric and now there are whole lot of new designs popping up, and some are very hip!

It is amazing to see how fashion conscious these little kids are.

As with everything, work and play are extended to the daily lives of the different age groups;

Yona has travelled to Tsavo West National Park to do a three month internship at the Severin Safari Camp. This experience will be very valuable for his future career and personal development.

Grace has secured a three month internship with Southerncross Safaris, one of the oldest and most well established safari companies on the Kenya Coast.

We wish them both good luck!

Now it is the long summer holidays and Linda, Joy, Cliff, Freddy, Manu and Henry are all going on a school trips some to Tsavo East National Park others to the Great Rift Valley, where they will stay at Lake Nakuru National Park which is famous for the millions of pink flamingos and the high number of Southern White Rhino.

It will be trip that they will remember for a very long time and make them begin to value what there beautiful country has to offer.

Without the help of all of you who have supported and given a helping hand we would not be able to run the project, many thanks to All! 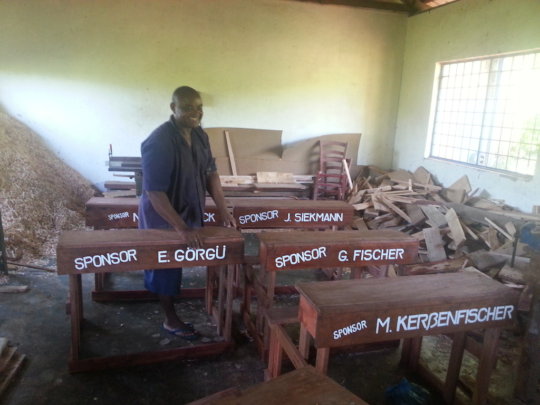 Ishmael at the Furniture Workshop 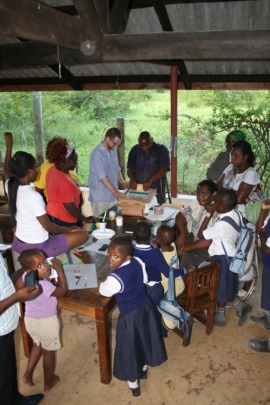 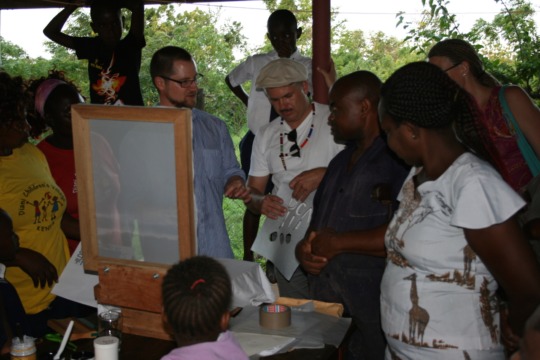 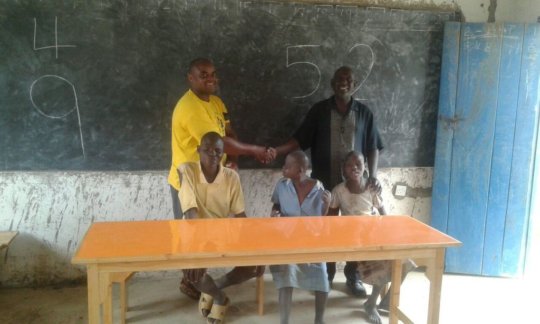 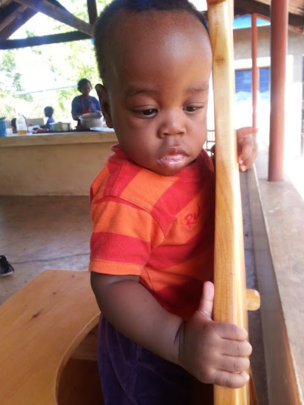 Yusuf 1.5 years
‹ 1 2 3 4 5 6 7 8 ›
WARNING: Javascript is currently disabled or is not available in your browser. GlobalGiving makes extensive use of Javascript and will not function properly with Javascript disabled. Please enable Javascript and refresh this page.