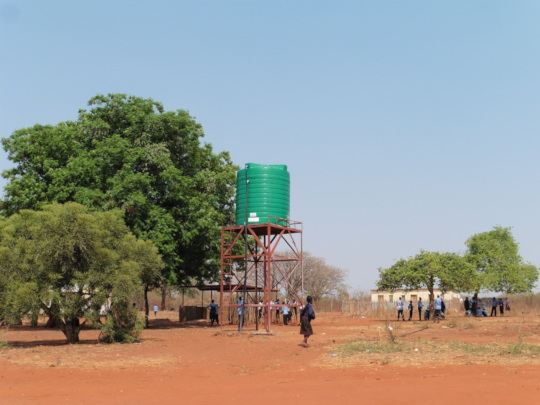 Due to COVID-19 pandemic The Butterfly Tree has applied the following measures:

On a happier note The Butterfly Tree has received a substantial grant for our Seeds for Life project, through the GlobalGiving platform. This has given a tremendous boost to everyone concerned, most especially Zambian schools and communities where we work.

The grant will enable us to increase the number of school gardens we support, to create sustainable feeding programmes and for schools to raise money by selling produce to generate income. Five schools with largest numbers of pupils will be given water reticulation systems. We will also be adding more boreholes to schools that have no access to safe clean water.

The Zambian Ministry of Education recently announced that schools must become sustainable and provide income-generation to support the needs of the school. This grant will enable several thousand school children to have sustainable school gardens to provide provide feeding programmes, which will greatly benefit children who walk long distances to seek an education.

As soon as it is deemed safe to do so we will commence the implementation of these projects, which will play a vital role in helping schools and communities to recover from the drought and the global COVID-19 pandemic.

Food distributions continue to take place to help those still suffering from hunger, with priority being given to orphans and vbulnerable children, women-headed households and the elderly. The threat of the spread of COVID-19 in Zambia increases the need for support. Zambia has reported three cases of the virus brought in from outside the nation.

We are extremely grateful to have received this grant and other donations, which provide much needed funds for our Seeds For Life project. 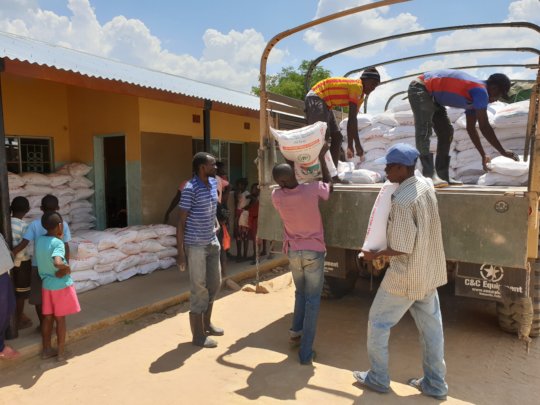 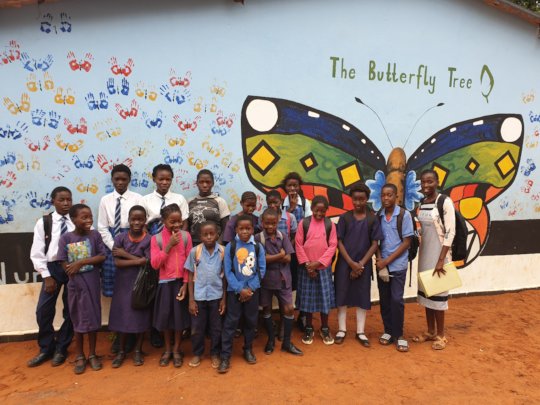 I have just returned from Zambia where much of my time was spent meeting the orphans we are supporting, mainly at Mukuni, Kamwi, Ngandu and River View Schools. This past year our priority has been to ensure that they all have food as many of them live alone or with elderly grandparents. The new school year commenced in January and some of the orphans progressed to grades 8 and 10 after sitting exams. Unfortunately, some failed and will re-sit their exams later in the year. The drought has worsened the poverty in most areas and many parents have been unable to enrol their children in school this year. However, we recently had an increase in people wanting to sponsor orphans, subsequently we will continue to include all children that are vulnerable.

More children in Kazungula will shortly be able to attend school. Since our involvement at River View School the enrolment is now 1,600 pupils. The facility in Kazungula, the only township where we have a project, cannot take any more pupils. The new satellite school is almost complete and will take the overflow from the lower grades as well as children who have never been to school. The boarding shelters, funded by the same donors, accommodates over 40 pupils from outreach villages.

Twenty houses for orphans, disabled people and the elderly are currently being constructed by our youth builders. Funds have been donated to build a shop/workroom for uniform-making in Mukuni Village and five girls are to attend college as a result of a grant.

Thousands of children are receiving advanced education where previously they were taught in a mud and pole schools by untrained teachers. Our aim for the coming months is to provide food security for schools and communities, install more boreholes and expand educational facilities in rural areas.

Thank you to everyone who has supported The Butterfly Tree. 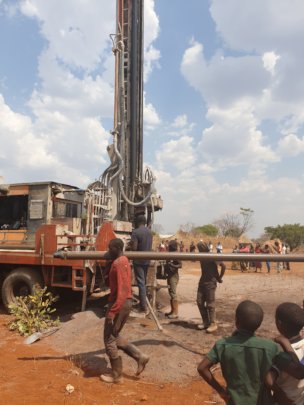 'CLIMATE CHANGE HAS BROUGHT PARTS OF ZAMBIA TO THE BRINK OF FAMINE' - reported by the BBC January 3rd, 2020

Last month one of our Zambian volunteers was asked to accompany a BBC reporter to act as a translator. The renowned broadcaster was doing a feature on climate change in Zambia and first wanted to visit Dundumwezi, a poor community in the Kazungula District, which we recently started supporting.

Known to be the poorest community in the District, the people of Dundumwezi have been suffering from the affects of the severe drought in Southern, Western, parts of the Eastern Provinces of Zambia. The area is close to the southern gate of Kafue National Park where rivers and streams have become dry.

This has resulted in people walking 10 kilometres to draw water from one of the three boreholes we installed in community schools in 2018. In October last year we engaged a drilling company to dry three boreholes in Dundumwezi and neighbouring villages, but they were all dry. However, We recently engaged a geologist to site water, resulting in locations where water can be sourced.

The demand for boreholes this past few months has been exceptional. We are pleased to report that the following schools and communities now have access to safe drinking water:

We have now installed over 30 boreholes with a further 6 planned in the coming weeks. Three for Dunduwezi, Cilebe and Mubuya community schools, Malimba junior school one one for Simonga Health Post, one for a women's beekeeping project in Muyunda and one for a village near Singwamba.

The Butterfly Tree is continuing to provide emegency relief to people suffering from hunger. 2.3 million people are affected, and in some areas, famine is apparent. Prior to, and during the Christmas period our amazing volunteers in Zambia continued to distribute food to remote areas, making sure that all the orphans we support had food.

We have given out over 10,000 bags of maize, each 25kg bag will last a family of four for one month. The need far exceeds what a relatively small organisation is capable of providing. However, we are in communication with the bigger NGO's who finally started providing emergency relief in early December. Even they cannot reach everyone therfore our aim is to support the remotest communities that get missed out.

The rains have now started, it will be a few months before communities can harvest their crops, but at least they have hope. We are looking into improved ways of farming and food supplies, encouraging people to grow less rain-dependent crops as climate change is certainly causing the change in weather patterns.

A huge thanks to everyone who has helped us to provided much needed water and food for these humble people. 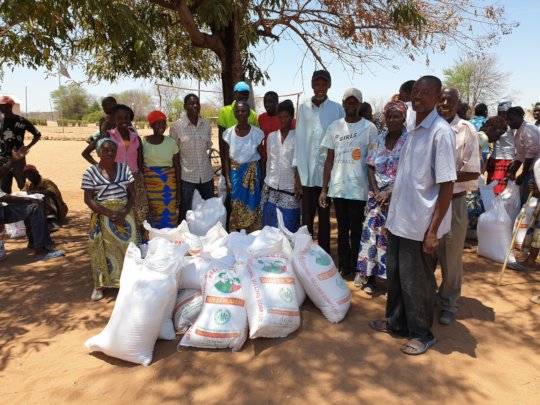 ‹ 1 ... 4 5 6 7 8 9 10 11 ... 51 ›
WARNING: Javascript is currently disabled or is not available in your browser. GlobalGiving makes extensive use of Javascript and will not function properly with Javascript disabled. Please enable Javascript and refresh this page.