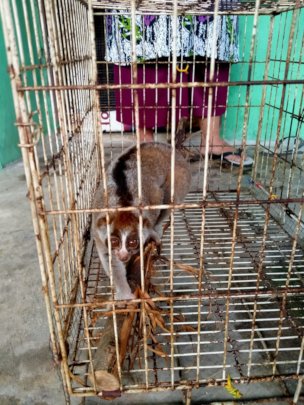 In the good coordination and cooperation of information reports from friends or partners of ISCP, namely the IAR Foundation through their IG @Kukangku Direct Messenger, the information is that there is a community on behalf of Mrs.NN reported there was slow loris get in lost to her house and with a good initiative Ms. NN reported to our partner @kukangku and the report was forwarded to ISCP where then ISCP coordinated with the North Sumatra BKSDA to save and secured the Sumatran slow loris.

Where the slow loris had recently entered or got lost to the resident's house, wherein after the slow loris was checked for health by the BKSDA veterinarian and it was still very healthy and still behaving wildly, on Saturday 24 April 2021 the slow loris which had been secured by the BKSDA team and the ISCP team were relocated to release in the conservation forest area of Deli Serdang district, North Sumatra.

We would like said thank you to #GoodPeople, namely Ms. NN and the ISCP partner of the IAR Indonesia Foundation through `` @kukangku, friends of the North Sumatra BKSDA and all the community and friends of wildlife observers Ngo's who have collaborated or worked hand in hand to save Sumatran slow loris and another protected wildlife, especially in North Sumatra and generally in Indonesia.

Let's #theSlowlorisSavior and #friendsISCP, keep continuing support and help ISCP and the government in the rescue and protection of Sumatran slow lorises and other wildlife by continuing to donate to ISCP fundraising,by click the link on our GlobalGiving crowdfunding. 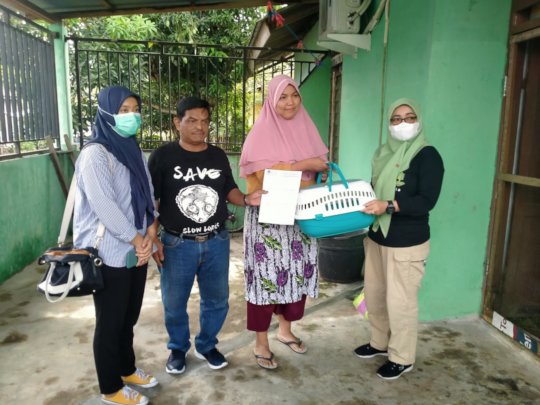 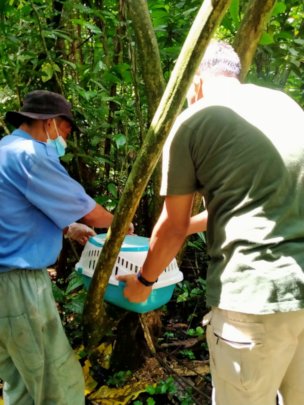 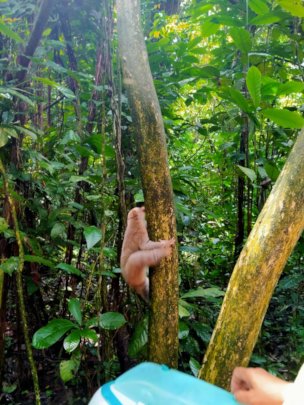 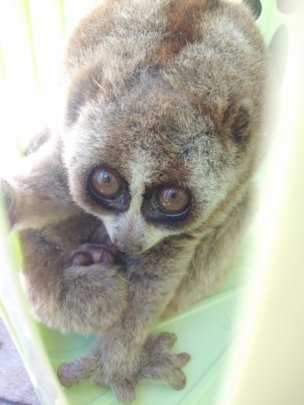 On Tuesday, April 20, 2021, the Central Aceh Bksda team and accompanied by ISCP Aceh representatives confiscated a male Sumatran slow loris, from a resident named Mr. Sugianto, 37 years old, who works as a vegetable trader, addressing the village of Blang Jorong, Bandar sub-district. , it's really classic reason which said he got the Sumatran slow loris from a resident who sold it to him, the slow loris has been kept for 3 days, he also admitted that he did not know that this animal was a protected animal, Mr. Sugianto apologized, after being given a strong warning from BKSDA accompanied by the ISCP team that in the future if buying or maintaining slow lorises will be subject to criminal penalties in accordance with Law No. 5 of 1990 concerning Conservation of Living Natural Resources and their Ecosystems.

Due to the fact that the Sumatran slow loris is having a health check where the slow loris is still healthy and still wild, on the same day the Aceh BKSDA team is accompanied by volunteers from ISCP representatives in Aceh releasing the slow loris in a safe conservation forest in Central Aceh,thus our report from the field.

#GoodPeople and #FriendsOfIscp let's continue to save the Sumatran slow loris and other wildlife by supporting ISCP and the government in saving wildlife by continuing to donate to ISCP fundraising,which you can click on the link on our GlobalGiving crowdfunding link. 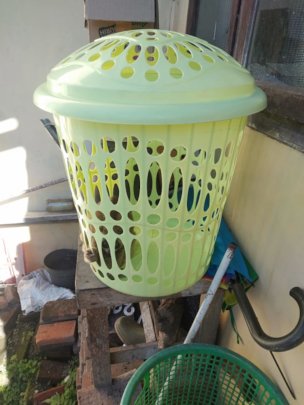 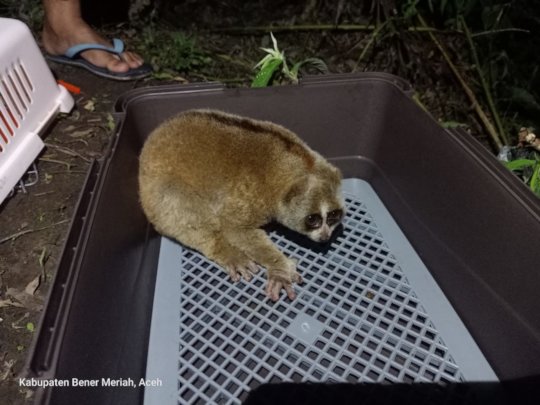 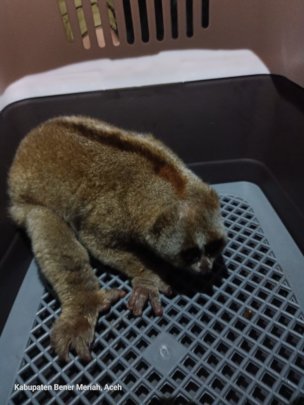 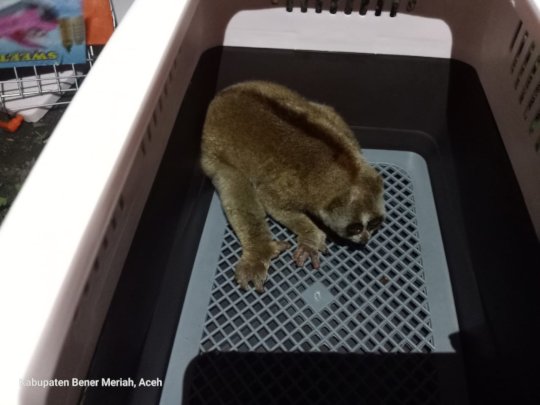 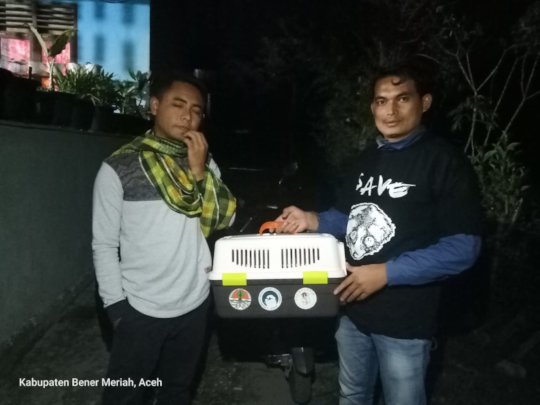 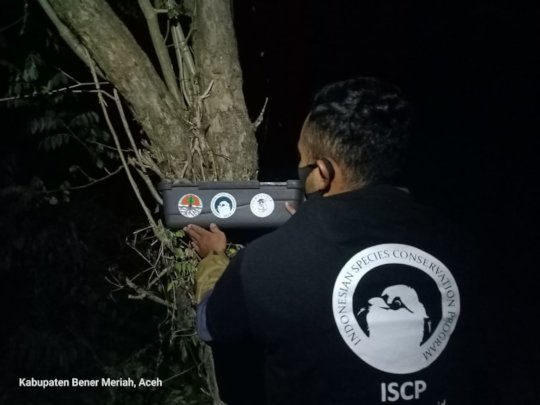 SL LIVE IN FOREST NOT IN YOUR HOUSE OR IN BIRDCAGE 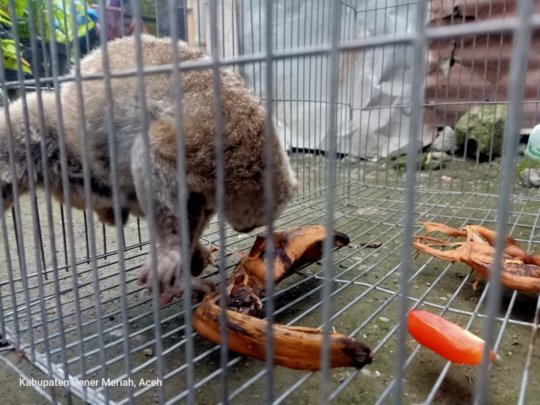 The ISCP Aceh representative team together with the Bksda resort Aceh staff are rescuing 2 male Sumatran slow lorises from two residents who keep illegally in two different villages, namely in Bale Atu village and Belang Rakal village, Central Aceh district on 7 and 8 April 2021. After a brief medical check-up in which the two slow lorises were still healthy and very wild, the Central Aceh Resort BKSDA team and the ISCP immediately released the two slow lorises to a safe conservation forest area in Central Aceh on Thursday afternoon, 8/4/2021.

#goodpeople , let's continue to save the Sumatran slow loris and other wildlife by supporting ISCP and the government in saving wildlife by continuing to donate to ISCP fundraising, which you can find and click on the link on our GlobalGiving crowdfunding link: https://www.globalgiving.org/projects/slowlorisandwildlifenewrehabilitationcenter/

Thank you and best wishes 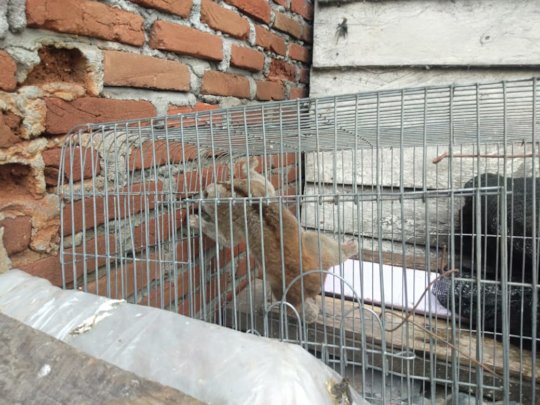 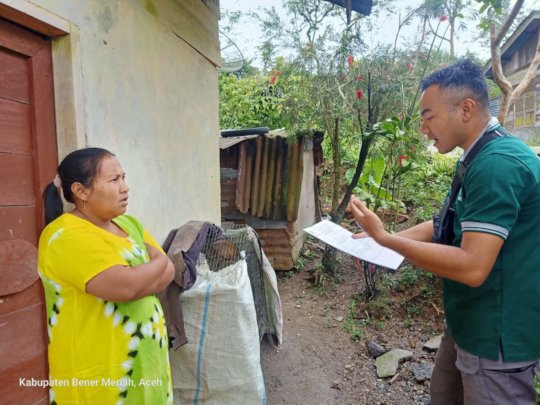 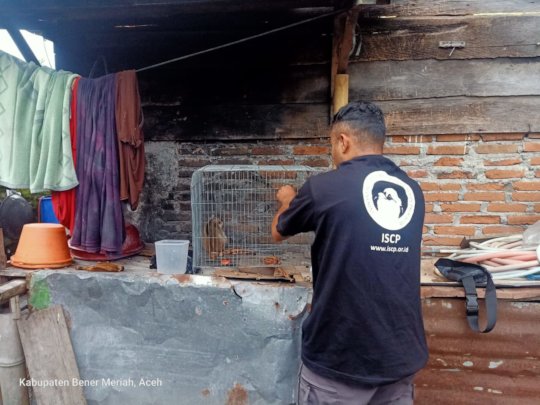 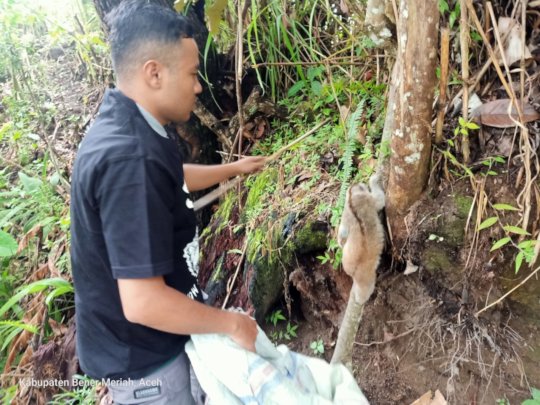 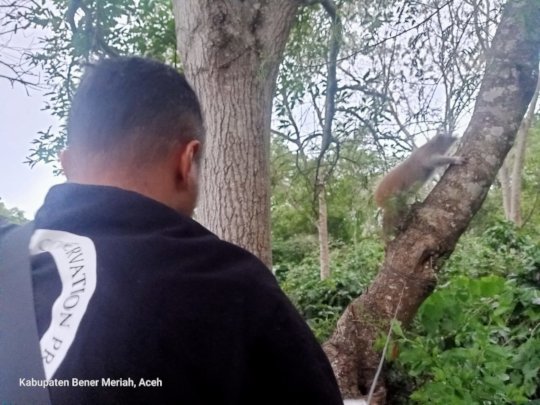 ‹ 1 ... 3 4 5 6 7 8 9 10 ... 20 ›
WARNING: Javascript is currently disabled or is not available in your browser. GlobalGiving makes extensive use of Javascript and will not function properly with Javascript disabled. Please enable Javascript and refresh this page.