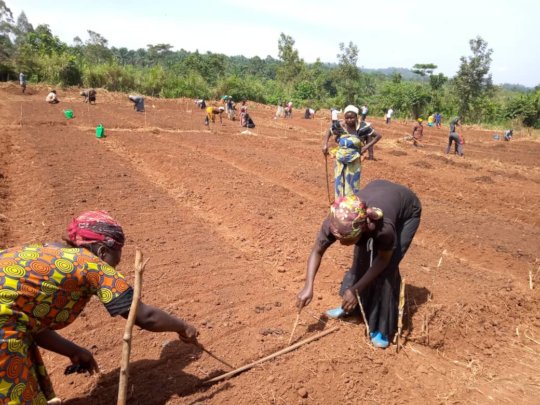 Thursday June 25, 2020 was a significant day in the DR Congo (DRC) as it marked the end of the 10th Outbreak of the Ebola virus disease. The outbreak, declared in North Kivu on 1 August 2018 was the second largest in the world, and was particularly challenging as it took place in an active conflict zone. There were 3470 cases of which 2287 died.

The country however continue to fight Corona virus with very limited resources.  As of today June 27, the DRC has registered 6690 cases, 153 deaths and 937 recovered.

The government has been struggling to implement preventive measures. Lockdowns are a challenge; the majority of the population must buy food every day. Physical distancing is close to impossible: Urban populations live in close quarters, as do large, extended families in most households. Women must leave to gather water in communal spaces at least twice a day, and in the case of street sellers who depend on paying customers, they may only earn enough to buy one day of food at a time - if any.  Typically, households include not only parent(s) and children but also extended family and sometimes others.
With a population of more than 80 million people, DRC has very few respirators, with other necessities for treatment inadequate. Another grave condition is that the country has only one Coronavirus testing lab, in Kinshasa, located more than 1,000 miles away from Beni. People in makeshift quarantine facilities must wait 3-7 days just to determine whether or not they have the virus.

We at Mavuno have been educating people about COVID-19 in our project sites in both North Kivu and Ituri provinces. Fortunately, many though not all of the preventive measures learned through the Ebola crisis are also used to combat coronavirus, including frequent and thorough hand-washing, refraining from handshakes, and staying away from freshly hunted meat.

As we adapt and respond to these unprecedented circumstances, we have implemented the following measures at our Beni headquarters, most of which are recommended by DRC authorities:

We thank you for your continued support and wish you and your loved ones health and peace. 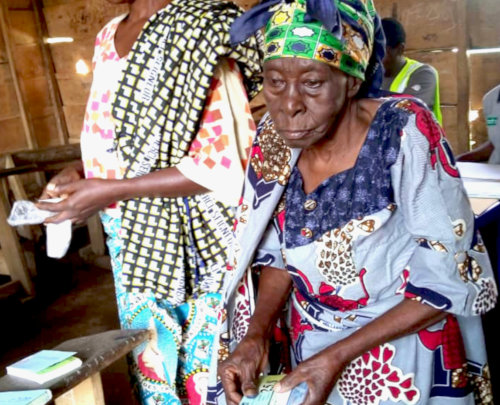 We hope 2020 has been good for you so far.  Be sure to see our special message at the bottom of this report.

The Congolese team at TearFund, one of our longtime partners, knows and trusts our work. So when a humanitarian crisis emerged in Beni territory, they turned to us for help. On October 30, 2019, the Congolese armed forces (FARDC), carried out military operations against armed groups in the region. TheAllied Democratic Forces (ADF) retaliated with a series of violent attacks against civilians. Besides triggering civil unrest for lack of adequate protection, more than 2,000 people fled their villages to seek refuge in the cities of Beni and Butembo. Those without host families stayed in public buildings with no provisions.

With support from Start Fund, a global network, TearFund responded immediately to the crisis and asked the Mavuno team to swiftly assess the crisis and to facilitate rapid humanitarian assistance in the affected area. Our objective was to reduce the vulnerability of the displaced families by providing resources for their basic needs, including access to water, food, and shelter. Specifically, at the 3 distribution centers, we served 1159 heads of households. Each family received $125 in cash assistance.

Muhindo Muhiwa, the Mavuno coordinator of the Start Fund project, describes the scene during distribution:

He added that although displaced families continued to live in the city of Beni, some returned to their farms during the day and returned before sundown.

Please mark your calendars now for the week of March 23–27, when GlobalGiving is offering a special “Little by Little” campaign. The organization will match all online donations up to $50 at 50%. Although your donations are welcome at any time, we would especially appreciate your support for Mavuno during this great opportunity! 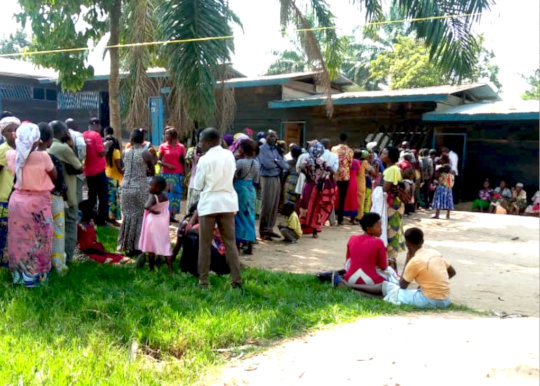 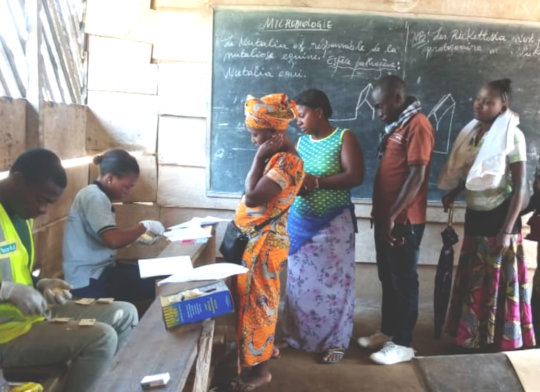 Vouchers are submitted and verified 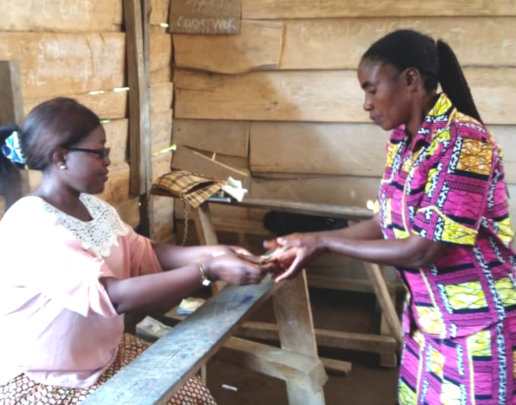 Our 5th Anniversary,and a Visit from the Governor!

The Govnor in the Cabbage experimental farm

Giving Tuesday is here! Global Giving is offering some great incentives that we at Mavuno are eligible to receive. We just need your donations - large, small, and in between.

We have much to be thankful for. In October, Mavuno reached its 5-year anniversary! In this time, we have impacted 1550 families, or 10,850 individuals, in 14 villages in North Kivu, Democratic Republic of the Congo. Now eating a hot meal every day, men, women and children are escaping extreme poverty. More children are attending school because their parents can now afford the costs of uniforms, fees, and materials. We served an additional 63,000 Internally Displaced Persons (IDPs) through subcontracts from TearFund, World Vision, and Virunga Foundation following conflicts in North Kivu and Ituri provinces. Most of these people had suffered from hunger and overall food insecurity.

On October 12, our team at the Center for Rural Development (CDR) was honored to receive a visit from the governor of N. Kivu province, Carly Kasivita. The governor was pleased to tour the different agribusiness sites of the center: fishponds; livestock farms for pigs, chickens, and rabbits; and vegetable farms. The governor was so impressed with his tour that he would like to use the Mavuno's Model elsewhere in the province to benefit even more farmers.

Governor Kasivita addressed young people who either willingly joined militia groups or were taken by force as “child soldiers”. He encouraged them to leave the military and instead embrace peace building and learn new income-generating activities. His provincial reintegration program provides skills enhancement training in a range of areas that can help ex-militia to become financially independent and to lead peaceful lives. With a possible collaboration with Mavuno, the program  will expand to include training in agriculture and livestock.

A few days after his visit, Governor Kasivita prompted a subsequent visit of General Ilunga, the Commander in Chief of the Army in North Kivu province. The General is interested in adding agriculture and livestock to the economic reintegration of ex-combatants in the training curriculum.

In 2020, we at Mavuno hope to train 120 fathers and mothers from different villages in improved agricultural techniques, livestock farming and business skills. This training will prepare them to build rural businesses—away from subsistence farming that prevented economic success. In a subsequent stage of our program, they will serve as mentors training other aspiring entrepreneurs in their communities.

But we can’t do this without your help. Whether you consider it a 5-year special anniversary gift, or just as a demonstration of your support for the impactful work we are together achieving, please give as generously as you can on Giving Tuesday, December 3. We would also appreciate your sharing our Global Giving project link with your network. 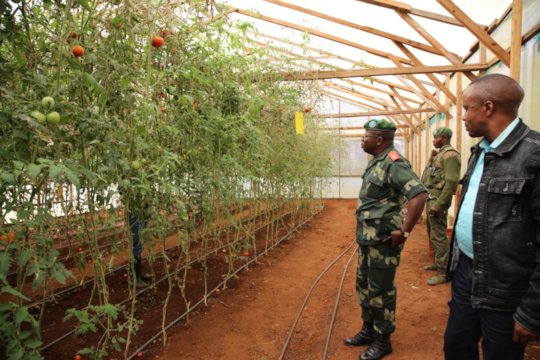 General Ilunga visiting the tomato Greenhouse
1 2 3 4 5 6 7 8 ›
WARNING: Javascript is currently disabled or is not available in your browser. GlobalGiving makes extensive use of Javascript and will not function properly with Javascript disabled. Please enable Javascript and refresh this page.