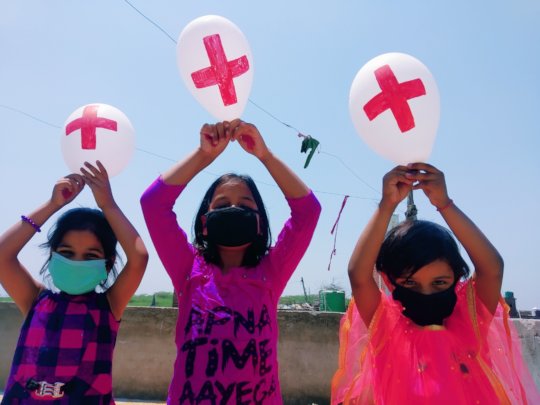 While COVID-19 pandemic continues to spread across the globe, many countries decided to close schools as part of a social distancing policy in order to slow transmission of the virus. However, these closure of schools, has affected the education of more than 1.5 billion children and youth worldwide due to the coronavirus (COVID-19) pandemic. The closures of schools have likely to widen the learning gap between children from lower-income and higher-income families. While many parents with access to technology and internet are increasingly turning to online education technology to keep their kids learning at home while some may not be able to. School closures in response to COVID-19 have shed light on various social & economic issues, including digital learning, food insecurity, and homelessness. The impact is more severe for disadvantaged children and their families, causing interrupted learning, compromised nutrition, childcare problems, and consequent economic cost to families who could not work. In response to school closures, RISE-AROH recommended the use of distance learning programmes and platforms that RISE and teachers can use to reach their students remotely and limit the disruption of education. While they have thankfully been largely spared from the direct health effects of COVID-19 - at least to date –the pandemic is having profound effects on children’s mental well-being, their social development & their safety. Children and families living in Sangam Vihar & Mundka or other crowded conditions are especially vulnerable. Education in COVID-19 is encouraging students to become advocates for disease prevention and control at home and in their communities by talking to others about how to prevent the spread of viruses. RISE is continuously supporting access to quality education which includes:

COVID-19 is helping children to be patient, understanding & stress free. In past months children have understand the basic concepts of disease prevention and control. Focusing on good health behaviours, encouraging others to express and communicate their feelings being at home through innovative & creative activities. The key insights from past months: students are continuing their studies more effectively and are more concerned about COVID-19; students are improving & spreading hygiene measures through their home only.

Closures in response to COVID-19 have shed light on various social & economic issues, including food insecurity, and homelessness. AROH Foundation understands these factors for which food packets were donated in the communities of Sangam Vihar & Mundka. Around 400 families were fed and helped from COVID-19 scare. AROH team even distributed hand washes, sanitizers and masks within the communities to make people aware about COVID-19.

In the past days Ms Ashita, a student who enrolled two years ago in RISE centre in Sangam Vihar, area of Delhi, has been a star performer helping to understand the communities the power of hand washing, health & hygiene and what not. She has been very creative, practical and reachable to all by making numerous innovative videos & pictures. She is spreading key messages to us all how to prevent & keep us protected during COVID-19. Now she has been under RISE project and got admitted in a government school in the community.

We thank all the donors for Ms Ashita and all other 1000 children who are able to access quality education because of your contribution. 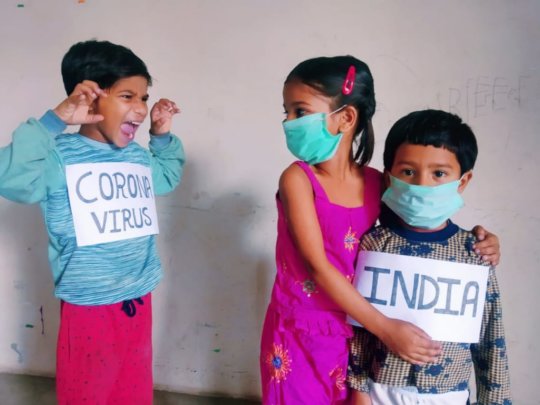 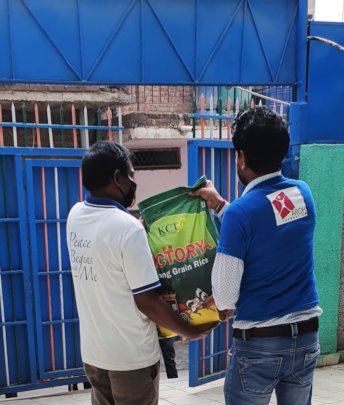 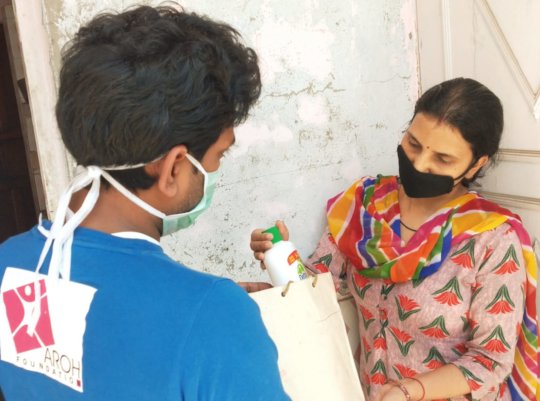 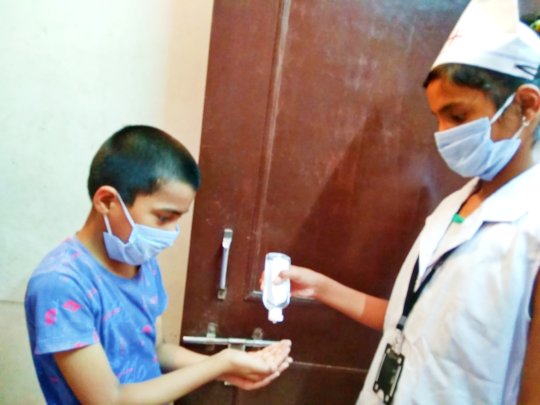 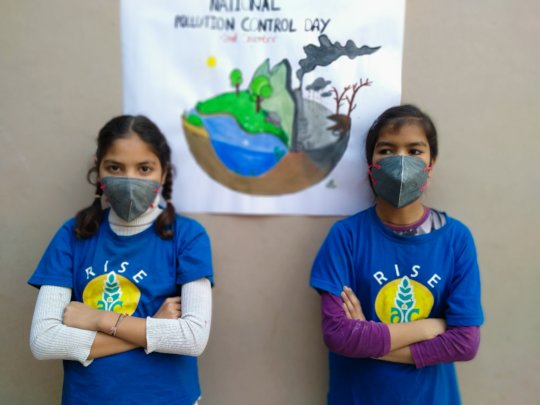 RISE, on its journey to achieve quality education for all irrespective of their socio-economic background has brought accessible education to those who need it the most. As part of their Remedial Education Programme AROH aims to provide holistic development which extends beyond the classroom. All interventions are planned to achieve that it is necessary to incorporate the celebration of days of remembrance, acknowledgement and awareness in the lives of children who otherwise are not privileged enough to have such exposure. Children by engaging in these celebrations & activities often find a sense of belongingness that provides them a chance to move beyond and widen their horizons.

The months through December till February hold special cluster of festivals and celebrations in the Indian context. These celebrations not only provide them a chance to celebrate their own culture but rather allows them to open themselves to the Cultural Dynamism that India boasts. In the past three months, RISE centres have celebrated various National and International days of importance. National Pollution Control Day to commemorate the victims of Bhopal Gas Leak. The main objective was to make people aware, spread awareness in the industries that cause various pollution like water, air, soil, noise and affect the environment and obviously health. On 14th of December the World Energy Conservation Day was celebrated to instil a lifelong habit of energy minimalism. Similarly, the National Mathematics day was to celebrate the birth of great Indian Mathematician Srinivasa Ramanujan. The beloved holiday of Christmas was a celebration of giving, receiving and the essence of community which is co-dependency. A celebration of New Year was done through best out of waste. With an ideology to teach students how to overcome shortcomings in life by making the best out of the adverse situations. The Punjabi festival of Lohri marks the beginning of harvest season and a celebration of abundance and prosperity.

RISE centres celebrated this Republic with focus on exchange of knowledge in different forms. A speech about the fundamental rights and duties of the citizens of India was explained to the students by one of our RISE educators. The celebration of Indian diversity through the means of art, music and dance brought the vibrance of Indian tri-coloured flag inside the centres. Vasant Panchmi marking the arrival of spring and a relief from the harsh winters was experienced. By worshipping the deity of education Saraswati, students prayed for wisdom and education. On the day of National Deworming the children were taught about the STH infections and were got checked by Aam Aadmi Mohalla Clinic Doctors. India in its fight against malnutrition launched National Deworming Day in 2015. RISE in order to generate awareness upon this day conducted workshops across all RISE centres.

Mr Kumar inhabitant of one such community is son of Mr Ramprakash who works as a driver at a factory. Mr Kumar came at RISE centre when he was in 3rd grade, a shy kid in the past 2 years of his journey evolved into an avid reader. He recently performed a heart-felt poem about the love for his nation written by him on Republic Day celebration. The shy child who was too scared to interact even in the class have had changed into a completely new person. He later presented a thank you speech to all the teachers and is often found at the front lines of all celebrations at his centre. Mr Kumar has evolved into a social person at his school as well and is now confident to ask question in his class. This has improved his academic performance as well. Now, he wants to grow up to be an engineer at his baba’s factory, so that he doesn’t have to drive anymore.

With a vision to bridge the gap between education and knowledge RISE is working to ensure meaningful education to those who need it the most. While RISE is working to improve the lives of more than 500 children, it would not have been possible without our donors. We send out our gratitude to all our donors and ask them for their support throughout this long, fulfilling journey. See you until next time! 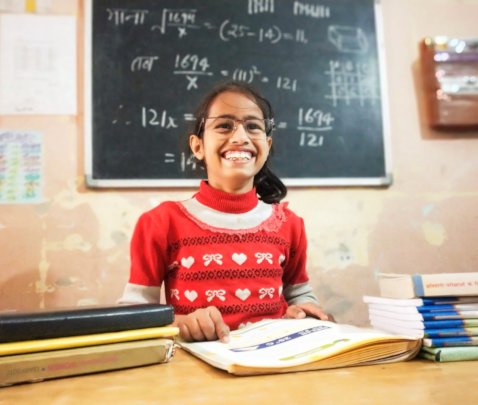 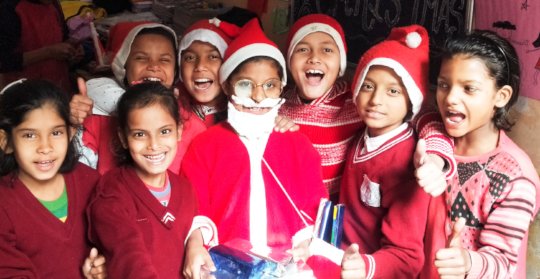 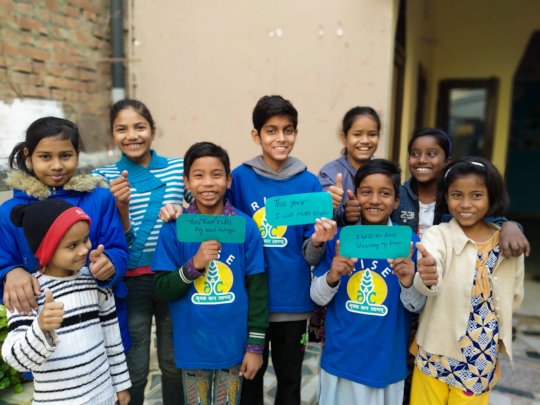 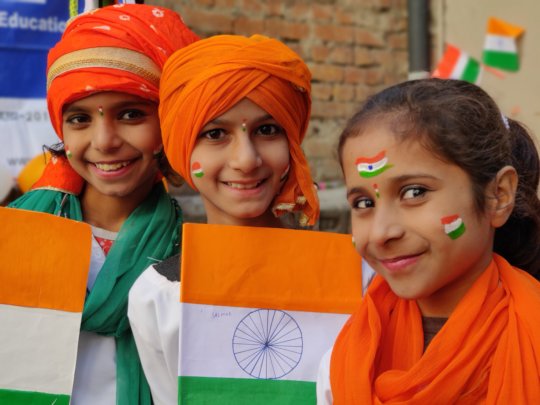 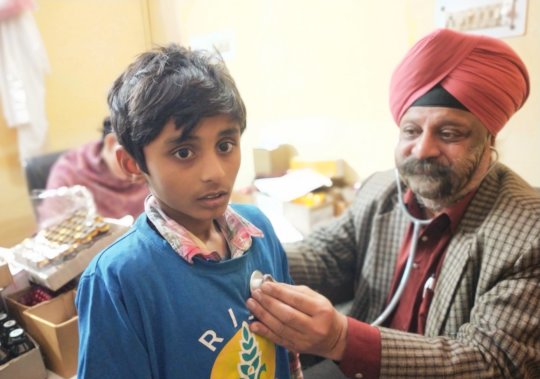 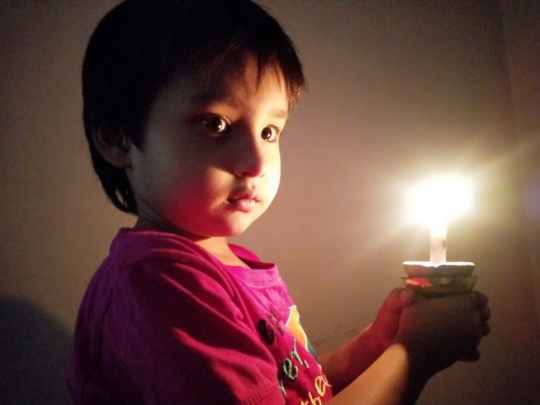 At RISE, we believe that Education is an integral part of the community. RISE centres thrive because of the community, and for the benefit of the community. Hence, with Remedial Education RISE conduct celebrations & events wherein children can learn through multiple interactions with the community and the community also benefits through the efforts of & interactions with our children and staff. Our RISE community includes less privileged kids living in slums. Coming to RISE, these kids take part in regular major events & festivals which bring changes not only in the amount of knowledge they gain but also in the abilities to think and acquire habits, skills and attitude which characterize an individual who is socially accepted and adjusted. RISE encourages students to embrace other traditions and culture just like the way they do with their own.

Apart from classroom activities, we also pay heed to other important festivals which must be celebrated in order to understand our country’s tradition and culture. The purpose of such celebrations with communities is to share children's thoughts, skills & work with the larger community in order to inspire them and spread certain messages. AROH believes in the “empowering” effect of education and its ability to enable people to develop a critical questioning attitude towards society, government, existing gender and cultural stereo types. Apart from building relationship and friendship, such celebrations bring happiness and love amongst the students. School teachers dealing with empowered RISE kids report a marked improvement in the children’s behaviour and learning.  All the RISE kids are getting much better scores in school after years of intervention. Parents are relieved from the burden of paying high costs to private tuition. Children are spending more time in studies & meaningful activities instead of getting involved in vain activities in their free time.

Rani, daughter of Mr Rajesh (all names have been changed), is a dynamic and soft spoken kid at RISE centre.Income of the house was not supporting 2 daughters' education. Instead of being a bright learner, Rani was not supported in extra classes.When Rajesh got to knowabout RISE centres, he was more than happy to enrol all his children in RISE. Rani has, as always, been a pro student in RISE too. Her school marks has improved. She has developed as a person too as she participatesin all cultural and sportsactivities within RISE. Her parents are also active in all PTMs and feel proud of their children. From a shy girl within the limits of her house, she has emerged as outspoken leader of the class. Rani wants to be a Teacher like her educator Didi when she grows big! And RISE is helping her realise her dreams.

Keeping its values intact, RISE wishes to offer the right kind of educational system which is based on moral ethics. It also believes that education will allow the child to bloom, blossom and thrive, giving them the right platform where they will work towards becoming a responsible citizen. We are indeed thankful to your support, 500 children are being led to a brighter future. They are being saved from misery and drudgery and given an opportunity to enjoy a normal childhood, which is their right. 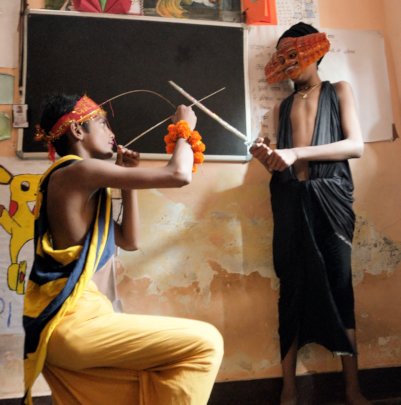 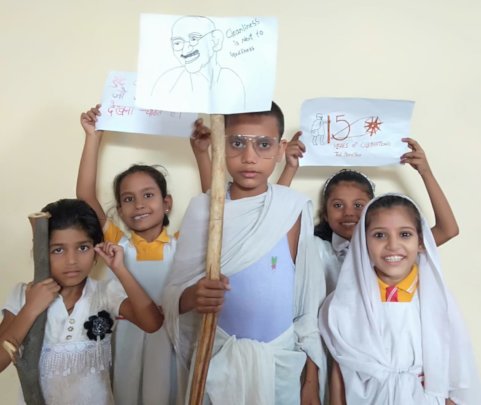 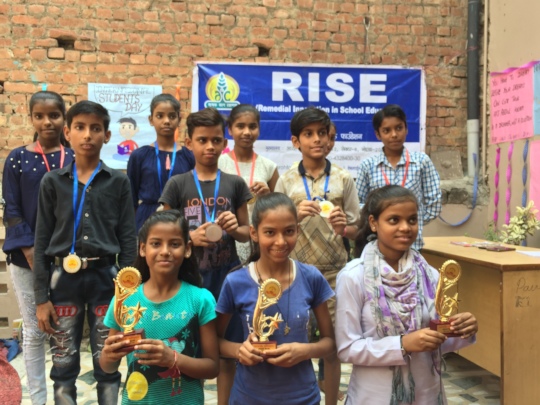 World Student Day at RISE AROH
‹ 1 2 3 4 5 6 7 8 9 ›
WARNING: Javascript is currently disabled or is not available in your browser. GlobalGiving makes extensive use of Javascript and will not function properly with Javascript disabled. Please enable Javascript and refresh this page.