Nepal is the country of village where >80% live in villages and 75% population are using the unprocessed biomass like firewood, animal dung, and some paper residue leaves of trees as a kitchen fuel . The housing structure is very vulnerable for Indoor Air Pollution( IAP )because 70% households have wooden and mud bonded house with poor ventilation. Here, the majority of populations live in countryside and they used unprocessed biomass as a cooking fuel. As a result, the situation of ARI and skin diseases has been first and second in morbidity ranks each year.

Many organizations had been conducted research to identify its implication in life of women and children specially in the rural areas. In this connection MRC Nepal has been focusing program to address the issues. The effort made by MRC Nepal is appreciated by the local government and community people. A question is raised that how it can be continued and area coverage.

A total of 500 PCS have been supported in last 3 months period.3000 people have been benefitted indirectly. In rural area people are more benefitted as they are  rely on fuel wood.

MRC staff had visited the field aiming to measure the effectiveness of PCS. It was quite effective according to buyers. Interaction also made with local government authorities. Interaction was so fruitful. In some of the areas rural municipalities had taken initiation to support

A total of two orientation training were organized before the distribution of PCS. PCS using method, and importance of PCS were discussed during orientation. A total of  50 women participated the training which is conducted in 2 events.

Objective of the activity: Minimize the indoor smoke pollution

Objective of the activity: Increase awareness among the community people towards adopting the environment friendly technology for cooking 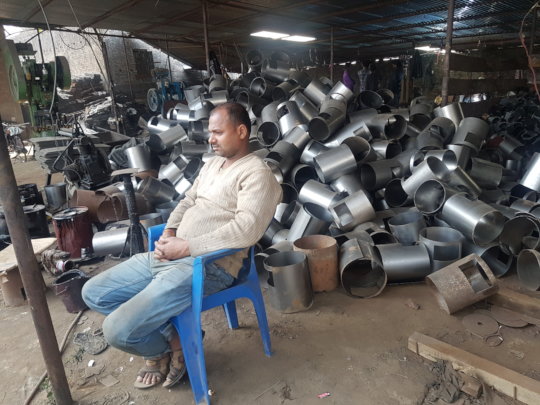 Many researches were conducted regarding the cause and effect of indoor smoke pollution. It occurred different types of diseases. The findings not yet shared widely specially at community level so the problem is not taken as serious issue. Acute lower respiratory infection is the chief cause of death in children in less developed countries, and exacts a larger burden of disease than any other disease category for the world population; even small additional risks due to such a ubiquitous exposure as air pollution have important public health implications. In the case of indoor air pollution in households using biomass fuels, the risks also seem to be fairly strong, presumably because of the high daily concentrations of pollutants found in such settings and the large amount of time young children spend with their mothers doing household cooking. Given the large vulnerable populations at risk, there is an urgent need to conduct randomized trials to increase confidence in the cause-effect relationship, to quantify the risk more precisely, to determine the degree of reduction in exposure required to significantly improve health, and to establish the effectiveness of interventions.

A cross-sectional assessment of indoor air quality in Nepal and its health effects revealed that solid biomass fuels (animal dung, crop residue, and wood) were the main sources of indoor air pollution affecting health. The average smoke level (PM10) in kitchens using biomass fuels was about three times higher than that in those using cleaner fuels. (kerosene, LPG, and biogas). Respondents in 98 randomly selected households included 168 who cooked daily meals, of whom 94% were disadvantaged women. Biomass smoke caused significantly more respiratory disorders than did cleaner fuels Categorized data analysis demonstrated significant associations between biomass smoke pollution and respiratory symptoms such as cough; phlegm; breathlessness; wheezing; and chronic respiratory diseases such as COPD and asthma. The prevalence of respiratory illnesses and symptoms were considerably higher in those living in mud and brick houses compared with concrete houses. Prevalence were also higher in those living on hills and in rural areas compared with flatland and urban areas.

A total of 3000 PCS have been supported in last 3 months period.18000 people have been benefitted indirectly. In rural area people are more benefitted as they are  rely on fuel wood.

Three orientation training were organized before the distribution of PCS. PCS using method, and importance of PCS were discussed during orientation. A total of   93 women participated the training which is conducted in 3 events.

Different species of forest tree saplings were supported for the community people of Devghat, Tanahun district that will ultimately contribute in bio diversity conservation and climate change.

Objective of the activity: Minimize the indoor smoke pollution

Remarks:  Some of the pics of PCS that supported by MRC Nepal

Objective of the activity: Increase awareness among the community people towards adopting the environment friendly technology for cooking 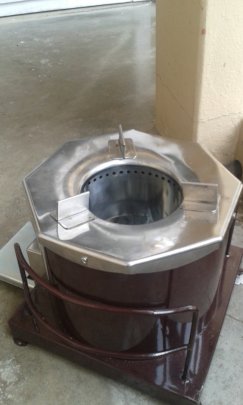 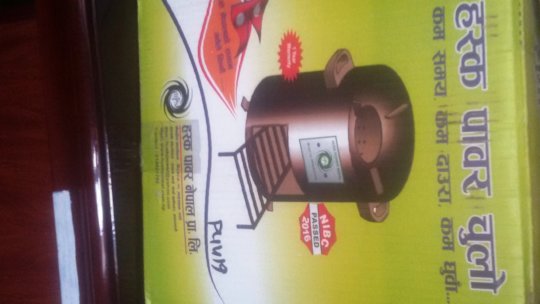 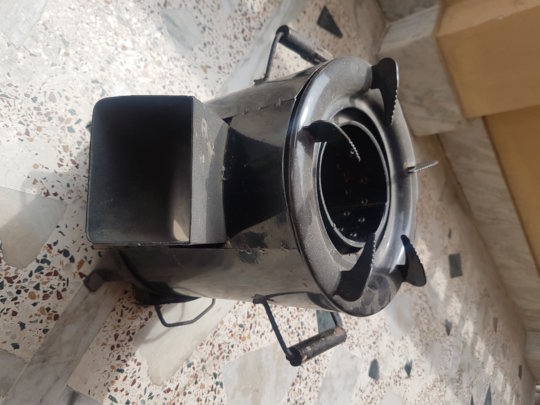 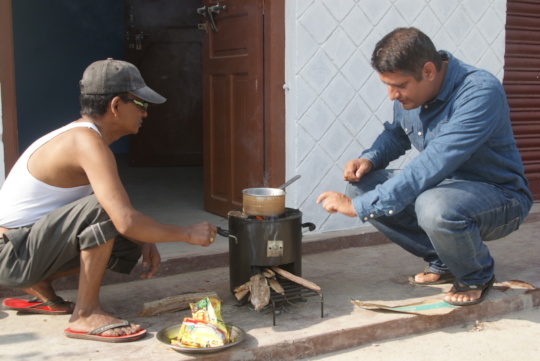 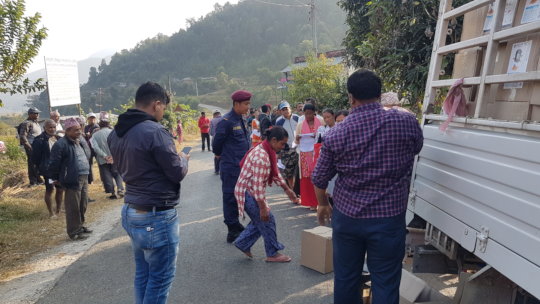 In Nepal forest conservation act is being strict. Forest User Groups are also compelled to follow rules. In such conditions poorer households have been facing to fulfill fire wood needs. Husk power stove is one of the alternatives to address needs. Community people especially in rural area are more dependency on fire wood. Increasing trend of demand has proved its effectiveness. There was active participation of local government bodies while creating demand and distribution stoves. Their role is vital for achieve outstanding progress in this period.

The following are the facts that how women and children are affected.The burning of solid fuels fills the houses and huts in poorer countries with smoke that kills the world’s poor by causing pneumonia, stroke, heart disease, chronic obstructive pulmonary disease, and lung cancer. The solid fuels responsible for this include wood, crop residues, dung, charcoal, and coal. The solution for this problem is straightforward: shift from solid fuels to modern energy sources.

There are two potential factors which can merge to influence how deaths from household air pollution are linked to income.  The first one is poorer households have a stronger reliance on solid fuels for cooking. Poorer households would therefore be at higher risk of negative health impacts from household air pollution. The second is that overall health outcomes and life expentency in porer countries is typically lower than at middle and high incomes. As a result, exposure to air pollution overall may have a greater health impact on  low-income households. Note that this second factor may combine with the decline in the solid fuel use to explain the falling death rates and absolute number of deaths from indoor pollution - underlying health may be improving just as the prevalence of pollution is also falling.

3.8 million people a year die prematurely from illness attributable to the household air pollution caused by the inefficient use of solid fuels and kerosene for cooking. Among these 3.8 million deaths: 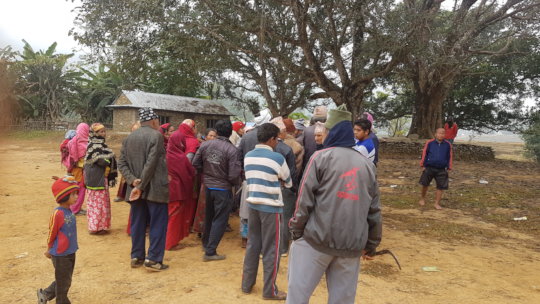 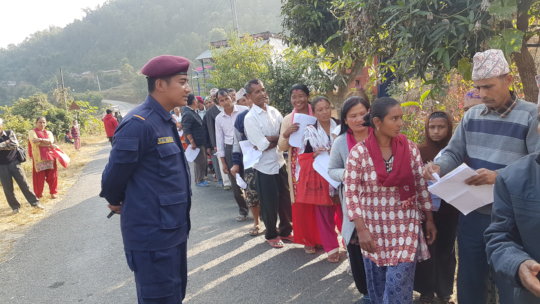 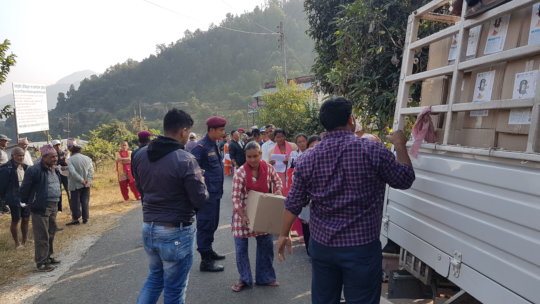 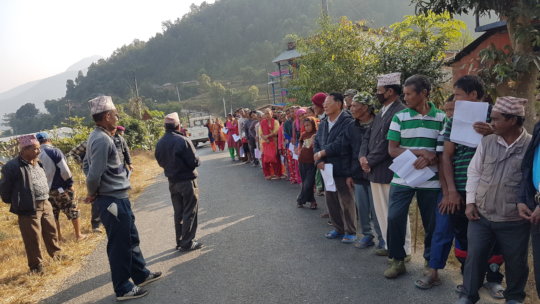 Attachments:
‹ 1 2 3 4 5 6 ›
WARNING: Javascript is currently disabled or is not available in your browser. GlobalGiving makes extensive use of Javascript and will not function properly with Javascript disabled. Please enable Javascript and refresh this page.