Time goes by so quickly when you love what you do! 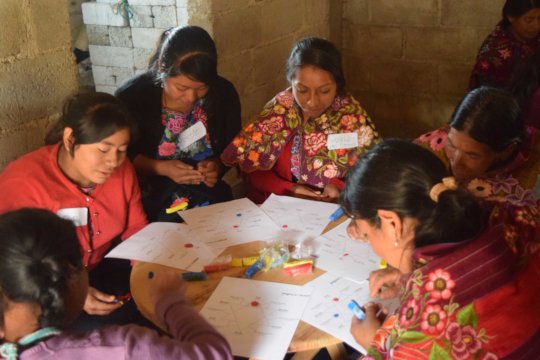 The first quarter of 2018 is about to end. Time goes by so quickly when you love what you do! With tons of dedication, since our last report, we have been working as to achieve significant accomplishments, which we love to share with you. As you are all part of our success:

During this first quarter, we have made 42 in-situ field visits, in which we carried out workshops for Mayan artisan women from the indigenous communities of Aldama, Bochil, Huixtán, Pantelhó, San Juan Cancuc, San Juan Chamula, Santiago el Pinar and Zinacantán, in the Highlands of Chiapas, Mexico. These workshops are focused in creativity, product development, color palettes and tendencies, finishes and quality control.

Besides the exchange of knowledge between them and NGO Impacto’s staff, these visits allowed us to strength our relationship, while improving confidence and understanding of their needs and their way of approaching life. Our purpose is to accompany women closely in their process of empowerment and self-management.

Collaborative and solidary collaborations are two of the major pillars in the values of NGO Impacto. Precisely, through a collaborative work with seven different social brands committed to fair trade, artisan women have managed to reach a high-end market, one that allows them to market their products at a better price, greatly benefiting their economy and their families (more so children).

It has been a long road of learning for us and for the Mayan artisan women; we have embraced challenges together as well. Still it has been a great experience to see the results and livelihoods impact through their training and empowerment process; and through the development of innovative high-end handcrafted products.

We feel exited that two new groups of Mayan artisans have started to collaborate with us, from the municipalities of Aguacatenango and Larrainzar. We are very happy to continue expanding our network, to more and more artisan women and to places where development opportunities are limited, but where talented, committed and hard-working women live. We know it represents challenges, but we also know that while working together, we can achieve great things: from one end, to a betterment.

We could never have made it to this point without your engagement, we are confident we will be counting with your support so that NGO Impacto will keep being instrumental in reducing poverty and inequality in the state of Chiapas, to dignify livelihoods of Mayan women. 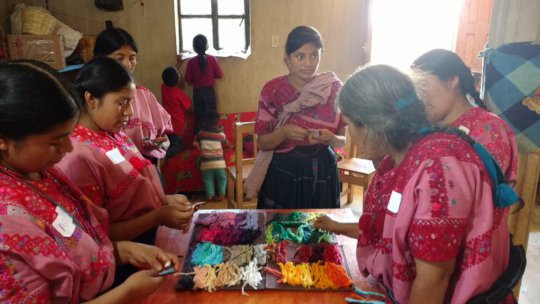 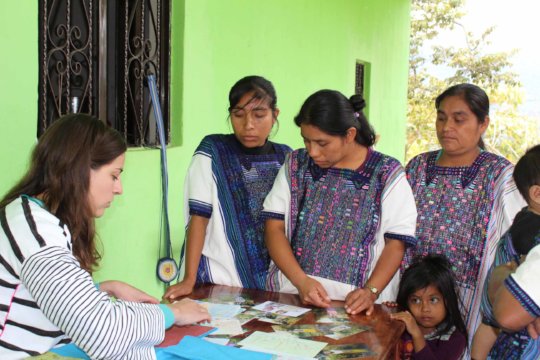 The reconstruction of hope has begun 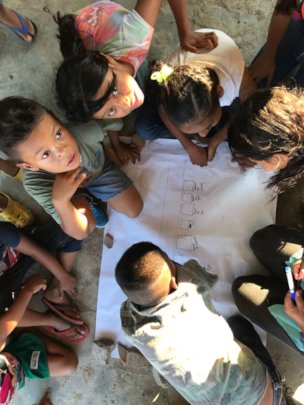 Fifteen weeks had passed since the devastating 8.2-magnitude earthquake strucked the states of Chiapas and Oaxaca, Mexico. Approximately 2.3 million people were affected with 90 deceased. The results of the official census revealed that the earthquake caused damages in more than 12,000 houses in the states of Oaxaca and Chiapas, close to 4,000 with total damage and more than 8,000 with partial damage; besides the psychological consequences suffered by the population, mainly children and youth.

This report aims to show how relevant your donations, as well as those of GlobalGiving have been in regards to our relief efforts. Today, the 24 of December, we want to share the progress of the Earthquake Recovery & Reconstruction Program, which Impacto is coordinating as a joint effort with base-NGOs partnering with us.

Our program is focused on: psychosocial support for children and youth, technical assistance, and reconstruction.

Many studies showed a high prevalence of psychological damages in survivors of natural disasters, indicating the great negative impact of the emotional trauma caused by these situations. Considering this, one of the first actions we made, in collaboration with our partner WPDI (the Whitaker Peace and Development Initiative, led by actor Forest Whitaker), was to provide psychological support for children and youth affected by the S7 at the coast region of Chiapas.

Professionals in the area of psychology and well-being, served vulnerable children and youth, while going directly at hard-to-reach communities. The team provided care to the children and youth, carrying out dynamics to reduce the effects of anxiety and depression caused by post-disaster trauma. As part of these actions, we previously carried out a campaign to collect storybooks as support material in regards to psycho-social dynamics.

We have focused our efforts on the reconstruction of homes of women artisans in the Mayan community of Zinacantán, collaborating with MSV (Mujeres Sembrando la Vida), a cooperative with which we have been collaborating for several years through our Textile Program. Some of the affected houses were habited by more than one family, in some cases were habited only by women and children as men had to emigrate due to economic issues. This context had exacerbated the urgency to begin reconstruction of the houses for these families.

As of today, the reconstruction of several houses is in progress, the purchase of construction material had been done. Additionally, we have being supporting the reparation of the damaged suffered in the building of the Educational Development Center of this community (for children and youth), to ensure safety.

(b) Reconstruction at Asunción, Ixtaltepec, Oaxaca:

In coordination with one of our allied NGO, Binni Biaani A.C., a prototype construction system has been developed for the houses of Asunción Ixtaltepec, Oaxaca; which is resistant to earthquakes, adaptable to extreme climates, reinforces cultural identity and strengthens the development of the community. At the same time, a thorough study of Ground Mechanics and Topography has been started.

The S7 earthquake affected many schools of different educational levels; this caused the temporary suspension of classes. Parents and teachers had to enable alternative spaces to prevent them from losing many classes. Through our partner, Centro de Derechos Humanos Digna Ochoa NGO, we obtained information about damaged schools, as well as the need to allocate resources so that those schools were rehabilitated as soon as possible.

Additionally, the acquisition of a truck to take people, food and construction materials to remote and/or difficult access communities was possible through our partner GlobalGiving.

We already have done an important progress in the reconstruction process in the affected areas of Chiapas and Oaxaca. Two other collaborations had also been agreed, (d) reconstruction for houses at Jiquipilas Chiapas with Fundación Internacional Granito de Arena NGO, and (e) the municipality of Bochil, Chiapas focused in the rehabilitation of an Economic Development Center for Mayan artisans with Batsil Antsetik NGO.

As Impacto keeps moving forward in the reconstruction of the affected areas, we will also continue to share the progress with you as to inform of the impact of your donations.

Thank you again for your generosity! Wishing you all peace and prosperity! 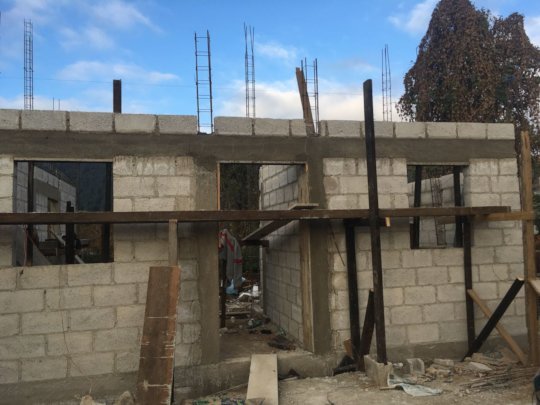 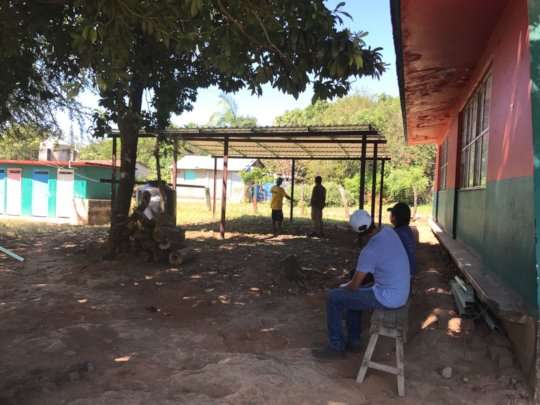 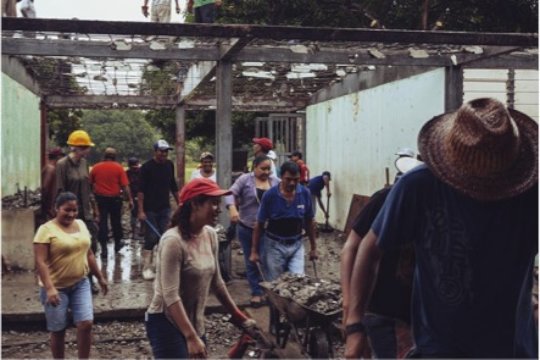 Rehabilitation of Educational Center at Pijijiapan 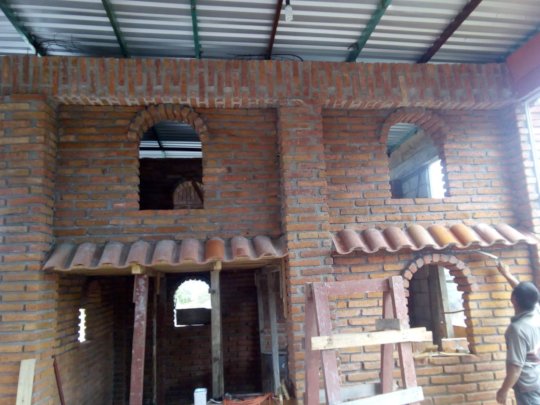 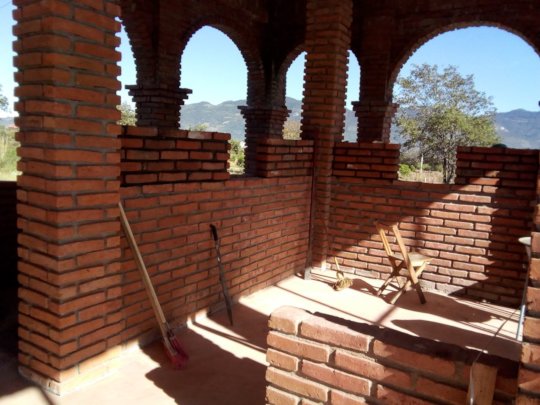 Reconstruction according to prototype
Dec 22, 2017 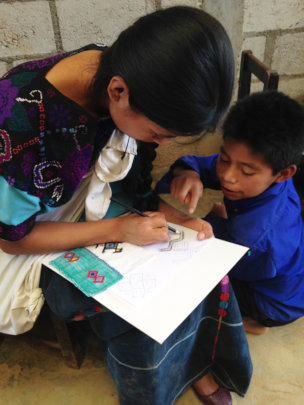 2017 is very close to ending; a good time to make an account of our year, and what we had achieved at Impacto’s textile program. It has been a year of learnings, and although our fundraising project is just beginning, it has actually been months of work, commitment and dedication. In this report we want to include the specific actions that has led us to strengthen our experience and improve our work.

Our activities were focused on implementing workshops, while training 182 artisans from different Mayan communities located in The Highlands of Chiapas, at southern Mexico, in the following topics: tendencies and color, development of new products, costs and sales scenarios, and product quality.

In the last three months, we had applied workshops in the Mayan indigenous communities of Aldama, Bochil, Chenalhó, Huixtán, Mitontic, Oxchuc, San Juan Cancuc,  Santiago El Pinar, Tenejapa and Zinacantán which has allowed us to make adjustments and improvements in the dynamic, thematic, and didactic materials of the workshops. The work carried-out with the artisan women of these communities in past years has facilitated and enriched the replication process that took place this year.

A great number of achievements were realized for these groups of artisans:

These (non-formal) organizations will help us to implement more specialized workshops in the future. In addition, we have increased the number of Mayan artisans women benefited from the previous year, from 94 to 182.

In summary, the knowledge acquired and the shared experiences were instrumental in developing great products, and in turn allowing artisan women to access a more competitive market represented in an improvement of their economy and the conditions of their children; thus we observed an improvement in livelihoods of women artisans, their families and their communities.

Our mission at NGO Impacto is to combat the inequality gap, building an innovative platform of integral development as an engine of change. Our approach takes time, it is not such an easy path; sometimes we have obstacles in our journey, still, we are convinced that these are opportunities to learn and to do readjustments to improve our Textile Program, while optimizing the impact generated in the long term.

Even though we recently reactivated our fundraising project in Global Giving, we want to thank the contributions we received since reactivation. Each donation is very important for our NGO, allowing us to make a difference in the lives of Mayan women in Chiapas, Mexico. 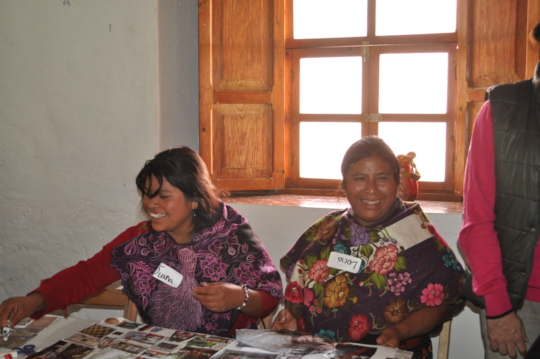 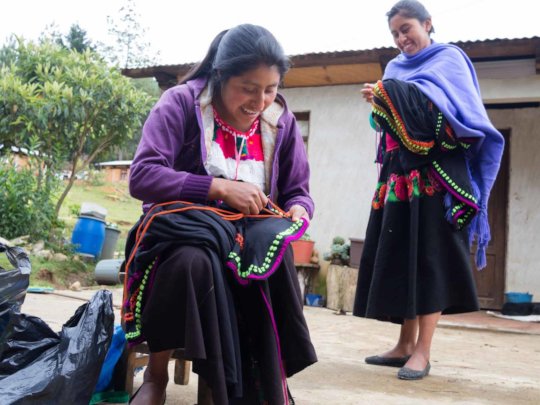 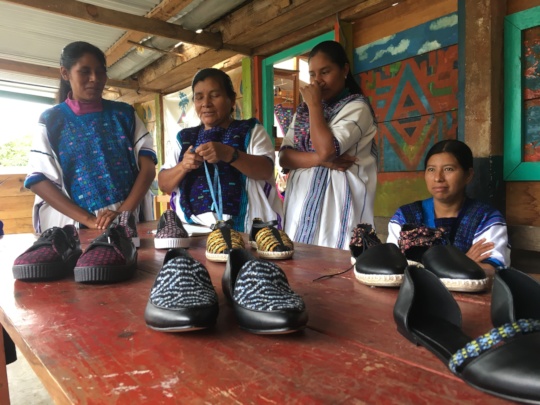 Developing innovating products
‹ 1 ... 3 4 5 6 7 8 9 10 11
WARNING: Javascript is currently disabled or is not available in your browser. GlobalGiving makes extensive use of Javascript and will not function properly with Javascript disabled. Please enable Javascript and refresh this page.