Who is responsible for the situation of Cerro?

In the past few weeks our lawyer Paz Gallardo and our director Flaviano Bianchini are visiting the city of Cerro de Pasco. This time their goal is not to take more samples or more evidences about the environmental and health situation but to collect documents to trace back who were the stakeholders of the past contamination.

The property of Cerro de Pasco mine has changed several time in the past 100 years. Every time a new owner acquire the mine they blame the previous one for the contamination in the city and n the whole area.

The goal of our last mission is just to understand who has done what and when. Creating a trace of all the stakeholders of the past 20-30 years and therefore identify the responsible of the pollution.

This is not an easy task as lot of information has been lost or hidden during this years and a lot of data has been voluntarily canceled from the books. Nevertheless, we are there in force and, as always, we are determinates to bring environmental and social justice to the people in Cerro de Pasco! 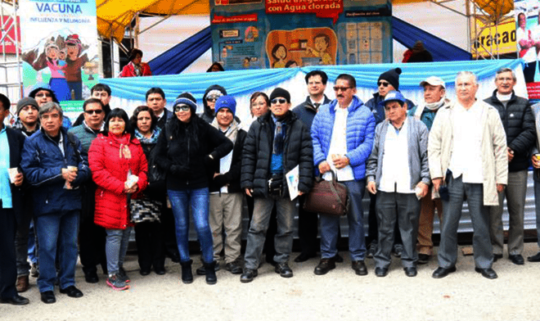 Thanks to our decade-long pressure the central government of Peru has finally acted for the health of children in Cerro de Pasco.

47 doctors reached the highest city of the world and they spent 15 days in the city to monitor the situation of heavy metals pollution and heavy metals affectation. The brigade includes specialists in neurology, gynecology, lung specialists, pediatric doctors. They will be able to perform blood tests and general medical checks.

The doctors will focus their attention on the 36 communities where we have been able to obtain the health emergency situation declaration, and they will focus on lead, arsenic, mercury, cadmium and other toxic metals.

This is a huge win for us, as it is since 2008 that we are asking medical assistance for people in Cerro de Pasco. It is also important to underline how this assistance has arrived just a few weeks after we brought a medical brigade to Cerro de Pasco.

Things start to move also at the altitude of Cerro de Pasco and we are expecting to see some very big results very early.

Meanwhile stay tuned for all our activities related with the #GivingTuesday!

Is Cerro the Most Polluted city in the world? 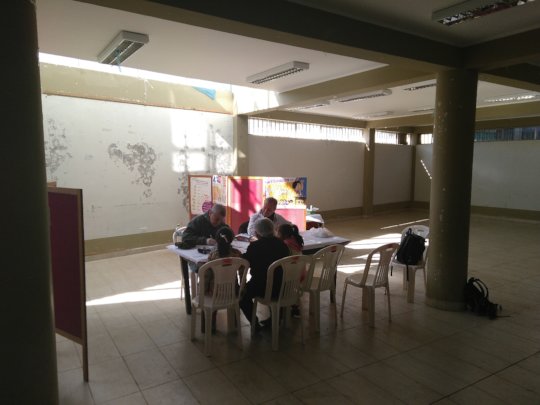 In a very recent article the BBC was wondering if Cerro de Pasco is the most polluted city on earth.

In their videos the distinguished newspaper reported how most of the population in Cerro de Pasco is siffering from the pollution caused by the mine.

We were in Cerro de Pasco in July with three doctors from Spain and Portugal to make a medical diagnosis of the situation of kids in the community of Paragsha. We will have the full results in a few months but the preliminary results are already shocking.

We will share the full results as soon as we have it but meanwhile please continue to support us. Even a small donation can be very important for the kids of Cerro de Pasco and their families. 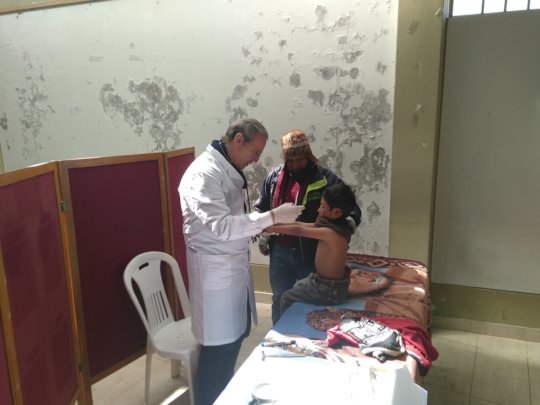 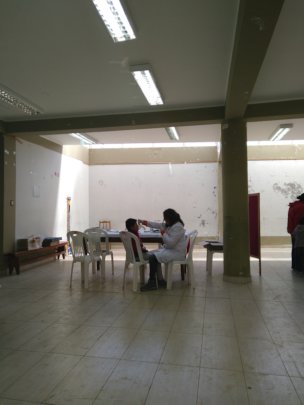 Kids checked by international doctors
‹ 1 2 3 4 5 6 7 ›
WARNING: Javascript is currently disabled or is not available in your browser. GlobalGiving makes extensive use of Javascript and will not function properly with Javascript disabled. Please enable Javascript and refresh this page.