Tithi* in creations with Computers- wonders in eye 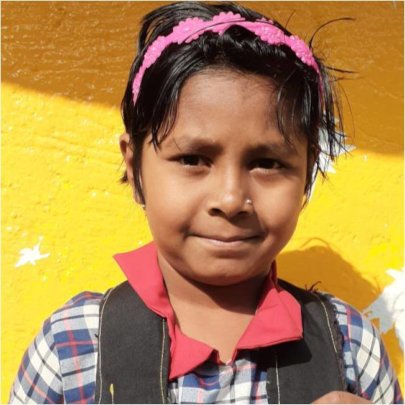 Tithi* with joys in eyes

Tithi* Bera is a student of 3rd Standard in our model school, ‘Kishalaya Sishu Siksha Niketan’. She can be easily tracked with her bright smile.

Tithi* has just started learning computer operations since January, 2020. It is observed that Tithi* has keen interest in learning the operating of computers and thus learning fast. She can change the screen saver easily and able to set time in the taskbar of computer. Thus she learnt also writing with Words application and draw objects with Paints applications. Calculating the duration she is spending in the computers makes her excited.

Tithi* writes her own name, name of village, her father’s name with immense pleasure and keep staring at the writing in Words file. It is surely a very pleasant feeling that a child of deep remote Sunderbans feeling the joy of being able to work in the computer.

Her father is a cultivator but marginalised financially. In steep hardness he can earn around INR 3000-3500 only per month.

Her mother, Mrs. Rinku* Bera who is a home maker says with joy in eyes, “It is really a pleasure to me that our daughter, Tithi* in spite from being a below poverty line (BPL) family like us in such deep remote Sunderbans has got the opportunity to learn Computers. We are indebted to ‘Kishalaya Sishu Siksha Niketan’ and ‘Sabuj Sangha’ for giving our child such a magnificent chance which will help her grows competent in future.”

* Name of all individuals altered to maintain safety and privacy.

We are grateful all those who continued in our Noble Mission to make the ill fated marginalised children of Sunderbans become equipped with Computers and be competent for the future world of competitions.

We appeal to all to please extended the message and lend your supporting hands to make the little buds of Sunderbans learn Computers and become fit contenders for all future battles. 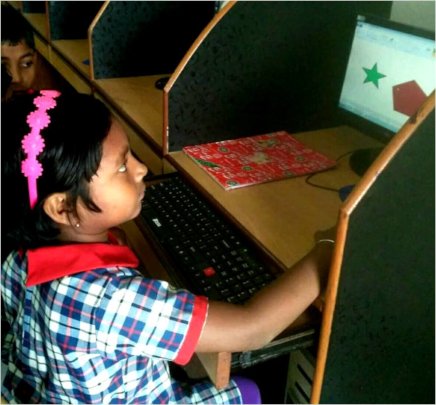 Amit* dreams to do something big with Computers 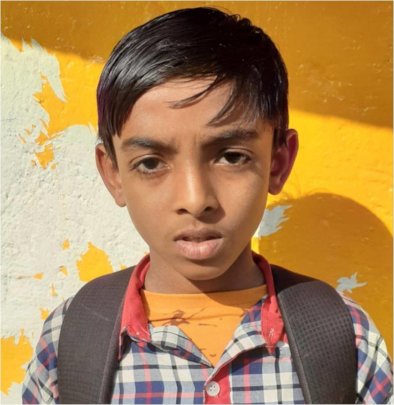 Amit* in his dreamy eyes

Around Nine and Half years old Amit* Sarder has got admitted at our model school ‘Kishalaya Sishu Siksha Niketan’ last year in 2019. Now he is studying in 4th standard of the school. He can be spotted out among the crowd for his calm, dreamy and luminous personality. As in our school Computers Teaching initiates from 3rd standard, Amit has been attending the same from the very first day. Thus, Amit has now completed one year in learning Computers.

A little afraid by nature Amit has come over all his inhibitions with period of time and with joy of learning something very new. In his words, “I feel very excited like an adventure when I learn something new and try to do it on my own in Computer.”

Amit has now become quite conversant and comfortable in handling a Computer. He can change the screen Saver easily, able to set the time in the taskbar of computer. Amit* feels very excited as he could remain vigilant of the time spends in the Computer. Writing his, own name and many other things of his thoughts in the Ms Words and change those to various Fonts and Sizes in Computers is also a pleasing experience for him.

The most fascinating application for him is Paints. He draws figures, sceneries etc. of his imaginations. He colors the figures with his own imaginations. Sometimes he also thinks that he would do something big with the help of Computers.

Amit’s* father Mr. Bhubaneswar* Sarder who is a Car Driver by profession says, “Being a Driver I can earn only around Rs. 5000.00 per month. Staying in such remote village I never dreamt that my son could ever learn Computer. The chance he received is really a great fortune for us.”

* Names of all individuals altered to maintain safety and privacy.

Please share hands in making the dream of children from deep Sunderbans to learn Compters come true. They are hidden gems who can really do something substantial in turn.

We are thankful to all those who continued to join hands with us in imparting education to chidlren of remote Sunderbans through Computers . 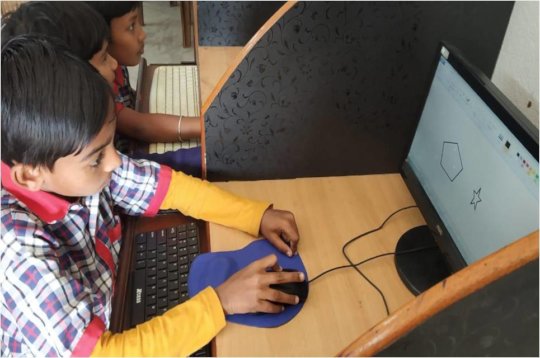 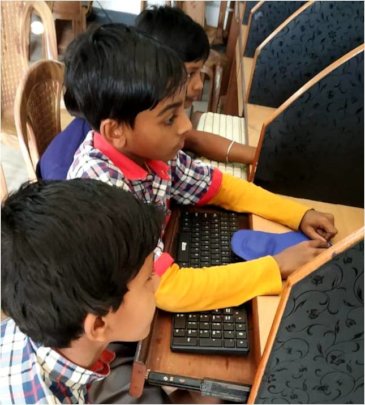 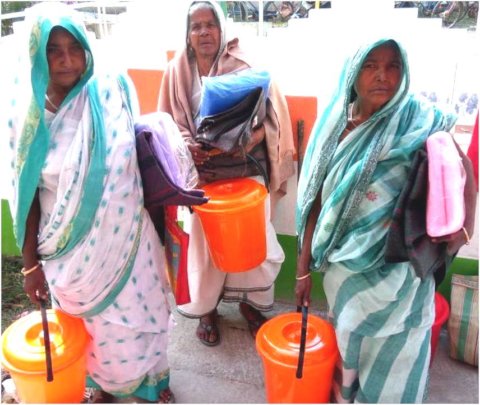 As reported in the last report on January, 2020 the people who are deeply impacted by the devastating very severe cyclone Bulbul at the coastal areas of South 24 Parganas district are now gradually restoring to normalcy.

Sabuj Sangha at its firm determination remained consistent in supporting the deeply impacted people through various trainings by groups of experts and expert agencies and support as far possible to help them re-build their opportunities for a normal healthy living and livelihood avenues. Thus a number of Farmers, Fishermen, Students, Lone widows all are being supported till they became self reliant and self sustained.

Those whose Ponds and Pisciculture are being fouled at the vast landfall of Bulbul cyclone on 9th November, 2019 and subsequent large tree trunks fall are gradually coming to a position to normal living and livelihood. They are being trained on cleaning the Pond Water, Restoring fast producing Pisciculture as well as training on utilising the Pond embankments for fast producing Cultivation Land, namely together can be called- Pond Based Integrated Farming (PBIF). Thus people who possessing Ponds and were involved in small scale Pisciculture are being benefitted.

One such a case story is narrated below:

Mr. Ruipada Maity* a resident of remote Banashyamnagar village under Patharpratima administrative block sustains his family through cultivation of Crops in the small piece of land and Fish at the adjacent Pond. His wife helps him in and out both at home and in cultivation. They have two sons- the elder one Tiklu* pursuing Graduation with Honors in History from Pathar Maha Vidyalaya. To support his own study related expenses he earns a few bucks through providing tuitions to the children in the vicinity.

Being a Farmer Mr. Maity* never witnessed such frightening and devastating night in his experience. The gale wind of severe cyclone Bulbul shattered the family at remises. In his own words, “I was completely alright in my little world of Cultivation & Pisciculture. I was nourishing my dreams to bring up my children slowly and with an aspiration of a brighter tomorrow. The 9th November night left us nowhere. It spoilt all my almost ripen crops – fowled the Pond water – leaving the cultivated fishes dead. I was thinking to shift to Delhi to look for a sustainable livelihood.”

At reaching the village the Sabuj Sangha relief team first supported them with immediate relief materials like Tarpaulins, Blankets, Food Materials, Women’s Dignity Kits etc. Later they kept on counseling him to restore to his own cultivations at his own village. They remained in consistent touch with him and people alike. With the collaborative efforts with the Sabuj Sangha team Mr. Maity* started purifying the Pond water with Lime & Bleaching which were provided. With support from expert agencies and personnel they were trained on scientific Pisciculture, Fish seedlings were also provided. He was also given training on Vermi- Compost generation- provided with saplings of Fruits which could be planted along the embankments of the Pond.

Thus now Mr. Maity* has restored back to his normal daily routine. In deep gratitude he says, “When I was thinking that all dreams were at end Sabuj Sangha brought me to my world again. The lessons that I acquired through the experience I will try to give it to my younger generations. I am so thankful to Sabuj Sangha.”

* Names of all individuals are altered to maintain safety & privacy.

We appeal all friends, aquantances and those who really wish that the ill fated Bulbul cyclone affected coastal people come back to normalcy please share your hands in the very essential and urgent initiative.

Please join us in our efforts to stand by the people of Coastal Bulbul affected areas of West Bengal. 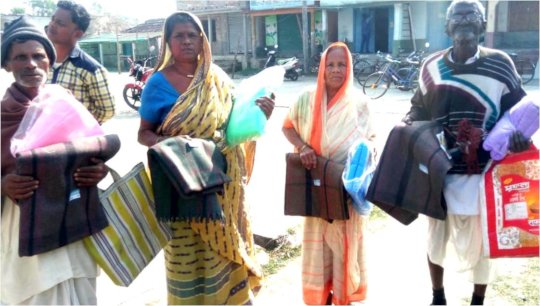 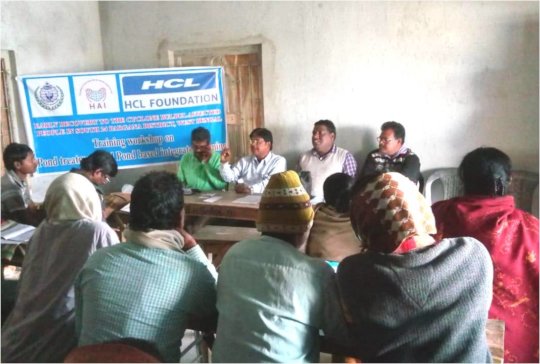 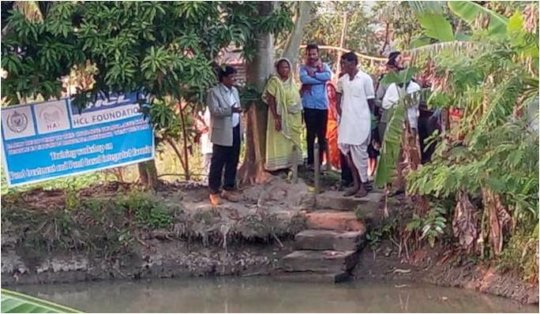 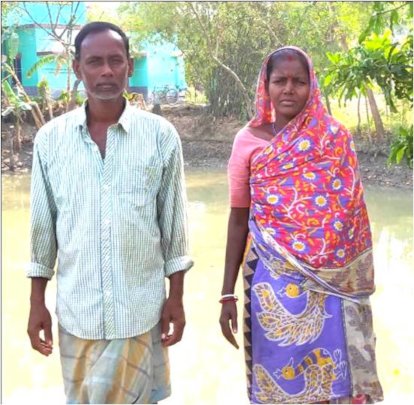 Ruipada* with his wife at his homestead Pond
‹ 1 ... 6 7 8 9 10 11 12 13 ... 56 ›
WARNING: Javascript is currently disabled or is not available in your browser. GlobalGiving makes extensive use of Javascript and will not function properly with Javascript disabled. Please enable Javascript and refresh this page.