Immunisation of 198 newborn and other children 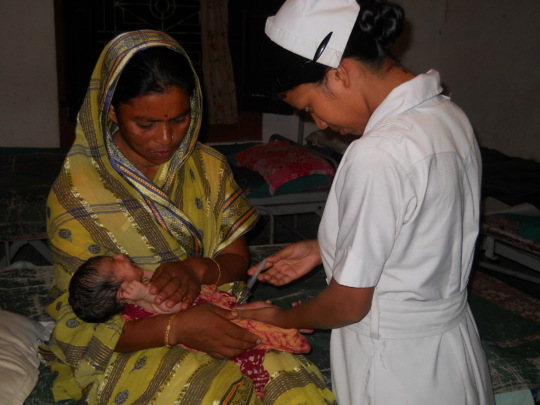 Immunisation Programme is one of the key interventions for protection of children from life threatening but preventable diseases. Because of poverty related issues, immunisation of children gets distracted as most of the people in the community are from marginalised background. Hence, such a programme has been initiated in the Rural Hospital of SabujSangha. The inhabitants who are catered belong to two blocks namely Patharpratima and Mathurapur II, South 24 Parganas, West Bengal, India and lack proper medical facilities as the areas are remote and isolated. The infant mortality rate is high in these areas due to malnutrition and improper immunization.

Laboni, wife of Rabindranath of Lakshmijanardanpur village of GP Lakshmijanardanpur, gave birth to her first child through a normal delivery. Her newborn female child is 2kgs 250gms of weight. She is a healthy child. She had her first immunisation injection of vitamin-K (K-Nat 0.5) after one hour of the delivery. 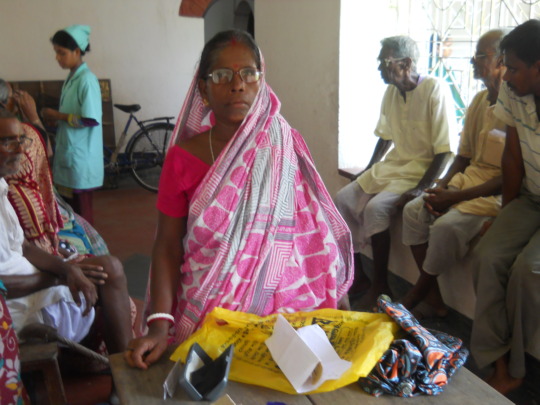 Most of the patients who receive healthcare facilities belong to the socio-economically marginalized section of the society. Mainly the inhabitants belong to two blocks namely Patharpratima and Mahurapur II and do not have access to proper medical facilities as the areas are remote and isolated. Therefore, Sabuj Sangha’s health care support facilities work as a savior in their life.

Sabuj Sangha noticed that poor & elderly mass of people were not receiving proper health support. Sabuj Sangha took a small step to help them and decided to organize a free eye check-up camp and provided spectacles to those in need of it.

Sabita, a 54 yrs old resident of Purba Surendranagar of GP Herembogopalpur. Her husband, Joykrishna, is a farmer. They have five children, of which, none of them stays with their parents. Sabita and her husband are all alone at their home. She is contented to receive the eye check-up and the free spectacles. She said “At home, it’s only two of us. Our two boys send money monthly which is not sufficient. I am having an eye problem for a very long time. But, I do not have much money to buy new sets of spectacles. I heard about the eye camp arranged by Sabuj Sangha from the Health Worker. I had the eye check-up and also received the new spectacles. I am highly satisfied and wish SabujSangha to be with the old-age people.” 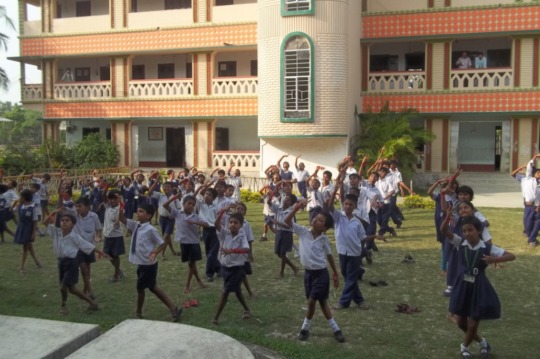 Sundarban is the largest delta in the world comprised of several islands. During post-independence period, Sundarban witnessed sudden influx of population, mainly due to migration. It exerted negative impact on the economy of the population in the region. Backwardness of the region is due to the following factors:

Social malice such as, Child labour, child marriage, human trafficking, to name a few, is prevalent in this region due to extreme poverty. Due to acute poverty, the population struggle to survive and sustain and it is mainly, the children who are being neglected the most.  They are deprived of a proper childhood, basic education and medical care facilities. The parents do not motivate their children for education; rather they send them for work in hotels, stalls and domestic work at households in the cities. Therefore, school dropout incidents are common in this area. The children are often trapped by pimps and traffickers and they become the victims of physical and sexual abuse. Hence, the children become vulnerable to various diseases due to lack of proper parental guidance, poor nutrition and hygiene.

Moreover, the condition of the Government Schools are not very good as there is no proper infrastructure, lack of teachers, no nutritional support, for which the children in the area remain aloof from the light of quality education.

Sabuj Sangha believes that children are the change agents of society and they should have access to education for making a change in the society. Therefore, Sabuj Sangha chases the dream of a society where no child will be deprived of his fundamental right to education along with proper food of adequate nutritional value. Hence, Sabuj Sangha has set up a Model Primary School with pre-primary and formal education facilities up to class VIII. It also has a plan of extension up to secondary level (class X), providing proper nutritional support, instituting a library, laboratory, children’s park and museum in the near future.

The School has taken significant steps towards developing interest in community for education, such as friendly classroom environment through innovative teaching methods, ICT techniques, periodical health check-ups, and providing books, school bags, uniforms and other stationery items. The children are even encouraged to participate in extracurricular activities like sports, art & crafts, etc. irrespective of gender, in order to promote gender equality amongst children. These characteristics are absent in the Government Schools in the vicinity and hence, it has grown up to be a “Model School” which can be replicated by other schools as well.

Reesyadeb is the 10 years old son of Kishore and Durga Rani. Reesyadeb’s father works in a medical store at Kolkata and his mother is a housewife. Reesyadeb’s parents were worried about his education. There are is no good schools in the locality for quality education. While searching for a good school they came to know about KSSN and was impressed by the way of teaching and other facilities and therefore, enrolled Reesyadeb here. He is studying in KSSN for the last five years since pre-primary. Initially, Reesyadeb was shy and not that good in studies. But with time and with proper guidance and support from teachers in the school, he has shown immense advancement in his studies and other co-curricular activities, painting being his favourite. Presently, he is in class IV and he has stood first in the class which is a result of his hard work and support from teachers. Reesyadeb’s parents are extremely happy with his results and the efforts taken by the school for his progress.

Reesyadeb says: “I am very happy that I stood first in the class. My teachers have always guided and encouraged me to study hard and they treat every student equally well. My friends are also very helpful and we spend quality time playing and engaging ourselves in various activities like painting, music, crafts, etc.” 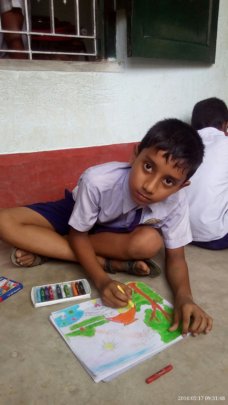 Reesyadeb engaged in painting
‹ 1 ... 49 50 51 52 53 54 55 56 ... 58 ›
WARNING: Javascript is currently disabled or is not available in your browser. GlobalGiving makes extensive use of Javascript and will not function properly with Javascript disabled. Please enable Javascript and refresh this page.