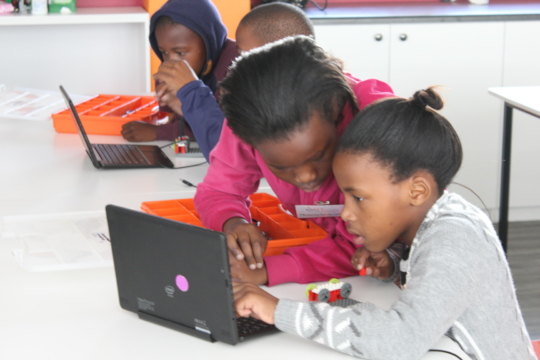 Phatokuhle and Mbali programming their robot

Thank you so much to each of you who support ORT SA CAPE's science and robotics workshops through CHW's page on GlobalGiving! You are giving children from disadvantaged communities around Cape Town the chance to learn about science and technology.

Janet and Talya at ORT SA CAPE gave the following updates from a recent workshop that was sponsored by CHW's supporters:

Recently, Mfusi Tshingilane brought in 13 children from his Kwaitos soccer club in Tambo Village, to do Robotics with ORT SA CAPE.

On the day, the children built dancing bird robots using Lego WeDo. This was an introductory project, as the children had never done any robotics before. Most of the children were able to complete the building and programming of their robots.

The children also visited the Science Centre and explored the various exhibits.

The children were provided with lunch and they throughly enjoyed the food.

Phatokuhle and Mbali, both aged 9 and in Grade 4, are part of a community building project, which is also run by Mfusi Tshingilane. They very much enjoyed the learning experience offered at ORT SA CAPE. They concentrated hard when building their robot, eager to find the correct pieces, and, working together, they were able to successfully programme their robot.

Janet and Talya stated: "Smiles were infectious as the children's confidence and skills grew throughout the workshop. Proud of their hard work, they left feeling motivated and inspired."

A massive thank you to each person who supports this project. Children from disadvantaged communities in Cape Town would not usually have opportunities like these. This also means that they may not know much about careers in science and technology and the workshops open their minds to new possibilities for when they are older.  Thank you for giving this opportunity to these children! 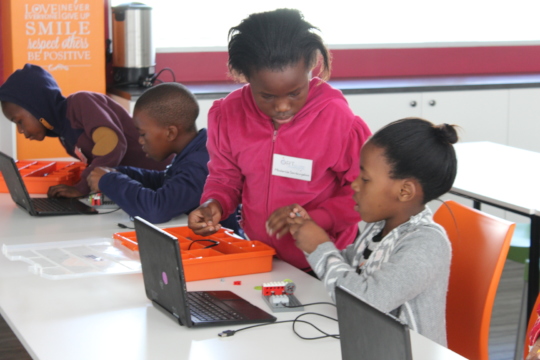 Trying to find the correct piece 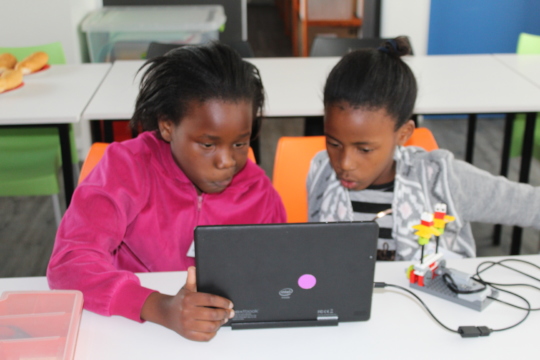 Creating the programme for their robot 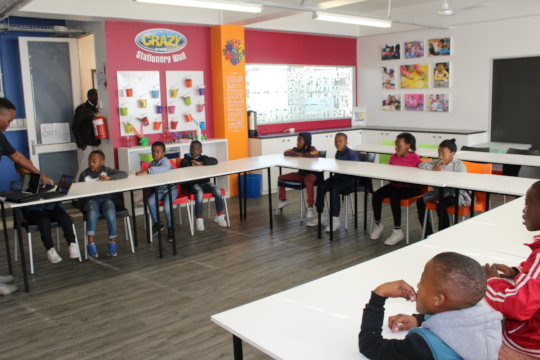 Children waiting as the netbooks are given out 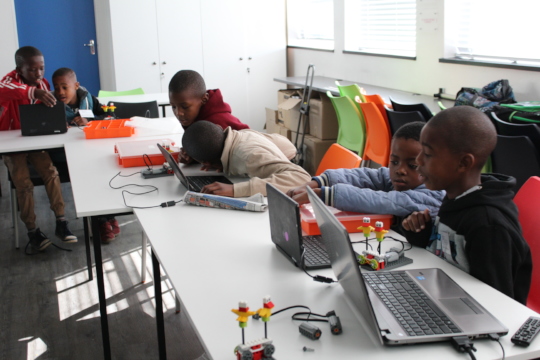 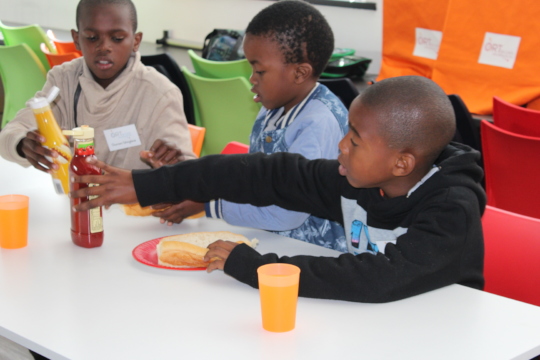 The children were provided with lunch

Thank you for supporting the kids at the tutoring programme in Romania! 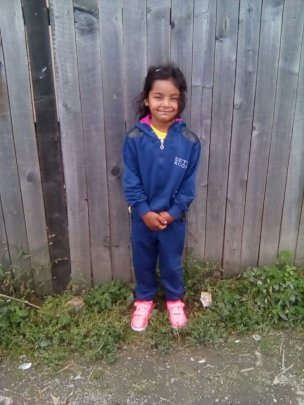 Thank you so much for supporting Refugiu's tutoring and mentoring programme in Romania, through Children's Helpers Worldwide's page on GlobalGiving. You are making such a difference for these children! Robert, the Head of Refugiu, gave the following updates.

Your contributions made it possible to provide each of the children with school items, such as stationery and exercise books, at the beginning of the new school year. Your help also provided them with shoes, socks, and warm clothes for the winter.

Robert took the children to buy the warm clothes. In one shop, the security alarm sounded as they left. The shop owner took six-year-old Mirabela's bag, to look through the items to see if he had left the security tag on any of the clothes by mistake. Mirabela started crying and said, "But those are mine". The owner found the security tag on a pair of socks and removed it. Giving the bag back to Mirabela, he said, "It's all yours!" There were no words to express the joy on her face when he gave the clothes back to her.

The children at the tutoring programme are continuing to improve with both their writing and their mathematics. The extra help is so wonderful for them, as it gives these children from very disadvantaged backgrounds, support with their education, which they usually would not receive. Thank you for making this possible.

Thanks to CHW's supporters, Refugiu is also able to distribute food to some of the families of the children at the programme. This is vital for their health, and also helps with their education, as it is very difficult for a child to learn if he or she has an empty stomach.

If you would like to continue to help these children, you can make a donation as a gift to someone else over the holiday period. To do this, just make sure to chose the option "make your donation in honour of someone", when you make a contribution through our GlobalGiving page.

Thank you so very much for your kindness and support for these children. Your help is making such a positive difference in their lives. 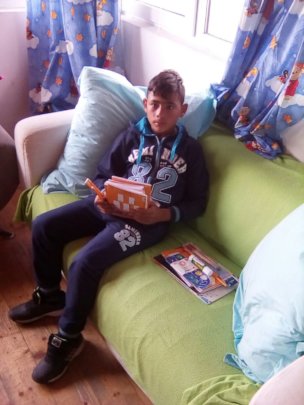 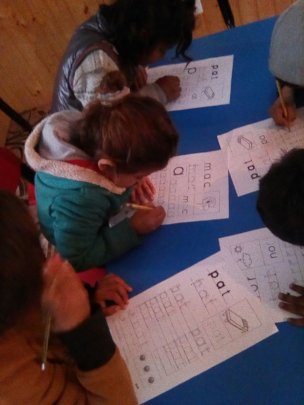 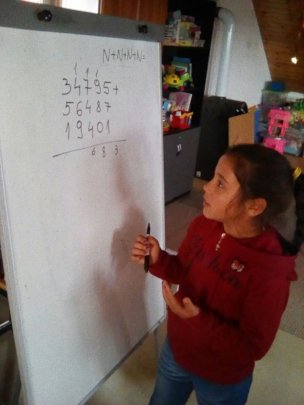 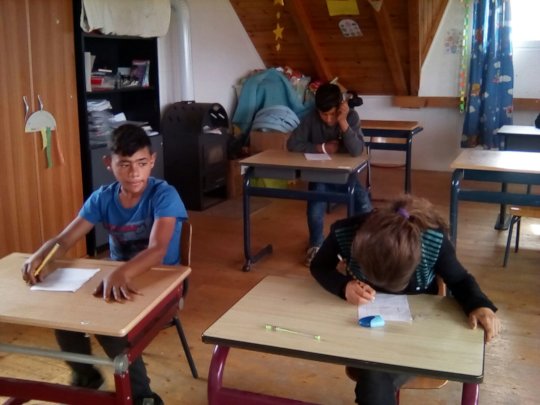 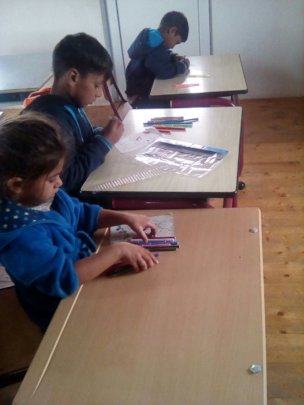 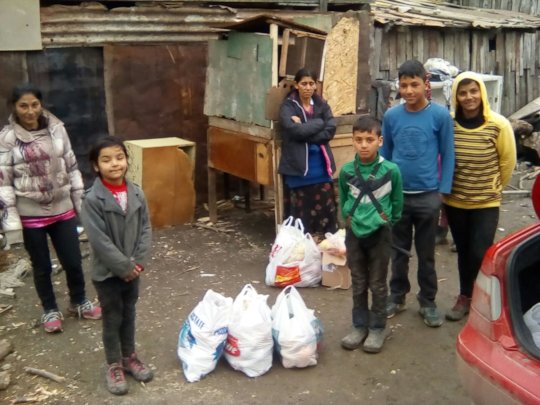 Food for the children and their families

Thank You for Helping these Girls to Learn About Robotics! 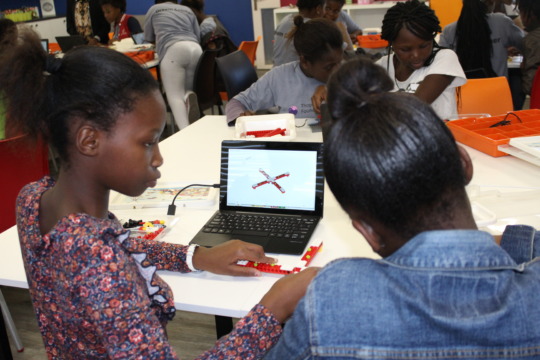 All of us at Children's Helpers Worldwide are very grateful to you for supporting ORT SA CAPE's science and robotics workshops for disadvantaged children in Cape Town, through our page on GlobalGiving. We took part in GlobalGiving's International Youth Week Campaign and were delighted to have received donations for the workshops. Thank you to each person who gave during that campaign, and who have given at other times, throughout the past few months.ORT SA CAPE recently ran a workshop for 20 girls from the Thope Foundation. The girls were 10 and 11 years old. This workshop was sponsored by CHW's supporters. The girls were from Khayelitsha. Janet from ORT SA CAPE explained that Khayelitsha is one of the biggest and fastest growing township in South Africa. Around 70% of residents live in shacks and one in three people have to walk 200 metres or further to access water. High school results in Khayelitsha, despite recent improvement, are still some of the worst in the province of the Western Cape. We are thankful to CHW's supporters for their contributions, enabling these girls to learn about science and technology at ORT SA CAPE.Janet gave the following updates from the workshop:The girls were given the opportunity to take part in a variety of activities, all related to the building of robots. Robotics helps children to develop critical thinking, reading and listening skills.The girls built a carousel wheel using Lego WeDo instructions on touchscreen computers. The aim of the project was to use technological design principles to construct the model, and to learn about, and use, different gears and axles. The facilitators assisted participants during the design and construction process, giving them clear explanations and individual support where it was required. Some mathematics skills were required to ensure that they used pieces of the correct size and dimensions.After building the carousel wheel, the girls had to programme the function block, which in turn instructs the robot to execute various movements. The participants were instructed to programme the carousel wheel to turn in different speeds and different directions. The girls also had to use various sensors. which makes the robot sense light, movement and tilt. The girls thoroughly enjoyed the workshop and were very engaged throughout the activity.Agxobile is a 10-year-old, Grade 5 student who is mentored by the Thope Foundation and attends their holiday programmes. She was very engaged throughout the day and exhibited excellent critical thinking and logic in the construction of the robot.Agxobile worked with another girl, Othembele, to construct the carousel wheel. At one point, Agxobile was able to show Othembele that she had used the incorrect Lego piece and she changed the part that was not correct. After trying to programme the carousel, it did not work straight away, but Agxobile checked for errors and was able to fix the problem. The carousel worked and Agxobile and Othembele were very happy with their success!Agxobile had this to say about the day “Thank you ORT SA CAPE. It has been exciting. I want to come again.”A massive thank you to everyone who who has been supporting this project. You are giving disadvantaged children in Cape Town an excellent opportunity to explore science and technology through robotics. Thank you for your kindness and help! 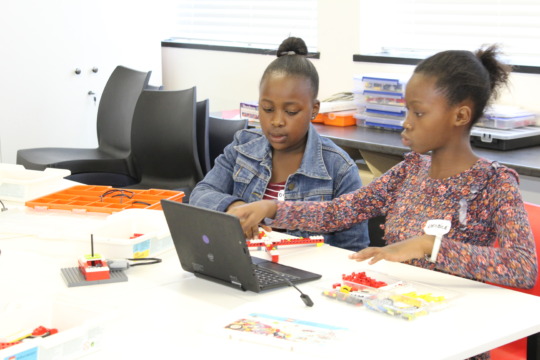 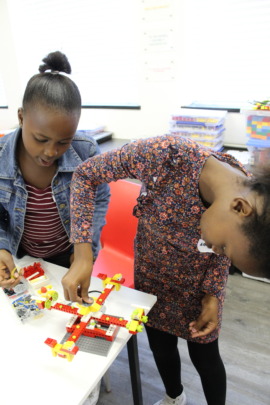 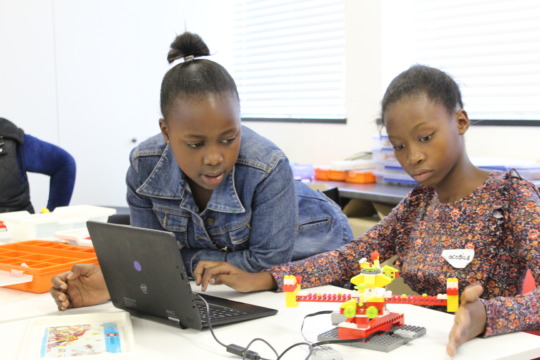 After programming the carousel, it is not working 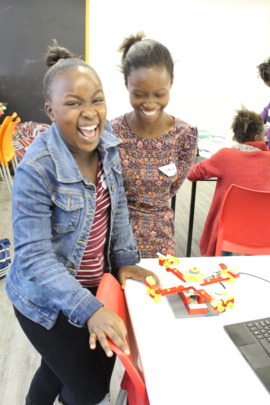 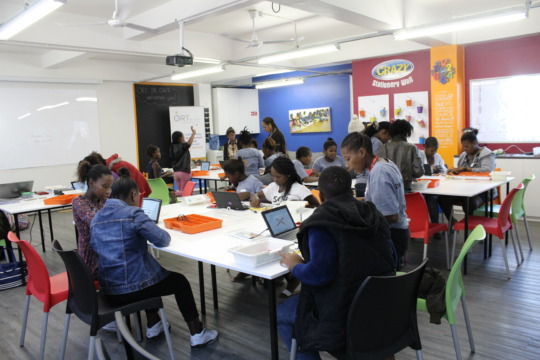 The girls all working on programming the carousels 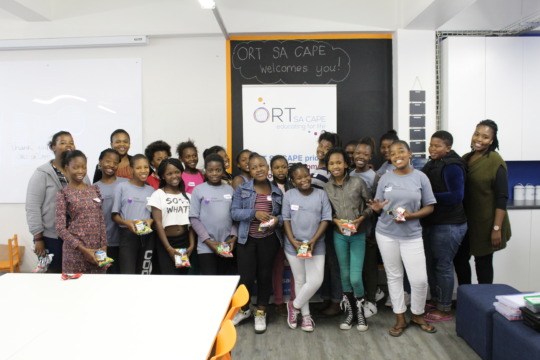 Thank you for sponsoring the workshop!
‹ 1 ... 5 6 7 8 9 10 11 12 ... 14 ›
WARNING: Javascript is currently disabled or is not available in your browser. GlobalGiving makes extensive use of Javascript and will not function properly with Javascript disabled. Please enable Javascript and refresh this page.