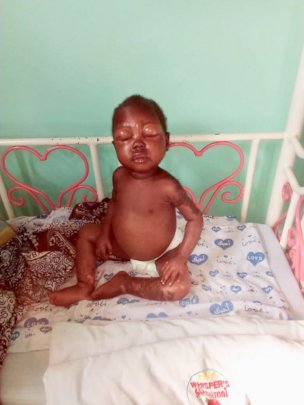 We have the outreach team who travel to different villages with hope of rescuing the malnourished children.              The major causes of malnutrition in the Eastern region are, child negligence, abandonment and poor feeding. The children are put on nutritional rehabilitation for a period of around 3 weeks depending on the type of malnutrition.

Whisper's Magical Hospital empowers the families of the malnourished children before they are discharged. Although most times the Hospital budget doesn't favour the empowerment project. https://www.globalgiving.org/microprojects/whispers-empowerment-project/

We thank all our donors for the generous support towards our malnutrition project.

For centuries, Non Governmental Organizations operating in Uganda had not realized the significance of community obstetric U\S scans. Most of the charity organizations had not been targeting mothers in urban areas who can not even afford to pay or access ultra sound services.

Many mothers in rural areas have ended up losing their lives during delivery since they cannot access or afford to pay for diagnostic services during pregnancy.

From the above back ground, Whispers Magical Children and Maternity Hospital has been documented as the first charity organization to provide free obstetric U\S scans to mothers in the rural areas in order to reduce abortions and maternal complications during delivery which may result into maternal deaths.

The first two Health Centers are located in Iganga district and the last one in Bugweri district.  These districts are found in eastern Uganda i.e great Busoga region.

These health centers are located deep in villages with high number of mothers attending antenatal services.

They lack diagnostic services and even they have limited number of staffs.

We found many mothers waiting for the services however we were not in position to work on them all since we were limited by the battery of the machine as it can work on 10 mothers only.

All the scanned mothers had never accessed obstetric U\S scans before.

From the table above, a total of 76 pregnant mothers were scanned.

From the chart above 8% of the scanned mothers were in the first trimester, 44% in the second trimester and 48% in the third trimester.

Out of the two mothers in Bulyansiime  H\C II with low lying placenta , one was noted with a partial placental praevia.

This mother was at 18 weeks of gestation, with no history of PV bleeding. She was educated on the dangers of placenta praevia like PV bleeding during pregnancy (APH), failure to have a normal delivery and others.

The midwife at the facility was advised to have a close follow up on the mother to prevent negative out comes. Rescan will be done in the third trimester to confirm the final position of the placenta in relation to the internal OS. 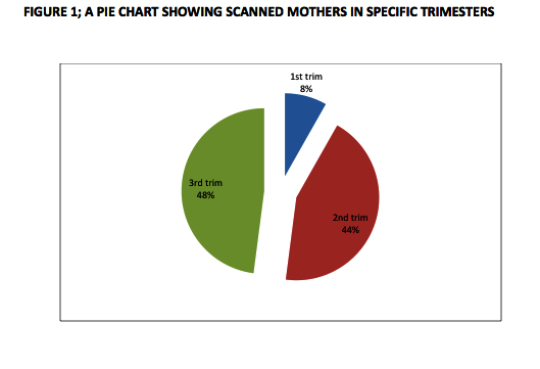 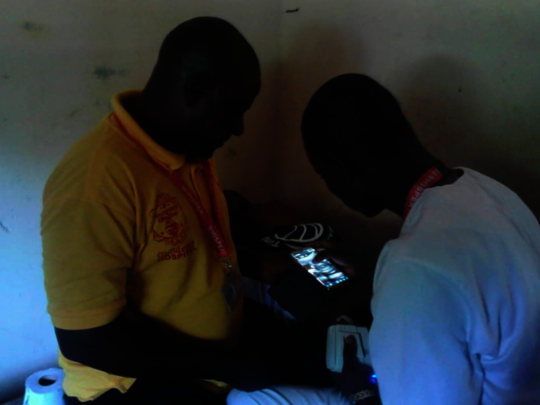 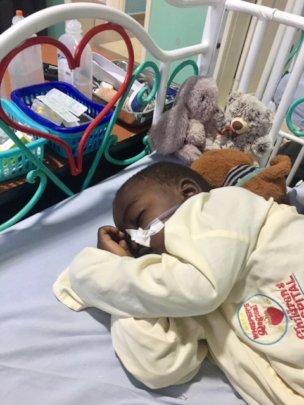 Whisper's Magical Children's Hospital and Maternity thanks all its donors for the great work of lending a hand to save so many lives of the Ugandan children and mothers.

In a month we receive an average of 1000 patients. Most of these patients travel long distances to come to our Hospital and endup bypassing the nearby Hospitals to come to Whisper's Magical Children's Hospital and Maternity for treatment. This is because of the care, skills and professionalism of our doctors.

Our Hospital spends over $5,405 on drugs every month. For every increment in the number of patients brings about an increase in the consumption of drugs. Your regular donations are what enables us to maintain all the huge expenses for this charitable Hospital.

Through our outreach team, we are able to rescue so many dying children deep in the rural areas of Uganda and treated until they are fully recovered and they are still given support when they are being taken back home.

Your generous donation is saving so many children's and mothers' lives in Uganda.

‹ 1 ... 9 10 11 12 13 14 15 16 ... 25 ›
WARNING: Javascript is currently disabled or is not available in your browser. GlobalGiving makes extensive use of Javascript and will not function properly with Javascript disabled. Please enable Javascript and refresh this page.