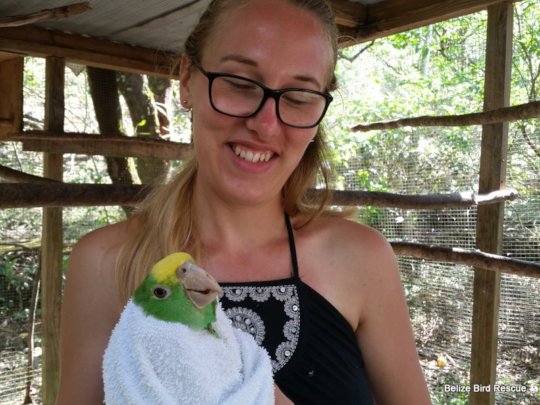 Dr Sophie and one of the release yellowheads

The first 4 months of 2018 has been our busiest ever. We have no idea why – hopefully it’s greater awareness and not greater incidences of birds in peril. Whatever the reason, we have 3 times the number of cases and it’s certainly kept us on our toes. We have been incredibly lucky to have had the wonderful Dr Sophie Herbert with us. She’s a Canadian avian and exotic specialist, and my goodness she knows her stuff! We’ve witnessed some amazing life-saving surgeries and treatments and I have learned a huge amount. I wish she would stay in Belize for longer, but sadly we lose her at the end of June. We’re pretty sure she’ll be back before long though. Once Belize gets under your skin, you just can’t stay away!

We have just come into baby season, and the parrot chicks are coming in thick and fast. Most are the endangered yellow-headed Amazon removed from the buffer areas of the protected nesting grounds. The Rangers pull any chicks that will certainly get poached or predated and they bring them to us to hand-rear for release 12-14 months later. We just returned last year’s 10 chicks to the Payne’s Creek National Park. They will be released from their pre-release enclosure tomorrow. Keep an eye on Facebook for their story. This marks 70 yellow-headed parrots we have returned to the wild. The population estimates are as low as 1200 individuals, so 70 birds is a respectable percentage of the population to save. This year though, we already have 14 chicks, we are receiving 15 more on Friday and possibly more next week. This is all down to an amazing field team who have installed many extra nest boxes and are monitoring the nests carefully for overcrowding and poaching risk. Given the extra responsibility for BBR, your donations have more and more significance with every month. I know I say this repeatedly in my thank-you emails, but you have absolutely no idea how crucial that monthly disbursement is to our operations. You are wonderful and I really can’t say thank you enough.

Please keep an eye on the Facebook page for updates of our activities. We are about to get a flurry of interns for the season, so I will make sure they are all busy posting as well as working! Also check out our Mother’s Day Campaign. We may just have the perfect gift for that unique and special woman in your life.

Bless you for caring and sharing your hard-earned dollars. You are all our heroes! 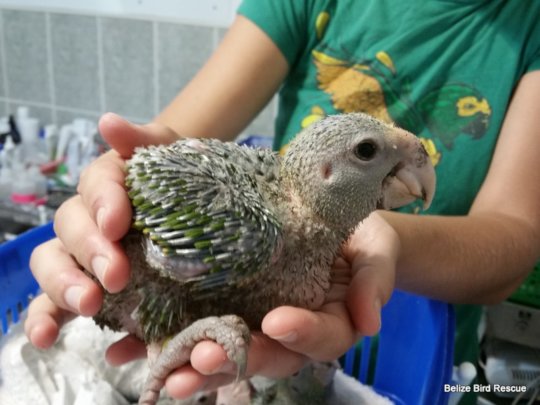 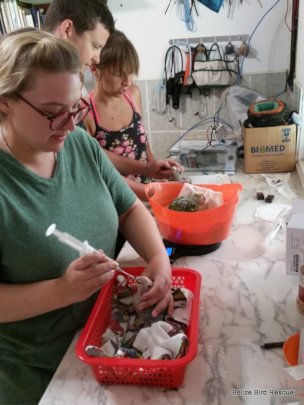 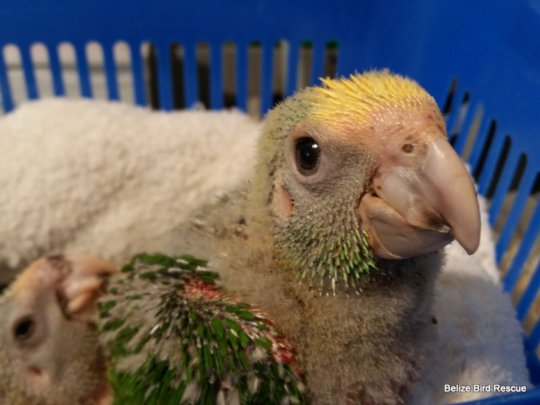 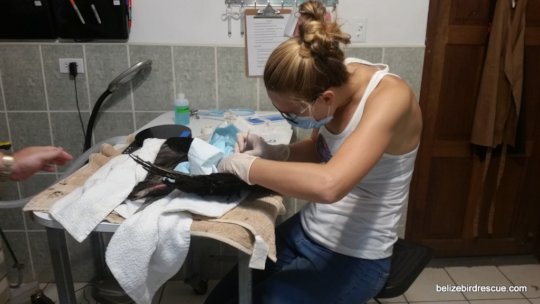 This last quarter has been quite eventful. In terms of fundraising we had the best period ever, thanks to your generous Giving Tuesday donations and a lovely surprise windfall from GlobalGiving who chose BBR as their Project of the Month. That combination of funds enabled us to get both of our creaking vehicles back on the road with bells on! The little Ford Ranger has never run so well. For that we thank you from the bottom of our heart – a real shot in the arm for our rescue efforts. We also used some of the funds to create our membership packages which are now selling well. Your money is working all over again to create that magical sustainability. Speaking of which, our Guest House is picking up month by month. One day we envisage that Rock Farm Guest House will provide complete funding for the rescue, and for our education and conservation projects.

Anyway, enough of the dull money stuff – let’s talk about birds. This last quarter we have dealt with pygmy owls, barn owls, hawks and falcons, a vulture and songbirds, herons, pelicans and storks, and of course lots and lots of parrots. We’ve been receiving regular feeding formula donations and vitamins from Hagen in Quebec in readiness for the upcoing breeding season and many visitors to the Guest House have seen our ‘Pack for a Purpose’ initiative and have given over precious luggage space to medical supplies and food.

We have released more than 50 parrots and are excited to see them begin to pair up and search seriously for nesting sites. Our adult yellowheads have been on soft release for almost 3 months and are getting less and less stupid by the day! They are starting to behave like a wild flock, spending less time seeking out humans and more time flying and foraging. We reckon they are ranging over 5 miles now and that is simply fabulous news. I have learned to ‘never say never’ when it comes to rehabbing former pet birds, as I never thought in my wildest dreams that some of these birds would ever make it as a wild birds.

A bonus addition to our Team: we’ve been in the very capable hands of avian vet Dr Sophie Hebert for the last 3 months. She’s only on loan from her friends in Quebec, but we are making the most of her until she leaves us later in the year.  She brings knowledge and training, and she has most definitely given an injured parakeet and an injured vulture the gift of flight with her orthopaedic surgical skills.

That stroke of midnight announcing 2018 seems very far away now, and no-one is ever quite sure how long the New Year actually lasts, but we would like to wish you a Happy New Year anyway, and a very healthy and prosperous 2018

Thank you once again for your thoughtful generosity. You are all Heroes! 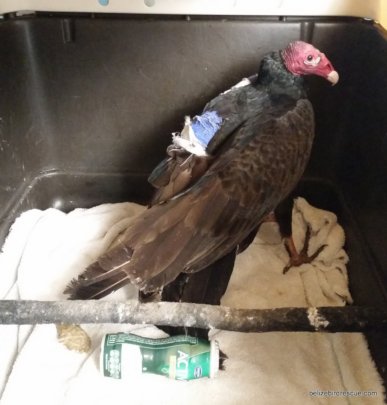 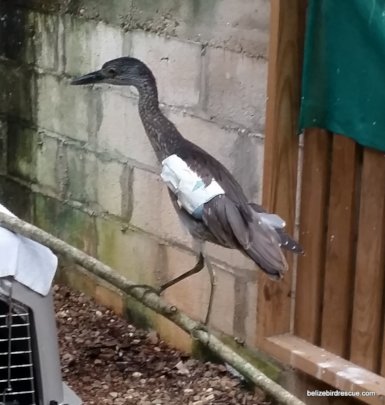 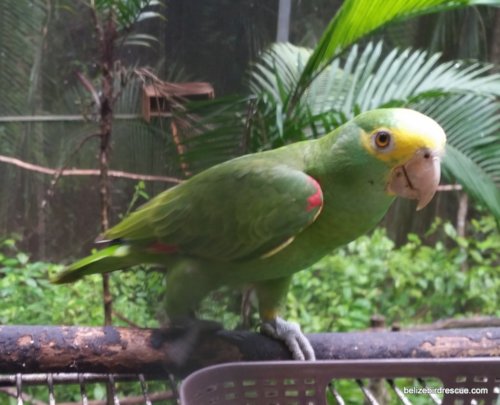 Yellowhead baby waiting to be released 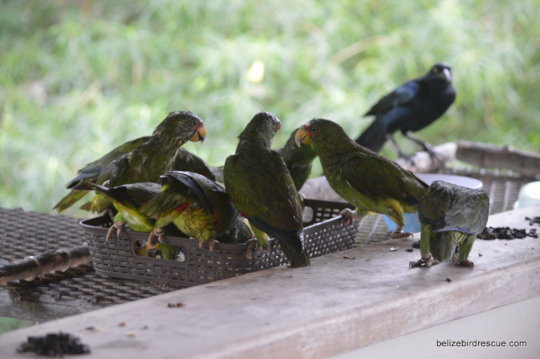 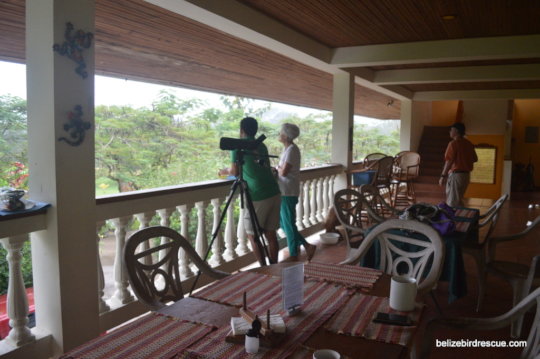 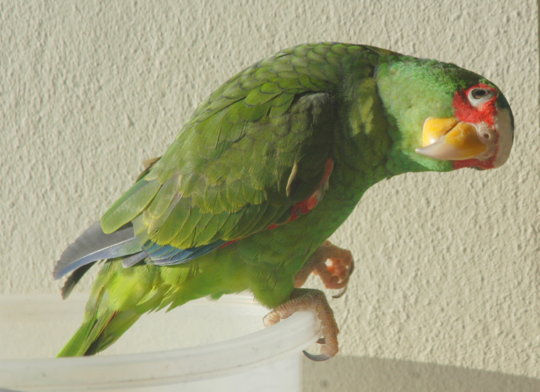 This project report is a submission to GlobalGiving's 2017 Fail Forward Contest, where organizations are asked to share a story of when they tried something new that didn't go as planned and how they learned from it. Enjoy!

We first started rehabilitating former captive parrots for release in 2004. To be perfectly honest, we didn’t really know what we were doing. We asked several parrot experts what the protocols and methodology were, and the general reply was ‘we have no idea but if you ever find out, please let us know’. Not terribly helpful…

The pivitol moment in BBR’s history was without doubt the death of Connie, the white-front parrot. She was liberated from the tiniest cage you have ever seen. I couldn’t even get my hand through the door. She was being fed by sprinkling sunflower seeds through the bars, and she had a tiny child’s play-set coffee cup as a water dish, which she preferred to use as a hat most of the time. She was the quietest, most adorable, placid bird I had ever come across.

When Connie came along, we were still fumbling at rehab: we had released 6 or 7 birds which we now know was more by luck than judgement. They would come into the house and night to sleep, and play out in the trees by day. Most had clipped wings, which take a full year to grow back in. We became very proficient at climbing ladders and persuading parrots to jump!

There’s a dangerous few months when the bird has enough flight feathers to get into trouble, but not enough to get out of trouble. It was during that half-way period that Connie took off toward the forest. We had a general idea of where she would have landed, but being a quiet bird, we called and called but she didn’t respond. I had people looking for her for days. We finally found a pile of feathers perhaps quarter of a mile away. It was then and there we decided if we were going to do this, if we were going to do right by these birds, if we were going to succeed in helping them, then we had to do it right.

We started building large aviaries and in true ‘build it and they will come’ fashion, more and more birds were being brought to the centre. The aviaries created a safe and secure jungle environment while feathers grew and the birds learned flock interaction and critical survival skills with minimal human intervention. Our protocols developed rapidly and we became efficient and proficient at the soft-release of our birds.

Today we have rehabbed and released more than 500 former captive parrots and now people look to BBR for guidance. I often think of Connie and wonder where we would be now if it wasn’t for her. She was without doubt our most significant ‘fail forward’ moment. Fly Free, little soul.