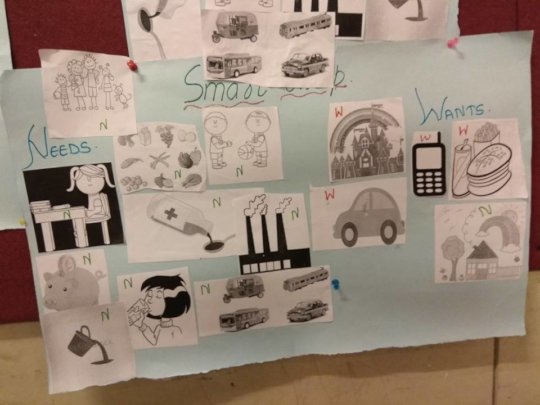 72.5% of the population living in M-east ward lives in slums. The ward has the lowest Human Development Index in the city. The ward not only houses various slums but is also home to resettlement colonies, comprising of people living in slums from different parts of the city who have been rehabilitated here.

Lallubhai Compound with a human density of 653 persons/acre is one such resettlement colony located in the M-east ward of the city. This colony is located near a garbage incinerator, slaughter house and an open drain surrounding the community.

Keeping this in mind it was felt necessary by YUVA to educate children about their rights mandated by the Convention on the Rights of the Child and guaranteed by the Constitution of India.

A workshop with 68 children (age group 12-16) from Lallubhai Compound was organised in this regards. During this workshop the children were informed of their rights as mandated by the Convention on the Rights of the Child. The rights mandated through 52 articles were divided into 4 rights i.e. Right to Survival; Right to Development; Right to Participation and Right to Protection.

Along with education the children about their rights the workshop also focused on government systems that are created for ensuring the deliverance of these rights to each and every child. Systems such as Childline, Child Welfare Committee, Juvenile Justice Board and laws drafted for protection of rights such as Right to Education. 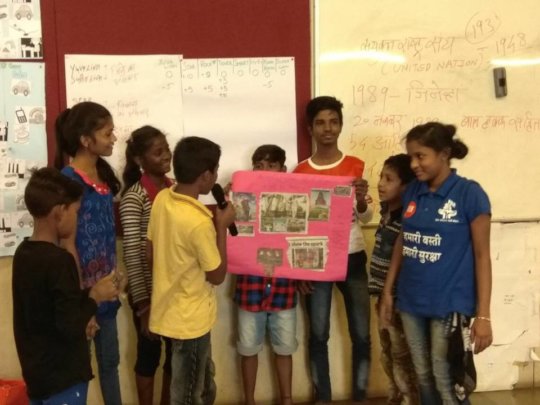 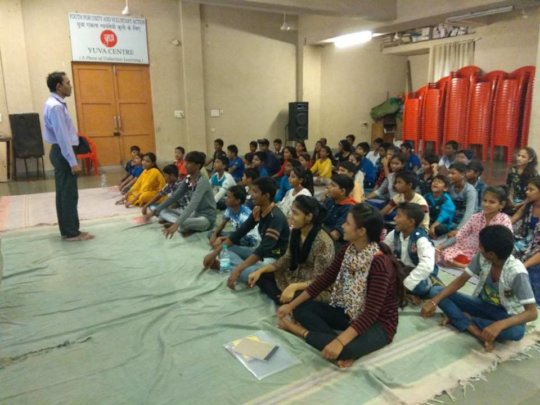 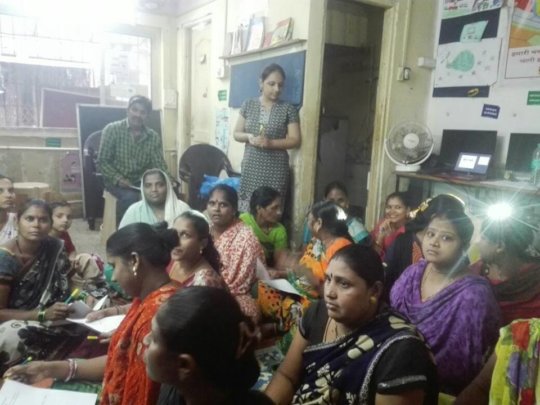 7th November 2017 marked the opening day of an important campaign for us. Youth for Unity and Voluntary Action (YUVA) in collaboration with Help Eradicate Abuse through Learning (HEAL) began the first of a series of sessions to spread awareness on child sexual abuse. Over the next few weeks, these sessions will be held with a range of stakeholders, to help different audiences understand the role they can play to spread awareness on and help prevent child sexual abuse.

The workshop on 7th November invited participation from parents in Lallubhai Compound, a residential colony in the Mumbai suburb of Mankhurd set up under the Slum Rehabilitation Act (SRA) to house people earlier living in informal settlements. Around 20 women seated in the office of the Child Resource Centre (CRC) eagerly listened to the session conducted by Nikita Patodia, the director of HEAL. Since child abuse is a very sensitive topic, the few men who appeared for it presumably felt uncomfortable and left while the session was on. Unfazed by this, the discussions continued. Given the seriousness and severity of the issue, an intimate environment built up. Children leaned against their mothers who had already started disussing some questions. Questions started coming up even as the mothers began filling questionnaires on child sexual abuse.The selection of the CRC as the site on which this discussion was conducted was also important, as this is a safe space for children to learn and play in.

The beginning of the session focused on the big picture. The facilitator pointed out the contrast between the low visibility of the issue and its under-reporting in media and across society, given the high prevalence of child sexual abuse in India. The high dark figure of cases which are never reported to the police were highlighted.

‘Always be aware of the existence of child sexual abuse’, was a prominent phrase repeated often. Beginning with how important it is to acknowledge the issue, the discussion then moved on to specifics of the problem. The facilitator discussed how boys can also be sexually abused, children can become child sexual abusers, and in most cases the offenders are well-known to the family, could even be a member of the family. In fact, according to the NCRB 2016, in 84.8% child sexual abuse cases, the perpetrator is a familiar face for the child.

A major issue to address in this context is responsibility. Parents have a responsibility to protect their children, provide them a safe place, and responsibly listen to what they are saying. Since children sometimes feel ashamed or even guilty for what happened to them, and do not directly speak about the problem, parents were sensitized on how to interact with their children.

At the end of the two-hour intense session, women emerged more confident on ways to protect their children from sexual abuse and keep them safe. Child sexual abuse can create a vicious circle of violence which extends into adulthood. This circle can be limited by prevention through awareness activities. In the coming days, these sessions will be held with children, adult CCPC members, the youth, the police, school staff (teaching and non teaching members) and anganwadi workers (tais) to spread the message further. 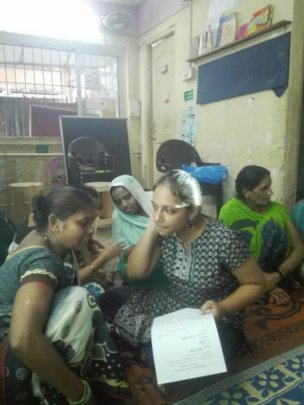 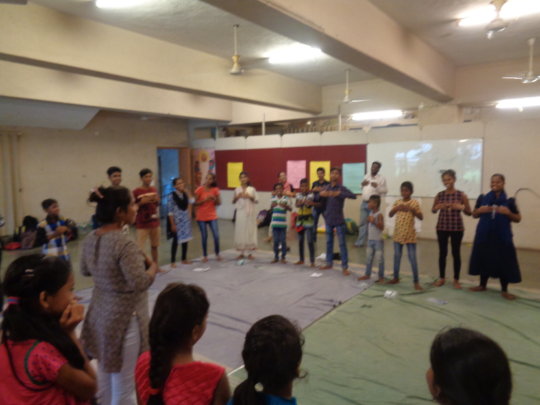 Making playgrounds accessible and safe for girls is one of the major initiative taken up by the children in lallubhai Compound. At the same time their daily interactions are reflective of gendered stereotypes that are ingrained in them since childhood. Thus a workshop aiming at challenging these stereotypes was initiated with the members of the group leaders

The session began with differentiating between sex and gender; one that is natural and the other that is acquired through socialisation. Making children comfortable about their body parts and to overcome the inhibitions around talking about one's body parts were done through an activity wherein the children were asked to draw male and female bodies.

Once the fact that attributes linked to masculinity and femininity were socially constructed the discussion around day to day interactions between male and female began. The discussion for the children was relatable because it was around relationships that they are in like that of a mother and child (both male and female), among friends, brother and sister and in romantic relationships. 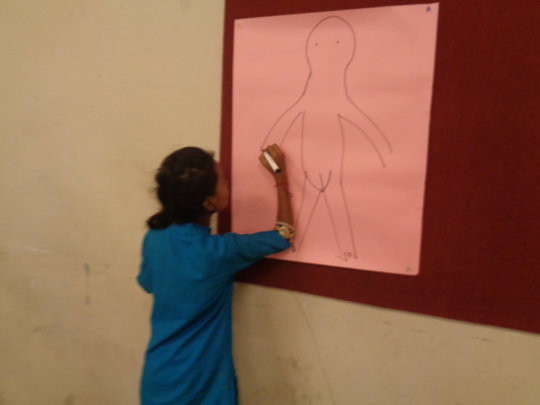 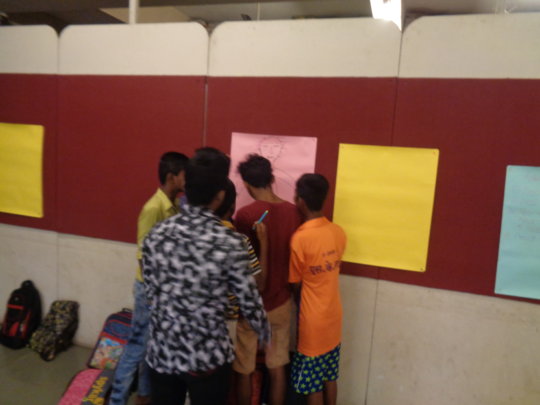 Writing there views
‹ 1 ... 4 5 6 7 8 9 10 11 12 ›
WARNING: Javascript is currently disabled or is not available in your browser. GlobalGiving makes extensive use of Javascript and will not function properly with Javascript disabled. Please enable Javascript and refresh this page.