Report Sets off Flurry of Questions for CEDAW

The UN Committee on the Elimination of Discrimination Against Women recently released an 8 page list of questions for Fiji, following the submission of a Parallel Report drafted by ICAAD on behalf of a coalition of local NGOs. While the Parallel Report mentioned efforts made in Fiji to improve gender parity, it highlighted major gaps in existing legislation and practices that have significantly hindered progress for women's rights.

Commenting on the report, Nalini Singh, Executive Director for Fiji Women's Rights Movement said, "the reforms are far outweighed by the existing and entrenched discrimination against women. The report cites the high prevalence of gender-based violence in society as evidence of the State's lack of compliance to CEDAW." The Parallel Report responded directly to the Fiji government's report to the Committee, and focused on CEDAW Articles:

In relation to gender-based violence, the CEDAW Committee highlighted problems with access to justice for women and girls, highlighting customary reconciliation and gender-bias in the judiciary as areas of particular concern, and asked for information from the State as to what measures it is taking to address the concerns. It also requested information on training measures for health, law enforcement, and the judiciary, and "any measures taken to increase the number of female front-line officers." 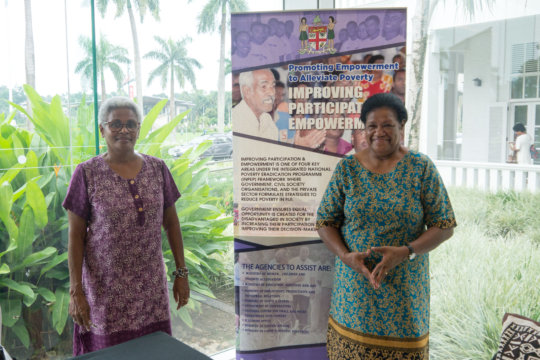 Every time a sentence is reduced because of gender bias, the survivor is robbed of their justice, and it sends a signal to aggressors that crimes against women and girls are not serious. ICAAD believes it is imperative to increase transparency and accountability in the legal system to reduce the occurrence of violence.

Written in partnership with global law firms Clifford Chance (U.K.) and DLA Piper (Australia), and local judicial experts, ICAAD will soon be releasing the first ever Sentencing Handbook on gender based violence for the Pacific Region. The Sentencing Handbook will function as an instructional guide for: judges when evaluating GBV cases, prosecutors, civil society organizations, and lawyers and law students who will conduct case law analysis for TrackGBV, a public access legal database ICAAD is currently creating.

The Handbook will provide the methodology for analysis of GBV cases; detail the scope of GBV in the Pacific, its causes, and forms of violence; define gender bias, gender myths/ stereotypes, customary practices, and its relationship to sentencing; and promote the understanding of international law principles, status of custom in domestic legislation, international and national best practices, and GBV related legislation.

The goal of the Handbook is to provide education to practitioners to avoid the influence of gender-bias in decision making, and to be able to voice concerns during Court proceedings when discriminatory factors are raised.

Your support makes it possible to promote systemic change and increase access to justice for women and girls in the Pacific. We greatly appreciate your assistance. 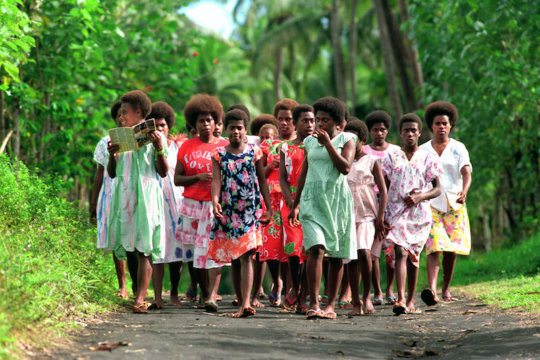 Following a trip to the Pacific in March to advance the Justice for Women & Girls in the Pacific program, the ICAAD team has been consulting with Chief Justices across the region, discussing the need for better access to lower court decisions and potential opportunities to give trainings. The Chief Justice of the Marshall Islands has volunteered to send DV and sexual offence cases to ICAAD going back to 2000 for inclusion in PacLII and the TrackGBV (gender-based violence) sentencing database we are building.

ICAAD's sentencing report was presented by the Pacific Judicial Strengthening Initiative (PJSI) - run by Federal Courts of Australia - at a judicial consultation in April in Samoa, with 14 Chief Justices attending from across the region. The Chief Justice of Tonga and a Judge in Samoa also expressed interest in our analysis, and are interested in ensuring that Tongan and Samoan cases also are analyzed for gender-bias by ICAAD.

With your support, we are: