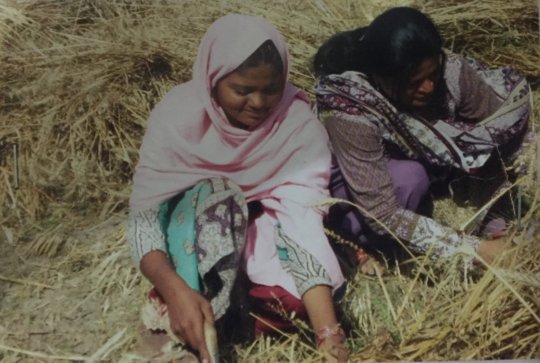 Thank you very much for the initil support and helping us reach our initial target of $5000 to attain a permanent spot on Global Giving.The organization has been working since 1994 and so far has benefitted more than 86000 direct beneficiaries through various interventions and programs.

In this project so far, AWARD Pakistan has already given the loan of Rs. 60,000 to the 5 women of Bilal Nagar, Tehsil Jhumra, District Faisalabad.

In the month of March, the beneficiaries negotiated with several land owners to get a piece of land on contractual basis. This thing took a little more than expected because most of the land offered were on a certain distance from the village and it was really hard to reach the piece of land especially in summers where the temperature goes upto 48 degree celsius. After a hardwork , the beneficiaries have been able to found a piece of land which very much closer to the village and have easy access. The land is quite rich and is quite fesible to grow vegetables. The beneficiaries have made a contract for 1 year which would be extendable later on after the completion.

The beneficiaries aong with their husbands have done the initial workings on the land such as making it feasible for growing vegetables through ploughing by a tractor.

There is one more important thign to mention that month of April is considered as a month of harvesting the wheat crop in Pakistan. Majority of the people living in the rural areas leave all their work and start cutting the wheat crop for the land owners who give them a share from the overall wheat stock for their services.This thing contributes in their family income therefore people leave everyother thing for this season.

As the harvesting season is ended now, therefore the beneficiaries will start growing the vegetable once the temperature falls. This will pass the month of June as it is too hot for the women to work in the farms.The are in constant communication with the agriculture experts who are guiding them on how to gro the off season vegetables. Hopefully the types of vegetables grown will be mentioned in the next report of July 2016. 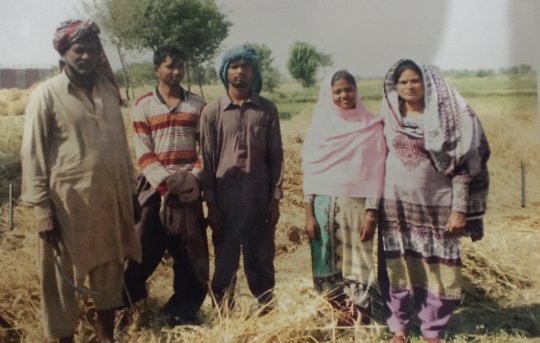 Beneficiaries during harvesting
May 2, 2016

Thank you very much for your kind support and helping us reach our initial target of $ 10,000 ( which was later raised by AWARD) at GlobalGiving. AWARD Pakistan has been working from the last 21 years in community development and so far has been able to support approximately 85,000 plus direct beneficiaries and nearly 500,000 beneficiaries indirectly. Our efforts to improve the life of marginalized communities’ especially rural women are still going effectively through number of interventions in the rural areas of Pakistan.
Since the funds took some time to transfer because of the formal procedures. AWARD Pakistan has started primary workings on the given project. As discussed in the description of the project AWARD Pakistan will install 32 handpumps in the 08 rural areas of Balakot, District Mansehra.

Currently, The organisation is in the phase of surveying several villages in Balakot to find the most appropriate 08 villages where the death toll is the highest due to water-borne diseases among children and women. AWARD Pakistans hardworking team will go from village to village (taking a sample survey of 20 people from one village). After completing the survey the organisation will select 8 most deserving areas and will start installing the hand pumps right away which would be covered hopefully in the next report of August2016.As the project is highly sustainable therefore it will Help mitigate the effects of dirty water.

The survey team will complete its visit and report to the headoffice till May 20, 2016. The next activities will be written in detail in the next report of August 2016. 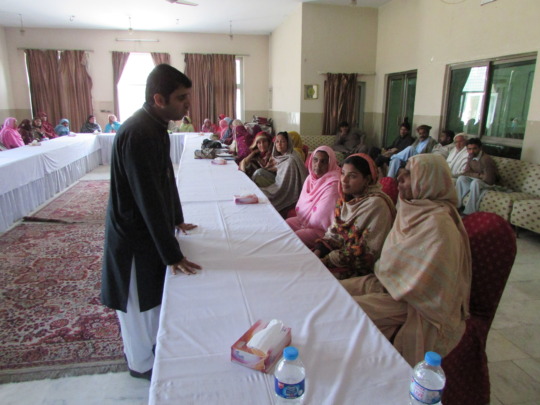 Thank you very much for the initial support and helping us get our initial target of $ 5000 to attain a permanent spot on Global Giving. The organization has been working since 1994 and so far has benefitted more than 86000 direct beneficiraies through its interventions and programs.

In this project so far AWARD Pakistan has done the initial workings such as the areas interviews of the beneficiaries and the selection of the target areas. As discussed in the previous report the interviews from the 3 marginalized rural areas were conducted and Bilal Nagar, Tehsil Jhumra, Faisalabad was selected for the distribution of loan.

20 women (the deserving of all) were interviwed on December 01,2015 from the area Bilal Nagar,Tehsil Jhumra, Faisalabad. A group of 5 women has been has been selected from the 20 interviwees and a business development training was conducted with the Business group to improve their knowledge on managing the business.In the training they were taught about types of lands, types of vegetable farming,the process of venegtable farming, Book keeping and Money handing. The other 15 women who for some reason were not been selected for the loan were also invited to attend the training along with some other women so that in future they would be benefitted from the training.

At the end of the training a loan of Rs.60,000 was given to the 5 women so that they could get a land on contract basis and start growing the vegetables. The selection of land is under process as the 5 women with the help of their husbands are looking for a suitable land which should be somehow closer to the village (Bilal Nagar) to have easy access. In this regard the negotiations are going on with few land owners and the it will soon be finalized. With the selection of the land (which is expected to be done at the end of Feb 28,2016)  the 5 women will start the vegetable farming and that would be mentioned in the next report which is due in May,2016. 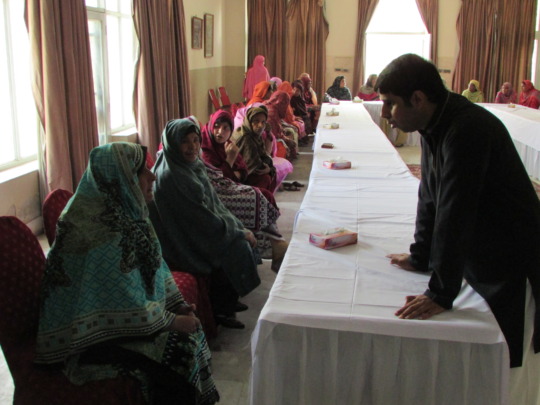