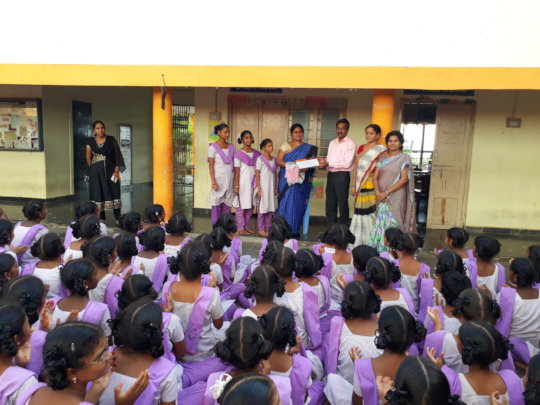 I wish to thank the donors for supporting us through the Bonus Day Campaign of July 2019 and the Little by Little Campaign of August 2019 for their support. We have not received the funds from Global Giving due to some difficulty with govt. of India but we hope the problem will be resolved as Global Giving is making every effort.

We have established 72 more new libraries, including 8 with anticipated donations of BONUS DAY, by the end of September 2019. This is in addition to the 70 libraries set up till end of July 2019. Thus, we have created access of books to over 63,000 underprivileged students during April-Sep. 2019. We have, thus, exceeded the target to set up 135 libraries during the year April 2019-March 2020 within the first six months itself. 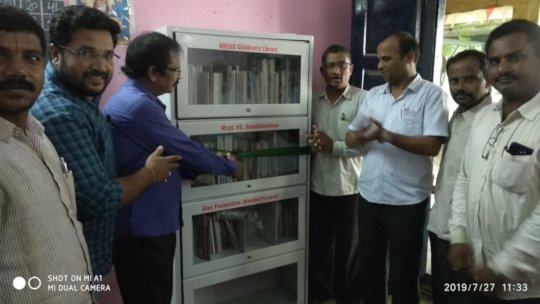 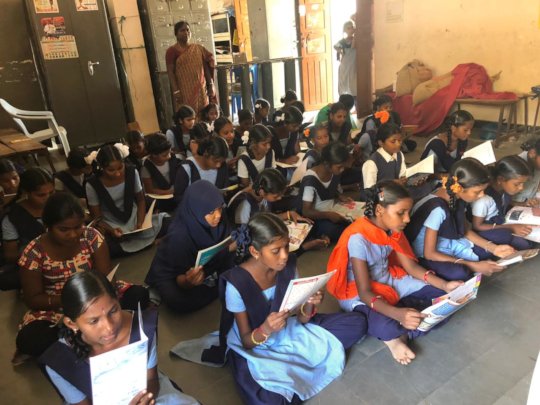 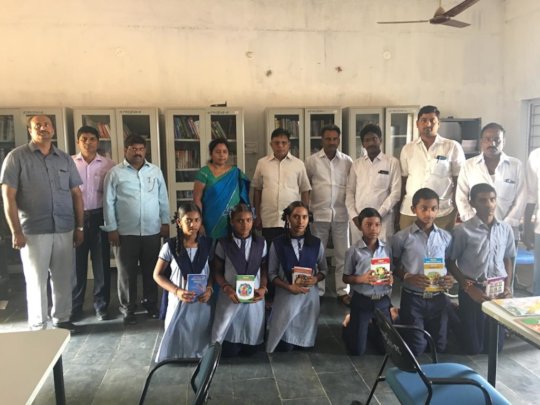 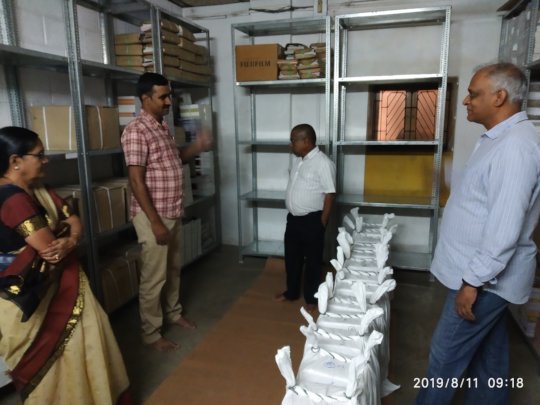 I wish to thank tyou all for supporting us through the Bonus Day Campaign of July 2019 and the Little by Little Campaign of August 2019. We have not received the funds from GlobalGiving due to some difficulty with govt. of India. We do not know when these funds will be released. Yet, we are continuing to do what we have promised to do,establishing new libraries with Bonus Day contributions and Little by Little campaign of August. .

We have established 70 new libraries by the end of July creating access of books to over 31,000 more underprivileged students. This was possible due to donations received in last week of March.

We have dispatched a set of 40 new books to 1,159 existing BREAD libraries set up till March 2019. This was also completed by end of July 2019. Your donations received through “Little by Little” campaign of April 2019 have helped us to replenish 660 of these libraries. We have taken into account the interest earned on Corpus of Rs. 88,000 also. However, we have reverted the corpus of Rs. 88,000 and along with balance Rs. 112,000 available from donations received through Global Giving we are in the process of establishing 8 new libraries to fulfill our obligations. These 8 new libraries will be set up during September 2019.

Governing Body of BREAD Society has decided to set up 10 to 15 libraries in Kasturba Gandhi Balika Vidyalays (KGBVs) on a pilot basis. KGBVs are residential high schools for girls from underprivileged sections of society established in backward Mandals with low rate of literacy among women. We have already established one library at KGBV, Vangara. Girls are excited and we can see the brightness in their eyes. Their joy in reading the books is a wonderful sight. We are establishing 10 libraries in KGBVs by end of September 2019.

Mr. Chinaveerabhadrudu, IAS, State Project Director, Sarva Siksha Abhiyaan  (SSA), Andhra Pradesh has visited our facility at Kakinada in August and observed that the Organization has been rendering exemplary and selfless service in establishing libraries to promote reading habit among children. He has further directed all officers of Education Department to make use of BREAD libraries, if necessary by conducting competitions. 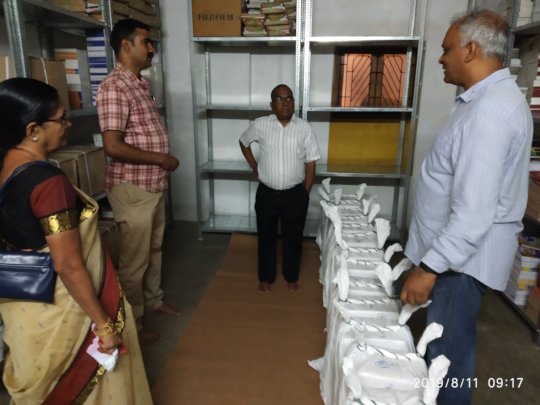 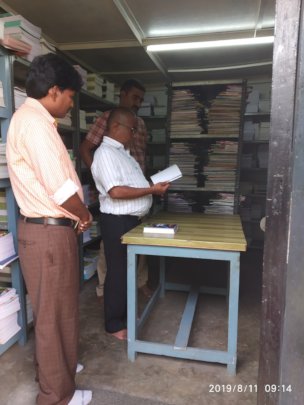 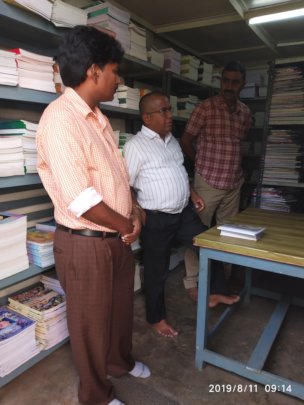 You may also please recall that I reported receiving a substantial donation of over Rs. 18 lakh in March 2019 through GiveIndia and Trent Ltd. We placed orders for 50 sets of 650 books from nearly 20 publishers in April as we had in stock 20 sets of books. Our volunteers have done a great job in putting together 66 sets of 650 books and dispatched them on time to the schools selected based on prescribed norms. In all, we have established 66 Children’s Libraries including two on behalf of Global Giving Foundation and two sponsored by another donor.

We have selected and purchased 40 new books to replenish existing BREAD Children’s Libraries. We are in the process of putting together 1,100+ packets of these 40 books to be dispatched to library schools by registered book post by the end of July 2019 or early August.

A team of office bearers of BREAD Society consisting of Secretary, Project Director and Chief Coordinator met Mrs. K Sandhya Rani, Commissioner, School Education, Govt. of Andhra Pradesh at Vijayawada.  They explained the work done by BREAD in setting up 680 libraries in Govt. schools in Andhra Pradesh in the last ten years and requested her to issue instructions to follow BREAD Guidelines in operating BREAD libraries. She has since issued orders to RJDSEs and DEOs to direct BREAD Library schools to adopt BREAD Guidelines to operate its Libraries. Copy of proceedings attached. This places us in a much better position while interacting with library teachers and headmasters as we have the approval of the govt.


Attachments:
‹ 1 2 3 4 5 ›
WARNING: Javascript is currently disabled or is not available in your browser. GlobalGiving makes extensive use of Javascript and will not function properly with Javascript disabled. Please enable Javascript and refresh this page.