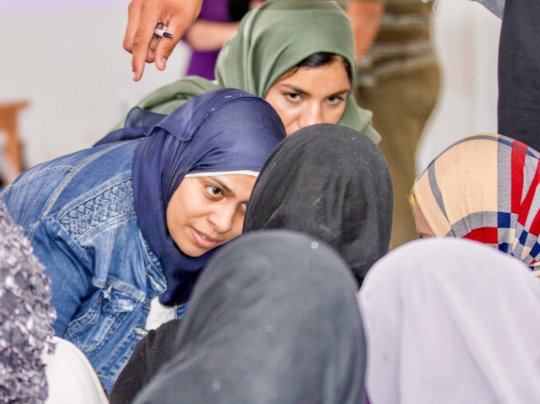 These past couple of months have been some of the strangest times we live in.

With the Eve of the Factory project, we had to put everything on hold becasue of the coronavirus pandemic.

Most of our work is in exremely popular and populous area.

Although we had over three trainings lined up, we had to postpone all trainings to be wise and to go along with the government orders of social distancing.

We need to keep safe as well as keep others safe.

We sent this out to all those we serve:

How should you respond?

First, do not panic.
We have a tendency to blow events out of proportion, especially with the constant flow of news and the increasing number of coronavirus cases.

Second, be wise.
Take reasonable steps to avoid exposure to the disease and to protect and provide for your family.
Do take this pandemic seriously.

Third, seize the opportunity.
When people are fearful or anxious, they are more willing to have conversations about eternity.

Let us rejoice in the Lord even in the midst of a pandemic. Let us use those times to rekindle our family ties and to relearn forgotten traditions such as watching a movie together and having meals as a family.
To be prudent, we have closed our offices for the past two weeks. Waiting to see what tomorrow will bring. 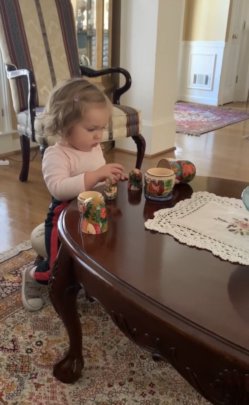 My Granddaughter playing with the babushka

Babushka
My two-year-old granddaughter, Ellie, is a creature of habit. When she comes to visit us, she loves to play with the Russian babushka dolls. But she has to play with them on the table where she first discovered them.
If I try to take the Russian dolls to another location, she will take them back to the original place we first played with them and use the same footstool to sit on.

I usually keep snacks in my purse for her, so when I go to visit her, she would look at my purse and say, ‘snack?’
Ellie is only two years old, yet she has learned a lot of things because she was programmed to learn them.

Why am I telling you this story? First of all, because I love showing off my granddaughter, but also because this made me think: what is the youngest age we can start training kids on saying NO? Can they be as young as Ellie?

This past month and for the first time, we trained two-year-olds with our SKIT method.
We can train children at a very young age to react in specific ways to certain things, whether positive or negative.
For example, every night before Ellie sleeps, she asks, “teeth?” She got accustomed to brushing her teeth every night.
The earlier we start training kids, the more probable the training will become a regular part of their lives. They will react without thinking because this is how they were taught.
This is what led me to develop the SKIT method for children aged two to five. It is a method that trains kids to protect themselves against sexual abuse.
We never use the “S” word: sex. We never use the “A” word: abuse. There is nothing obscene about anything we say; in fact, kids are trained in an environment of fun and safety.
SKIT stands for
Say No
Keep Private Parts Private
It is Not Your Fault
Tell Someone
We tried training that very young age on January 25 at a daycare that has 2-5-year-olds. Twenty-five kids went through the session. The session lasted 45 minutes with songs, dance, coloring, games, boundary games, and puppets.
After training them on how to protect themselves from sexual abuse, a two-year-old pointed at her mouth and said NO.
Why? Because she learned that one of her private parts is her mouth, and no one is allowed to kiss her on the mouth.
I was amazed at the understanding this two-year-old had, surprised that she understood that her mouth was a NO zone.
Of course, with children that young, one training is not enough, but at least we planted a seed of privacy, a seed of refusal to sexual abuse. We will need to go back in six months and do another training, so by the time the kids leave daycare, they have gone through the training four or five times, and it has become part of their DNA.
Not Guilty will continue to develop its training and methods until we abolish sexual abuse in children.
We can do this together, but we cannot do it without your help.
Each training of 25 kids costs $350 if held in Cairo and $500 if held out of Cairo.
We plan on having 75 such trainings in 2020, reaching around 2000 kids ages 2-5. Each training is between 25 to 30 kids.
You can sponsor one or more training.
Your support, ideas, donations, and encouragement mean so much to us.
Do drop us a note; we cherish them and you very much.
We can do this together; I know we can.
Let us make the world a better place. 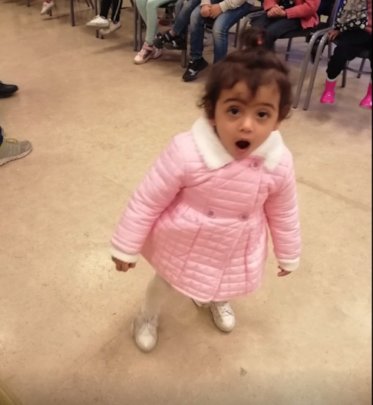 She is not too young to learn 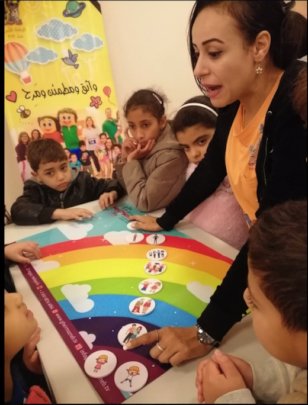 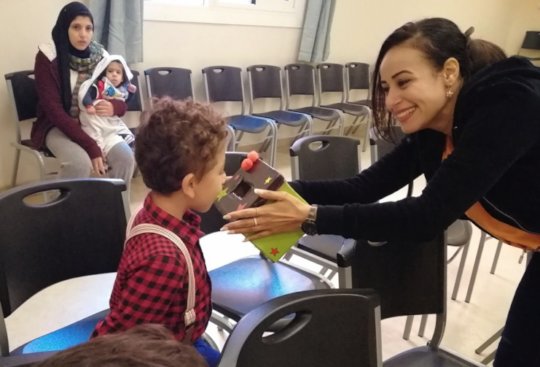 End of Year is Here.Donate to Protect Your Child

I have been an entrepreneur since I was very young. My mother taught me to see the suffering of others and provide for their needs if I can safely do so. When I was in medical school, I became known by 'the doctor who brings gifts to her patients.' Working in a government hospital, where most patients were beyond poor, I grasped every opportunity to bring joy to their hearts and a smile on their faces. During my internship, I led a campaign to buy presents for all mothers at the hospital on Mothers' Day. Other times bought Mickey magazines to read to kids at the pediatric hospital during my night shifts.

When I graduated from medical school, got married, and had my own children, I realized what a challenge they faced as teenagers. I decided to start a TV show for youth that tackles all issues youth are too embarrassed to ask their parents or teachers about. In so doing, teens can make them make informed, intelligent life decisions.

The program had a viewership of 45 million a year. It was shown all over the Middle East as well as in the USA and Canada to Arabic speakers.

Through the show, we started having youth camps. It was then that I realized that there were youth who suffered hurts, habits, and hang-ups because they have been sexually abused when they were young.

I felt I needed to gird myself with the knowledge to help those youth.

After my Ph.D. in childhood studies, I went on to study a bachelor of psychotherapy geared toward sexual abuse and trauma therapy.

NOT GUILTY believes that putting down the fires of harassment and abuse will not be achieved solely by sterner laws. Prevention is always easier, better, and less costly than rehabilitation and treatment. This is why we have deemed it absolutely necessary to face this prevalent epidemic, criminalizing it in the minds of society, towards abolishing it.

Not Guilty's goal is to raise a generation of kids, youth, parents, leaders, and teachers who hate, refuse, and fight sexual abuse. Not Guilty is working towards achieving this goal through raising the awareness of the society with the dangers and consequences of sexual abuse in order to reach a safe environment and a community free of harassment and sexual abuse.

We believe that the efforts of the society's different institutions should be unified to face the ugly reality Egypt lives in. Not Guilty realizes that sexual abuse has never been the victim's fault, hence the name of our organization:" Not Guilty."

As the year ends, we pray that the burden God put on your heart is still there and that you would consider setting up a monthly donation.