What a year God has given us at Not Guilty! It can be summed up in one single word: fruitful!

Your generosity has made a difference and I want to share this good news with you!

As I look back on this year and all the lives that have been transformed through our work together, I can describe so many wonderful testimonies of people who are grateful that you made this ministry possible!

This year, we have been able to expand our  outreach to factory workers including both men and women workers - many of whom are teenagers, create new tools and develop new partnerships that will advance Not Guilty's mission ... God will use all this to transform lives ... for years to come.

New doors are opening for God to strengthen lives, children, teenagers, parents and factories with Not Guilty training and counseling.
There are still many, many people across the country and around the world in need of Not Guilty's anti sexual abuse training. Many are living in the prison of guilt, shame and the brokenness of abuse. They need to hear the message of hope that sexual abuse does not define who they are; that their past should not shape their future.

Today, I warmly invite you to stand with Not Guilty once again to give them the best gift: Freedom from shame and guilt!

Together, we are bringing hope to people who are enslaved to the bondage of their past. No matter where I am, whether it’s my church, a school in Egypt, helping train parents in Menya, training caregivers in Assiut or speaking to refugees in the USA , people tell me the same familiar story, “I am changed because of Not Guilty…God saved me through Not Guilty…and now I am helping others, all thanks to Not Guilty.”

Your generosity has enabled them to leave a life of brokenness into a life of hope.

Your prayers and generosity will launch Not Guilty into 2018 — and continue this powerful impact around the world!

Thank you, again, from my innermost being, for your faithfulness. Is 61.1-4

Wishing you a very Merry Christmas and a Happy New Year 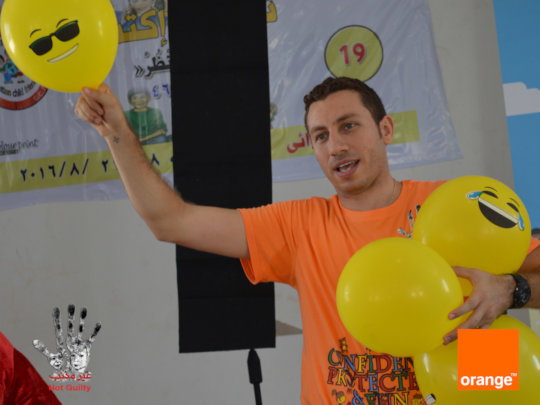 Simon, one of Not Guilty sterling teachers

Seif is 10 years old. He attends Sunday School for kids at his church every Friday (In Egypt kids Sunday school is on Friday since this is the weekly holiday). His Sunday school teacher noticed that Seif has become very withdrawn and sad.

When his Sunday school teacher tried to pat him on his head, he shrinked in fear.

She tried to find out what was wrong with him, but he was totally secretive.

The teacher, who had attended a Not Guilty training, started probing about Seif's family asking if there was anything that has changed in his family situation.

She found out that his family had sent Seif during his summer vacation to a family friend who has a beach house. They could not afford a vacation so they thought it would be nice to send him to have a good time.

This family friend was a man of 50 years old who lived alone. The first few days, Seif felt thrilled. He was having a great time at the beach, eating ice cream, watching TV till late at night, playing play station.

But after two weeks, he called his mum and told her he wanted to return home.

He returned home, sad and withdrawn. The fun loving Seif who left home did not return: instead there was this 10 year old sad, angry young boy.

His mother could not guess why he was so somber.

But the Sunday School teacher had her doubts: she could see all the signs of Seif having been sexually abused.

She applied what she learned, and within a few weeks Seif told her about what happened: after the family friend being very nice giving him the attention he never had before, he started showing Seif pornography. Seif did not say anything; he closed his eyes becasue he felt it uncomfortable. But one night the friend invited him to sleep with him in bed and he touched him.

Next day, Seif called his mother to pick him up. The friend called Sief ungrateful, he called him a coward. Seif left filled with guilt and shame unable to tell anyone of what happened to him. He felt he became an old man in two weeks.

The Sunday school teacher thanked Seif for trusting her. She told him she believed him and brought him to the Not Guilty office for counceling.

Seif told his parents of what happened, but they decided not to report the incident for fear of the stigma that would follow their son. They faced the friend and cut all connections with him.

Now, Seif smiles once in a while. He has to go through the journey of recovery.

Multiplying impact is the heartbeat and story of Not Guilty.

We are seeing second and third generation multiplications of trainers in many parts of Egypt.

In 2017 in addition to anti sexual abuse training, we started anti bullying and safe internet training since they are both connected in one way or another with sexual abuse.

Over 25,000 have downloaded our anti sexual abuse mobile app.

None of these accomplishments would be possible without our supporters and 10 strategic partners that help us multiply our message. 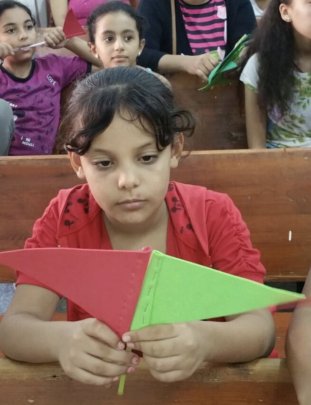 green and red flags for good or bad touch. Decide

Fayza was being stalked. She thought that the boy loved her. She did not dare tell her mother of the phone calls she was getting. She was too scared to tell anyone, and too scared to say NO: until she attended Not Guilty's training.

This is just one story of the 500 kids and youth that Not Guilty trained as part of three back to back conferences that are done yearly by a non profit called Friends of Children.

Not Guilty has partnered with them for the past four years. This non profit serves the poorest of the poor from age 6-18.

Every year they take them to a camp to teach them, make them have fun which they would not otherwise afford and buy them their back to school stuff.

Thank you for everyone who donated to make this possible.

The first day, we taught about the imortance of boundaries adn how to set them.

Because of the Egyptian culture, we had to split the boys and the girls so that no one would feel embarassed.

Fayza decided to change her cell phone number and to tell her teacher about the stalking. She learned that boundaries and respect are very important. She r4ealized that the boy was abusing her and that he did not really love her.

But Fayza is not the only one who took this decision.

Many young men were sorry they harassed girls; they learned how painful it is and many took decisions that they will be the ones to respect and protect the girls in their neighborood.

Kids learned that their private parts ar their own and that NO is actually a good word.

Thank you for making this event possible.

Your contribution has certainly made at least 500 Egyptian kids and youth happy. 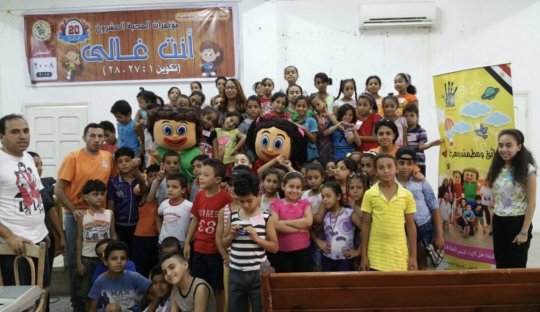 The theme for this year: U R Precious 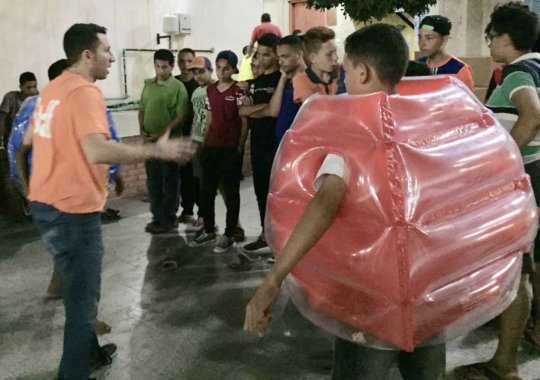 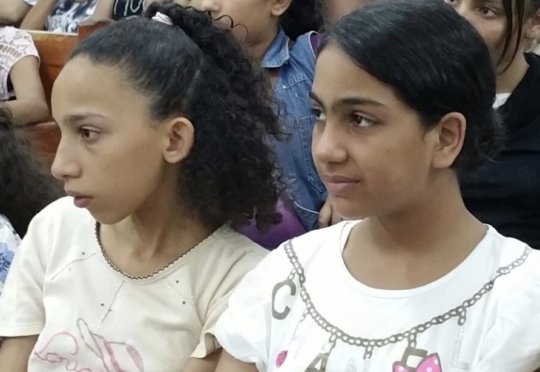 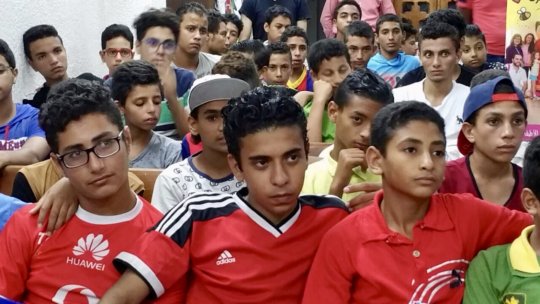 We will protect our neighborhood 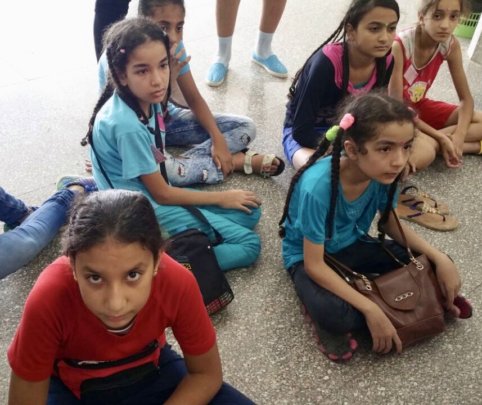 Am I really precious?

‹ 1 ... 8 9 10 11 12 13 14 15 ... 19 ›
WARNING: Javascript is currently disabled or is not available in your browser. GlobalGiving makes extensive use of Javascript and will not function properly with Javascript disabled. Please enable Javascript and refresh this page.