Another Step with 50 Women. 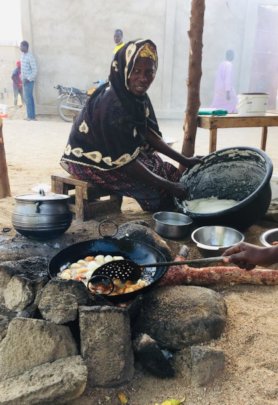 Women in the Far North region have always been marginalized and this has been accentuated by both armed and natural conflicts. Girls drop out of school and are sometimes forced into early marriages or devoted to mainly household chores. Most of them wish to gain financial autonomy but are usually limited by material and intellectual resources. EFA Cameroon therefore came up with a pilot project “Women for Small Business” ( WOSB)  to in collaboration with the Maroua City Council empower vulnerable women and young girls. The scheme is aimed at assisting identified and willing vulnerable women to gain financial autonomy through small scale businesses. And improve community saving system.

The main objective is to assist at least 1000 vulnerable  women and girls out of financial dependency through small business schemes in communities of Diamare Division, Far North region of Cameroon. And specifically, to: i- reduce the women and young girls’ dependency vis-a-vis their spouses ; ii- increase beneficiaries’ revenue through income generating activities ;iii- reinforce women rights to lucrative activities of their choices; and iv- stimulate feminine creative potentials in the wealth creation processes.

So far, the following activities have been planned and realized in order to meet the set objectives

Information of Authorities ( communication and sensitizations)

Administrative and local authorities of Diamare Division were visited and sensitized and project documents submitted as part of the pre-liminary implementation process.

Targeting and Selection of Beneficiaries

05 communities of the Diamare Division were targeted and local authorities presented the well-established pre- selection criteria for identification and registration of vulnerable women and girl. Based on the pre-selection criteria a door-to-door registration was carried after which a total of 50 vulnerable women were selected to constitute the first  set of beneficiaries for this pilot project

Under the auspices of the Mayor of  Maroua City, the project was officially launched on December 4, 2020 at the Maroua City Townhall. The ceremony was graced by the presence of  the Lawans ( local authorities) of the 05 communities and the 50 selected beneficiaries.

-          05 metal secured metal cash boxes each containing the sum of 200 USD were symbolically handed 05 groups of women as per community ( each group comprised of 10 women each).

To ensure the proper management of funds by each group, beneficiaries were trained on the following modules: marketing, the value of work, income management ( loans and refunding) and community management and social cohesion.

“ I was amazed at the solidarity shown me when I took ill. Thank you, my fellow women, for showing so much attention. Thanks to the loan, I was able to save money from the profit I made from my petti-business of white beans, jujube, peas… I bought drugs for my treatment from the savings I made. I am indeed grateful to EFA Cameroon and the Mayor of Maroua City” Mido, a beneficiary of the Mbalgare neighborhood.

Community perception and feedback about the pilot project was positive. EFA Cameroon would therefore take a step further with GlobalGiving to reach out to the set target of 1000 vulnerable women and girls'  in the Far North region to empower them and advocate  gender equality through the scheme that is already in motion. 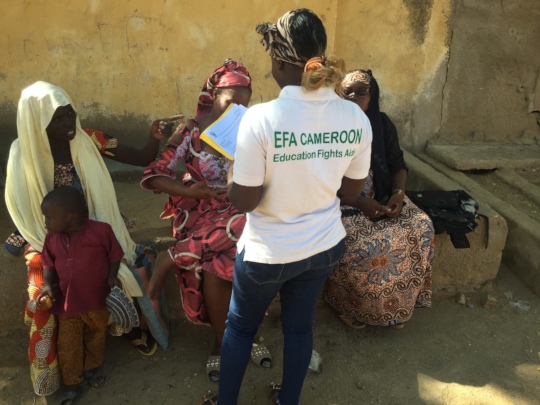 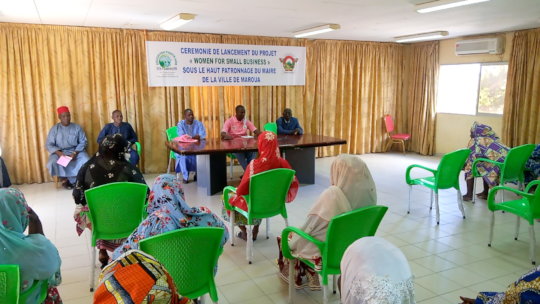 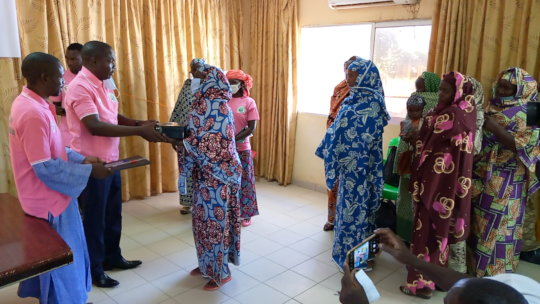 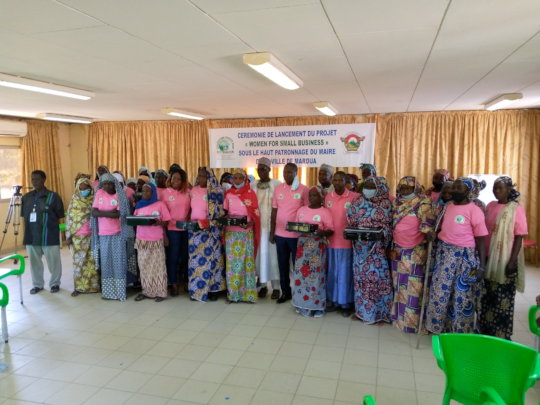 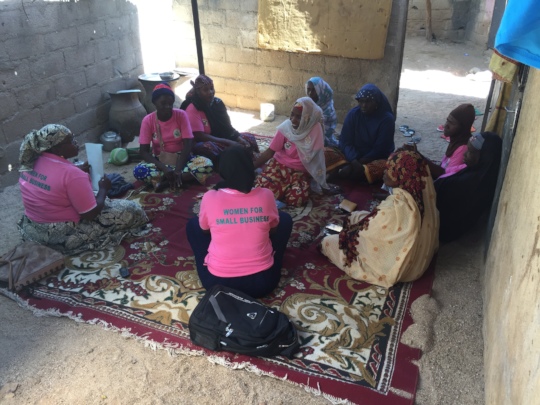 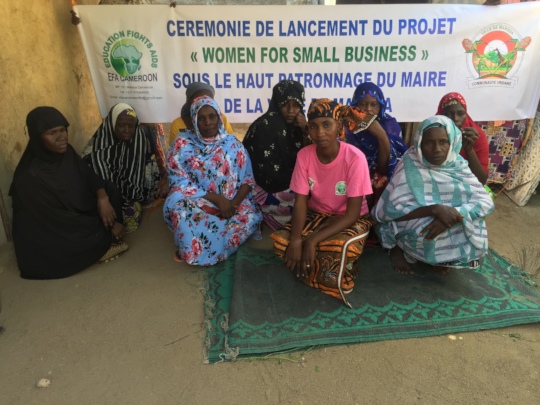 THE DISTRIBUTION OF SCHOOL KITS TO OEVs OF EFA CAM

As usual, EFA Cameroon has always reserved space for assistance in terms of school kits during the back-to-school period for some vulnerable children of her network of association partners and other children in the community.

It is in the light EFA Cameroon assisted 20 children of 04 of her partner associations and the Maroua community.

The kits distribution activity took place on Saturday October 10 2020 at EFA Cameroon Head Office Maroua from 10 am to 1 pm and Wednesday October 16, 2020 in Mokolo.

The joy observed on the faces of the children as they received the school kits was sufficient prove of their willingness to go to school. Parents on their part got relieved of the burden linked to providing school needs for their children.

1-     «I am called Doudou Yaya, treasurer of « Association des Jeunes Engages pour la Promotion de la Sante » (AJEPS) Maroua, I am grateful to GlobalGiving and EFA Cameroon who have always assisted in the education of children of members of our association. Here I am today with my child who is a second-year university student; without the support of GlobalGiving, he would have dropped out given my vulnerable state.”

2-     Mairamou Hamadjouma a member of « Association des Sympathisants du Secteur Godola et Dogba » (ASSYSGOD) said ; « it’s since 2006 that EFA Cameroon is with us, she took charge in the creation and legalization of our association. We would never be exhausted of appreciating especially GlobalGiving who has been faithful in supporting EFA Cameroon’s activities. Right now, our children have received   school assistance just like in the past years, they are quite performant in school. We wish EFA and her potentional donor, GlobalGiving a long live for their assistance to the OEVs.”

From the testimonies, we were convinced that GlobalGiving’s assistance was strongly anticipated because many vulnerable children have been able to continue their studies. We sincerely appreciate all who support EFA Cameroon from far and near especially GlobalGiving for her close collaboration. 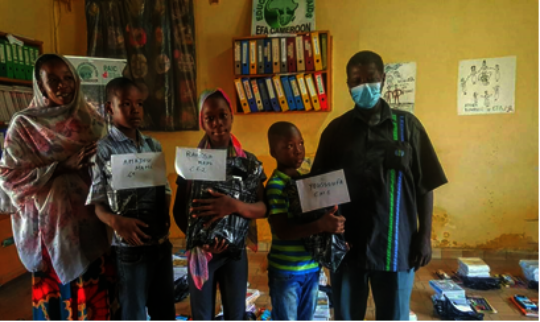 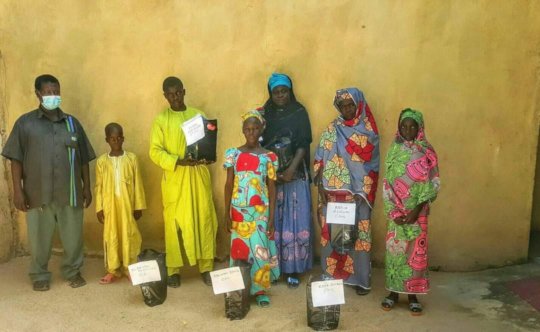 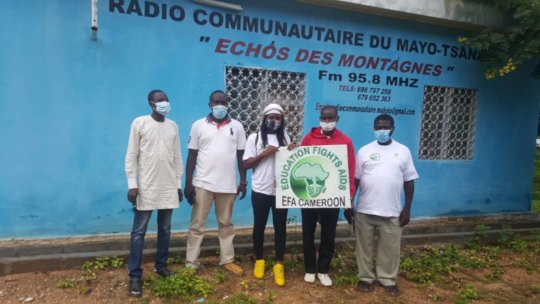 COVID-19 is a catastrophe whose impact is global and nations are still battling with it. Cameroon’s Far North Region is not exempted from this pandemic. To this regard, EFA Cameroon with the financial aid of GlobalGiving came up with a strategy to reach out to the most vulnerable populations in some remote areas of the Far North Region. Context/Justification: Tokombere in Mayo-Sava and Mokolo in Mayo-Tsanaga were prioritized due to the fact that most efforts to prevent the spread of the virus seem to be concentrated in urban centers. It was realized that the zones in question do not have access to information and are therefore more susceptible to contact and transmit the virus due to lack of information.

Using community radio stations for reach out on COVID-19 preventive measures in Tokombere in Mayo Tsanaga and Mayo Sava. Objective: the objective of the activity was to raise awareness among the populations in remote areas who are more vulnerable and almost neglected as far as the pandemic is concerned through community radio stations in order to touch a larger population and minimize risks of infections Strategy: Two Community radio stations were used as sensitization medium because they are listened to by everybody in the divisions. These are: ‘‘SEMENCES DE VIE’’ (frequency 103.9 MHZ) in Tokombéré, Mayo Sava and ‘‘ECHOS DES MONTAGNES’’ (frequency 95.8 MHZ) in Mokolo, Mayo-Tsanaga. Debates and question and answer sessions were done in various local languages, French and English. Activities: activities to implement this project were carried out as follows: - An authorization was obtained by EFA Cameroon from the administrative authorities of the two zone. - T-shirts and gadgets were printed for visibility and hygiene and sanitation items (soap, hydro-alcoholic hand sanitizing gel…) were procured. - Two medical doctors from district hospitals in both zones were recruited for expertise. - During radio sessions, debates were carried out and questions were asked to the public who called in and answered. Listeners who called and responded correctly to questions were awarded gadgets, soap, hand sanitizers and T-shirts. This was aimed at testing the level of awareness on the pandemic and further sensitization of more people.

A total number of 40 people (19 men and 21 women) were directly involved in the two-day program and were given prices for active participation during the question and answer sessions. The initiative was applauded by the medical doctors traditional and administrative authorities: this is an indication that the impact was great as an estimated 100.000 other people were sensitized in the communities. Community leaders and populations appreciated EFA Cameroon for the concern expressed towards them through the activity and EFA Cameroon is grateful to GlobalGiving for continually trusting her to reach out to the vulnerable groups of people. 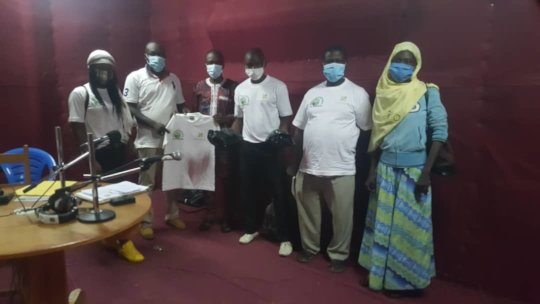 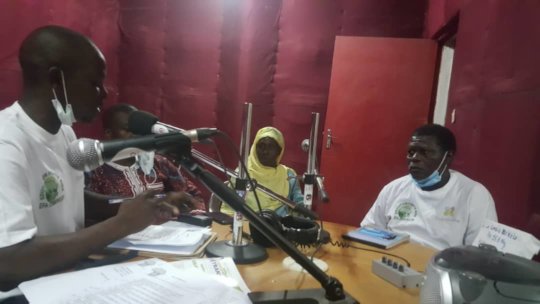 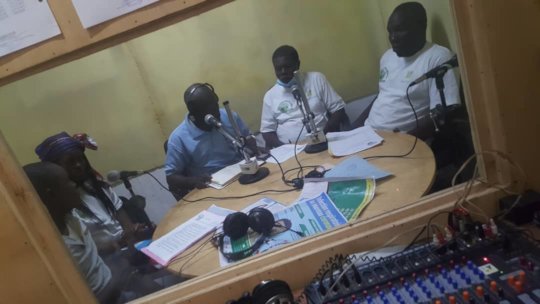