Shoayb has 3 Surgeries to Improve Quality of Life 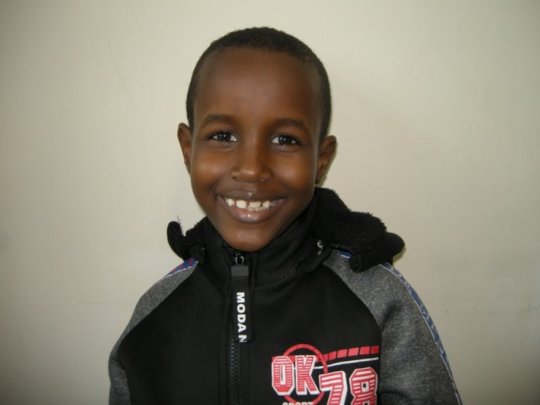 Shoayb is an outgoing and playful young boy. He loves to ride his bike and play football and is sixth child in his family. His father doesn't work and his mom, Haden, works in their small vegetable farm to provide for the family. She is strong and works very hard for them.

She said “In our culture it is the woman who works and feeds the family. Usually the men don’t work.”

Her strength is even more impressive when people learned about her commitment to getting her boy necessary treatment. She made a decision to travel all away from Puntland, which is 975 km by bus to get him treated. In order to pay for it she collected money from their family and community.

Once Shoayb arrived we realized that he would need 3 surgeries. She spent all the money they'd brought from home on transportation, accommodation, and his first two surgeries which is where we (and you!) stepped in to help.

Shoayb was born with a birth urethra defect called Hypospadia. That means the male urinary opening is not at the usual location. As a result he couldn’t use the restroom standing like normal boys. Shoayb and his mom were psychologically affected because of gossip spreading about him in the village. He always asked why he can’t use the restroom standing as his friends and other boys. His mom was very worried but at the same time she had hope that he would get proper medical care and be able to function like his friends did.

Shoayb's surgery proceeded as planned and was successful. The surgery enabled him to stand and will also help him to have normal intimate relations in his future.

Haden said “As it is hard to believe my boy will heal, I believed my baby will be as normal as any other kids. I came all the way from Puntland by bus with this hope. And now I believe he will go to school and get education and become a doctor. I believe he will help children in a same condition as he was. I believe he will support me, his family and his community.”

The 3rd Floor Roof is Complete!!! 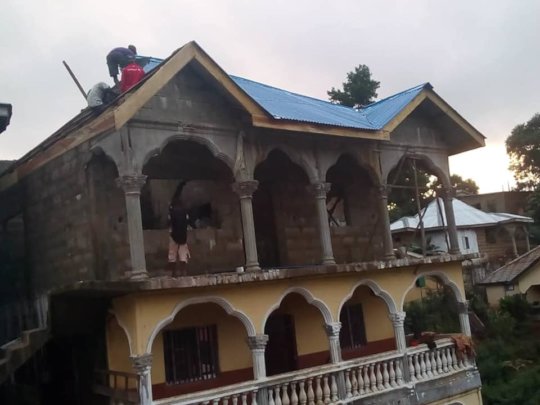 The long anticipated, beautiful, blue roof of Bonnie Memorial Childrens’ Home is complete!!! Next up we’re working to install plumbing and electrical on the top level. Then will come windows, doors, plastering, a ceiling, and paint. Then the finishing touches will follow! Chairs, fixtures, and curtains on the windows to match the first and second levels.

Thank you all so much for following and supporting this exciting journey as we expand space within BMCH in order to add beds! It feels like the finish line is within sight! We will continue to update you as we make progress and complete the interior. 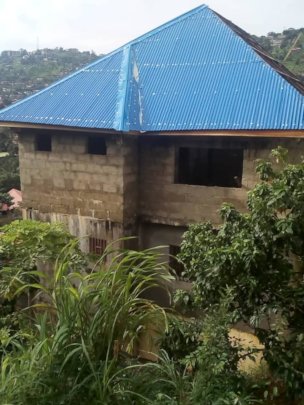 Ubah, a 13 year old girl, was born with Anorectal Malformations. On top of that, when she was young Ubah's hut was bombed by terrorists with her father and 5 sisters inside. No one survived. Since then she's dropped out of school and has become more and more withdrawn, spending most of her time alone watching TV. Her mother suffers with severe depression and spends most of her time the same way so Ubah's aunt takes care of them both. Ubah covers her face when others are around and only talks to her aunt. She and her mother were still hurting very much and struggling to cope with the loss of their family members, and her worstening health condition was neglected because of it.

When Ubah arrived at the hospital an emergency colostomy was done. Throughout her care there the nurses and other staff learned about how much Ubah wanted to become part of her community again and was worried about the stigma around her condition.

After 3 different surgeries, Ubah has recovered fully and her digestion and bowel functions as it should!

By the time she left the hospital she no longer covered her face and even smiled! She talked about going back to school, growing up, and having a family of her own. She became excited about her life again!

Her family could not afford any of these opperations but because of your support Ubah is healing in more ways than one. Thank you!