"It Has to Stop" WISER Girls tackle teen pregnancy 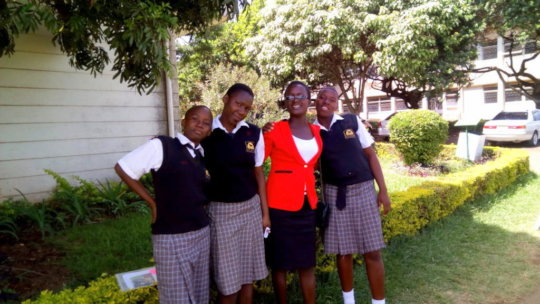 In Muhuru Bay, over half of all girls that make it to high school will drop out due to early pregnancy.

The girls at WISER have something to say about that.

“Where I come from, teen pregnancy is overwhelming," says Hillary, a second-year student. "It overcomes the future of girls in my home area, and there’s only one thing that can happen – it has to stop.”

Hillary is just one of the WISER girls setting an ambitious goal for 2018 – they want to not only end early pregnancy at WISER, but to reduce early pregnancy by 33% in three neighboring schools.

This, they say, is the first step toward creating a generation of girls that finish school unimpeded and they believe it's essential that girls are leading the way.

“The main challenge for girls in this area has been teenage pregnancy," says student leader Linah. "But, when you have girls in leadership positions who are addressing pregnancy, you have leadership that understands what girls are going through. This can make change happen.”

To drive this change, a team of 15 student leaders at WISER have launched the early pregnancy prevention project; a series of workshops, interactive skits, and lectures led by girls - for girls. The sessions cover serious issues in the community including access to contraceptives, avoiding coercive relationships, and speaking openly about sex education.

The project was inspired by the East African Girls Leadership Summit (EAGLS), an initiative designed to help girls grow into changemakers in their home communities. Three WISER students and teachers attended the summit in 2017 and they’ve wasted no time putting what they learned to good use.

“Girls have not gotten equal opportunities because they face pregnancies often and they face them alone,” says Linah, who attended EAGLS in 2017. “It is past time to give girls an equal chance at education in this community.”

Throughout 2018, WISER students hope to reach nearly 200 girls with their sessions and they’ll be watching the pregnancy rate of neighboring schools closely. But if their passion is an indicator for their success, then the rates are sure to drop in no time.

“Girls cannot keep quiet," says Linah. "It is right to speak out – it is right to protect the chance for an education."

Thank you to all of the members of the WISER Global Family that have supported us on GlobalGiving. We hope you agree with Linah that it is right to protect every girl’s chance for an education, and that you’ll continue to support WISER as we work to do just that! 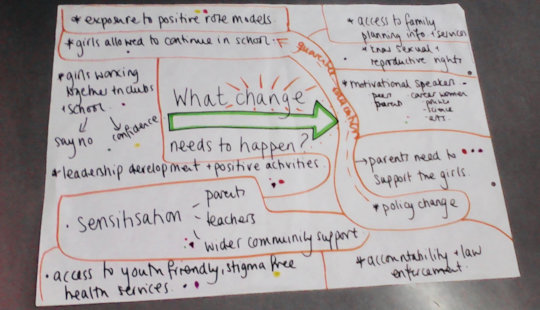 One year later: Lucy and the future of WISER 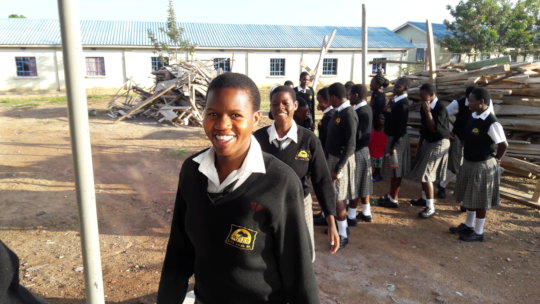 Lucy just before beginning her exam (2016)

One year ago, we shared this photo with you, our friends on GlobalGiving.

We told you that the girl in this photo, Lucy, had just begun her national exams. We let you know that the exam could determine Lucy’s future, and yet, she was ready to face this challenge unafraid.

One year later, that future has arrived for Lucy!

This month, Lucy enrolled at South Eastern Kenya University where she is pursuing a bachelor’s degree in education. After years of hard work and losing a parent to disease, Lucy earned a scholarship in recognition of her stellar exam scores.

What Lucy has done is inspiring – she has come from a community with nearly no history of female success and she’s overcome the odds. She is healthy, successful, and driven. Perhaps, most importantly, she is an example.

Today marks the start of the 2017 exam period and another class of WISER girls will be walking into their exam halls. They, too, face the challenge unafraid.

Why? Because they are WISER girls. Because they have been given the tools they need to thrive. They know that they can do great things. They have a world of supporters at their backs.

And they’ve seen girls like Lucy blaze a path before them.

This is the story that you make possible by supporting WISER. You help create success stories, like Lucy’s, that are inspiring not only to us, but to the WISER girls themselves. You build a world where girls look around them and see evidence that girls can do incredible things.  Through WISER, you give girls the opportunities, tools, and resources they need to create successful futures.

For every Lucy, there are hundreds of girls that will follow in her footsteps. That’s what you help WISER do – you build a future where girls are healthy, educated, and ready to inspire. 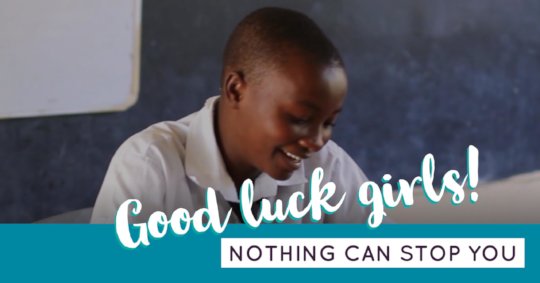 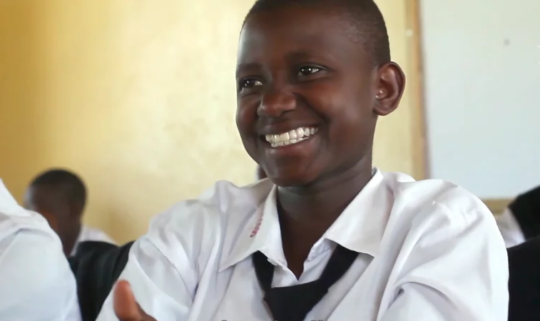 To our generous GlobalGiving Donors,

This month, we’re excited to share a story with you: a story about a girl who, like many WISER girls, is ready to battle the odds on the way to a bright future. Her name is Lucy and she’s quickly becoming a vocal leader in her second year at WISER.

Lucy saw an opportunity when she came to the WISER Girls Secondary School almost two years ago. Her mother was working tirelessly to raise six children alone and Lucy would be the first of those children to have the chance to finish high school. She knew that other girls in her village were facing challenges that she hoped to avoid by joining WISER: “At times, you find someone that has dropped out of school because of school fees, because of getting pregnant, and then she just stays at home.”

But WISER is an opportunity for Lucy to avoid that story and to craft her own. And, like all WISER girls, Lucy was ready to seize this chance. “I was so proud and very happy to come to WISER,” says Lucy, “I think I can do well here.”

Lucy has done well. In fact, she already has high aspirations for her future and hopes to one day be a neurosurgeon. When asked why, Lucy points to her love of sports. She wants to play sports throughout her schooling and thinks that, through sports, she can better understand her body, which would make her a better doctor.

“In medicine, we study our own human body,” Lucy says, “and once you know how your own body is, you can help other people to live a better life.”

We love Lucy’s confidence and when asked about where this confidence comes from, she says she believes it’s from one of the programs that you all, as donors, make possible – WISER’s on-campus counselling and psychosocial support.

“I’m receiving guidance and counselling, and that makes me feel like I can stand up and talk to somebody like this. I feel empowered.”

Lucy feels like she can take on anything – that she’s ready to stand. We know that she’s going to do amazing things. She will be a role model for her siblings and a powerful supporter for her family. She will graduate from WISER and go on to university. And she will do these things because of your support. Your gifts help us work with girls like Lucy to build success stories every day.

Just like Lucy is happy to stand for herself, we’re happy that you stand with us. 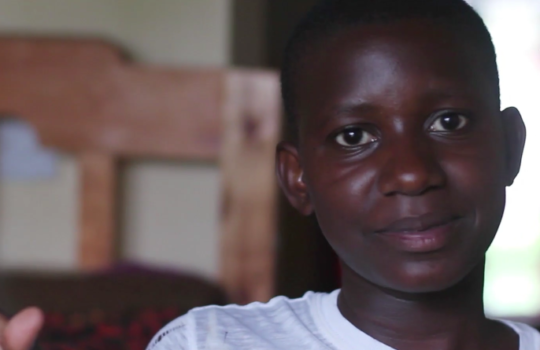 Lucy in her room at WISER 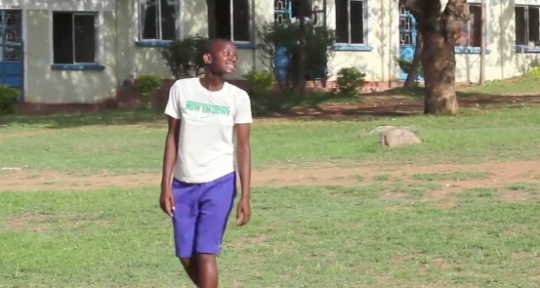 Lucy playing sports
‹ 1 2 3 4 5 6 7 8 9 10 ›
WARNING: Javascript is currently disabled or is not available in your browser. GlobalGiving makes extensive use of Javascript and will not function properly with Javascript disabled. Please enable Javascript and refresh this page.