Peace is built when everyone works together – when everyone is given the opportunity to contribute, engage, and lead with their own skills, in their own communities, by their own passions. When we draw lines of division between us, quieting those who have the potential to lend a hand to the peace-building process, we hinder the progress and limit the ways in which conflict can be overcome and transformed in scales large and small around the world.

Women are too often quieted – forced into the outer edges of the peace-building conversation. This March, just before Lama embarked on her climb of Mount Lobuche in Nepal, Friends of Europe shared statistics regarding Women, Peace, and Security, which revealed the still minimal role women play in peacebuilding on a global scale. As of June 2016, only 22% of national parliamentarians are women; from 2008 to 2012, women were signatories in only 2 of the 61 peace agreements; and between 1990 and 2010, only 92 of almost 600 peace agreements even referenced women.

Lama, through embarking on her second mountain-climbing expedition – this time of Europe’s highest and the world’s tenth-highest peak, Mount Elbrus is Russia – is seeking to continue to show the world what women are capable of. In summiting one of the world’s tallest mountains, she draws attention to the fact that women are not only capable but also willing to face any challenge, no matter the nature. As an integral leader of an international peace-building organisation based in Jordan, her roles both in the office and in her adventures outside of it all centre on promoting women in peacebuilding, and in doing so, creating environments in which lasting peace is possible.

Introduction: Lama and Generations for Peace 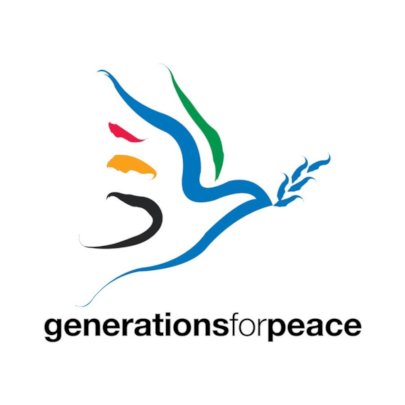 Lama Hattab is a Jordanian athlete and a youth- and women-in-sport advocate who works as Programmes Director for Generations For Peace, a leading global non-profit peace-building organisation based in Amman. She is best known for being the first female Jordanian marathon runner, the first Middle Eastern female ultramarathon participant, and a passionate proponent of youth and women’s involvement in sport across the Middle East.

Lama’s passion for running and sport inspired her to found the Jabal Ishrin charity race, which aimed to encourage people who might not normally engage in running to challenge themselves for a charitable cause. Having found success in long-distance races, Lama set her sights on new heights: climbing mountains. Lama and her twin sister were aiming to climb Mount Everest in 2009, but lack of funding required them to postpone this goal. However, her preparation for the climb led her to take part in intense training in Alaska and to climb the highest peak in the Arab world: Morocco’s Toubkal Mountain, which towers at an impressive 4,167 metres tall.

Lama is determined to continue showing the world what youth and women – particularly those from the Middle East – are capable of, and inspiring others to do the same. Her work with Generations For Peace highlights this theme, with programmes around the world that engage youth in conflict transformation and peace building. Despite her dedication to the organisation, she has not lost touch with her athletic side. Always seeking new ways to challenge herself, Lama will set out in April 2018 to climb Mount Lobuche in Nepal, whose peak measures almost 6,150 metres in height – approximately ¾ the height of Mount Everest, which she still plans to summit in 2019, just ten years later than she had original planned.

Generations For Peace is a Jordanian non-governmental organisation based in Amman dedicated to peace building through sustainable conflict transformation at the grassroots. Founded in 2007 by HRH Prince Feisal Al Hussein, GFP has worked with and empowered volunteer leaders of youth in 50 countries around the world to promote active tolerance and responsible citizenship in communities experiencing various forms of conflict and violence. The organisation is the largest Jordanian NGO, with a global ranking of #2 in peace-building and #30 overall by NGO Advisor’s 2018 Top 500 NGOs in the World. It uses carefully-facilitated sport-based games, art, advocacy, dialogue, and empowerment activities to serve as an entry point for engaging children, youth, and adults, both men and women, and to promote integrated education and sustained behavioural change.

We couldn't have done it without you! 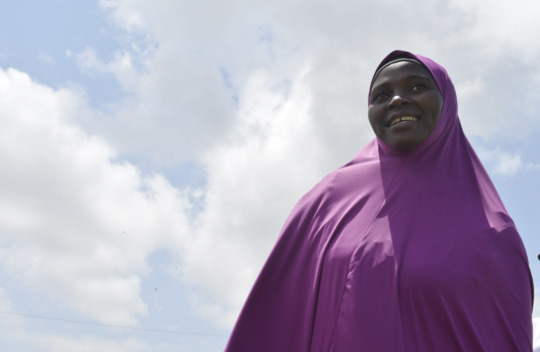 My name is Haneen and I am the Social Media Specialist at Generations For Peace.

Today I am here to share a few final words about our GlobalGiving campaign, #IWantToBe, which started in 2015. With your incredible support we finally reached our goal, and more!

As you know, the purpose of our first ever crowdfunding campaign was to raise funds to support a women’s Empowerment For Peace programme in Nigeria, where a lack of opportunities severely limits women's abilities to demonstrate the roles they can play in national development and peace building, both at the community and national levels. Political, religious, and ethnic violence continues to affect many people in Kaduna, Northern Nigeria, especially women and girls.

Why is women's empowerment so important?

Now is the time to make a difference. Thanks to your generosity, the women who took part in the programme are already becoming change-makers for peace in their own communities. We would like to extend our sincere gratitude and appreciation to everyone who contributed to the success of this campaign.

Although this will be the last email you receive about this campaign, you can still stay connected to us. Did you know that Generations For Peace volunteers are working in many countries across the Middle East, Africa, Asia, and Europe to bring about peace, and transform conflict in their communities too? That means there are many more stories coming your way. You can follow their extraordinary work through our Facebook, Twitter, and Instagram accounts, and of course by subscribing to our regular Newsletter. What are you waiting for?