T'is the season to be thankful 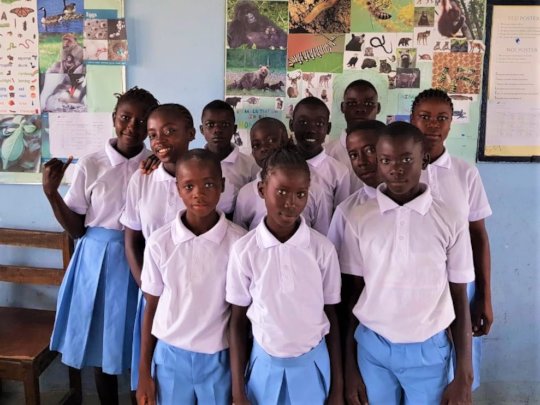 As another year draws to a close, it seems only fitting to pause and reflect on the year gone by. Stepping back for just a moment, it’s easy to see there is much to be thankful for.

In Liberia, LIFE Literacy continues to support nearly 80 students in the Paynesville community on the outskirts of Monrovia. The past few months have seen spelling bees, trivia competitions, and sporting events like basketball, soccer and kickball hosted by LIFE, bringing together students from across the community in friendly competition. There continues to be a strong focus on the foundational skills for reading and numeracy, and encouraging a love of learning. More and more, parents are seeing the value of education and are enrolling their children in the preschool grades.

“There’s so much to be thankful for”, says Mr Bedeah, the Program Coordinator for LIFE Literacy. “Seeing the kids are happy to come to school and learn makes all the difference in the world!”

In Sierra Leone, there were 27 grade 6 students from the Turtle Islands who finished primary school and sat their government exam. Only three years ago, we were thrilled to send the first 8 grade 6 students fully educated on the islands. This first cohort of students and those who have followed since are now enrolled in junior secondary school, supported by the Scholarship Fund. They continue to be important role models for their younger brothers and sisters. Only a few short years ago, there were only 3 primary schools across the islands, none of whom taught up to Grade 6. Now there are over a thousand students attending 12 primary schools, with ever-growing community support for furthering their children's education.

And so, as 2019 winds down and a new year begins, the Solon Foundation would like to express sincere thanks for the generous support you’ve provided to our students. We wouldn't be where we are today without you! 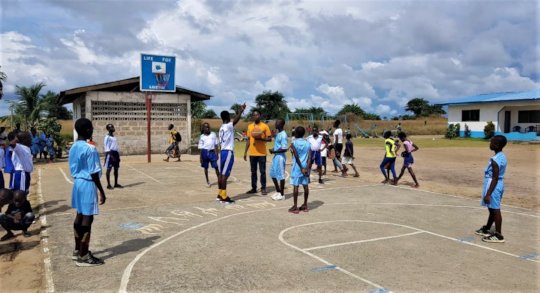 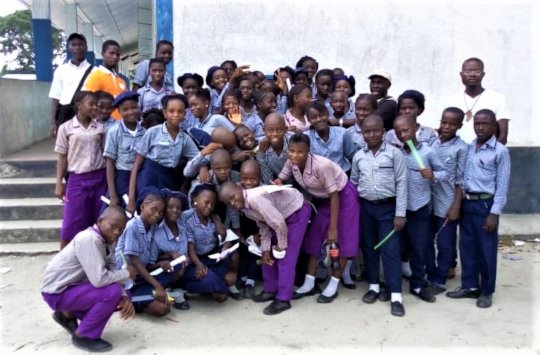 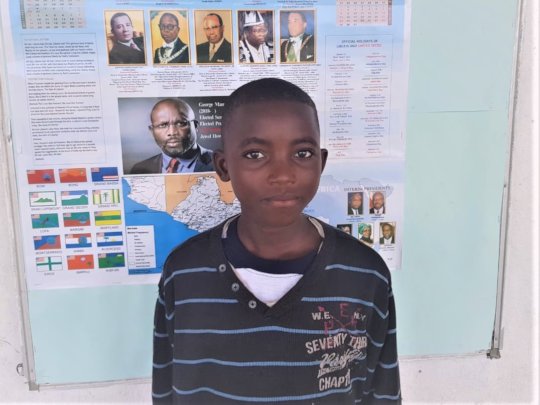 Elton is an 11-year-old boy from Nimba County in Liberia, one of seven siblings who have attended LIFE Literacy. Always keen to support others, Elton took it upon himself to encourage his friends from a neighboring community to join his school last month. They began the school year with enthusiasm – together they helped the school construct new benches for the growing number of students. From a distance, Elton would seem to be an ordinary Liberian student but there is great deal he has in mind to impact his community.

Just two years ago, Elton lost his father. Although himself uneducated, Elton’s father had made it his duty to actively participate in all of the school’s activities. He was constantly helping out around the school and doing odd jobs. It was important to him that his children benefited from the opportunities he never had. Elton is now following in his father’s footsteps, participating in school and helping out where he can.

Recently Elton’s mother has also started visiting the school and joining the PTA meetings. Although she can’t speak English, someone is always there to help her join in the discussion. During the school’s end-of-year ceremony, Elton gave the welcoming speech with such poise, that he received a standing ovation. His mother was smiling from the audience – ‘His father would be so proud’.

This September marked the tenth anniversary of LIFE Literacy’s operations in Liberia, and building relationships with students and their families has always been at its core. Although Elton and his family have their struggles, LIFE provides them with a community where they always feel welcome and supported.

Elton dreams to buy land someday and build a house for his mother, something she has never had. For now, he is looking forward to his upcoming school year where he plans to join the quiz team and lead the school in the spelling competition. His mother will be there to encourage him and LIFE will support him every step of the way. And Elton will continue to make his father proud. 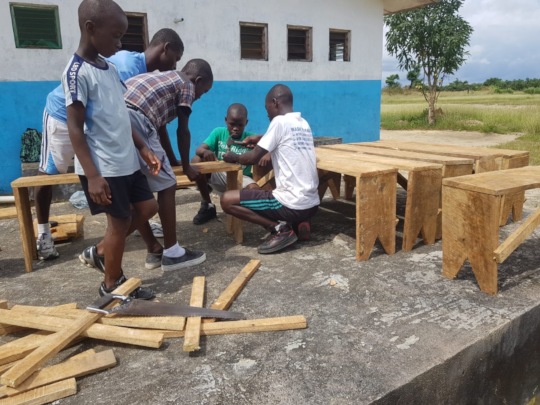 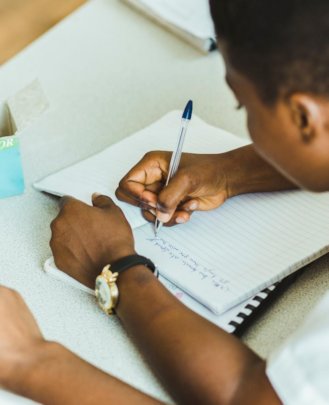 Ibrahim is an only child. Slight in stature, he cuts a mature, pragmatic figure; visibly proud and humbled by knowing what his mum, a hardworking petty trader, has sacrificed for him. Supported by guidance for parents from his school, Rising Academy Network, Ibrahim talks, through a wide grin, of how his mum now knows how to support him to prepare for the upcoming public exams, although she herself never attended school. He has promised to never let her down.

Talking me through his daily routine and experiences, it is difficult not to be inspired and personally challenged. Ibrahim wakes up at around 4am to learn formulas, read and study - and comes home from school to chores. His life is one of discipline and commitment. He says he does not have the pleasure of being able to watch movies at night to relax – or even the luxury of food every morning. Perhaps he will be able to get back to playing his beloved football after exam season.

Upon asking him if he has always been this disciplined, he chuckles and flashes a cheeky grin. Apparently (and to my surprise) he was once shy, lazy and uninspired at school. However, Ibrahim goes on to tell me that understanding the 4 H’s of Rising - Happy, Hardworking, Honest and Helpful, has helped him to grow. Ibrahim’s deep internal motivation and commitment to his mother is evident. These qualities along with the support of his teachers and scholarship will enable him to improve his chances in life. Without his scholarship, Ibrahim would not have access to an education that has focused on developing his character alongside achieving academic excellence.

Ibrahim is striving to achieve an aggregate of ‘9’ on the public exams this July; all top grades of a ‘1’ in his six best subjects, excluding Maths. Having initially failed his first two practice exams in Maths, Ibrahim most recently achieved a ‘4’, which equates to a good pass; he is (unsurprisingly) working hard to improve. Ibrahim wants to be a journalist when he grows up, and it is hard to ignore the potential and resilience of this exceptional young man.

Upon thanking him for his time and shaking his hand, I close by asking him “What does Salone need?” After a short pause, Ibrahim says this: “My country needs a disciplined Government who will serve the people and not steal. Too many of the Honourables and others make money through corruption and this has to stop. We need a government who will punish corruption, only then can we move forwards.”

It is brave, aspirational young people like Ibrahim who will determine the course of Sierra Leone’s future. We believe in the hope he represents for his country, and we believe you should too.

1 2 3 4 5 6 7 8 ›
WARNING: Javascript is currently disabled or is not available in your browser. GlobalGiving makes extensive use of Javascript and will not function properly with Javascript disabled. Please enable Javascript and refresh this page.