People living in Florida and the Carribean braced for the storm.

DIrect Relief had pre-positioned medicines and supplies at health facilities throughout the Gulf Coast and Eastern Seaboard of the U.S., so many areas at-risk for the effects of Irma were ready with aid before the storm made landfall.

Almost a year later, Direct Relief is again pre-positioning needed medicines and medical supplies at safety net clinics in hurricane-prone areas to prepare for what may be another tough hurricane season.

Preparedness is key, and last year demonstrated that for the many clinics and health centers that were readied ahead of time with Direct Relief's hurricane preparedness packs.

This year, more packs are being delivered to more clinics in the U.S., throughout the Carribean, and in other parts of the world that may be impacted by a varierty of emergency situations -- from hurricanes to cyclones to severe flooding. 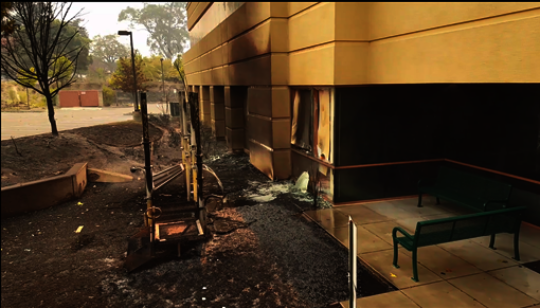 But the fire didn’t stop the health center’s doctors from seeing patients. Special shipping containers were converted into exam rooms, allowing clinicians to continue treating patients in the months since the blaze. Two mobile health vans also allowed care to continue in the absence of a building.

Last month, the center got some additional support to help as it rebuilds. Direct Relief donated $500,000 to support its continued recovery efforts, which will go to help fund a new campus.

The new site being built will serve patients displaced from the fires, and the funding will also support continued services at the center.

At the time of last year’s fire, the center was already constructing the additional campus, which will serve the patients displaced from the destroyed campus over the next year. That site is expected to serve an estimated 8,200 patients a year and will be the first facility that fully integrates medical, dental, mental health and complimentary medicine in one facility.

When Hurricane Harvey was approach, Direct Relief was already on the ground in Texas to coordinate with health centers and clinic partners to actively assess medical needs and mobilize a rapid response. The organization had already pre-positioned 50 Hurricane Preparedness Packs, containing enough medicines and supplies to treat 100 patients for three-to-five days, at facilities along hurricane prone areas and evacuation routes along the Gulf and Atlantic coasts. Nine of these packs were opened in Texas in the aftermath of the storm. These resources supported the immediate response to the storm, and Direct Relief has remained in communication with facilities in affected communities to continually ship aid and supplies in the six months since the hurricane hit.

To date, Direct Relief has delivered $15.3 million (wholesale) via 600 shipments to 52 partner healthcare facilities to support the health needs of communities directly affected by Hurricane Harvey. Selected community health centers and charitable clinics will also receive cash grants from Direct Relief’s Hurricane Community Health Fund in the coming weeks to help rebuild and stabilize operations to ensure the sustainability of critically important, community-based sources of care. To date, Direct Relief has granted $808,000 from the Fund to partners in Texas.