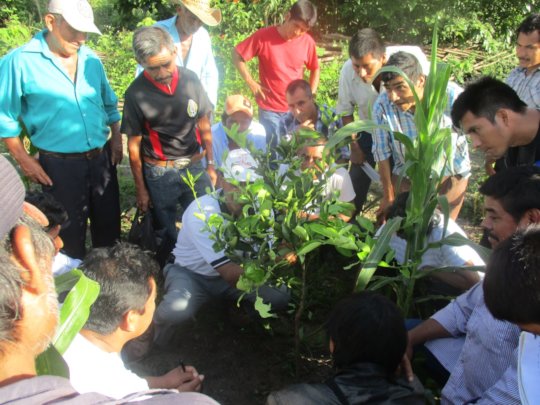 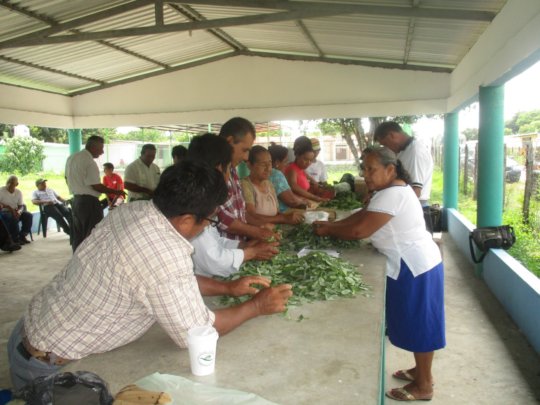 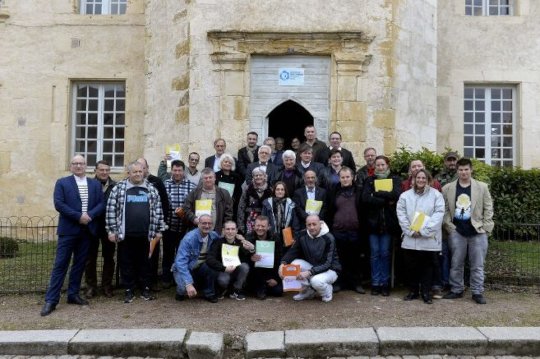 The first hired in the CEP 58

Territorial experiment aiming at reducing long-term unemployment is part of a country where the choices of economic organization allow a majority of the population to obtain a job and live in dignity. On the other hand, at the same time, we see that many millions of people are deprived of jobs or forced to accept precarious jobs in conditions that do not allow a dignified existence.

This experience is based on three observations that suggest that it is humanly and economically feasible to eliminate long-term unemployment at the territorial level:
- no one is unfit for work, all those who are permanently unemployed have know-how and skills.
- the work is not missing, it's the employment, because many of the needs of society are not satisfied.
- money is not missing, since each year, long-term unemployment leads to many expenses and shortfalls that the community pays for.

Who is this project aimed at?
This project is aimed at long-term unemployed. An unemployed person is considered long-term since he has been unemployed (or in reduced activity) for more than one year.
100 to 200 people are involved in this process in each territory, that is to say nearly 2,000 people at the national level, in all the ten territories that should participate in the experiment.

What is the goal ?
The aim of this experiment is to be able to offer all unemployed people in a territory a job adapted to their skills, on time.

How?
By creating or relying on companies in the social and solidarity economy to create permanent contracts on minimum wages. Fund these additional jobs by redirecting the costs of job loss to financing a complementary local economy.

It is about redirecting the costs of deprivation of employment to finance the missing jobs by ensuring good working conditions. This work will be financed in part by reallocation of costs and shortfalls due to permanent deprivation of employment (allowances, unemployment benefits etc.). It will therefore involve the transfer of an existing and permanent budget without additional cost to the community, the other part of the financing being the turnover generated by the sale of the creditworthy or uncompleted work.

It is estimated that the reallocation of costs related to unemployment and job loss should cover about 70% of the cost of a full-time job paid to minimum wages.

The mere fact of hiring employees generates work within the company for employment purpose through the functions that support the production activity: administration, training, transportation, guarding children ...
To optimize the chances of success of the experiment, it is necessary to imagine from the beginning, within the structure, the solutions in terms of organization which will make it possible to lift the brakes with the hiring of the employees (mobility, guard of children, training ...) and thus secure their return to employment.

How is this approach innovative?
Usually, job seekers position themselves on job offers issued by companies. In this project, the mechanism is the opposite. Initially, the contracted companies identify the skills and desires of each individual wishing to integrate the approach. Then, based on this offer of skills, they search the territory for useful work that can match.

The experiment will be conducted for 5 years from the date of entry into force of the law (1 July 2016). At the latest twelve months before the end of the experiment, an independent scientific committee will carry out a precise evaluation to determine the appropriate conditions for its possible extension. To be extended, the process will have to go through the promulgation of a second law.

The community of communes "Between Nièvre and Forests" is one of the 10 territories selected for the launch of this experiment in 2016. A project manager was hired to coordinate the implementation of the project in Burgundy.

Everything is to set up, to organize, to structure.

Not all jobs created and related activities compete with the existing market sector. These employees do logging, personal services, ironwork or market gardening, among others.

For the latter, CEP 58 has a parcel of 12 000 m2 lended by  the community of communes. 4 000 m2 are currently exploited for salads, radishes and other tomatoes. The objective is to reach a sustainable production, in particular to feed, in short circuit, school canteens of the sector.

The Nièvre departement, well ahead in terms of the number of jobs in other jurisdictions experimenting with the law, shows that the system works. CEP are fully-fledged businesses that meet a need.

For Jacques Legrain, departmental councilor, very invested in CEP 58, such a project can only work if there is an interest for the territory. "The department wants to develop tourism and improve the quality of life of its inhabitants, we must bet on it".

Former entrepreneur in the hotel business, Patrick Martin is in charge of the activity "Cultural Trails". The idea: to create new hiking trails and to propose story walks around local and regional history.

Dozens of other projects are in the box, such as a home delivery service for the bakeries and grocery stores of Prémery, or the supply of school canteens with vegetables and fruits through the market gardening activity which is in the process of to be developed.

Cyril, 40, was hired as a salesman and worked for many years in the automotive and construction sectors before his last employer separated from him seven years ago, part of a reorganization of the company. "It was brutal, says the forty-year-old. It struck me strongly morally. I dive a little. "

For all, this project is a godsend. "It put my foot down" says Cyril. If it had happened earlier, maybe it would have saved me a few years. The commercial appreciates "getting up in the morning for something". He also evokes the look of his family and his neighborhood that has changed. " I feel better. It weighed on me. It's important to look at others for self-esteem".

Secours Catholique supported the Zero Unemployed Territory experimentation for € 50,000 in 2017, which was used to invest in machinery to start the logging activity. 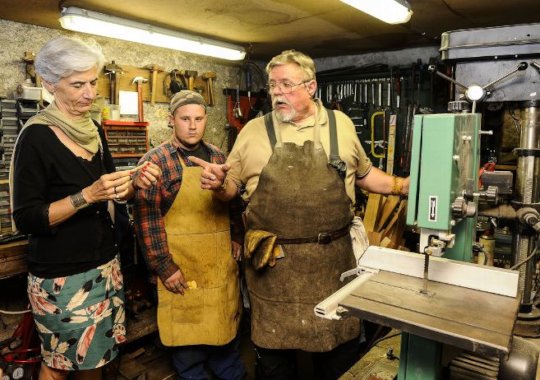 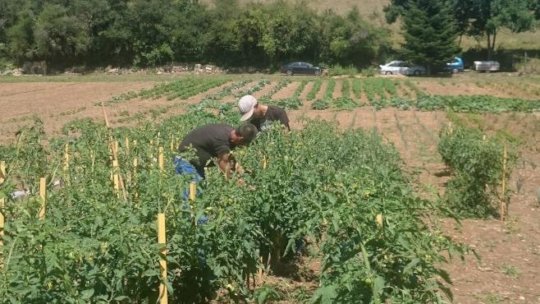 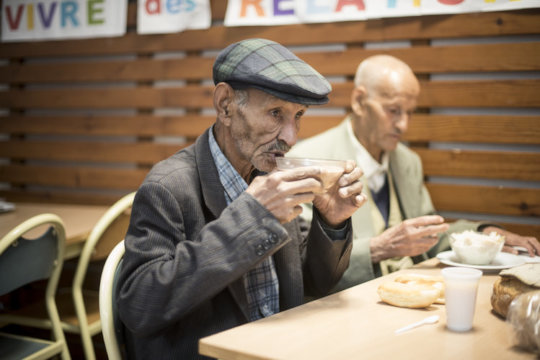 The diversity of our actions with people living in the streets, responds to both the diversity of situations encountered and what can be done locally. These actions are in addition to the responses provided by our associative partners or by the public authorities. To best respond to the distress of people in great need that we meet, our teams in the field have deployed several modes of action:

- Work on the street: to be present with people on the street who do not attend, or more, the usual centers and shelters.
- Day cares: offer a listening, an orientation and sometimes an accompaniment in the duration.
- Shelters: Since 1990, the management of our shelter establishments has been entrusted to an association we created, the Association des Cités du Secours Catholique. Since then, Secours Catholique has continued to manage many shelter places with lower capacity (an average of 10 beds).

Three landmarks guide our actions:
- Reach out to others: identify and be present alongside people who do not attend usual devices;
- Adapt our interventions by seeking a reciprocal relationship over time, if necessary; in fact, the exchanges and the sharing of experience between volunteers and people in precariousness are a richness that should allow each person we meet to become an actor of their change.
- Doing with: Facilitating the expression of the potentialities of people by taking into account their real needs (expressed or not), no longer look at people in hollow, through their shortcomings.

The solidarity expressed by our teams of volunteers is citizen, it corresponds to a desire to be open to others, especially the most disadvantaged, in order to build together a fraternal and just society. Our volunteer teams are professionals of social link and offer a range of relational modes:
- The personalized welcome in a friendly and collective environment, or in the street, through exchanges and listening, gives full place to the person (informal relationship);
- Participatory activities allow personal and collective expression and reinvigorate each person;
- Individual support, in the long term if necessary, is a formal relationship with objectives shared between the accompanier and the accompanied: access to rights, but also individual projects, with involvement of partners if necessary.

In small rural communities, as well as in medium-sized towns and large cities, Secours Catholique has created places to offer a first welcome and to support the various requests of people on the street to make their daily life easier.

More than 70 day cares are open throughout France. In Paris, Avignon, or Marseille, these people find landmarks and a friendly welcome. It starts with a listening, an orientation, and sometimes prolongs by an accompaniment in the duration to help them to reach their rights: domiciliation, research of lodging, steps to benefit from the social benefits ... In parallel, these receptions propose services (showers and dry cleaning), meals and various cultural, educational and sports workshops.

The day care of Avignon

Secours Catholique has a day care in Avignon, the only day care in the city, with 60 volunteers engaged for an average of 80 to 150 passages per morning, 5 days out of 7. This facility proposes:
- Breakfasts
- showers, laundry,
- Individual reception with administrative support
- Financial aid
- A health point (doctor, dentist, psychiatric nurse, addictions)
- French learning lessons
- Domiciliation

Avignon's day care is currently located on the ground floor of a building in the city center.
Today, it is no longer suitable for day-care activities, where more than 130 people are welcomed daily. It is old, unwelcoming and too small. It must be completely renovated and restructured to bring it up to full standards in terms of accessibility and security.

The health inspection carried out by the Prefect in February 2017 also confirmed this state of affairs.

We have now set about building a new day care project where the desired orientations for this place have been formalized:

- A place to rest

- A place proposing activities in a perspective of autonomy and participation of the people coming.

The venue will be open every day, including evenings, depending on the activities planned and the volunteers involved.

A building corresponding to these specifications has been identified. Covering an area of 620 m2, and located in the immediate vicinity of the actual day care, this place, by its configuration is adapted to the creation of a day care.

However, it is necessary to refurbish and undertake major work: modification of the partitioning to create reception desks and an activity room, creation of a luggage room, a tea room, a laundrette, sanitary and showers.

Compliance is imperative to accommodate people with reduced mobility and a review of facilities: electricity, heating ...