Strengthening our partnership with the World Land

By Roberto Pedraza Ruiz - Head of the Land Conservation Program 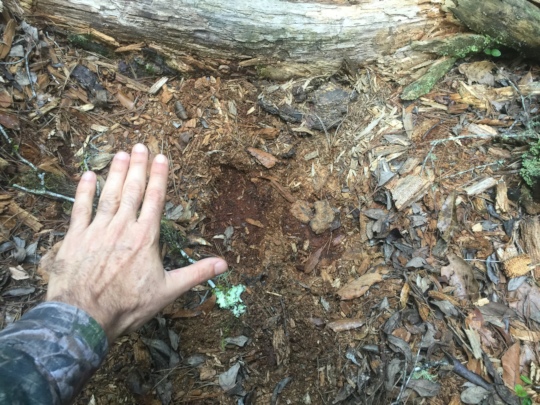 Strengthening our partnership with the World Land Trust

The quarter began with a critical situation: environmental authorities’ lack of enforcement in the reserve (National Commission of Natural Protected Areas of SEMARNAT and the Federal Agency for Environmental Protection) has allowed cattle ranchers to carry out unrestricted burns and clearings of oak forests in the northeast corner of the Sierra Gorda Biosphere Reserve, primarily in El Pocito and Carrizal de los Durán in the municipality of Jalpan de Serra. This, coupled with delays in the arrival of rain during May, increased the occurrence of forest fires.

The Mesa Colorada reserve fell victim to such a forest fire in early June. It was intentionally provoked in the northern section of the reserve and began to travel towards La Hoya Verde reserve, affecting the undergrowth and tree canopy of approximately 200 ha of reserve land. We called and mobilized three fire brigades—two from the Federal Government and one from the Querétaro state government—guiding them to stop the fire’s advance. Our work consisted of opening firebreaks and clearing paths across most of the fire’s front. The fire raged for five days, but passive winds allowed the firebreaks to halt the fire’s movement. Certain areas of the fire, however, required direct intervention.

You can see a video of the fire by clicking here.

It should be noted that fighting fires is no easy task: just to reach the fire’s most remote front required a hike of 19 kilometers over very broken terrain, with abrupt cliffs and highly venomous rattlesnakes and fer-de-lance snakes. The risk to firefighters is real and great, and we thank them for their work.

Fortunately, rains arrived in the first week of June and put an end to the fire. Although oaks were lost, we anticipate that by maintaining this forest free from cattle, the affected area will be able to recover without major restoration work.

Also at the end of May, we had an incident in the Hoya del Cedro reserve: individuals on four-wheelers entered and disturbed the reserve by breaking a fence, littering, drinking, and using firearms (we found 22 caliber bullets). We do not think that they were poaching, as they would have created too much noise and would have scared away the wildlife. We reinforced the fence with 18 iron posts, and hope that this will prevent future intrusions.

Fortunately, our other reserves had no incidents. We continually monitor these reserves and, at the end of June, we had the pleasure of finding 15 fresh territorial markings of a jaguar in the Hoya del Hielo reserve. The tracks meant that a jaguar had passed by within a few hours of our trip. We installed a camera trap in the site and will be recording in case the jaguar returns. The presence of this great animal is a cause for celebration: it is an indicator of our work’s effectiveness and the importance of providing animals with wild, human-free spaces.

Financing by the Netherlands National IUCN Committee (International Union for the Conservation of Nature) has allowed us to expand the Hoya Verde reserve by 50 hectares. As a result, this reserve now protects oak forests and cloud forests. And with the support of our British partner, the World Land Trust (WLT), we acquired and incorporated 10 ha of cloud forest to the Cerro Cueva del Tigre reserve which is threatened by illegal logging that continues on its boundaries.

It is worth mentioning that we prioritize conservation of cloud forests because they cover less than 1% of Mexico yet harbor 12% of its flora, 33% of which is endemic. Their protection is high-impact conservation. They are also extremely beautiful.

During this quarter we also prospected several properties to add to the Cerro Prieto and La Hoya Verde reserves. These reserves are affected by clandestine logging and deforestation for the creation of livestock paddocks just outside of their boundaries. It is thanks to the WLT’s new campaign, “Save Mexico's Ancient Forests”, that we are able to continue purchasing properties.

As part of this campaign, Roberto Pedraza Ruiz, Head of the Land Conservation Program and Grupo Ecológico’s official photographer, travelled to the United Kingdom from August 9 – 21. He met with the World Land Trust team to update them about our work and held a photography exposition in The Forum, Norwich, titled “Discovering the secrets of Sierra Gorda, Mexico.” The exposition, held in a magnificent public space, was very well received.

Roberto Pedraza also gave three talks during the Rutland Bird Fair, the largest bird and wildlife observation event in the UK. During the talks, titled “Discovering the secrets of Mexico's Cloud Forests,” Roberto spoke about how his photography has become an effective tool for conservation, instrumental in discovering plant and animal species that are new to science, as well as rediscovering species that are considered extinct. GESG and the Sierra Gorda held a permanent presence in various locations of the fair, including at the WLT stand and in the food area, where a large screen showed a video as part of the WLT campaign. Because of this exposure and the incredible work of the World Land Trust, we will close the year with several new extensions to our reserves.

Our greatest honor and privilege is that new species (those previously mentioned and those that await publication in scientific articles), virtually extinct species, and endangered species such as jaguars find a safe haven in our reserves.

It is because of the incredible generosity of the British public and businesses on the other side of the Atlantic, as well as our GlobalGiving donors, that this conservation is possible. 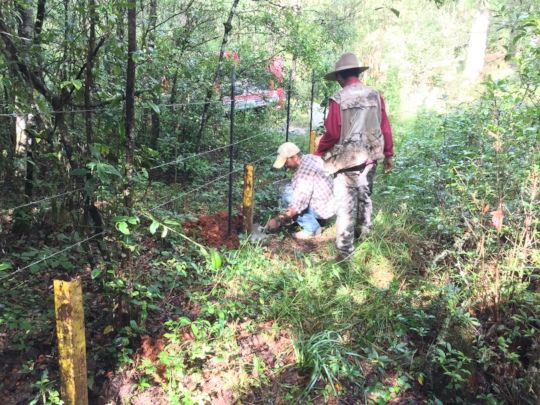 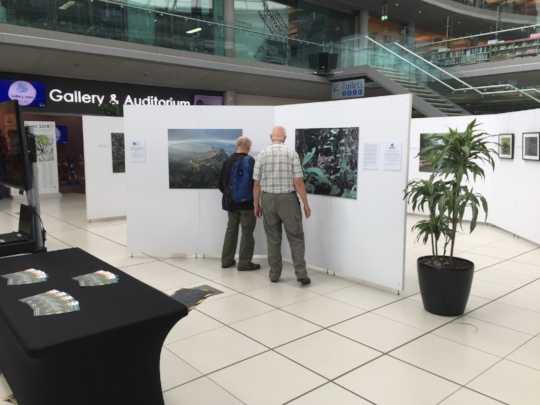 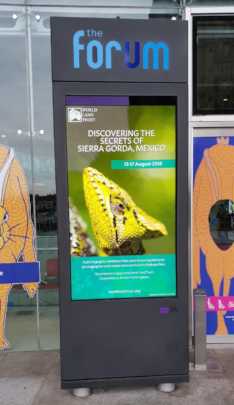 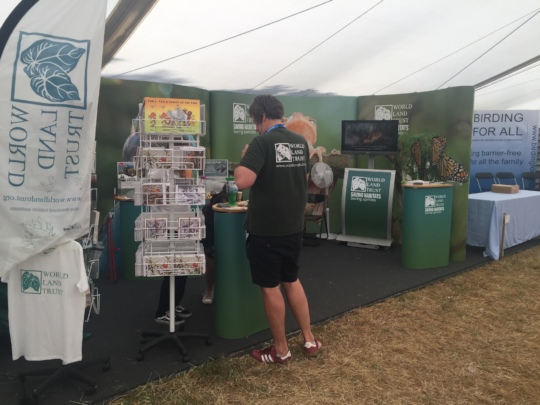 The WLT stand at the Rutland Bird Fair 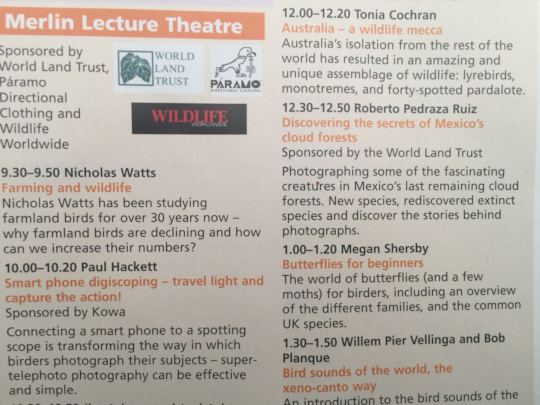 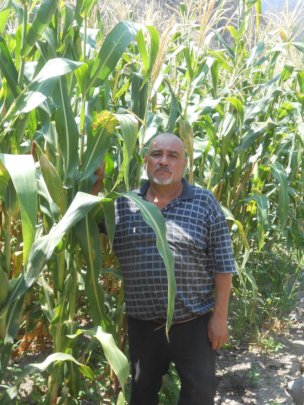 Thanks to the support of GlobalGiving throughout this period, we were able to carry out 106 technical assistance visits—in addition to those previously carried out during the year—serving a total of 150 agricultural and livestock producers. We continue to promote organic production through continuous visits to householders who cultivate a home garden, thereby improving the quality of food and of life of families in the region.

We have begun growing organic tomatoes in Tonatico Pinal de Amoles; our six greenhouses have been sown and await their first, large-scale harvests. We hope to produce more than 1,500 kg of tomatoes, completely free from agrochemicals. With this program, we continue to improve the local economy by generating income for families.

Corn production on 200 hectares of agricultural land is also under development; due to the remineralization of these soils, we expect a higher yield than during the previous year.

With regards to holistic livestock production, pilot ranches in Chihuahua, Sonora, San Luis Potosi, Guanajuato and Queretaro have shown significant improvements since implementing infrastructure planning and rainwater harvesting systems. We plan to begin applying keyline design on more ranches before the start of the rainy season in order to observe more tangible improvements in the vegetation. 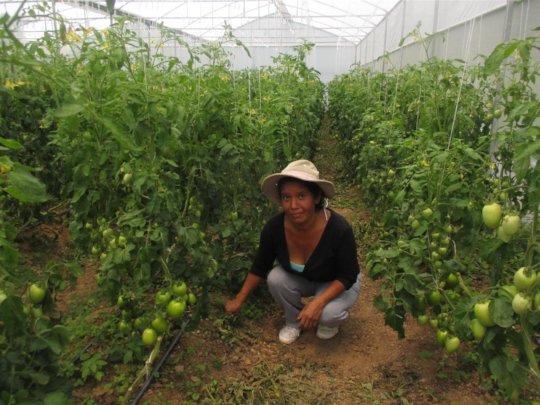 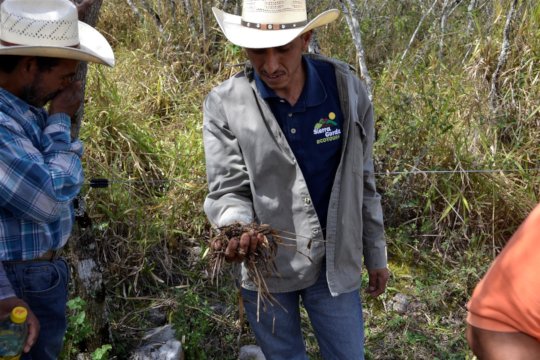 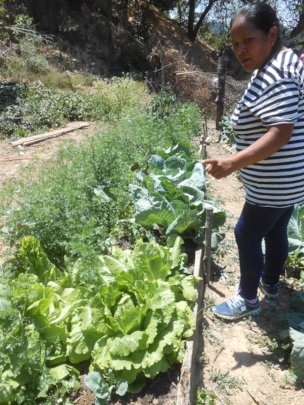 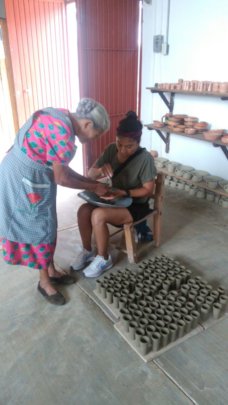 The women partners of the Las Mariposas (Butterflies) Ceramics have expanded their points of sales to new sites in the region. Both sites are important ecotourism destinations with a regular flow of tourists seeking souvenirs, so the ceramicists are customizing production to the Sótano de las Golondrinas (Cave of Swallows) and Casa de Artesanías (the Artisans Shop in the municipal seat, Jalpan de Serra). Visitors are delighted to take away handpainted cups with the local birds and the name of the place. Las Mariposas has wisely invested in developing new, site-specific designs for these locations. In the Cave of Swallows, for examples, Las Mariposas sells products decorated with images of green parakeets, white-collared swifts, and the Jalpan de Serra “Pueblo Mágico” logo (Pueblo Mágico is a federal program promoting “magical” Mexican towns. Jalpan de Serra joined in 2010).

These products are very popular with the tourists. Such personalized and complex designs, however, require more time spent on engraving and painting. Special molds, in turn, can reduce this increased time requirement. We took on the task of finding a new mold supplier for Las Mariposas, as the former supplier had moved to Oaxaca. The new supplier, from Dolores Hidalgo, Guanajuato, will develop four molds for Las Mariposas: one featuring an embossed “Pueblo Mágico” logo, two featuring embossed images of the Cave of Swallows, and one mold for salsa dishes. An embossed mold will simplify the decoration process of each piece and standardize quality during production. Las Mariposas workshop has also received many visitors who are interested in ceramic production and who get involved by decorating and polishing pieces. With the help of Sierra Gorda Ecotours, offering community tourism experiences in the Sierra Gorda, Las Mariposas is exploring this niche in the market.

Your support has helped Las Mariposas to purchase ceramic plaster to renew old molds and ensure product quality. As the final report for Las Mariposas project of the Employing Rural Women fundraiser and invite you to watch the two videos for this report on our Facebook Page @sierra.gorda . The first video is of members of the Las Mariposas working group. The second video is of visitors in the workshop.

We will be updating the Employing Rural Women project to support another vital microenterprise run by women in the highlands of the Sierra Gorda Biosphere Reserve. 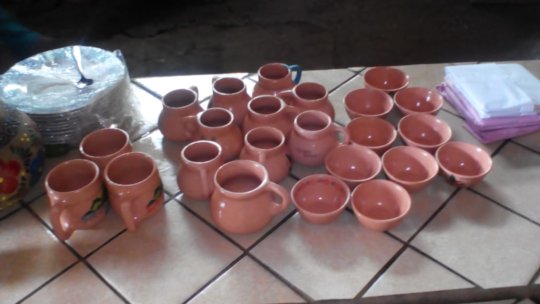 Variety of products with new molds 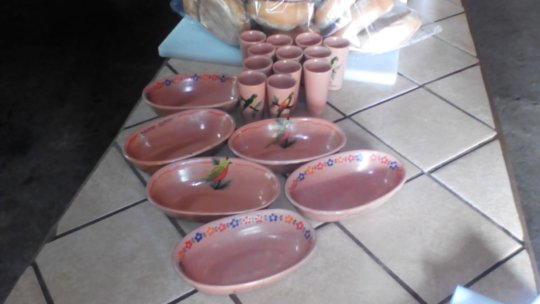 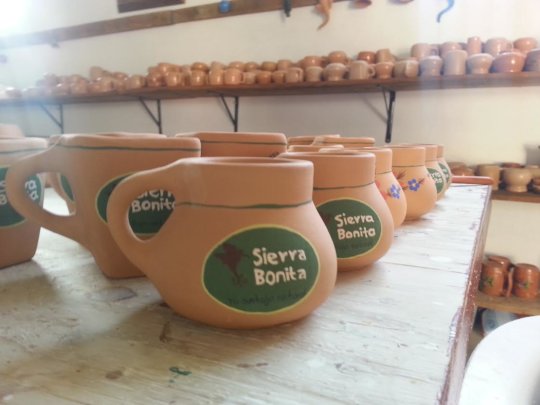 ‹ 1 ... 7 8 9 10 11 12 13 14 ... 25 ›
WARNING: Javascript is currently disabled or is not available in your browser. GlobalGiving makes extensive use of Javascript and will not function properly with Javascript disabled. Please enable Javascript and refresh this page.