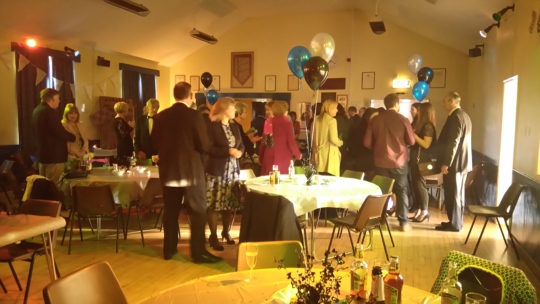 The catering service and equipment hire

In 2014, TN paid for a stall at the exhibition however the event was cancelled because of the Ebola outbreak.

On the 23rd May TN participated in a meeting organised by the director of SIAO. All of those who had paid for their place at the 2014 exhibition were told that they would be able to participate this year and as such should prepare for the event which will take place from the 28th October - 6th November 2016.

TN is informing all of its members so that they can prepare to make innovative products which they will be able to sell at SIAO 2016.

The craft sales and catering service orders have meant that we have been able to pay the artisans concerned, 20% of profits going back into the cooperative.

Other sales made through the raffle, tickets and drinks at the recent UK based fundraiser have been put directly onto the GlobalGiving platform which will contribute to the purchase of land.

TN has already paid its participation costs to SIAO meaning it won’t have to pay to participate this year.

Certain members haven’t had any orders.

TN doesn’t have the means to support its members to produce innovative products in quantity.

The co-ordinator and the secretary only receive a negligible monthly income.

Handicap Solidaire Suisse is no longer paying for the rental of the current office space as this was meant to only be for the period of one year.

In general sales are low.

Currently, income is low when compared with the charges TN must cover. 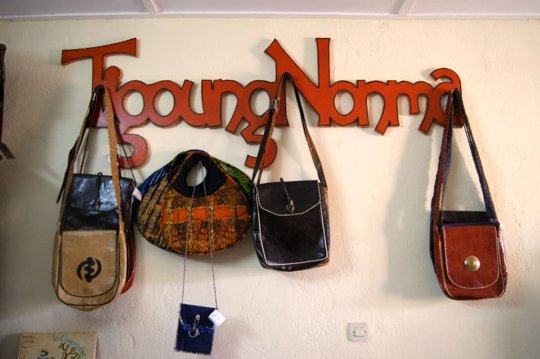 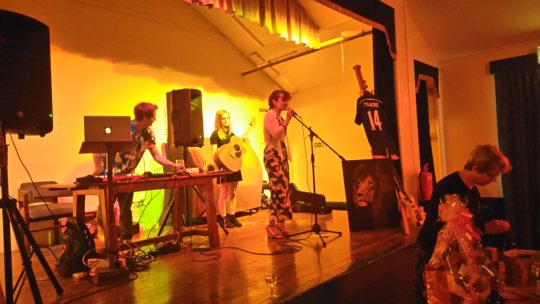 Introducing TN in clothes made by Leonie 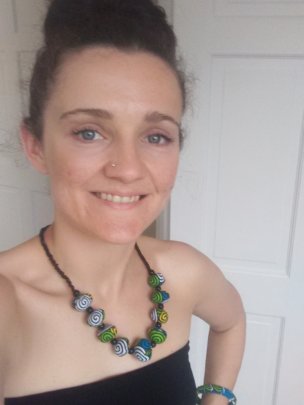 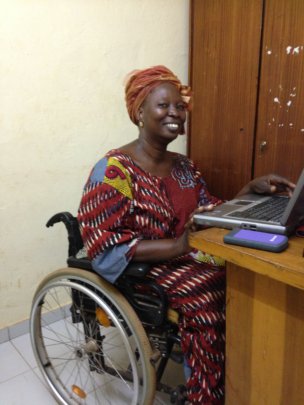 While Zoénabou and the TN leadership have been working on the co-operative's 3 year plan in Ouagadougou, much work is being done from within the UK to help Tigoung Nonma achieve the goal of having its own headquarters.

Since March 2015, UK based Tigoung Nonma volunteers have wanted to organise a fundraiser for Tigoung Nonma's Build-a-Workshop project, located on the Global-Giving website. In 2015 we learnt that in order to fundraise effectively we needed to engage with a more ambitious set of fundraising activities to elevate the importance of Tigoung Nonma's project in potential donors eyes.

Last year, former TN volunteers reached out to their individual networks via e-mail, telephone and social media in attempts to generate donations for the project. We found it challenging to generate interest in the UK through solely through telephone and digital. We recognise that the adverse economic climate and people's empty purses were a restraining factor. But we also believe that the lack of awareness about the barriers that physically disabled people face in Burkina Faso was an even more contstraining factor.

Since Christmas, we have focussed on organising a local Black Tie event to increase funding. We are hiring an affordable memorial hall on April 30th 2016 and a local restaurant is providing a meal, including vegetarian and vegan options! Decoration will be black, silver and white with a sprinkling of fairy lights. An accomplished designer has created the invitations and we have got some great raffle prizes lined up as well as a brilliant Leeds based disc jockey, known locally as DJ Sandy. During the evening there will be a presentation about Tigoung Nonma and our project on Global Giving. We will also have a small, but unique, collection of Tigoung Nonma crafts to sell. Furthermore, two UK based artists are creating works to sell. We hope that the Black Tie event will be a grand success.

On February 17th 2016, former TN volunteers attended GlobalGiving UK's Annual General Meeting. It was a great learning experience. The focus of the AGM event was 'Democratising Aid and Philanthropy. Two important questions were addressed at the gathering: 'Is this possible' and 'How can we make giving more effective and transparent?' Learning from people who are active in making changes on a community and global level at GlobalGiving UK was not just informative, but inspiring!

Strategies to alleviate donor fatigue were outlined. Project leaders were encouraged to gain the confidence of donors by clearly showing how their projects use time and money effectively and by giving consistent feedback on their works and achievements. Confidence + Efficiency + Feedback = IMPACT!

Having previously volunteered in the UK offices of GlobalGiving, it was humbling and exciting to hear about all of the success stories that this small team of 6 workers has facilitated. Hearing from well-established project leaders on Global-Giving was important as it gave us a better understanding of the networking tools and professional corporate knowledge that are available. From this we gained further appreciation for the role that peer learning can play in achieving success. Interestingly, this is an ethos which is fundamental to the way in which Tigoung Nonma works.

During 2015, we at Tigoung Nonma reflected on the possibility of doing an Art Auction in the UK of Tigoung Nonma objects as a way to substantially increase the income of some of our artisans. We considered the possibility of doing this at both a community and commercial level. After making contact with a UK-based auctioneer, based at a prestigious auctioning house, we learnt that this would be difficult to achieve in the way we had hoped.

This month saw an increase in UK sales. A beautiful black and white beaded necklace was sold to a UK buyer which was wrapped in African graphic printed 'pagne' (cotton) with a gift of a small shell to accompany it. The buyer was sent information about Tigoung Nonma. The buyer gave very positive feedback about the necklace and we were pleased that awareness was raised in the UK about the importance of Tigoung Nonma artisanal work.

Due to the political situation in Burkina Faso and the consequent decline in tourist traffic, January and February sales in Burkina Faso are low, when compared to figures from the same peroid last year. Total income from craft sales, equipment hire (tables, chairs and speakers) and the catering service was 519050 CFA (Central African Franc). Total expenditure was 400740 CFA and net profit was 118310 CFA. In January 2016, 53 artisanal products were sold and 14 were sold in February, including 1 sale from the UK. From the sales information gathered, we have found that Tigoung Nonma customers are interested in buying a variety of products: keyrings, purses and children's toys for example. However, jewellery remains the most popular product.

Tigoung Nonma leadership have been struggling against issues of accessibility, poverty and politically induced curfews when trying to organise their general meetings with members. However, we hope that as the situation ameliorates, it will become easier for Tigoung Nonma to assemble in one place. 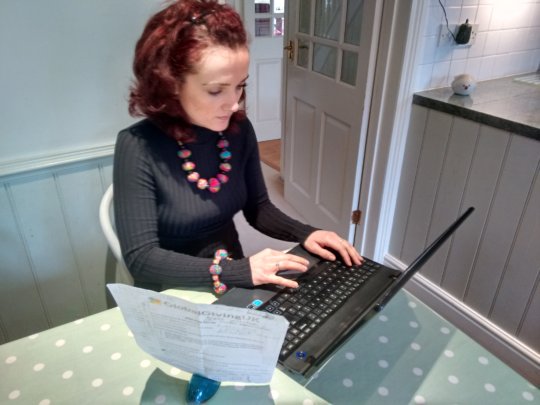 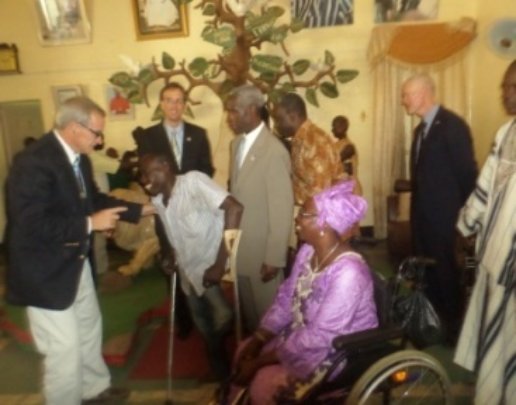 During the last few months, life on Burkina soil has been eerily quiet. This atmosphere was due to the abortive coup d’etat in September by members of a presidential guard loyal to former President Blaise Compaoré who was deposed by the popular uprising a year ago October. In the recent coup attempt, the transitional president, Michel Kafando, and his prime minister were taken hostage. Fortunately, both were released from jail after an intense stand-off period. National elections, which were to have taken place on October 11, were rescheduled for November 29.

The socio-political turmoil induced the International Service (IS) to withdraw its volunteers from Tigoung Nonma because of safety concerns. Unfortunately, artisan sales have diminished substantially due to the decline in tourist traffic. Despite the difficulties of the IS volunteers departure, the TN cooperative and its management have been able to forge ahead with many of its activities. Note the following:

The President of TN continues to lead regular staff meetings from her office in Ouagadougou. She continues to plan and monitor the evolution of TN members’ activities. A general assembly of all members of the organization is scheduled to take place on the 12th December 2015 during which propositions and suggestions for TN’s plan of action for 2016 will be discussed and made.

On the 26th September TN was invited by the Friends of Burkina Faso (a non-governmental organization comprised mainly of returned U.S. Peace Corps volunteers) to be present at FBF’s first Award for the Peace In Ouagadougou. The award was granted to Mogho Naaba Banwogo, tribal chief of the Mossi clan. The bronze statue given to the Mogho Naaba in honor of his award was crafted by TN-artisan Issoufu, shown in the third picture below. The ceremony, which took place at the palace of the Mogho Naaba, was attended by many Burkinbés, including dignitaries from the government and the U.S. Ambassador. Madame Zoénabou (TN coordinator) and artisan Issoufu received congratulations and encouragements for their work from the President of FBF.

Fortuitously, TN received and processed a relatively large craft order from Handicap Solidaire Suisse, in the following artistic areas : leather, dressmaking, necklaces, recycled objects. Ten artisans, of which six were men and five were women, benefited directly from the sale of these items.

From October to November, TN’s catering service received three orders. The orders allowed TN to compensate seven members for their hard work preparing and delivering the food to their clients. In addition, TN initiated a new income-generating activity for their catering-service members, namely the sale of cereal which total funding is 1 153 000 FCFA/ $1876.03.  This project was approved by UK based charity LAFI Burkina. Cereal will be sold to local people in Ouagadougou Burkina Faso which will hopefully improve the sustainability of Tigoung Nonma. Members of Tigoung Nonma will benefit from social priced sales. LAFI Burkina, which stands for Lasting Action For Inclusion (or ‘the girl- La Fille in French), is a charity set up by ex volunteers from the UK who worked in Burkina Faso. They are working to improve the livelihoods of disabled people in Burkina Faso.

The unstable political situation in Burkina Faso during the last few months created major challenges for the TN cooperative, its members, and all citizens of BF during the last few months. Fortunately, recent developments promise a much brighter future. Burkina Faso held a free and open election on September 29th. Rock Marc Christian Kaboré was chosen by the people to lead the country and to form a new government on the very first ballot. This vote promises to generate stability in Burkina Faso. It could also serve as an example of democratic transition to other countries in African where veteran rulers often change the constitution to retain their terms in office. 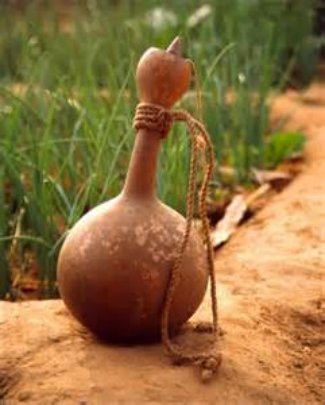 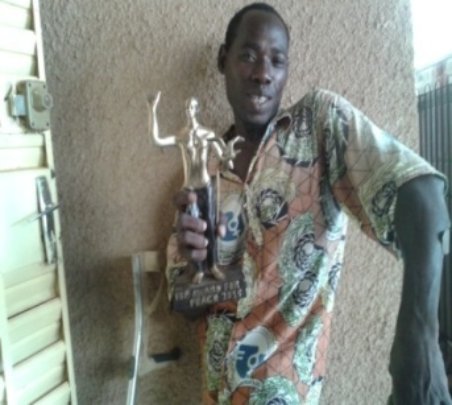 Issoufu
‹ 1 2 3 4 5 6 7 ›
WARNING: Javascript is currently disabled or is not available in your browser. GlobalGiving makes extensive use of Javascript and will not function properly with Javascript disabled. Please enable Javascript and refresh this page.