Zipporah was a girl on the verge of giving up in life following several hardships and sufferings in her young life.  She did not get to know her father because he died when she was very young so she had to be brought up by a single mother and later by her older siblings.  Zipporah was a prime candidate for female circumcision in her early teens because if she went through this rite, she would be married off and cease to be a liability to her family and become an asset.  She was to be married off next after her 15-year-old older sister dropped out of school due to early pregnancy and was promptly married off to an old man.

Zipporah was brave enough to share with her teacher the plans her family had for her. But after getting tuition support from Nenkashe and getting through 2 years of secondary school, Zipporah confessed to her teacher that she was unhappy, stressed, and felt lost in class because she did not understand what was being taught.  Her academic performance was poor and rated at the bottom of her class.

Following counselling and mentoring sessions that all Nenkashe sponsored girls go through, Zipporah discovered that despite her low academic performance, she can still make a good living doing what she likes.  She learned that Vocational Training Centres (VTC’s) provide basic technical skills to youth who may not achieve enough marks to earn them places in middle level colleges or universities.

Nenkashe Education Centre made arrangements for Zipporah to pursue a course in Hair Dressing and Dress Making at Isinya Youth Polytechnic.  Today Zipporah is an entirely different person.  She is at the top of her class, 2nd out of 36 students, and her colleagues have elected her to be their class representative.

Thank you for helping to change lives for young people like Zipporah who without your assistance would have to face life’s challenges on their own.

Thank you for your partnership and support. 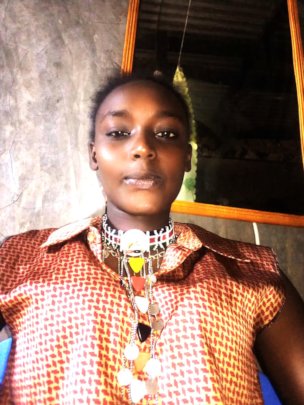 Janet has shown tremendous courage and resilience by not giving up after a horrific accident that left both of her legs amputated.  When Janet was 13 years old, she was run over by a vehicle and after several reconstructive surgeries at a Mission Hospital, she was referred to AIC Child Care Centre for stump wrapping and rehabilitation services.  AIC Child Care Centre later referred Janet to Nenkashe Education Centre to get educational support, counselling and mentorship.

Shortly before her horrific accident, Janet had lost both of her parents so she was already an orphan before losing her legs.  She was inspired so much by the care she received from her doctors and nurses that she decided to ask God to help her become a doctor one day.  She says that she wants to study medicine and become a doctor so that in the future she may be able to give someone hope as she has been given by the doctors that treated her.  Janet graduated from high school last year in December 2018.

Preparing the girls for 2019 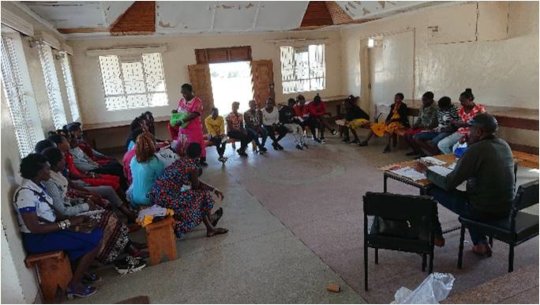 5 girls sat for their primary and secondary school final examinations and all performed well.  One girl scored exceptionally high marks and qualified for admission to a top university.

As much as the year ended well, it had its challenges.  One girl unfortunately dropped out of school because of early pregnancy.  It is a sad occasion every time a girl drops out but we must comfort and encourage ourselves because the girl was at least a few years older and more mature than she was when she joined NEC several years earlier.

For those who are still enrolled in school, we continue to support and encourage them to complete their studies so that they may reach their full potential.

We held a 5-day Life Skills Seminar for 37 girls when schools closed in November and we invited 14 other girls from neighboring schools to join the training.  The topics covered at the life skills seminar included self-esteem, relationship building, drug abuse, reproductive health, sex and sexuality, sexually transmitted infections and HIV/AIDs.

The Seminar was lively because the girls participated actively and the atmosphere was relaxed and cordial.  We also had men and women in leadership positions attend the seminar to talk and encourage the girls.

Thank you for your valuable support. 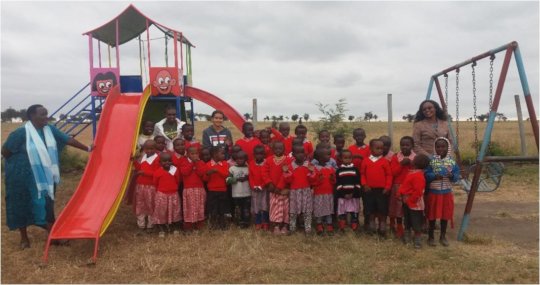 Preschool Children Enjoy their New Slides
‹ 1 2 3 4 5 6 7 8 9 ›
WARNING: Javascript is currently disabled or is not available in your browser. GlobalGiving makes extensive use of Javascript and will not function properly with Javascript disabled. Please enable Javascript and refresh this page.