Partner people’s organizations and communities of De La Salle University (DLSU), social enterprise (SE) advocates including faculty members and other delegates from twenty-five 25 Higher Education Institutions (HEIs) representing 10 countries from the Association of South East Asian Nations (ASEAN)  plus Japan, China, and Korea participated in the September 9-18, 2019  # WeCAN  International Boot Camp.   The International Boot  Camp and Research Colloquium hosted by DLSU through the Lasallian Social Enterprise for Economic Development  Program of the Center for Social Concern and Action (COSCA) was supported by the government’s Commission on Higher Education.

SE workshop sessions aim to deepen understanding  of the opportunities and challenges identified during community business scoping as well as facilitate the identification of immediate action plans that will enable partner communities and students to create / develop social enterprises that are relevant, sustainable and impact-driven. 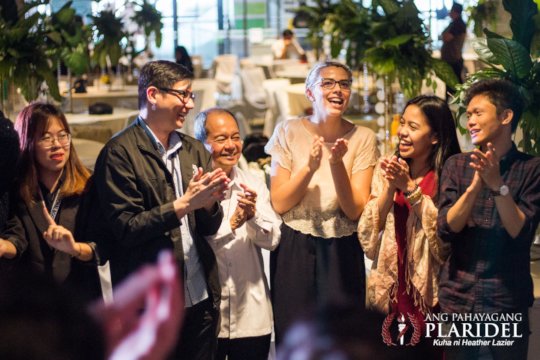 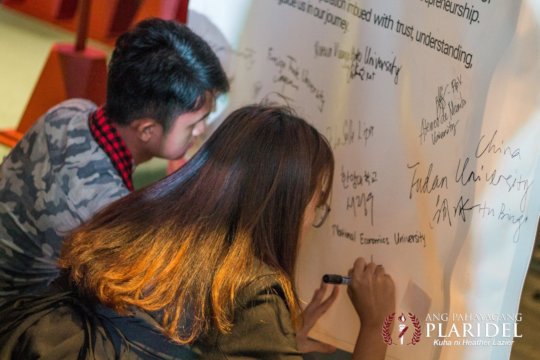 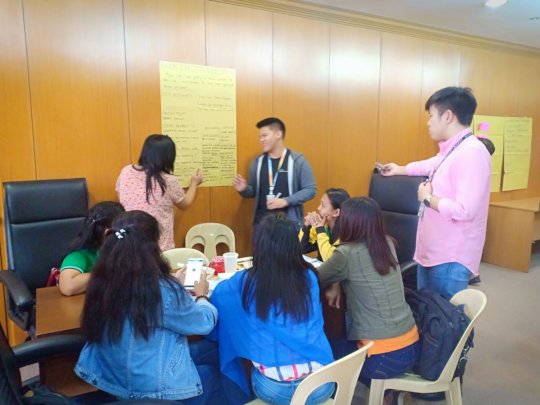 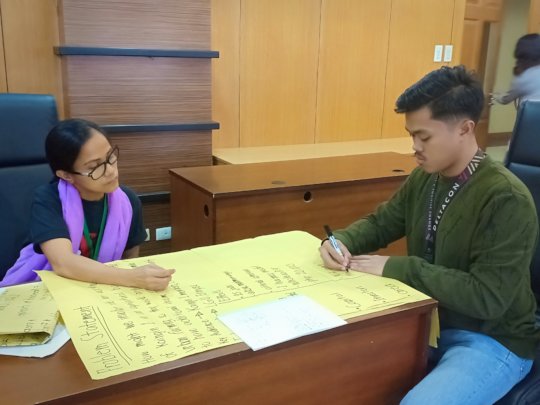 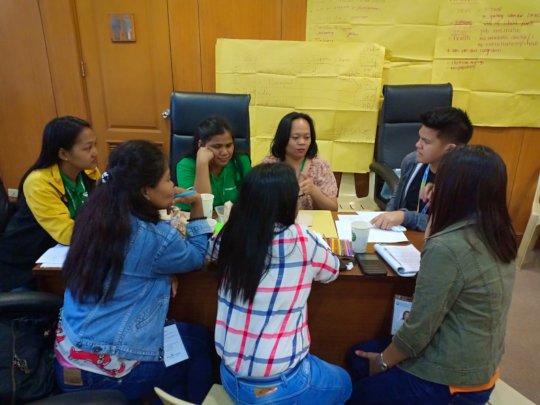 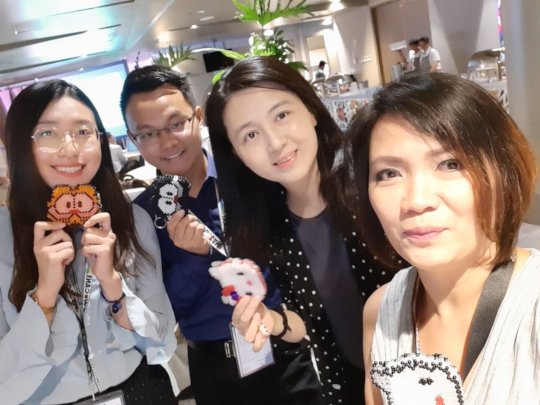 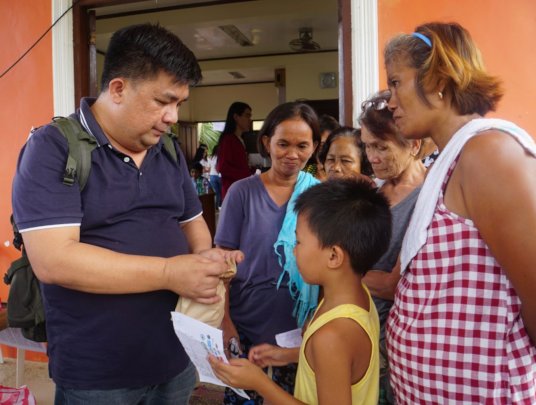 Talim bay’s local fishers,  Local Government Unit (LGU) of the Municipality of Lian, Batangas (reprsented by Municipal Mayor Isagani Bolompo), conservation advocates and the De La Salle University-Manila (represented  by  Br. Raymundo Suplido, DLSU President) through its Center for Social Concern and Action and the Br. Shields Ocean Research Center push to sustain biodiversity conservation initiatives with  the renewal   of   partnership   and  signing  of a Memorandum of Understanding  (MOU) on Sept. 23, 2019 in Matabungkay,  Lian, Batangas.

While maintaining  Talim bay’s biodiversity remains a challenge for  conservation advocates  and the fishing community given the concerns on coral reef bleaching  and limited  fish catch  in  Talim bay areas declared as marine protected ,  stakeholders commit to take a closer look at establishing  their version of a Marine Protected Area, designed to protect the municipal coral reefs, seagrass beds and mangrove forest and help ensure the integrity of these ecosystems. The operative word is to sustainably utilize resources through regulation and peoples’ participation.

To date, one coastal community in Talim Bay continues operation of its community based-ecotourism activity as alternative source of income for fishers.  Also, stakeholders pursue initiatives to help keep Talim bay's health, sustain peoples’ participation through continued  capacity building  activities and facilitate the  conduct of  relevant  services  with the community, among others. 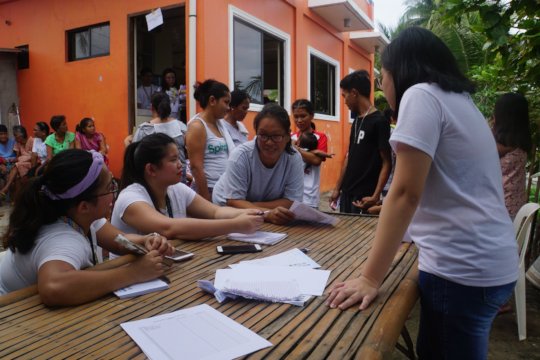 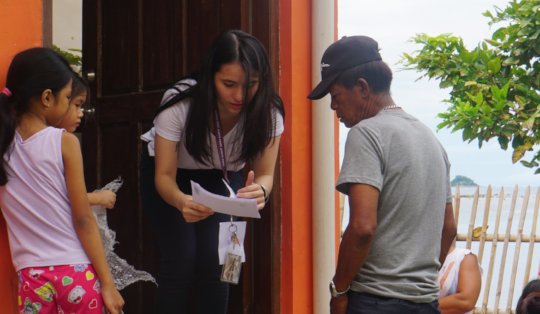 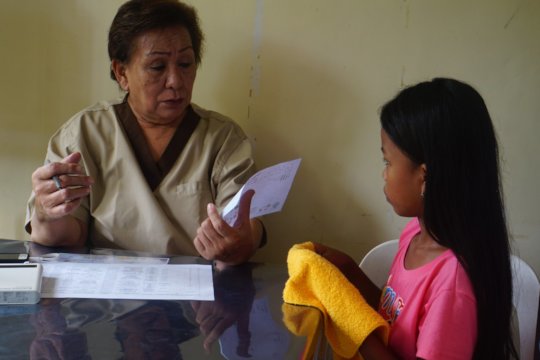 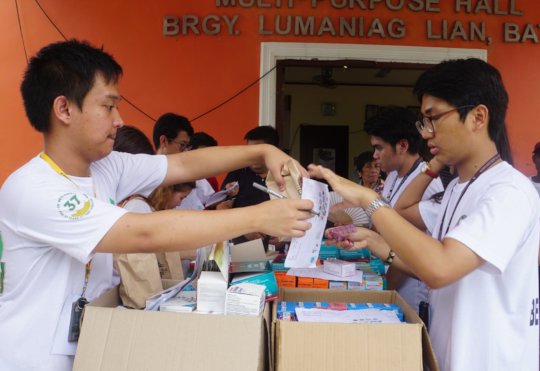 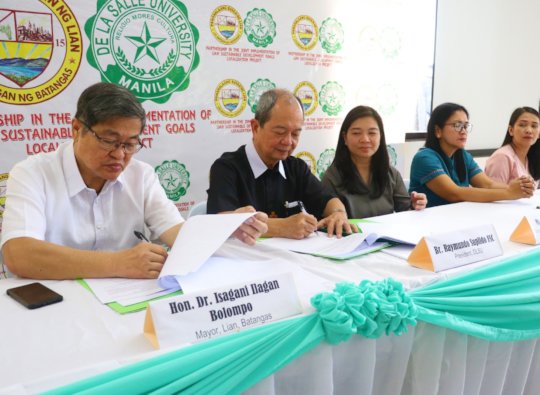 Partners Revisit and Plan to Improve Capacities on Resiliency 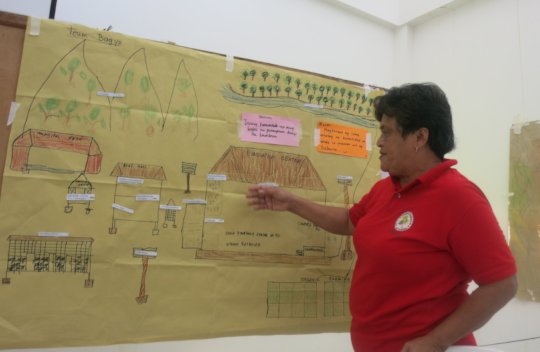 DLSU – Center for Social Concern and Action continues to pursue initiatives to help make partner communities increase capacities  on resiliency and  safety. The academe recognizes its role as  resource for knowledge generation and knowledge sharing It also acknowledges the important role that communitiy members play in disaster preparedness being  at the frontline and directly affected in times of disaster or calamity.

In the  effort of helping build  disaster resilient communities, DLSU-COSCA  continues to pursue  partnership building and  strengthening with  institutions and organizations that suport   advocacies on climate change  adaptation and mitigation and  environmental  protection. On August 8, 2019, COSCA supported  the GlobalGiving-sponsored forum dubbed “Conversations on Strengthening Community Resilience through Localized Disaster Risk Reduction and Management in the Philippines.”   The forum highlighted the sharing of experiences of  organizations  and institutions engaged in raising  capacities of communities in the Philippines which include, among others the following:  Office of Civil Defense-NDRRMC, Center  for Disaster Preparedness (CDP), Philippine Preparedness Partnership, Buklod Tao, Inc., Las Pinas Persons with Disability Federation, Inc. and Sibol ng Agham at Teknolohiya, Inc.  The forum also discussed the current  state and trends on disaster risk reduction and management  (DRRM) in the Philippines.  It provided the community members and representatives of participating  institutions and people’s organizations venue to network and share their learnings and examined the challenges they encountered in operationalizing the elements of DRRM. The discussion also allowed participants to share best practices  and explore areas for future collaboration to deepen engagement of communities in DRRM.

Also, a 5-day Community-Based Disaster Risk Reduction and Management Training of Trainers (CBDRRM TOT) was organized  on  September 3-7, 2019 to help enhance the capacity of  the Municipality of  Lian, Batangas on resiliency and  safety.  Formal leaders and representatives from the 19 barangays of  LGU Lian, Batangas including its Municipal Disaster Risk Reduction and Management Office (MDRRMO) staffers successfully completed the CBDRRM TOT.  The training which tapped the expertise of  CDP was pursued  by DLSU to help contribute to the efforts of  building disaster resilient partner communities.

The training of trainers focused  on the discussion of the following: a) Context of Disaster in the Philippines and Importance of CBDRRM, b) Steps in Conducting CBDRRM, c) Disaster Preparedness, Prevention, and Mitigation, d) Disaster Response, Rehabilitation, and Recovery, and e) Action Planning. Provided with the knowledge on DRRM concepts and the different techniques in formulating effective and efficient plans and actions related to DRRM, the participants were given the chance to become trainers and /or facilitators of a simulated CBDRRM training. The simulation  training which is a requirement for completion is also an essential step for the participants to obtain  accredited with the Office of Civil Defense as CBDRRM trainers.

The CBDRRM TOT is an initial step for the conduct of  CBDRRM training in the partner  barangays which will be supported by LGU Lian’s MDRRMO and consistent  with DLSU-COSCA's initiative under the Lasallian Environmental Sustainability and Governance component of DLSU-COSCA’s Lasallian Sustainable Development Program. 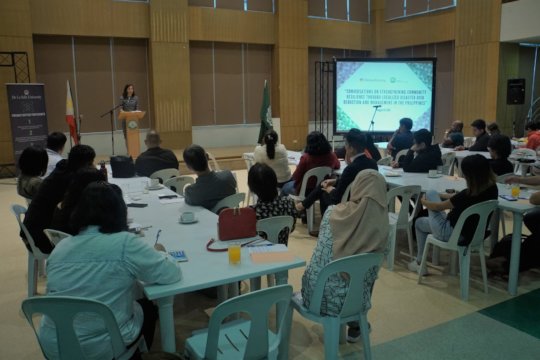 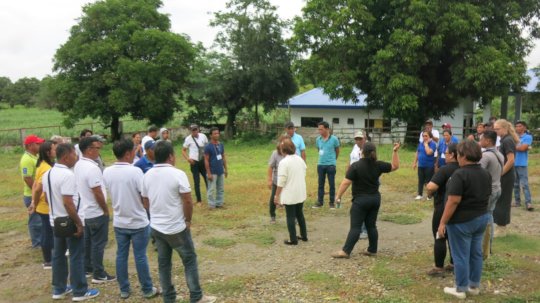 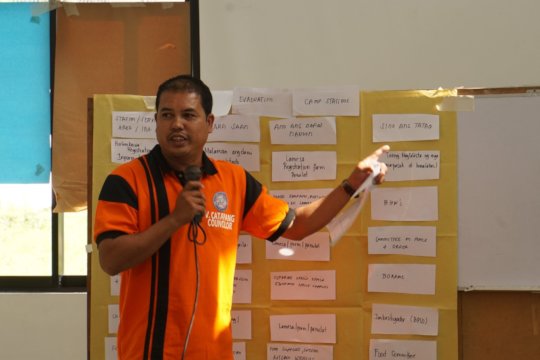 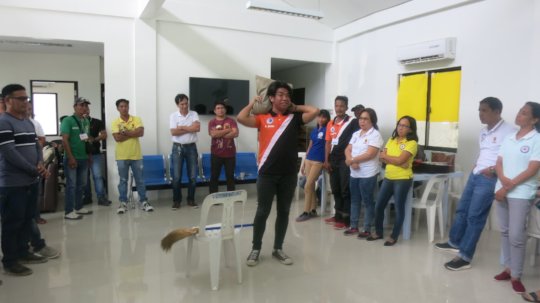 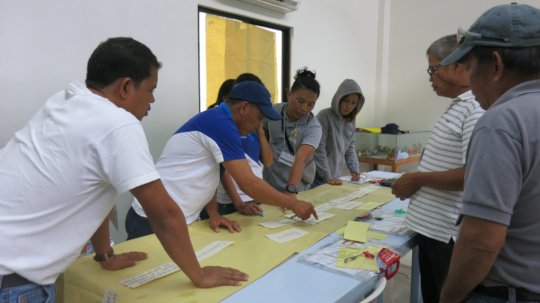 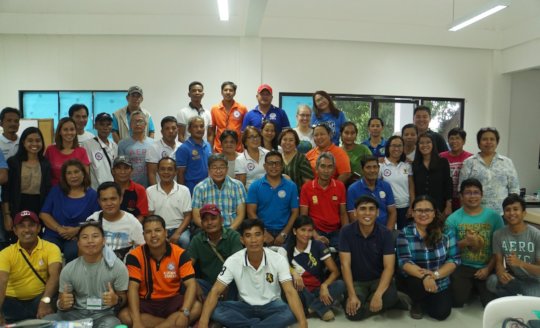 ‹ 1 2 3 4 5 6 7 8 9 ... 34 ›
WARNING: Javascript is currently disabled or is not available in your browser. GlobalGiving makes extensive use of Javascript and will not function properly with Javascript disabled. Please enable Javascript and refresh this page.