By Nancy Clark - Corals for Conservation Advocate and Cheerleader

The World Surf League provided flights for our own world-famous coral gardener, Dr. Austin Bowden-Kerby, in this week's effort to help a youth group restore a coral reef in French Polynesia.  Here's Austin (in the red scarf) with a group of surfers and the Moorea Coral Gardeners, having the time of his life on the most beautiful island, just being one of the kids helping to save the reef.

World-class surfers, several in the photo above, love and respect coral reefs and they want to help.  Once the surfing community found out about Austin's scientific expertise in restoring damaged and threatened coral reefs, he was brought in to train this group of coral advocates in new methods.  Suffice it to say, it is many nautical miles from Fiji to Moorea via NZ and Tahiti.  Austin was able to send this field report & reflections while the coral cuts were fresh, and a few tears of gratitude still flowed.  Here's the newsflash from Sofitel Moorea la Ora Beach Resort:

I am leaving today by boat to Tahiti, to visit another group for training in coral gardening.  Then leave at 2 am tonight for Fiji via NZ.  The trip has been exhausting but incredible. The group gave me a beautiful black pearl that one of their parents had farmed as a going away present.

Moorea is the most beautiful island I have ever been to. This group has amazing energy but had never been trained, and so were a bit limited in what they were doing with the corals, but very receptive to new ideas and methods.  Twenty or so mostly volunteer staff, over half indigenous, the others mostly French, and in their mid to early 20's and late teens. Among them several Internet whizzes and film makers to produce promotional materials. They get funded by tourism and their parents, they have a steady stream of paying visitors, and they sell t-shirts etc.   I am worn out from the work, pretty much all day in the water, and a hundred small coral cuts.
The main outcome of the trip is that the group will now be focused on collecting bleaching resistant corals from the very hot pockets- the nearshore shallows- as there are still some of the now rare acropora corals but very few and far between.
I showed them how to build A-frame nurseries, rope nurseries, and coral cookie nurseries. I also implemented a new and very exciting method for the table acropora species, "coral garland", which translates well into French- 'coral couran' not sure of the spelling.   It reinforces the local Pacific culture of making flower garlands for loved ones.  The method uses 1cm or even more tiny microfragments which trim off so easily from the edge of the colonies--and those are woven into thin polyfilament twine.  After several days the frags are very happy looking. The method is much less damaging on the source colony and I think growth should be amazing.
Okay it is nearly dawn and I have ten 'mother' corals to cement to their bases, because I have to leave here at 8am.....  Thankfully, the Coral Gardeners headquarters is right on the ocean.  I will be back on the farm for five days and then off to Tuvalu, thanks to Global Giving donors.  Then back to Fiji for international workshop I am giving in Fiji, with trainees coming from Papua New Guinea, Samoa, New Caledonia, Australia, and Fiji.
Yesterday was my last full day here on Moorea, so lots of time in the water.  I am beginning to suffer from coral cuts and tiredness, but the work needs to get done. We went to a sand bank where the tourists feed the stingrays and got very up close and personal with them, stroking them and they ate from our hands.  At one point I picked up a shell and a seabird {black-capped tern} thought it was food and bit my hand which started to bleed- then the sharks suddenly appeared - in came three of them to check out the blood.... a bit too close for comfort, but the photographers who were in the water were so stoked.  This will hopefully all be on the World Surf League website.
Vinaka... loloma levu, Austin
Feature from Fiji Times

I invite you to click on links about coral gardening, World Surf League's PURE effort supporting coral work, and the United Nations Environment link backing community action to protect coral reefs worldwide.  Global Giving will be promoting our Corals for Conservation project and their other Climate Action Fund winning groups during the upcoming United Nations Climate week starting September 23rd.
You all do so much for us with your commitment to protecting the reefs from the consequences of the quickening pace of climate change and other threats.  You do so much when you share your love through gifts and by your positive thinking-- to restore Austin's energy after a grueling fight for the reefs we love! 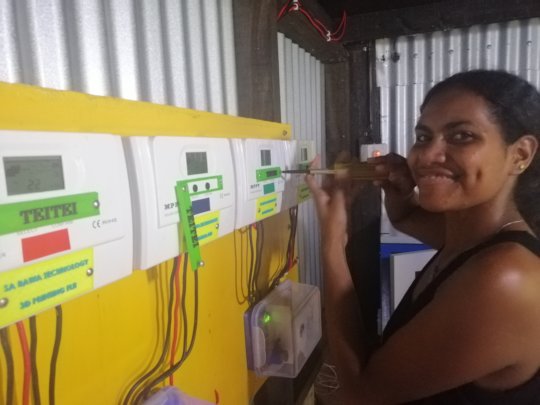 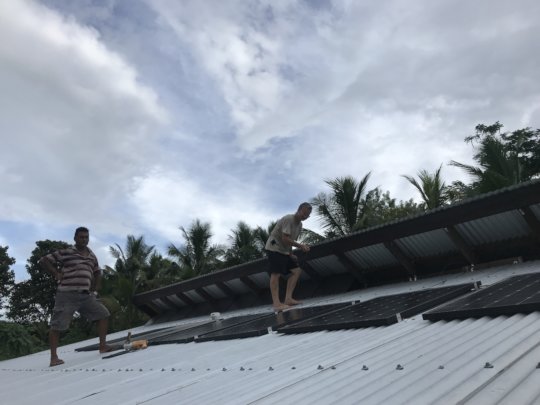 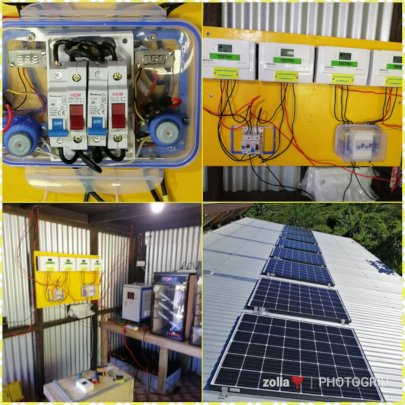 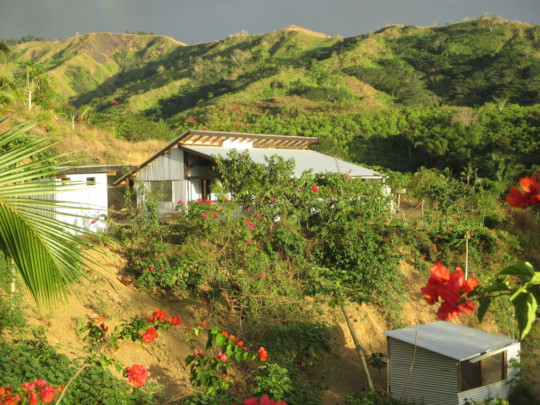 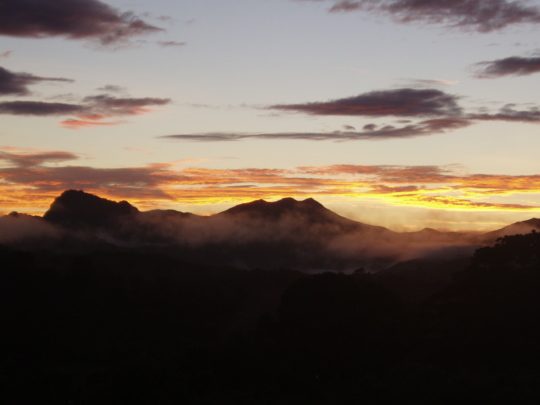 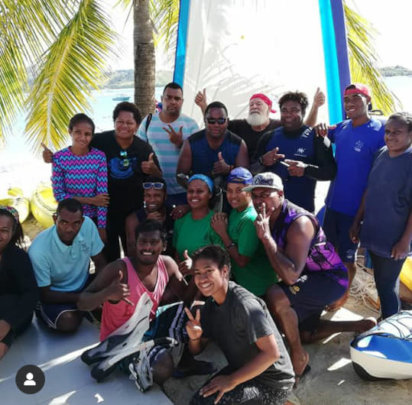 Greetings to all of our supporters.

An amazing event happened in late May, that continues to affect the coral work even now.  We convinced Plantation Island Resort to sponsor an emergency response to the mass bleaching in the form of a training workshop. Thirty-three participants gathered: 14 resort staff, 17 NGO staff, two community representatives, and a Fiji Government Fisheries Department representative, all eager to learn how to do something about the mass bleaching affecting the Mamanuca Islands reefs.  The resort covered dorm accommodation, meals, venues, and boats. The community also provided a boat, helping make the event low cost and effective. It was an amazing gesture of dedication and service to the environment.

Participants learned about coral restoration ecology, coral nursery methods, coral predator removal, as well as how to select bleaching resistant corals for the reef restoration work. A new 'super coral' nursery was established, and an A-frame method was introduced, a first for Fiji. The week was interesting, exciting, and a whole lot of fun for everyone.

Participants even worked hard to produce and upload a short film of the workshop, link below.  Discussions were lively, and included the desire to work more closely together in our efforts in the coming years, to make the Mamanuca Islands a model coral reef adaptation site for bleaching resistance.  A follow up workshop and additional training is planned for September.  Participants from Australia, the Maldives, and Papua New Guinea have expressed interest in coming for the September training- so that we can spread this hopeful strategy even further.

I am off to Tuvalu next week for another coral workshop and to build another super coral nursery there, made possible by your generous donations. We have been able to do so much more than we had ever dreamed possible thanks to this outpouring of support.

Blessings and light to you all, 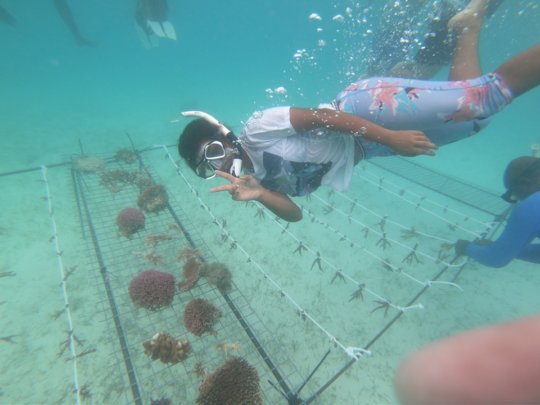 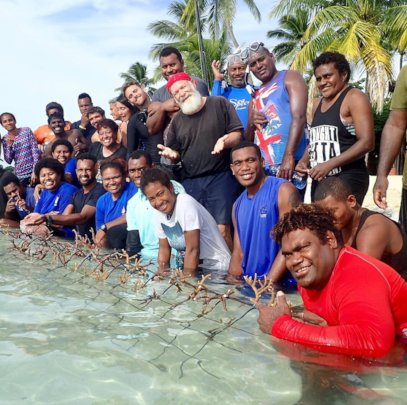 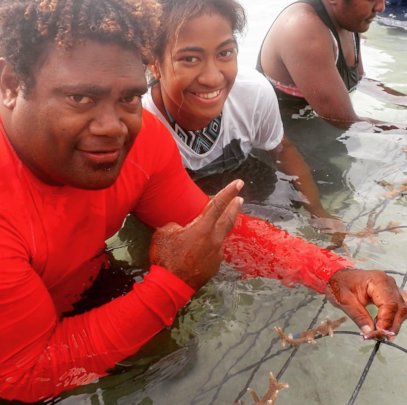 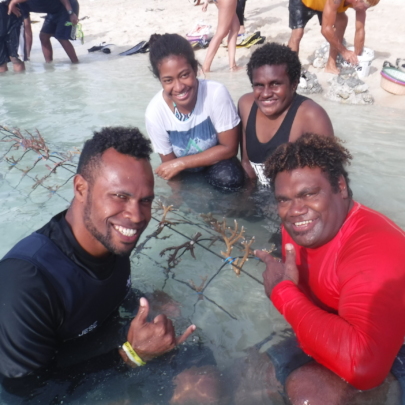 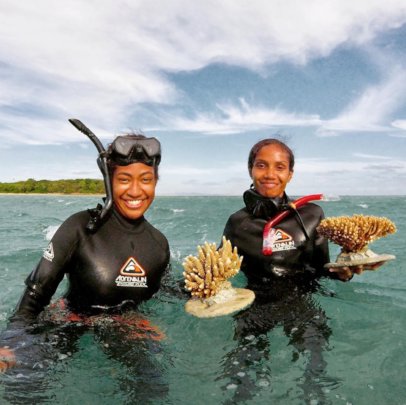