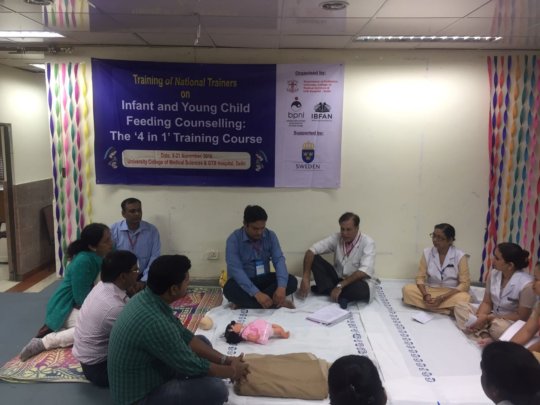 Conducting a group session on positioning the baby

This quarter we bring to you field level report from Delhi, India . As part of this project BPNI has done several advocacy meetings in the past in states like Uttar Pradesh and Jharkhand. BPNI's advocacy could convince the state governments to build their capcity by training their human resource as national trainers on Infant and Young Child Feeding (IYCF)skilled counseling. Training is one of BPNI's forte over the years, till date BPNI's has trained more than 45000 health care professionals and workers in India.

In this report we would like to share insights from our ongoing training of trainers in Delhi,India at University College of Medical Sciences & GTB Hospital,Goverment of India. This national training is organised by BPNI for creating 5 national trainers from  4 different states in India. The states which are here to build their capacity include Jharkhand(2), Uttar Pradesh(1), Maharashtra(1)and Delhi(1). These 5 goverment and private officials will be trained as national trainers over 14 days of training in which they will get training for 7 days and then they will train a team of 19 IYCF counseling specialist for next 7 days. This will help them exercise their skills learnt over 7 days of extensive training.

The training has started from 8th November 2016 and will be completed on 21 November 2016. We wish to conduct many more training of training in more states or a holistic coverage. ( This training has been a collaborative effort of BPNI, Department of Peadiatrics ,UCMS, GTB Hospital,IBFAN and SIDA along with limitted global giving funds) 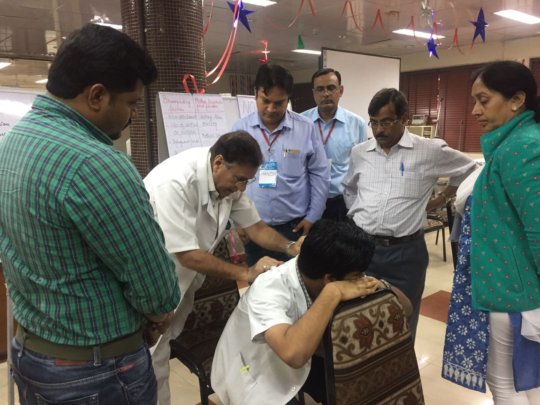 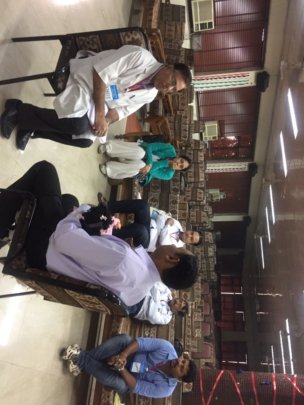 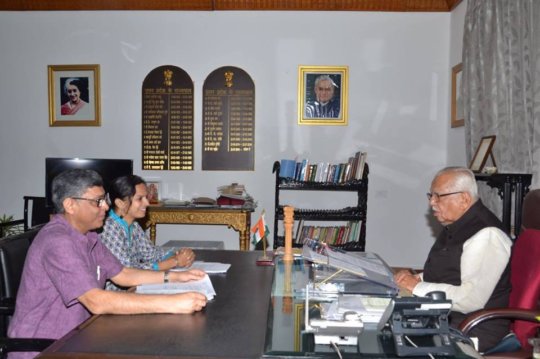 We are happy to share the second report of this project. As part of the project advocacy we have now approached the state of Uttar Pradesh(UP) in India to pitch our field level training course to be included in the State Nutrition Mission.

Dr.Arun Gupta, Central Coordinator and Dr.Shoba Suri, Policy & Programme Coordinator,BPNI met with Sh.Ram Naik, Governor of Uttar Pradesh in Lucknow in the month of May 2016.

We introduced ourselves and highlighted BPNI’s 20 years of work.We shared the  Infant and Young Child Feeding practices status for Uttar Pradesh as compared to National figures which was alarming for him as Uttar Pradesh's rates were very low. BPNI suggested that reaching out to all women with skilled support would be beneficial in increasing the current IYCF rates of the state.

We also apprised him on the Infant Milk Substitute Act (IMS Act) an Indian law protecting breastfeeding ; which was  his brain child and was introduced by him as the private member bill back in 1992. The IMS Act is in threat because of several market forces and we wanted him to take note of that as well. BPNI suggested the Honourbale Governor to write to the Prime Minister in regard and protect  the IMS Act from being repealed.

As an immediate action the honourable Governor fixed up a meeting with Chief Secretary, Uttar Pradesh to apprise him on these details. As a follow  up our team met the Chief Secretary Shri Alok Ranjan, Principle Secretary, WCD Ms D. Verma, DG UP Nutrition Mission, Mr. Kamran Rizvi, Director UP Nutirion Mission ,Mr. Amitabh Prakash, MD NHM –UP, DG Health UP, DG Medical Education and Trainings UP in June 2016.In this meeting it was decided that BPNI should send a formal request to the Director General, UP Nutrition Mission for a formal collaboration.

BPNI has written to Mr. Kamran Rizvi, Director UP Nutirion Mission for a formal collaboration and awaiting his response.If this collaboration materializes BPNI's training course for middle level trainers and field level trainers could be included in their state IYCF promotion plans; this partnership would be a stepping stone in achieving our target of creating 2000 breastfeeding counselors in India. Hopefully in our next report we will be able to share some interesting training stories from grassroot. 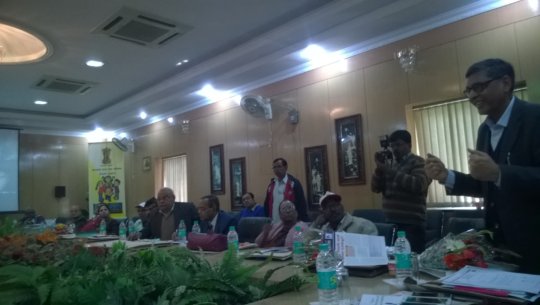 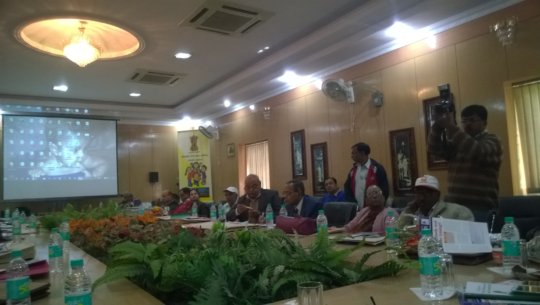 Jharkhand state officers at the advocacy meeting
‹ 1 2 3 4 5 6 7 ›
WARNING: Javascript is currently disabled or is not available in your browser. GlobalGiving makes extensive use of Javascript and will not function properly with Javascript disabled. Please enable Javascript and refresh this page.