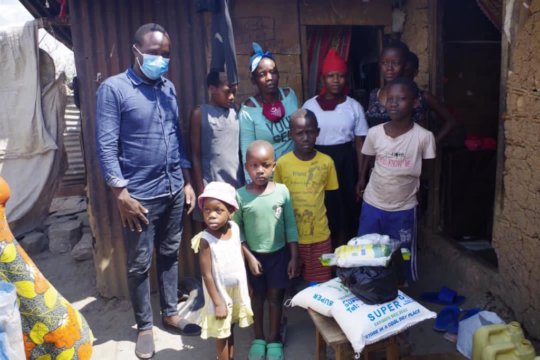 "The days are tough,many of us are not happy because we dont have what to eat."said one of the women in the slums of Kampala.

The 42 days of partial lockdown imposed by the Government of Uganda in response to managing the covid -19 pandemic left many households without Food.While may people were struggling to survive through the 42 days of no work-Children,widows and single mothers and care takers of orphans are the ones affected most.

Many households in the slum communities of Kampala,Uganda's capital city live on "hand to mouth"and do not save for unforeseen cirmustances such as the pandemic.Those who were involved in the informal sector are nolonger working due to the closure of shopping malls,arcades and schools because most of them were clearners in the malls.

"When we get food from well wishers,we eat one meal aday,so that the food can take us for many days",said a 16 year old Girl from one of the slums.

At the start of July 2021,the government planned to give 102,425(USD 30.00) of covid-19 releif funds to about 501,107 beneficiaries who earn on a daily basis but are currently staying home due to the lockdown.While it was a good move to support the population,it remains insufficient for more than 41 million Ugandans.

Joy for Children-Uganda reached out some families in the slums of Bwaise and Kivulu in Kampala with essentail food itema that included 10 kgs of maize flour,beans,sugar ,soap,salt and cooking oil for the most vulnerable families.However, there are hundreds of people that are in urgent need for of food and medical supplies and financial assistance to inject in their ailing businesses.

Kindly donate today so that we can feed more families during these uncertain times. 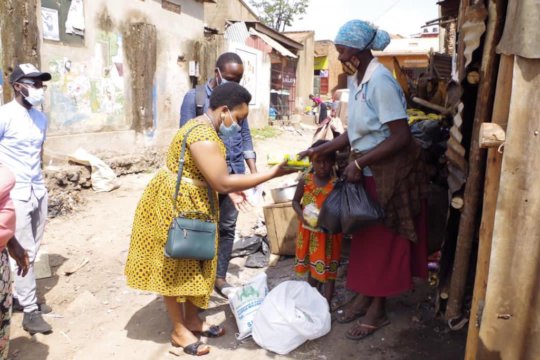 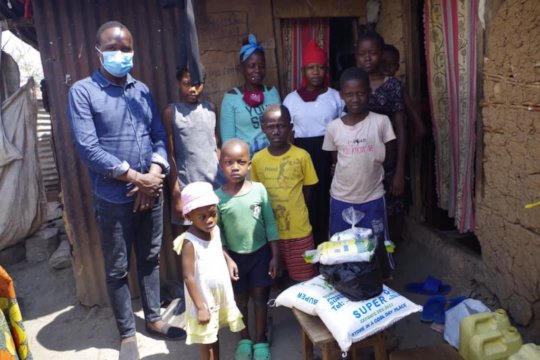 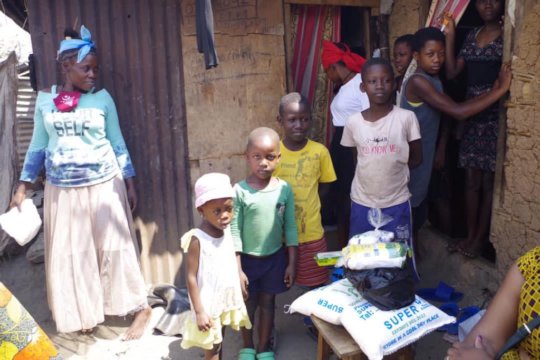 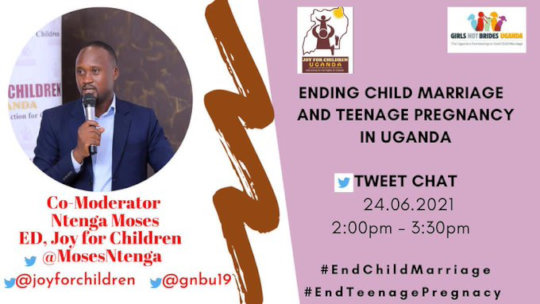 Uganda registered the first case of COVID19 in March 2020 which led to the closure of all institutions of learning. More than 15 million learners were sent home in response to manage the COVID-19 pandemic.

While Uganda has been grappling with cases of Child Marriage and Teenage Pregnancy at 35% and 25% respectively, the closure of schools and countrywide lockdown has precipitated violence against children including sexual abuse and exploitation. This has led to the surge in numbers of girls getting pregnant and those being forced into marriage. Child Marriage and Teenage Pregnancy are violations of children’s rights and expose them to unwanted pregnancies, health complications during delivery, risks of acquiring sexually transmitted diseases including HIV, interruptions in their educational progress, further precipitating the vicious cycle of poverty.

With a new lockdown in Uganda for more than 42 days, many girls are at risk of sexual abuse that might result into pregnancy and marriage. We need to take action; mobilize citizens to ask the government to prevent and respond to cases of Child Marriage and Teenage Pregnancy in Uganda. We also need to call upon the private sector, civil society organizations and all people of good will to take action to prevent abuse of girls.

It’s against this background, that we organized an online campaign dubbed tweet chat to End Child Marriage and Teenage Pregnancy in Uganda on Thursday 24.06.2021, 2:00pm to 3:30pm. The momentum will be sustained throughout the lockdown and leading into the 16 Days of Activism against Gender Based Violence and the National Girl Summit in November 2021.

Objective 1: Raise awareness about extent and impact of Child Marriage and Teenage Pregnancy in Uganda.

Objective 3: Programs and project in place to prevent child marriage and teenage pregnancy and supporting teenage mothers and married girls.

We had a set of questions in regards to Child Marriage and Teenage Pregnacy and below are some of the responses we gathered.

2.Who is most at risk of child marriage and teenage pregnancy in Uganda?

3. What laws and policies exist in Uganda against child marriage and teenage pregnancy and how effective have they been?

Uganda has also ratified a number of International Conventions aimed at the protection against human rights abuse and child marriage of the girl child including;

2. The National Framework for Adolescent Girls In Uganda.

3. The multi sectoral communication for development strategy for adolescent Girls in Uganda.

4. What can be done to protect Girls against Child marriage and teenage pregnancies during lockdown?

With comprehensive efforts of all key stakeholders,we strongly beleive the evil vice of Teenage preganacy and Child Marriage can be put on an end. 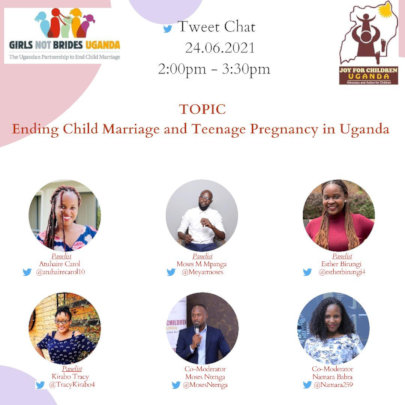 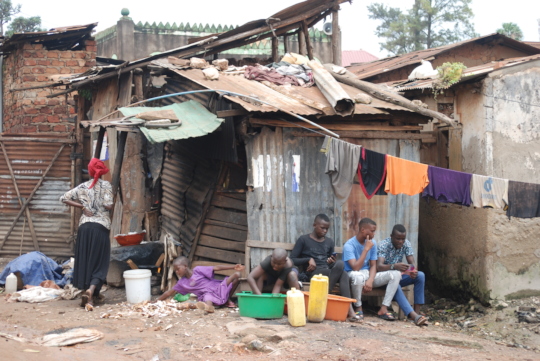 On Friday 19th, the president of the republic of Uganda,re -imposed a lockdown as part of an effort to prevent its COVID-19 surge from overwhelming the healthcare system. The lockdown is set to last 42 days and includes the closure of schools, open-market shutdowns, suspended church services, some travel limits, closure of both private and public transport among other restrictions.

The corona virus pandemic has brought hunger to millions of people around the world and Uganda is no exception. In the slums of Kampala, the country’s capital city, Children and women are most affected as most them live on hand to mouth. With the second lockdown being reins stated, there is so much worry among the households.

Uncertainty over food is building up, where daily-wage workers with little or no social safety net face a future where hunger is a more immediate threat then the virus. People continue to go to bed hungry, skip meals frequently, and are un able to afford nutritious meals because of low incomes.

Last year we were blessed to receive food donations for the vulnerable women and Children and the slum communities of Bwaise, Makerere Kivulu and Bukoto. Households received maize flour, Beans, Cooking oil and Milk powder to supplement on their daily meals.

Our campaign is still on to feed 1200 Children and 400 women during lockdown, kindly support our cause and donate. 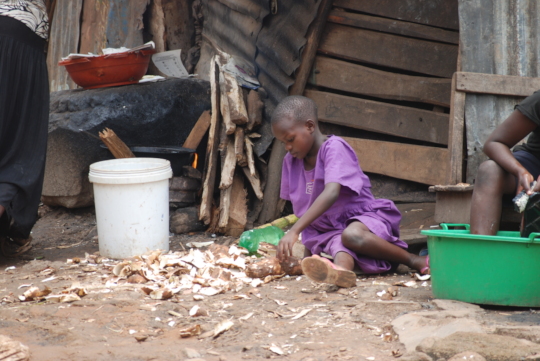 ‹ 1 2 3 4 5 6 7 8 9 ... 30 ›
WARNING: Javascript is currently disabled or is not available in your browser. GlobalGiving makes extensive use of Javascript and will not function properly with Javascript disabled. Please enable Javascript and refresh this page.