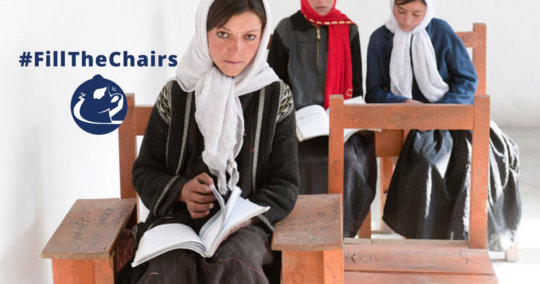 The morning of August 25, a 10 hour assault on the American University of Afghanistan by unidentified militants came to an end. Witnesses recounted that the attack began with an explosion, which allowed militants to breach the campus gate and enter the premises. Gunmen in plain clothes then attacked students, teachers, and staff.

Students and teachers reportedly jumped out of second-story windows and leapt walls in an effort to escape.

The University is a growing hub for Afghan intellectualism, and boasts more than 1,700 students (many of whom are women). It was not surprising then that the U.S. State Department labeled the incident “an attack on the future of Afghanistan.” Afghan President Ashraf Ghani also spoke out about the incident saying in a statement, this “will not only fail to shake our determination, but will further strengthen it to fight and eradicate terror.”

This assault on education and peace hits at the core of our mission and our hearts. Central Asia Institute condemns this heinous act in the strongest possible way. In this time of grief we would like to share our condolences with those families who lost someone and send our wishes for the speedy recovery of those who were wounded.

Newton’s third law states, that for every action, there is an equal and opposite reaction. Our reaction to terrorism and ignorance, is peace and education. So we are making a pledge.

For every student who was killed in this horrific attack, the global CAI family will provide a scholarship to send one student to school.

We cannot do it alone. We all grieve for the innocent lives lost. But grieving alone will not change anything. Let us fill the classroom chairs that are now empty.

The Guardian reports that at least 16 people lost their lives in the assault, including eight students and two professors, and dozens more were injured. These young women and men were the next Afghan leaders, the next Afghan peacemakers, and the best hope for a bright future.

Take a stand against violence. #Fill the chairs. The future of education in Afghanistan depends on the action you take today. 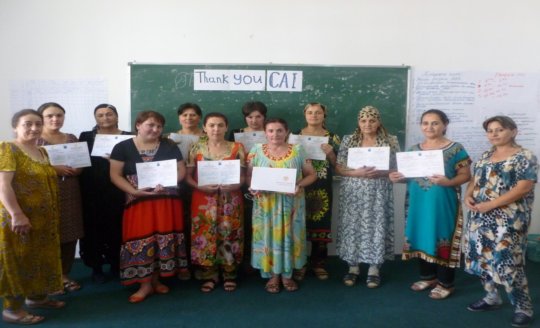 “They blow up our schools. They kill our teachers,” said Muhammad Asif, a teacher at Khodi Dust Girl’s Higher Secondary School, of extremists in the area.  He teaches in a remote, conservative village in Afghanistan’s Nangarhar Province.

“Things happen in other provinces and parents won’t let kids come to school for weeks,” he says.

The teachers of Khodi Dust kept telling Central Asia Institute that they felt the surest way to reduce support for militancy was education.

“Without school boys join fighting… We have to resist. There is no choice,” continued Asif. “The only way to prevent Afghanistan from going backwards is education.”

The school where Asif works accommodates 638 girls and 153 boys. The future of these 791 children is precarious, but with education their futures will be much brighter, especially if the girls are educated.

The impact is long-lasting. Young men and boys recruited by extremist groups are required to get their mothers' blessings before joining such an organization, or going on a suicide mission. So, girls who are educated - especially who complete secondary school - grow up to be mothers who are less likely to give their sons permission to pursue violent solutions.

The communities we serve are working tirelessly to provide their children with opportunities. Central Asia Institute will do no less.

To learn more about this issue and others be sure to sign up for our blog, Field Notes (https://centralasiainstitute.org/field-notes/) 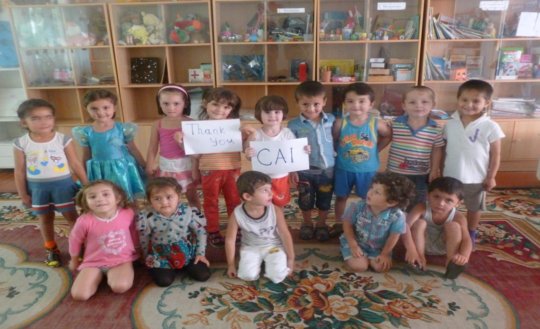 Korphe: The seed that grew into a movement 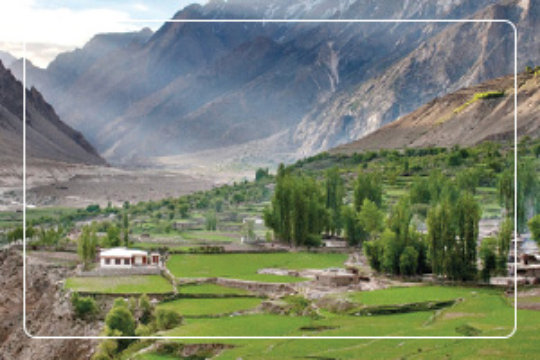 TWO DECADES ago a movement began at the base of the Karakorum Mountain range – peace through education, the mission of Central Asia Institute. It started in the small village of Korphe, but quickly spread across northern Pakistan, over the border into Afghanistan, and through the mountains to Tajikistan. In 2016, Central Asia Institute celebrates its twentieth anniversary. Since 1996 when CAI was formally founded, the organization has brought education to hundreds of thousands of people; built schools in some of the most daunting locations; dispensed financial aid to promising young women; trained midwives in the latest medical techniques so they could return to their hometowns to save lives and share their skills; taught women bookkeeping and vocational skills to help them supplement their incomes and thus provide for their families; and offered men and women alternatives to extremism, violence, and isolation. And this all began in the little town of Korphe, Pakistan.

THE NEXT PHASE IN KORPHE EDUCATION Over the next few years the community flourished and enrollment at the new school grew by leaps and bounds. The student body eventually became so large that village elders asked for additional classrooms. The school had reached capacity, with close to 200 students from Korphe and the surrounding towns of Munjong, Teste, Askole, Sino, Tsurungo, and Tongol packed into the small structure. Even taking class in shifts, boys in the morning and girls in the afternoon, was not enough. Consequently, last spring CAI set out to raise funds for an expansion. Thanks to your generous contributions we were able to build an extension – four new classrooms, an office for teachers, a boundary wall, and a playground. The Korphe school sits on donated land above the Braldu River. “The project was the most challenging of my life,” said CAI Baltistan Manager Mohammad Nazir. “Very hard work because roads were blocked, bridges washed out, porter problems, no Jeep available, no food, walking 13 to 16 hours, no water because of summer mud, and no skilled labor.” Despite the challenges, the building was completed last fall. Children returning to class in March will have a new building waiting for them. CAI sends our best wishes and chuk chuk (hand claps) to the people of Korphe and everyone, including you, who made this project possible. It seems so fitting that we will celebrate our 20th anniversary with such an amazing accomplishment in the village where the movement began so many years ago. We can’t wait to see what the next 20 years have in store!