Traveling to the field makes all the difference 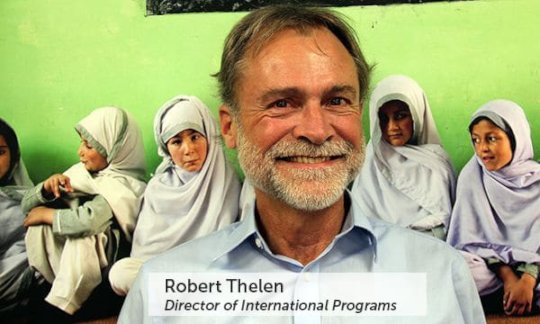 If you’ve read Three Cups of Tea, you’re aware that Central Asia Institute was founded on the belief that sitting down with people and drinking tea together is the essential first step to accomplishing great things. Without those face-to-face exchanges, change is nearly impossible in that part of the world. Relationships of trust must be built before plans can be drawn for a new school, a teacher receives training, or a child walks into a classroom to begin her education.

In the spirit of our founding philosophy, Robert (Bob) Thelen, Central Asia Institute’s new director of international programs, journeyed to Afghanistan and Tajikistan in November to meet with our partners, visit schools, and listen and learn from our colleagues on the ground and the people we serve. Bob is a veteran to international development work. He’s lived and worked abroad for a good share of his career including three years with an international non-government organization (NGO) in Afghanistan.

Despite his familiarity with the region, the trip this fall had its share of adventure, beginning with the flight from Kabul into Ishkashim district, a remote province in the mountains of northern Afghanistan.

“We couldn’t travel by ground because the roads aren’t secure. There’s a commercial flight, but that’s also not safe. So we flew in a six-seater plane run by a company that flies NGO staff into hard-to-access locations. I sat in the co-pilot seat with oxygen tubes in my nose – we all had them in case the pilot needed to fly higher to avoid turbulence over the mountains. We landed on a short and bumpy dirt runway. There’s only one flight a week.” The time and risks involved in the journey underscored for Bob why support from Central Asia Institute is so needed. “These are places that don’t get a lot of attention from the central government or the international community because they’re so remote and marginalized.”

A Young Woman Makes the Only Choice She Can 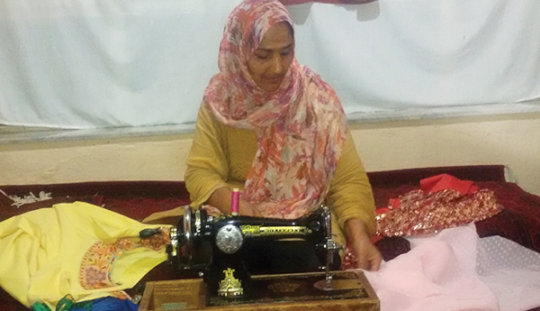 As a young mother in Afghanistan, Mah Jan shared the same worries as millions of women around the world who lack access to paid work:

How can I earn money for myself and my family?

How can I ensure a brighter future for my children?

How can I support the women and girls in my community?

Mah Jan’s story is typical of girls born into poor, uneducated families in Central Asia. Her childhood years were difficult. Problems at home forced her to drop out of school in the seventh grade. She married very young and soon found herself with six children. She was expected to stay home, raise the children, and do the household chores. So Mah Jan made the only choice available to her; she put her dream of getting an education on hold.

On hold, but not forgotten.

Hope came alive again years later when, at the age of 38, Mah Jan enrolled in a literacy and vocational training program funded by Central Asia Institute. She spent nine months improving her literacy skills, then focused her attention on learning how to sew. Within six months, she had completed a tailoring course and was hired by the program staff to teach tailoring to other students. 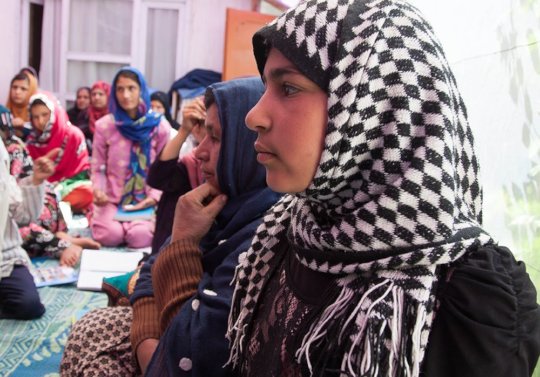 Earlier this year the United States commenced peace negotiations with the Taliban in the hope of ending its 18-year military engagement in Afghanistan. While peace is on the table, other pressing issues are also at stake, namely the future of Afghanistan’s women.

Of utmost concern among the Afghan people is the possibility that the Taliban might regain influence in their country. Memories of life under Taliban rule are painful and, with no women invited to the negotiating table, women’s rights are especially vulnerable. The notion that Afghanistan could return to the repressive regime of the Taliban puts fear into the hearts of Afghans everywhere, especially women.

Women in Afghanistan: the backstory

Foreign invasions, wars, and the rise of extremist militant groups have colored the landscape of Afghanistan for the last forty years. Through it all, the rights of women were often exploited, abused, and — in the case of the Taliban — all but destroyed.

Prior to the 1979 Russian invasion, the story of women in Afghanistan reads very differently. The life of an Afghan woman largely mirrored the life of a woman living in the West. The government was progressive, the culture was rich in ideas, and women were free to go to school and work. In fact, from the 1930s to the late 1970s, fashionable Kabul was known as the “Paris of Central Asia.” Women dressed in stylish clothing and wore make-up. One in two government workers was a woman. Nearly three-quarters of Afghanistan’s teachers were women, and 40 percent of the physicians were female. Up until the early 1990s, women were making strides in education, work outside the home, and economic independence. Economic and livelihood programs that supported women to turn their handicrafts and other skills into money-making ventures were widely available, even in rural areas.