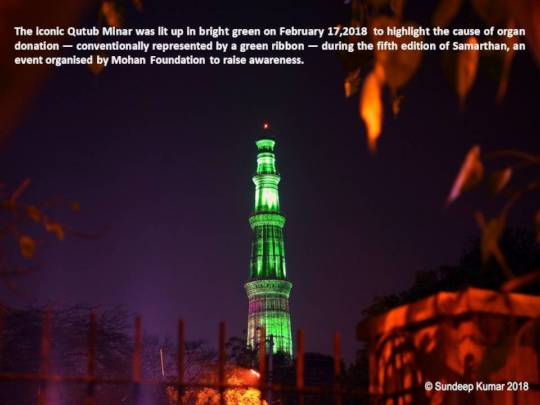 On 17th of February the iconic Qutub Minar was bathed in green to highlight the cause of organ donation, which is conventionally represented by a green ribbon.  It symbolized hope for those who are waiting for a second chance at life through transplantation. It reminded us of the men, women and children who have died waiting for a life-saving transplant. Most importantly, it conveyed our gratitude to Organ Donors and their families for giving the greatest gift of all, the gift of life.

At the event, the Foundation showcased an exhibition titled “Life before Ashes” - featuring human organ installations made from a mix of real human ashes and mud. The underlying message was simple but powerful – ‘What have become ashes could have been another human’s heart or kidney. If only the organs were donated.’

The foundation also released a film on “Counseling potential donor families” at the event. It is a film made by MOHAN Foundation on how the treating physician along with the Transplant Coordinator can approach a family to request for organ donation.

Given the fact the India has an abysmal organ donation rate of 0.8 per million population, ranking amongst the lowest in the world, there is a greater need for coordinated efforts between policy makers, public and private hospitals, NGOs etc. - this annual Samarthan event is an attempt by MOHAN Foundation to make this happen.

Metro Retro - A Celebration of Life

Metro Retro - A Celebration of Life- a first-ever musical event organised at a Metro Rail Station in India on December 3, 2017. The concert was organised by MOHAN Foundation in honour of its 20th anniversary, in celebration of its journey in giving the ‘Gift of Life’ through organ donation. The event was organised to celebrate the Golden Jubliee of the first heart transplant in the world and to acknowledge heart transplants being done in India more so in the state of Tamil Nadu.

Many said this was truly an event to remember, with its unique choice of venue for a music concert and to spread the message of organ donation. Around 80 people pledged to be organ donors and picked up a donor card.

Rangoli Competition at Metro Station for the promotion of organ donation

The theme of the Rangoli was (Indelible Designs) – Organ Donation. There were 13 pairs of students from 8 colleges of Chennai and 26 pairs of older women who created beautifully thought out designs to bring out the concept of organ donation. The youngest participant was 7 years and eldest was 62 years old. Nearly 100 people were present at the venue and many metro users came to see the rangoli and picked up donor cards

With the efforts of sarpanch (elected head of the village) and general secretary of the various villages a huge momentum has been created and till date 44 awareness sessions have been conducted in the villages of Sanganer and Jhotwara Panchayat Smiti. More than 4994 villagers got sensitized about the noble cause of organ donation. It was a successful event by MOHAN Foundation Jaipur Citizen Forum team because it ignited the sensitization moment for the rural public of Rajasthan. This is a start of a journey to reach out to the grass root level to sensitize them about the cause of organ donation.

A group of likeminded people started awareness rally on organ donation from Kashmir to Kanyakumari on bikes. All of them were women, and the title for the rally was “BE THE CHANGE”. Throughout the journey, they spread awareness on organ donation through distributing donor cards and information brochures.

The group visited MOHAN Foundation offices on their route to clarify doubts and picked up donor cards and information brochures.

MOHAN Foundation was approached by EPOCH Brand Services Pvt. Ltd. a brand activation and event management company to organize organ donation awareness talks for the employees and officers of Central Bank of India across their offices in India to commemorate the completion of 107 years of the bank. A total of 13 awareness sessions were carried out in the cities of Chennai, Delhi, Chandigarh, Mumbai, Hyderabad and Kochi. Nearly 650 staffs of Central Bank of India were sensitized and 470 of them pledged to be an organ donor. This is a huge feet considering that when one staff is trained then there family is also trained.

A two-day international workshop on Futuristic Healthcare Technology: Telemedicine and Medical Drones were held on 16th and 17th December 2017 at Apollo Children’s Hospital, Chennai. It was organised by National Design Research Forum (NDRF), Bengaluru and the Institution of Engineers (India) in association with Apollo Tele Health Services (ATHS) and National Institute of Advanced Studies. Dr. Sunil Shroff, Managing Trustee, MOHAN Foundation is on the National Advisory Committee for these workshops and was invited to moderate the panel discussion. The workshop was well attended with engineers, scientists, technologists, transplant surgeons, doctors, and tele health specialists participating.

The aim of the workshop was to look at how healthcare delivery could be augmented by leveraging advances in interdisciplinary engineering practice to develop affordable and innovative medical and healthcare devices. Access to better and appropriate technologies to match the health needs of the population (especially in rural and inaccessible areas) would enable disease prevention, early diagnostics, and effective treatment. 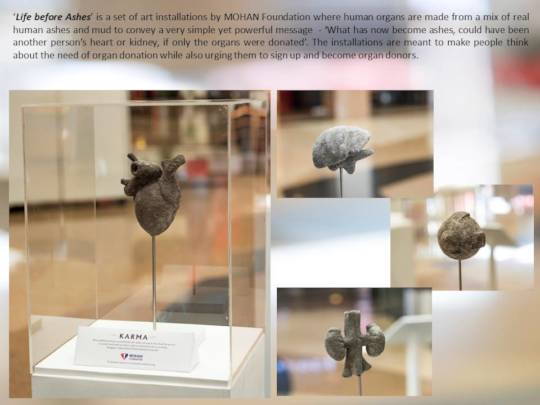 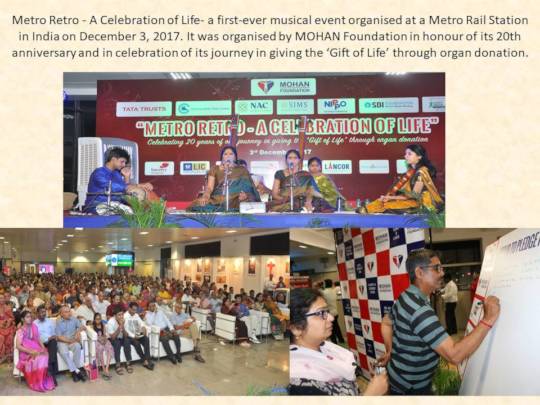 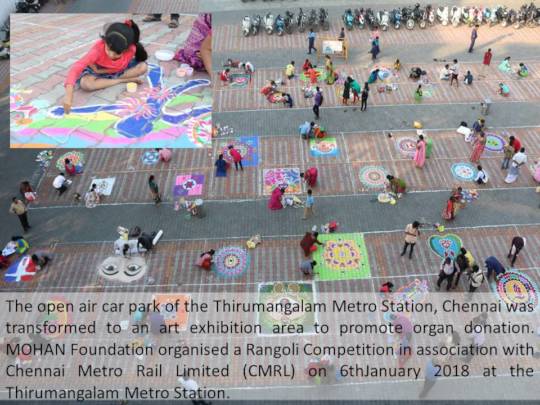 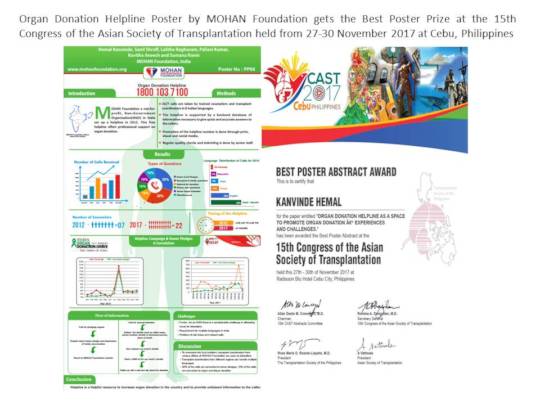 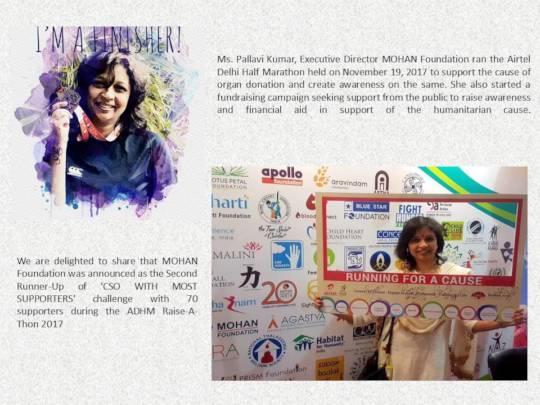 Awareness through Airtel Delhi Half Marathon 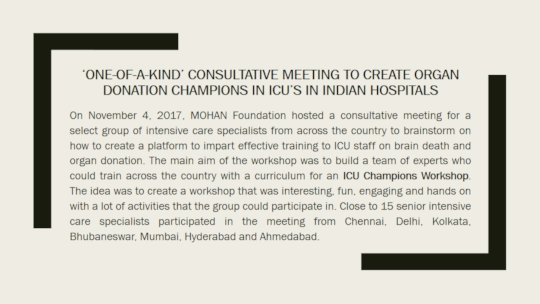 MOHAN Foundation across the country made many creative efforts to create awareness to boost organ donation.

Ms Pallavi Kumar (Executive Director) ran the half marathon ( 21K) in one of the most landmark running events in Delhi - Airtel Delhi Half Marathon- in order to create awareness on organ donation. The event attarcts close to 40000 runners from across the country.

The Rajasthan office has undertaken a massive drive to create awareness on organ donation at the village level. The initiative aims to cover a population of 10 lakh peple across 142 villages.

MOHAN Foundation won the prestigious PoleStar Social Impacts Award 2017 in the Health category for its outstanding contribution to the cause of organ donation in India. 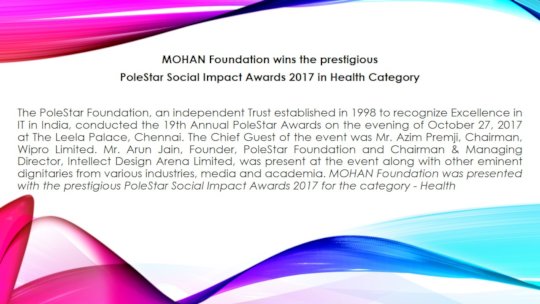 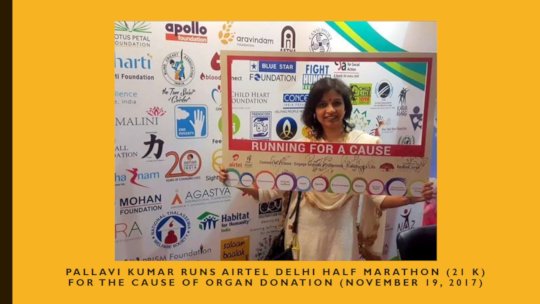 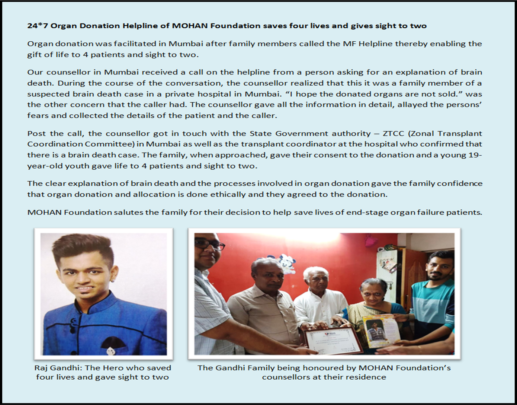 On August 11, 2017, an MOU was signed between MFJCF (MOHAN Foundation – Jaipur Citizen Forum) and India’s leading Hindi newspaper Dainik Bhaskar. Under this MoU, Dainik Bhaskar will publish articles to promote organ donation with the help of MFJCF. It is hoped that this initiative will revolutionize information dissemination on organ donation.

Awareness talks at schools in Partnership with TOI

Every year, Times of India (TOI) organizes various awareness sessions on organ donation in different schools across Delhi-NCR in collaboration with MOHAN Foundation as part of a special campaign supporting organ donation. This is TOI’s fifth consecutive year of doing this campaign with MOHAN Foundation being its knowledge partner. The 13-day long campaign starts on August 1 and culminates on August 13, TOI’s designated organ donation day. Close to1000 students were covered this year through this campaign.

MOHAN Foundation is a knowledge partner for the NDTV FORT "More to Give"- a campaign focusing on sensitizing the nation about the need on stepping up to donates organs for saving lives. NDTV is a leading English news channel. As part of this, ground events were organized in Chandigarh, Chennai, New Delhi and Mumbai on August 6

MOHAN Foundation invited Transplant recipients, Donor Families as well as persons on the waiting list, waiting to receive a life-saving organ. They shared their stories which were aired live by NDTV. A few of its volunteers were also part of the event wherein they reached out to the passers-by, spread awareness and helped them take the Pledge.

As part of the event, many students participated in a poster making competition on Organ donation. Flash mobs were organized and street plays were done to sensitize people about organ donation

Diverse training programs across the country

The faculty enlightened the participants on the Role of critical care teams in organ donation and importance of early identification of brain death, Brain death certification protocols, Difficulties in brain death testing, donor optimization, Importance of involving all stakeholders in organ donation, Progress of organ donation in Maharashtra, Grief counselling of family, Concept of Donation after Cardiac Death (DCD) and Brain death in children.  The program also included a panel discussion on Brain Death: Unified diagnosis of death, documentation, legal aspects, conflicts as well as a position paper on Guidelines for Donor Maintenance in Hospitals was launched at the event.

Summit on Organ Donation & Transplantation in Children in partnership, Gurgaon

On July 29, 2017, Fortis Organ Retrieval & Transplant (FORT) in collaboration with MOHAN Foundation under the aegis of National Organ & Tissue Transplant Organization organized a Summit on Organ Donation and Transplantation in Children.

Doctors from Spain, UK, USA, Australia, and India came together in the first such summit in the country and discussed ways to take it forward. The summary and recommendations from the discussions are being documented and will be presented to the Government of India.

Under the aegis of National Organ & Tissue Transplant Organisation (NOTTO), Directorate General of Health Services, Ministry of Health and Family Welfare, Govt. of India, MOHAN Foundation conducted a One Month Transplant Coordinators’ Training Programme from May 3-27, 2017 at MOHAN Foundation, Chennai. A total of 31 candidates from Assam, Uttar Pradesh, Odisha, Rajasthan, Gujarat, Maharashtra, Andhra Pradesh, Kerala, Puducherry and Tamil Nadu were present. The participants hailed from various professional backgrounds such as Social Workers, Dialysis Technologists/Technicians, Nurses, Hospital Administrators, Doctors, ICU Staff and Transplant Coordinators. They received their certificates with a unique registration number from NOTTO. The training had eminent speakers from Tamil Nadu, Andhra Pradesh and Delhi (via Skype). This was the 8th one-month training programme conducted by MOHAN Foundation and the first in partnership with NOTTO. The training was supported by Tata Trusts.

Angels of Change is a unique program where select volunteers from different walks of life are taken through a customized training module to enable them to undertake awareness initiatives on organ donation amongst various audiences.

The City of Joy, Kolkata, had its first batch of “Angels of Change - Volunteers for Organ Donation” trained by MOHAN Foundation on June 20 - 21, 2017 at Techno India University in collaboration with Anthyesti Foundation, a local NGO in Kolkata.

The training program was attended by 19 participants from varied backgrounds: First-year students from Techno India University pursuing a course in Hospital Management, Life Members of MOHAN Foundation, representatives from Swadheen Foundation in Guwahati and from Anthyesti Foundation.

Chennai office displayed a phenomenal performance by training 7 batches of Angels of Change in the months of June, July, and August. A total of 201 volunteers comprising of medical students, engineering students, school students, life members and National Service Scheme volunteer were trained. Many of them have continued to promote the cause of organ donation through awareness talks, public surveys, skits, posters, and poem being few of the ways.

On August 9, 2017, MOHAN Foundation Delhi-NCR office conducted Angels of Change (AOC) Volunteers for Organ Donation Training programme for Air India Staff. While two of the volunteers were retired cabin crew members, the other two are still serving. They aim to sensitize trainees undergoing to be a crew member by involving an awareness talk on organ donation in the training curriculum 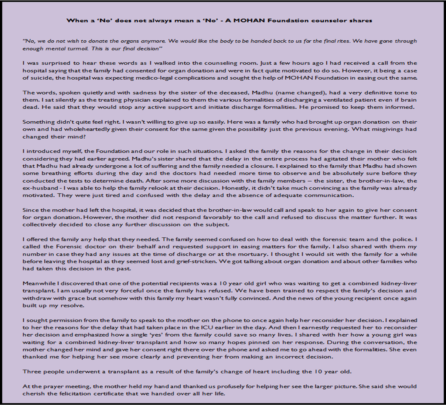 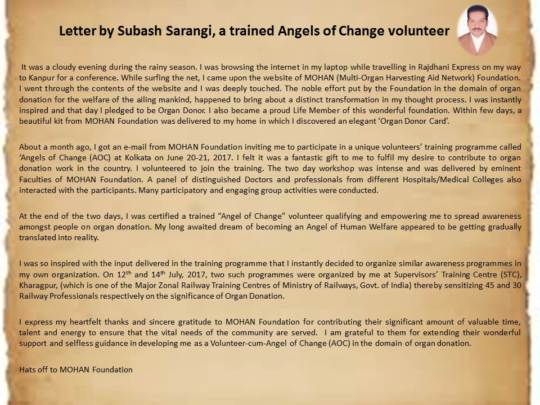 Letter by an Angel of Change trained volunteer 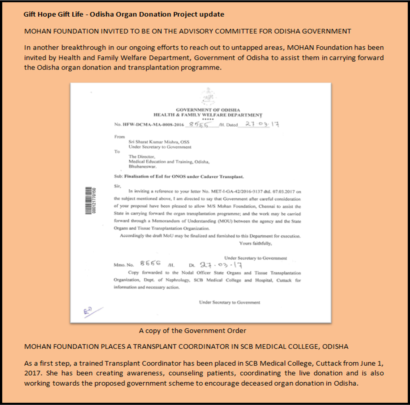 Making a presence in Odisha 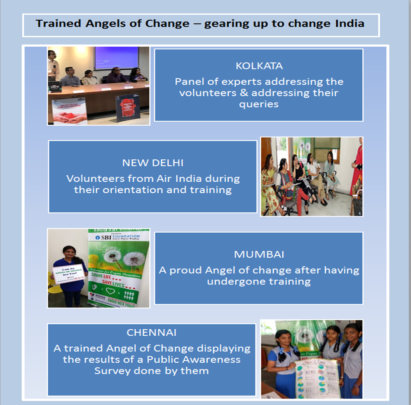 Angels of Change gearing up to change India 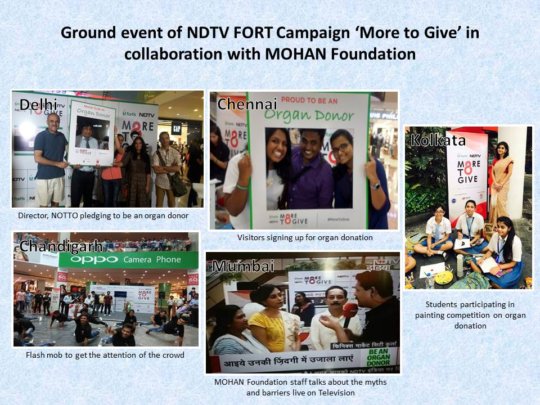