It's never too late to change a life 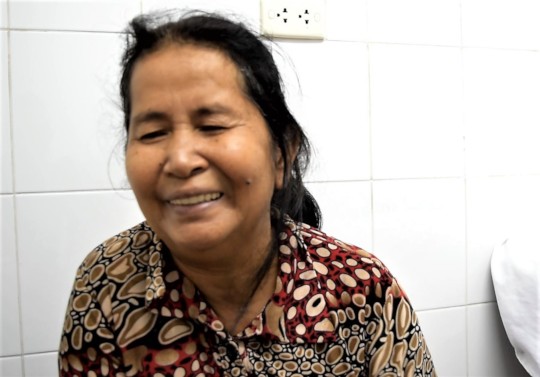 In 2018, Sihanouk Hospital Center of HOPE had the honor of treating nearly 50,000 patients.

One patient we met last year exemplified  why our work is so important, and why we must continue to fund this life-saving health service. That patient is Ms. Thong, and your donation went to funding her treatment as well as the treatment of countless other Cambodians. Thong was shot by a Khmer Rouge soldier while planting rice in an attempt to feed her family. It was 1979, and after four years of genocide and near-starvation, Thong was desperate to survive. She did survive, but struggled for another 40 years to find a hospital that would remove the Khmer Rouge bullet from her hip.

Click here to learn about Thong's survival during the Khmer Rouge genocide, and her long journey to recovery.

Thank you for your continued support, and for your committment to changing even more lives in 2019. 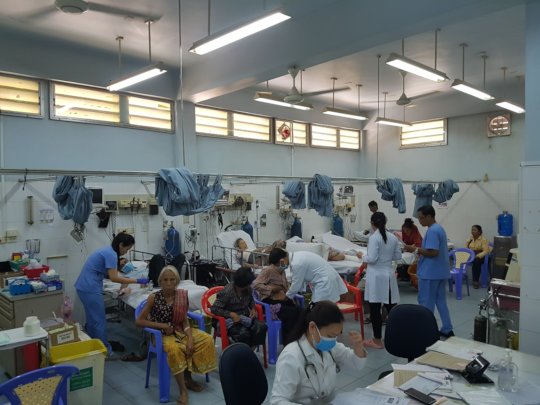 What a busy few months we've had here at SHCH!

Cambodia is in the midst of rainy season which, much like winter in the colder parts of the world, brings about colds, flus, infections and aches. Our outpatient department is seeing hundreds of patients per day, reaching capacity nearly every single day! Around three quarters of these patients require financial assistance, hundreds of them needing 100% free care.

Your donations have gone to providing the free, quality treatment that these patients require. Without you, we would struggle to keep up with rainy season demand. Thank you for your donation and we look forward to keeping you up to date with our successes.

Stay tuned for the next report which will cover our second annual Breast Cancer Day, scheduled for 2st October. 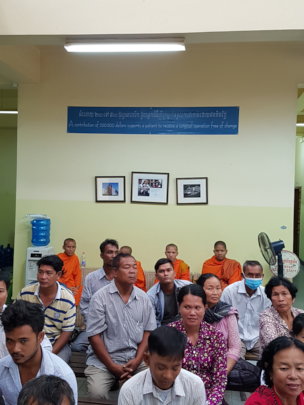 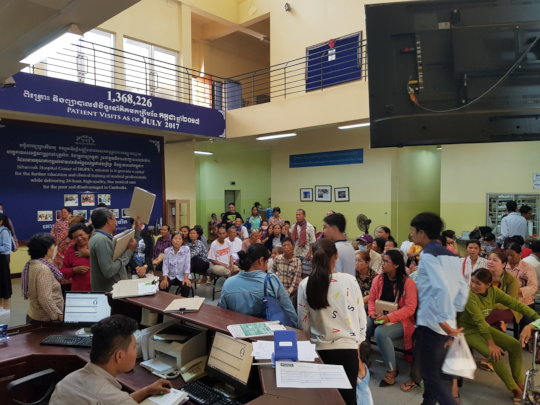 The waiting room buzzing with patients and staff
Dec 27, 2017 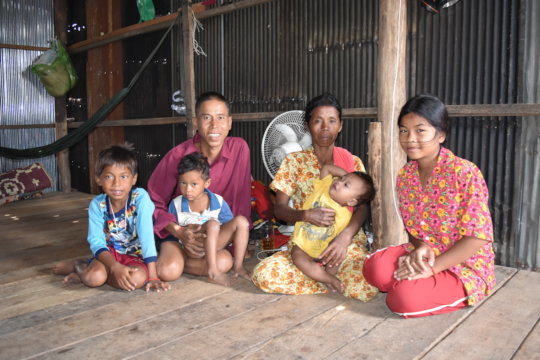 Koerng and his family in their one-room home

It is with a heavy heart that I must inform you the Home Care Team project is ending. Every year for the past 10 years, HCT has supported 400 Cambodian families effected by HIV. Since 2007, the team has helped communities fight stigma, helped people living with HIV find jobs, helped their children attend school, and helped families regain their strength.

As we speak, team members Chhavelith, Chanta, Pu Vichet and Mith are wrapping up their cases and referring patients to appropriate resources. They are bidding farewell to the communities they have joined and supported as part of the Home Care Team.

As you may already know, funding for HIV projects in Cambodia is dwindling. Home Care Team was lucky to be one of the last remaining community HIV projects here. Unfortunately, our major donor had to pull funding at the last minute, leaving the team without a backup and without the means to continue the work. We are hopeful that in the future, funding can be secured again and the project can be re-instated. I have seen first-hand how valuable this resource is to the community.

Just two weeks ago, I joined our outreach team to meet one of the most remarkable cases of TB/HIV recovery I've seen in my entire career. Koerng, 37 years old, had suffered from HIV/TB coinfection with no support for far too long. With 4 young children to support and a wife also living with HIV, Koerng was distraught and overwhelmed from being unable to support his family.

When he was referred to the Home Care Team, he was rail-thin, unable to work, and emotionally and physically exhausted. His wife was convinced her husband would soon die, and she had begun preparing for the worst.

In just a few short weeks, Home Care Team connected Koerng to appropriate treatment to fight off his TB infection. The family were provided with nutritonal support - especially vital for Koerng to regain his strength - and Koerng made what can only be referred to as a miraculous recovery.

While the project will be ending and the loss to the community is palpable, it does not change all of the incredble work that has been done in the past 10 years. Patients like Koerng would likely not have survived without Home Care Team. For every dollar you've donated, you made a difference. You prolonged the project just a little bit longer, and you saved lives because of that.

From the bottom of our hearts, 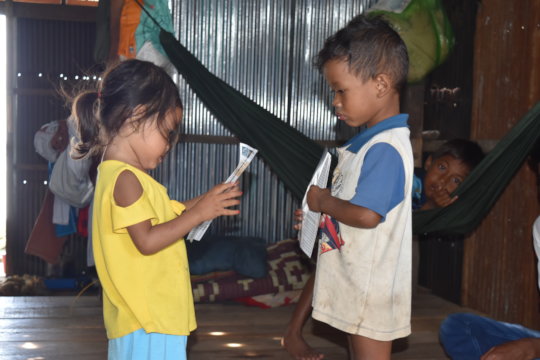 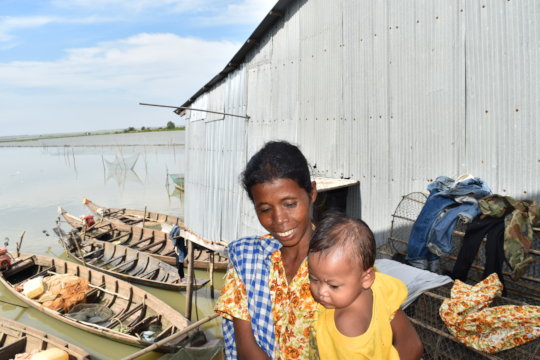 Mom and the youngest standing on the back porch 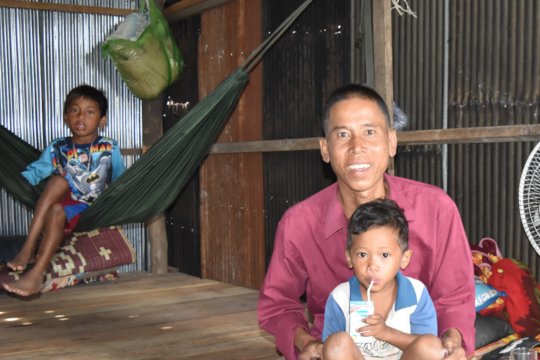 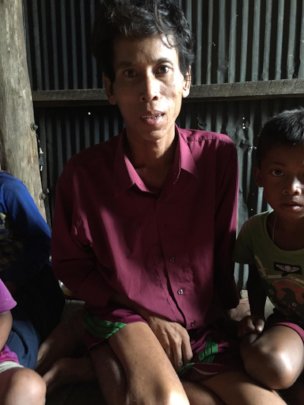 Koerng on the day he was referred to the team
‹ 1 2 3 4 5 6 ›
WARNING: Javascript is currently disabled or is not available in your browser. GlobalGiving makes extensive use of Javascript and will not function properly with Javascript disabled. Please enable Javascript and refresh this page.