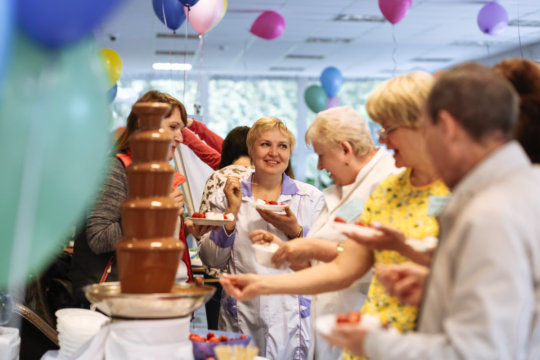 This year summer in Moscow was unusually cold and rainy, but we tried to make the best of every sunny day. At Degunino district hospice volunteers painted the benches in the garden. At Rostokino they brought rare plants for the hospice garden: bergenias, hydrangeas, Korean fir and many others. They even developed a real planting plan initiated by volunteer landscape designer Natalia.

In June all Moscow hospices celebrated the Day of care providers. Our coordinators and volunteers organized beautiful holiday at every hospice of Moscow. The patients enjoyed the holiday concerts and tasty treats, and the event was very important to the staff. When our coordinator congratulated doctors and nurses and told them kind words thanking them for their titanic work, they burst into tears because for the first time in feefteen years of their hospice work someone celebrated their efforts and input.

Life of Zelenograd hospice is full of events. Our coordinator has been busy trying to involve the local community – now this hospice already has volunteers who regularly bring flowers from their gardens, bake pies for the patients and demonstrate their talents at concerts. One of the patients said it felt more like maternal home than hospice here because here of all the love around.

At Rostokino hospice patient Tamara and her husband celebrated sixty-fourth wedding anniversary surrounded by the volunteers, coordinators, nurses. Two years after they met they had been writing each other letters, and in the summer met on holiday in Chisinau. And when the correspondence stopped and they were unable to agree on the next meeting. Vladimir came to Chisinau and found out that Tamara was in Kiev. Without thinking, he went to Kiev. A week later they decided to get married — and since that day they never parted. Now Tamara is in hospice and Vladimir is near her, like all the years before that.

At Degunino hospice a new tradition and became very popular among the patients. That is holding poetic evenings. Last time professional reciter and actress took part.

As you can see, this summer at Moscow hospices was full of events and now we’re preparing for autumn and hoping tto have a few more sunny days for picnics and outdoor walking.

Our foundation has been spending the average of 149775,89 $ to cover for the following needs of Moscow hospices: 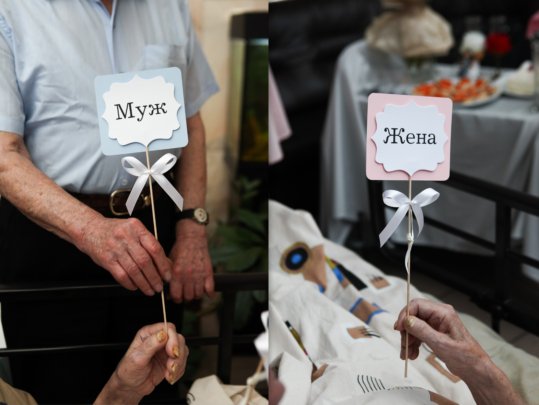 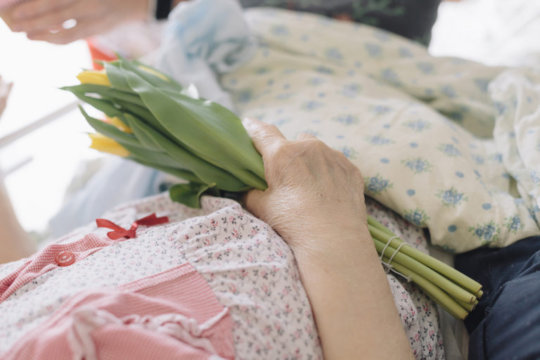 In March the process of creating one system of end-of-life care provision for all hospices came to conclusion. All Moscow hospices are now united with the Center of Palliative Medicine. This has been a significant work in cooperation with Moscow authorities. The results of this joint effort will allow apply unified quality standards and provide charitable support to all hospices in Russian capital.

In Degunino, a new and beautiful post for nurses has been equipped.  Also, new water coolers were installed, which is a great deal for a hospice. Throughout the winter, employees and patients drank water, filtering it through jar filters, which was very inconvenient, and the quality of water left much to be desired. And most importantly - it took a lot of time, which one simply doesn’t have to spare, when needing  to quickly brew tea for a  patient or just pour clean water for them.

For the Zelenograd hospice we bought beautiful, comfortable summer utensils, which the staff and patients had been waiting for. Another innovation for Zelenograd hospice was the new stress relief room  was arranged, with all the necessary furniture to create a cozy atmosphere.

In March, we celebrated Maslenitsa was held in all hospices. A real holiday was organized for the patients of the Moscow hospices and their relatives.. In addition to treats in the hospice, the first weeks of March came with performances by the choir "Ozarenie", ensemble "Bereg", etc.

On March 9, we organized a lecture by Dutch palliative approach expert Frédérica de Graaf  "How to behave with a departing patient. What to do and what to say. How to communicate with the patient's family. " The lecture was attended by 80 members of Moscow hospices nursing staff.

The second module of the basic course on kinesthetics (with the first one held in February) was held at the MRC from April 18th to 21st by Barbara Hunel. Participants of the module are nurses of the MTC, coordinators and volunteers.

On April 6, the three-time Olympic ice hockey champion, president of the Russian Hockey Federation, Vladislav Tretyak celebrated his anniversary. He decided to transfers all the 250 bouquets presented to him to the Moscow hospices.

In May, First Moscow Hospice along with others celebrated the Victory Day. For many patients, this Victory Day would be their last. And we made sure those who’d been through the terrors of WWII did not feel neglected. There were treats and small gifts, music and stories. One volunteer brought an old gramophone! Listening to the cracking sounds of old records seemed to have taken everyone a few decades ago. Veterans cried to  the "Roads", "Katyusha", "Dark Night" and other songs which reminded them so much of hardships and excitements of their youth.

In June, Degunino hospice celebrated its 15th anniversary. The holiday was vocal, joyful, and delicious. We grilled kebabs in the fresh air, taking the patients who were up to it and their visitors outside for the day. With a little help from the weather department, this turned out to be a real summer picnic.

On 8th of March, a widely celebrated in Russia Women’s’ Day, we invited volunteer beauticians to  Second and Sixth Hospices. They offered  make-up sessions, manicure and massage to patients and their visitors.

In early April  students of the Moscow Innovation Institute arrived to Degunino hospice. Along with our regular volunteers they cleaned and rearranged the territory after the winter.

Rostokino hospice also underwent a large-scale cleaning of the territory, and a concept for the greening of the hospice was developed.

"Thanks to our wonderful volunteer program, we have greened the chambers - we have planted plants, now they have them, and who should take care of them”, says Vera’s coordinator for 5 hospices. “The volunteers also dismantled the archive and warehouses. They’ve done an incredible work! And patients get great pleasure from communicating with volunteers, who always find the time, energy and emotions, to be around, to listen and communicate.” 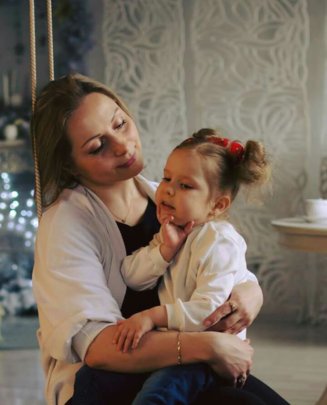 Over the past three months we have rendered help to 220 terminally ill children all over Russia, and their families.

The total amount of expenditures for the period is $368,421, which we used to provide for the needs of children with severe and incurable genetic, neurological, oncologic and other conditions.

Below are some examples of what families with terminally ill children may need and are most likely unable to afford and what Vera is there to help them obtain.

Every day we receive thank you letters from mothers and fathers of the children we’ve been supporting. Those words of gratitude are addressed to you too. We’d like to share one of them with you:

“On behalf of our family I want to express our deepest gratitude to you! With your help, our life has become easier. You’ve brought relief into it. Something we stopped hoping for a while ago. When Vera helped us get a good pulse oximeter and a portable aspirator, it wasn’t just my children who started breathing lighter, it was me too. Since my husband works all the time, I am busy taking care of children 24/7. Whenever we needed to go out, this would turn into heavy work for me: dressing the children, taking them it in turn to the car, and then carrying the heavy and large aspirator (not to mention the voltage converter). I often found myself breathless after this venture. Once we got a portable aspirator, my life has changed”. the family Mom

Please, know that none of this would be possible without your help and that the only way for us to be able to respond to the needs of these children and make sure their quality of life is provided at the best level possible is with your donations.

With gratitude and warm regards, 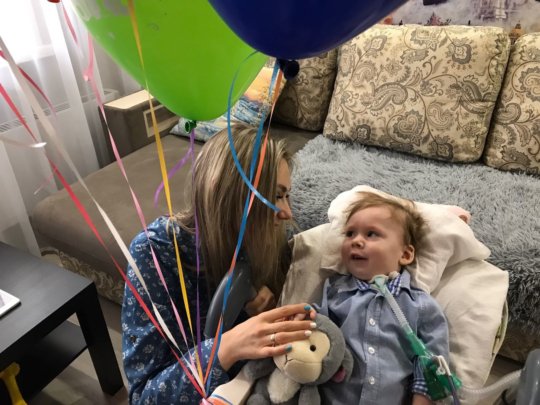 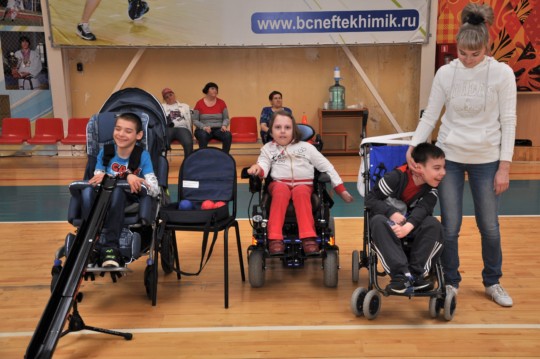