"Medicine from Kudvumisa is powerful!" 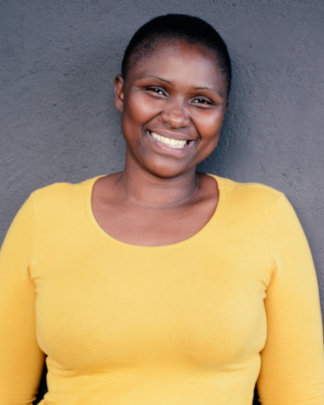 But in reality is the medication being dispensed at Kudvumisa any different to that from other health facilities?

“The truth is that the medication we give here is the same as that issued by other clinics and hospitals. Imagine even pills like Panadol people think are different yet they are the same,” added Hlobsile.

If Kudvumisa was a company operating in the private sector where people’s lives were not involved the organization could have taken advantage of the public’s misconception that they offer better or more potent medication. But because the organization’s aim is to help the vulnerable groups alongside the government, they have shown great ethics by continuing to inform and educate the people that the medication is the same as that given by other clinics.

“We continue to tell them that the medication is the same because we don’t want them to be stuck during the weekends or on public holidays. That way they know if there is an emergency they can go to the nearest clinic or hospital without having to wait for Kudvumisa!” Insisted Hlobsile.

Commenting on this huge misconception by the general public, Kudvumisa medical director Teresa Rehmeyer said, “I think that it is the way in which the patients are treated that makes them feel that the medications are more potent. It is delivered with compassion and love.”

The staff at Kudvumisa have on a regular basis been lauded for showing love and compassion to the patients. This is a direct result of the culture of deliberately being friendly to patients that has since become part of the organization’s DNA. 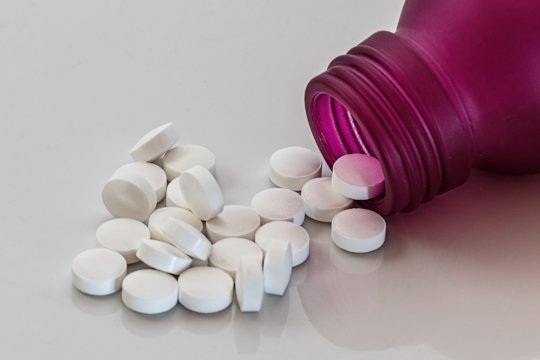 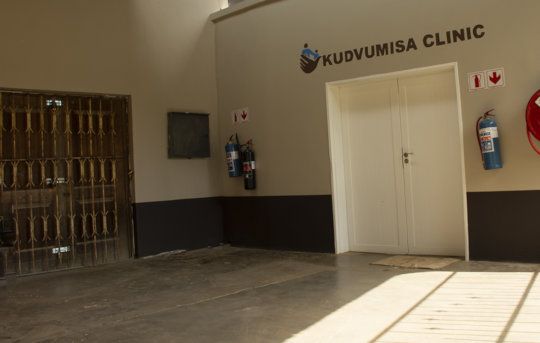 The brand new clinic in Maphiveni

Maphiveni Clinic Has Solved At Least 5 Problems for Residents

If a stranger to Maphiveni had seen Emily talk and giggle while sitting on the bench with another woman, he or she wouldn’t have believed that she was actually a patient at a clinic. This is the kind of joy that Kudvumisa Foundation has brought to Maphiveni by establishing a clinic in the area.

“We want this clinic to grow and become a big hospital where we can be admitted!” says Emily, a cheerful 56 year-old woman from Maphiveni.

Although the clinic is yet to be completed, Emily already has an ambitious vision for her community. She wants the facility to grow into a fully-fledged hospital. Meanwhile, Emily couldn’t hide her relief at having a professionally run clinic in her neighborhood. With confidence she explained that apart from getting medical attention, the introduction of the clinic has solved many other problems ranging from transport money challenges, cost of lunch, and long hospital waiting periods. On top of that, the Maphiveni clinic has brought the residents a lot of convenience.

Firstly, the clinic is located deep inside rural Eswatini servicing mainly the poor and marginalized peasant farmers. Its location has given the needy population easy access to high quality medical assistance. This has come as a huge relief to the underprivileged villagers. Before they had a clinic at Maphiveni, the residents had to travel to Good Shepherd hospital some 50 km away, something that can be very taxing for a sick person. Therefore Maphiveni clinic has brought convenience as many people from the area just walk to the health center and get medical assistance whenever they want.

Apart from being convenient, the facility has helped residents like Emily who struggle to even have a decent meal per day to get medical attention without forking out a cent on transport. The truth is for most rural dwellers getting money for transport is a luxury and one would be very lucky if they are able to scrounge from their equally poor neighbours. That challenge according to Emily has been eliminated with the coming of the Kudvumisa clinic.

Another point that Emily highlighted is that before there was a clinic at Maphiveni she always needed money for lunch whenever she travelled to Good Shepherd hospital. But now the story has changed as the clinic is just a stone throw away from her home. “I no longer need money for maheu!” said the ecstatic Emily. Maheu is a local non-alcoholic beverage that qualifies as a food and drink combo because of its ingredients.

Last but not least, the new clinic at Maphiveni although it’s not yet fully functional has won the hearts of residents because of the efficient service being rendered by the staff.  Emily says that her average waiting time is between 15-20 minutes which is a relief for someone that was used to spending hours and hours waiting in a hospital queue.

Therefore the setting up of a clinic by Kudvumisa at Maphiveni has not only solved health access issues, but also helped the poverty stricken communities cut on transport costs, food costs and waiting time at health facilities.

Emily is grateful to everyone that is supporting Kudvumisa Foundation: “They have a good vision and without them we wouldn’t have this clinic. We thank them very much and may God bless them!” 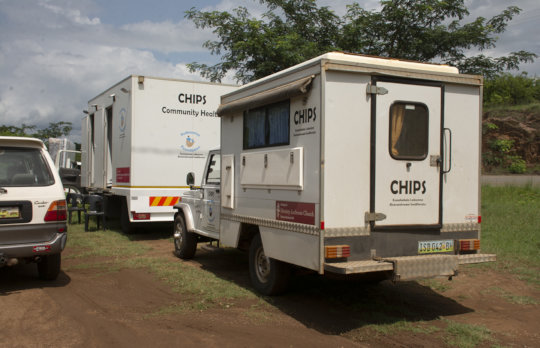 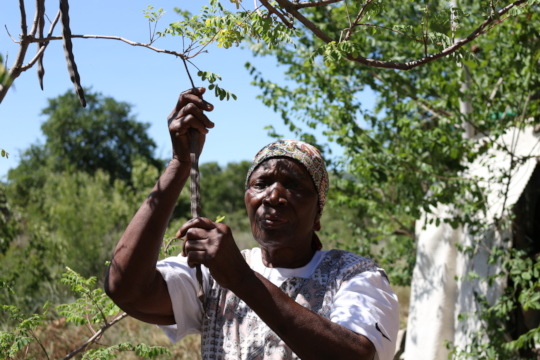 A number of older people like Gogo (Grandmother) Mabuza benefit tremendously from Kudvumisa Foundation’s economic development projects. One of the ways is to help people support their families by buying moringa seeds they harvest from the trees at their homestead. As the African lifestyle dictates, when you get old there is nothing much you can do to support your family, because you lack strength to work. So many older people end up relying on government grants that they receive every three months. These grants can barely sustain them for the next three months. They are very small and never enough. Gogo Mabuza, one of the elderly people from Maphiveni community who has moringa trees planted at her homestead, says that even though she does not have strength to do hard work for pay any longer she now finds selling moringa seeds to Kudvumisa as a secondary source income beyond the government grants. It helps her live a better life and be able to meet her family’s basic needs even when the government grant is finished. This small business sustains the provision for her to support herself, her granddaughter and grandson’s lives.

Moringa seeds are produced annually from moringa trees. In the eastern part of Eswatini, there are many moringa trees. People collect the moringa seeds when they mature and become dry and sell the seeds to Kudvumisa. Kudvumisa weighs the seeds and pays the people who bring them per kilogram. What they earn helps change their lives as they are benefiting from earning extra money. Kudvumisa presses the seeds in an oil press to produce the moringa oil. The moringa oil is sold to companies in town who use it to produce natural skin creams.

The people in Maphiveni testify that the income generation project helps meet their basic needs. Currently they are providing for their families. Kudvumisa needs additional support to keep this going on and to move to sustainability. 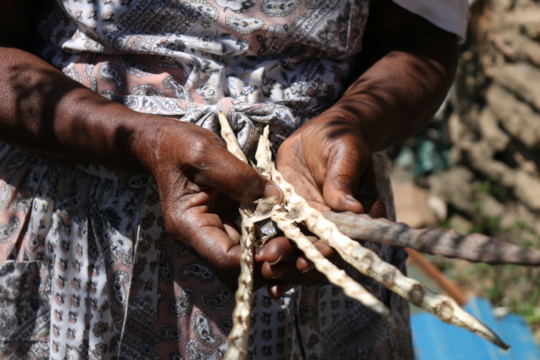 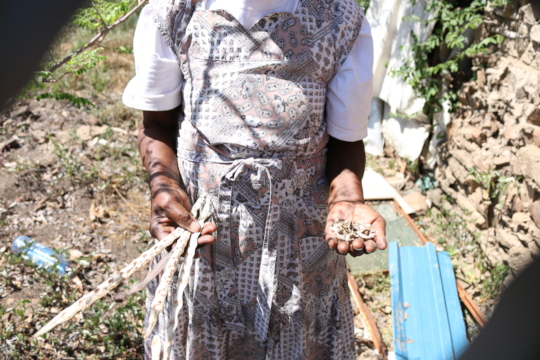 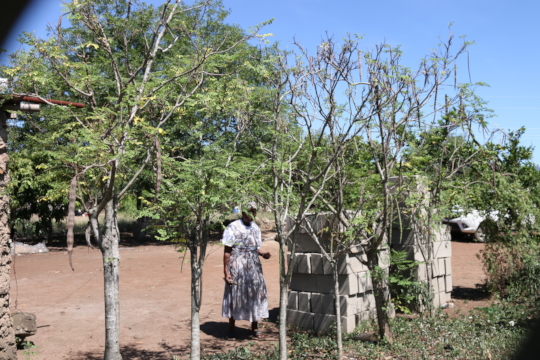 Gogo at her homestead 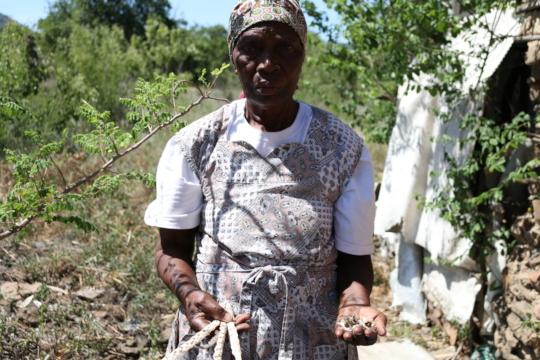 Gogo showing off her moringa seeds and pods

‹ 1 ... 6 7 8 9 10 11 12 13 ... 25 ›
WARNING: Javascript is currently disabled or is not available in your browser. GlobalGiving makes extensive use of Javascript and will not function properly with Javascript disabled. Please enable Javascript and refresh this page.