"Throw Away" Animals Get Second Chance

Your incredible support and help allows us to do so many amazing things and allows us to see amazing turn arounds with our most in need animals!

There is never a shortage of dogs and cats who need our help, but there is a drastic shortage of funds.  In order to continue to provide for them and give them the care they need, your help is more vital than ever!

One of our incredible turn around stories from this year is Kane.  He was found abandoned on the streets by a family who wanted to rescue this poor boy from certain death. He was so frail and underweight!  His bones protruded through at every angle!  The family that found him wanted to help him because they believed, as we do, that he deserves to find the forever home that makes up for all the neglect he’d suffered through alone for so long!  They brought him here where he’s awaiting that chance.  How could we say no to helping an animal in such desperate need?

These are the animals that you can help every single time you choose to donate to our shelter.  Every contribution from you brings one of these in need animals closer to full health and a forever home.  Working step-by-step with us through your generous contributions is the reason we can do what we are with these fantastic dogs and cats.

Fiona was another such baby who was found at a local kill shelter.  She had a contagious form of mange, she’d had a litter of puppies, and, to top it off, she was heartworm positive! Those expensive medical bills are all costs the shelter took on in order to help save this poor girl!  She was in bad shape, but we felt it was important to give Fiona the care and attention she deserves so that she could get that second chance!

We want to continue our work.   In fact, we want to expand our capacity to rescue more animals and relocate them into permanent homes, but we desperately need funds to do this.  HSDC has always been, and continues to be, totally dependent upon donations to operate our facility.

Please find it in your heart to help us.  Every donation helps.  Every single donation. 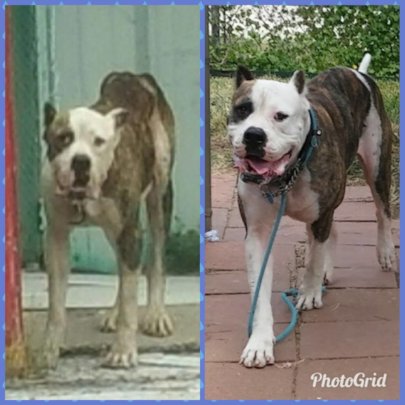 It’s been such a special season here at the Humane Society of Dallas!  We’ve been so encouraged by the special cases that we’ve taken care of find their forever homes!  There are so many instances of animals coming through the shelter with whom we develop a fondness for, but none are more endearing to us than those who need more care and consideration than the average candidate.

One of those special cases was Argentino (first written up here as Buddy) who our shelter director, Sandra, rescued from an abandoned store where he’d been living.  As a large, heavy set dog breed it was unbelievable how badly emaciated he was and how timid of human contact.  Getting him to the shelter took a patient effort and working with him once he was here to help him gain weight and socialize well took additional time and effort.  With his foot pads in tender shape, his teeth having been filed down, and his cautious dislike of most men, it was understandable that Argentino couldn’t just be placed anywhere.  A couple came into the shelter who not only had worked with several large breed dogs of his temperament, but also live on a large expanse of land, and wanted to give Argentino a forever home.  After a year and three months he was finally able to go to his forever home.

As a no-kill shelter, we will not euthanize Feline Leukemia positive cats, but believe in giving them a chance for a forever home as well.  Feline Leukemia positive cats can require more focused attention due to their medical needs, but Ham arrived in need of serious attention.  He also had been found living on the streets.  He was very underweight, and he had a calicivirus infection which resulted in a severe upper respiratory infection.  This myriad of medical issues, complicated by his FeLV infection, necessitated him spending two months in a medical cage so that he could be nursed back to health.  Despite being found on the streets, Ham is a sweet cat, but he also vocally chased visitors around the room for attention.  A family who adopted FeLV cats from our shelter in the past felt it was kismet when they had the name “Hamilton” in mind for their next cat and met Ham, whose irresistible nature could not be passed up.  Since being adopted by them, Ham, now Hamilton, has been the perfect companion to their family and is, once again, proof that some of the best companions come from the most difficult circumstances.

Some of our best circumstances can come from those animals who are found, not only roaming the streets, but those who are first considered to be feral.  In so many areas of our city, there are “communities” of feral cats who haven’t been spayed or neutered, which, in effect, adds to an already overwhelming overpopulation of indigent cats in our neighborhoods.  The shelter has taken on the process of what is colloquially known as the “TNR Program”, which is Trap, Neuter, Release for animals who are not suitable for homes.  Last year alone we did TNR for 156 cats, the majority of which are released in a safe place outdoors.  Every so often there are cats who, in spite of the environment in which they were found, turn out to be social.  Hope was one such cat.  She was caught in the trap and taken to a vet to be spayed.  Afterward she was evaluated and not only was she not feral but it turned out she enjoyed being a lap cat who solicited for belly rubs!  It was another successful adoption into a forever home where she can be taken care of and loved.

This year the shelter is focused on getting a new vehicle for the dogs to our off-site events.  The current van was never designed as an animal transport, therefore, we’ve had to adapt climate control to make them comfortable in temperature extremes.  The brakes are initially very touchy upon start up, and the stresses of transportation has only contributed to the general body fatigue of the van.  We’re eager to have a vehicle that can accommodate our animals safely and easily to all their events.

It is no exaggeration to say that it takes stamina, perseverance, fortitude, and sympathy to be an animal caretaker and advocate.  It’s also no exaggeration to say that much of that ability to continue to do what we do, is spurred on by your devotion to the well-being of animals.  With your support we can all continue to work together to make North Texas better for all the animals in our community. 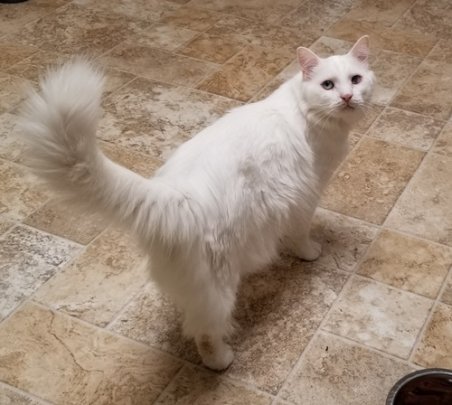 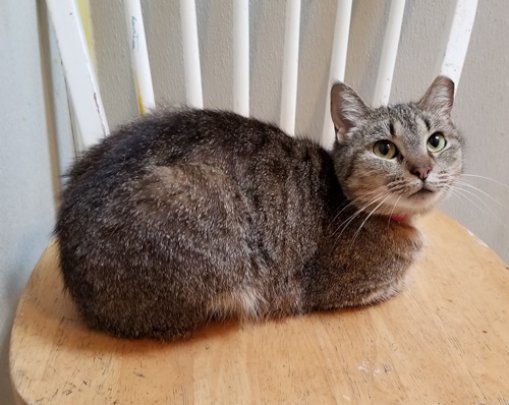 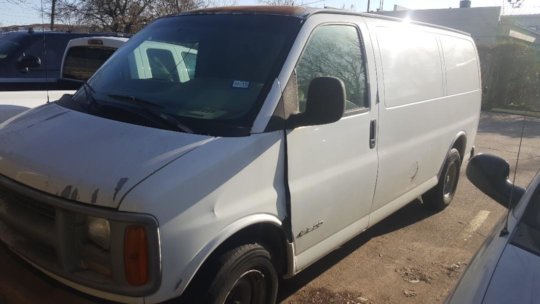 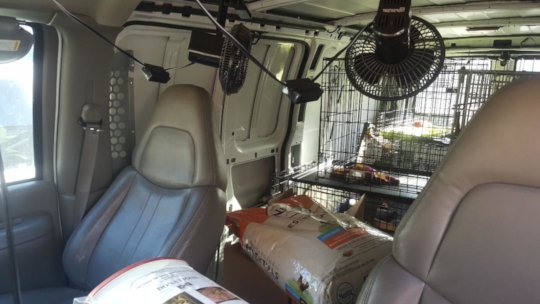 Skip the puppy, and so many kittens. 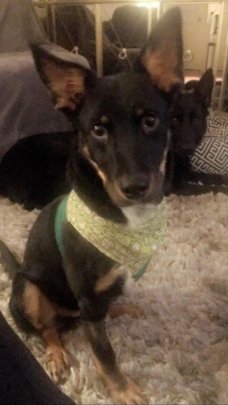 You subscribed to email updates from TX No-Kill Shelter Care for Abandoned Dogs & Cats by Humane Society Dallas County, a project on GlobalGiving. Here's an update from the field:

We hope that everyone is preparing for a wonderful holiday season this year!  The weather is certainly helping to usher in the sense that the holidays are soon upon us!  Here at the Humane Society of Dallas, we’re as busy as always helping all of the lost and abandoned animals in our community to receive care until they find their forever home.

Skip is one of the animals in our care.  He’s a young lab Doberman mix who came to us in early September after he was found wandering the streets.  His front leg was in really bad shape and he couldn’t even walk on it.  The shelter staff acted quickly to do what they could for young Skip, who is only a young seven month only puppy.  Unfortunately, with neglected animals who are left to run the streets, accidents and injuries are inevitable and with poor Skip this was the case. After an extensive evaluation it was determined that the best quality of life that could be possible for Skip would entail amputative surgery.

Skip is such a trooper and he made it through his surgery with flying colors!  He’s recovering well in a foster home and once he’s completely healed he’ll be available for his forever home.

In other shelter news, the shelter is doing its utmost to accommodate a huge group of young kittens who’ve graduated from foster care to shelter and are ready for adoption.  There are so many little boys and girls running around now and they bring a whole new level of energy to shelter life.  Of course we are always happy when any of our kittens are adopted into their forever homes, but we ask that you spread the word to family and friends about the benefits of adopting an adult cat (or dog).  Oftentimes adults have a better time acclimating to their new homes.  Since they are out of their baby stage new owners do not have to cope with the issues of scratching, biting, and energy overload.

I know it goes without saying, but these stories would not be possible without your support.  A big thank you goes out to everyone that continues to support our mission.  Together, we are making North Texas a better place for the animal community.  From all of us here at the Humane Society of Dallas, we want to wish you and yours the very best this holiday season! 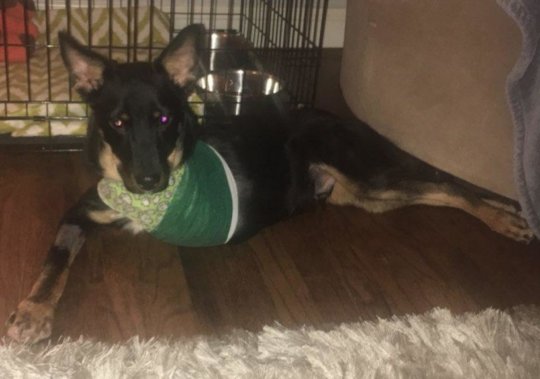 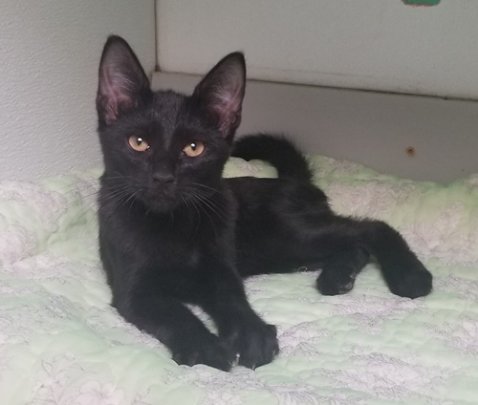 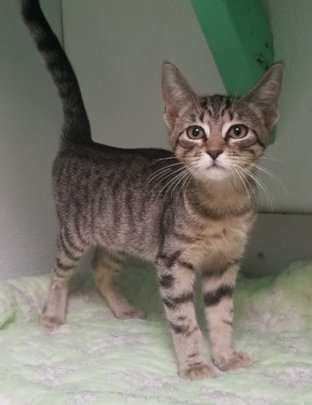 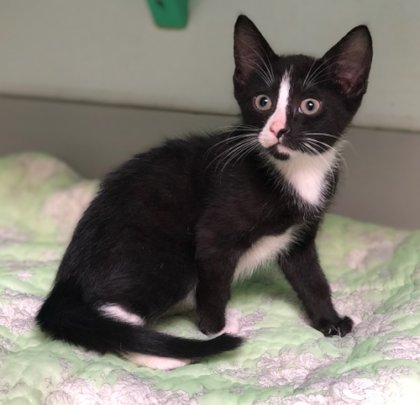