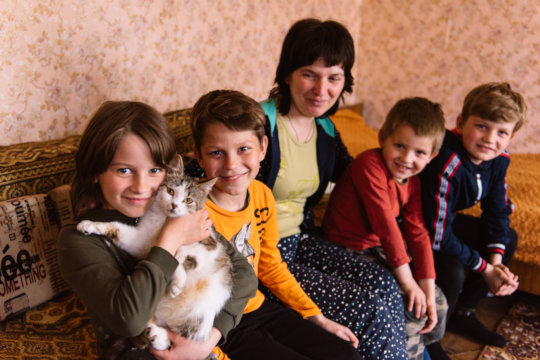 The specialists of our Fund met Tatiana’s family last fall, right after the tragedy she had suffered. The head of a poor rural family died on the railway, and Tatiana was left alone with five children in her arms losing the sole breadwinner of the family overnight. But the troubles did not end there either and the events that followed developed rapidly. Less than ten days after the tragedy happened, the guardianship officials came unexpectedly to Tatiana’s house with a check. The confused, grief-stricken woman had not had a chance to recover by the time when her children were taken to an orphanage (at first, do different ones because of the age difference) the same day the officials came with a visit and sued to deprive her of parental rights.

Later, Tatiana learned that her husband’s relatives had submitted a complaint to the guardianship authorities accusing her of being an alcoholic and providing poor living conditions for children. It is possible that the bone of contention was the money that the railway company was going to pay to compensate the family. A significant amount was supposed to be paid for each child until the age of majority. It was a solid sum of money for the Russian hinterland. According to Tatiana, her husband’s relatives planned to arrange custody of some of the children.

The woman was completely confused and did not know what to do. She had no one to ask for help. There was still a chance to get the children back provided that the requirements of guardianship were fulfilled, mainly the ones related to living conditions. In the end, Tatiana got some help. Local aid organizations and volunteers helped Tatiana to do some minor home repairs and purchase household appliances. They spoke of Tatiana with respect and understanding. It was clear that there were no serious reasons that would threaten the safety of children while in the house and some minor things were not so difficult to fix.

It was more difficult to organize the process of returning the children from the orphanage back to their family. In this matter, one needs to know their rights and be a persistent, self-confident person, whereas Tatiana was completely knocked down by the misfortune that had piled on her. First, she had to suffer the tragedy with her husband, then she lost her children. In this case, the help of a team of specialists from the Our Children Charity Fund was required. The team would include a psychologist, a counselor and a lawyer.

The Fund’s psychologist was constantly in touch with her ward regularly visiting her to provide support, encourage her and discuss specific actions necessary to get the children back home. The Fund’s counselor helped Tatiana to solve household and social issues and to communicate with the guardianship authorities and other necessary organizations. The Fund’s lawyer represented the mother in court and advised the woman on legal issues.

Tatiana’s intention and will to get her children back home became obvious to the employees of the orphanage and the guardianship authorities. Thanks to the support of the specialists of the Our Children Charity Fund, she managed to fulfill almost all the requirements presented to her as a mother.

At the end of March, at the trial, Tatiana was supported by the staff and the director of the orphanage. In early April, a court hearing was held with the participation of the children. Everyone saw that the children were rushing home and missed their mother very much, while the mother could not wait to be reunited with her children. And now, finally, the court’s decision to restore the mother’s rights came into force! Now all the children are back at home with their mother. Let everything that they have experienced be forgotten like a bad dream, and let peace and happiness settle in their home forever!

Families in difficult life situations live next to us. It is important to help these families on time and correctly, so that in times of crisis children could stay with their loved ones and be safe and so that the family could raise children on its own. Our professional assistance to the family results in the fact that children do not join the ranks of orphans whose parents are still alive, especially when parents can and want to raise their children.

Please support the work of the Our Children Charity Fund and help us restore the family ties. This way you will feel that you, too, can change the world for the better! 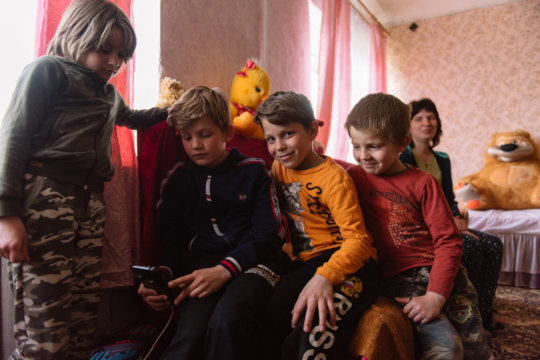 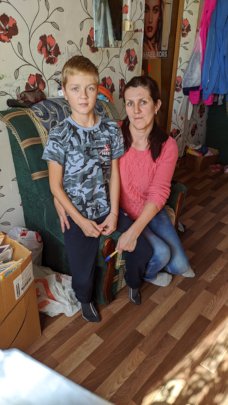 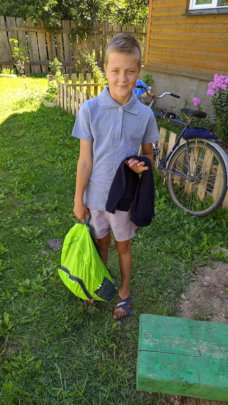 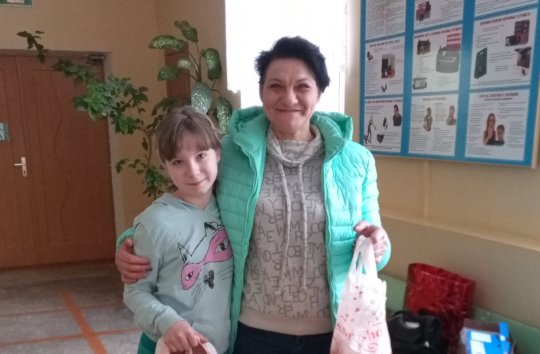 Angelina was separated from her mother for two years. In childhood, when each day is a little life, even a year feels like an eternity.

All throughout those painful days, weeks, months, the girl lived in a state-run orphanage while her mother was in prison. This is when the specialists of the Foundation began to work with Angelina, found out the circumstances of her life and outlined the opportunity for returning her to the family. Now everything depended on the girl's mother.

When working with families in crisis, we appreciate the parents' desire to keep the family together. Our specialists communicate with a variety of families experiencing different vulnerable situations, and not all the parents are willing to raise their children. Helping to mend a stove, making home renovations, going through the paperwork and documents - all this helps the family only if the adults want to be parents. Fortunately for Angelina, her mother had a great desire to raise her child as she maintained affection for her daughter.

Having been released from prison Angelina's mother Lyudmila got actively involved in the process of returning her daughter home. Together with Lyudmila, our social educator Kristina Umnikhina developed an action plan to meet the requirements of the Child Protection Services. With the assistance of the Foundation Lyudmila got a job, made renovations in the house, bought a refrigerator and other household items. She regularly called Angelina and visited her at the orphanage which is 300 kilometers away from home.

The mother and daughter were counting the days until the end of the bad streak in their lives, but when everything seemed to be over and the time had come to reunite and start a new life together another misfortune clouded the existence of this small family. The Child Protection Services had filed a lawsuit to deprive Lyudmila of her parental rights before she could get her daughter out of the orphanage. The mother was charged with unwillingness to take her daughter out of the institution.

At this stage Lyudmila Dergacheva, the Foundation lawyer, got involved in Lyudmila’s story. With her help, Lyudmila set up a counterclaim demanding that the child be returned legally. Lyudmila won the court case and in January, after the court decision came into legal force, the woman was to take her daughter from the orphanage. By that time the girl had almost lost her patience: she had packed her few belongings to leave the orphanage as soon as possible, but as in a bad dream her departure was delayed again.

The litigation dragged on: in response to the court's decision in favor of Lyudmila, the Child Protection Services filed an appeal with the court; more time passed and finally the regional court also dismissed the Child Protection Service’s claim to deprive Lyudmila of her parental rights. Inspired by the hope for an imminent reunion, Lyudmila and Angelina prepared for reunification again, but then due to the COVID pandemic the quarantine began, and State institutions including courts closed or limited their work. So, it became impossible to obtain documents in court, and the orphanage would not release the child without documents. Then the Foundation specialists addressed Natalya Aleksandrovna Mikhailova, the Ombudswoman for Children’s Rights in the Smolensk Region. The Ombudswoman’s intervention helped, and in May Angelina finally returned home to her mother!

At the moment the Foundation specialists continue supporting the family, helping the mother and daughter to understand each other better. Both of them really need the support, as they are learning to live together again. We believe that everything will work out for them and that joy will dwell in this house forever.

Join our contributors, support the work of Our Children Charity Foundation!