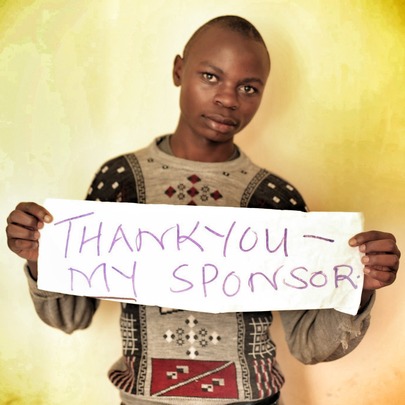 *This update is from Humphrey Muchuma, founder and CEO of Action Two Africa, and a dedicated Kenyan citizen

Raphael is a 17-year old boy from Kiambiu. I have known Raphael’s family for a long time. They have lived in Kiambiu since 2004. Last year, Raphael’s mother came to me, very concerned. Her son had always earned good grades in school, but a few years earlier, things had made a drastic turn for the worse.

Raphael’s parents had fallen on hard times. Money was scarce and his mother was having a hard time keeping up with school fees for her seven children. After graduating from middle school, Raphael was forced to drop out of school because of lack of payments. But things continued to get worse. Because of not being in school and having too much free time on his hands, Raphael ended up joining a group of street thugs. In his own words, “In the process of staying home for that long, I started engaging in bad companies, where my mother saw that it was not well.” Raphael began terrorizing the community, stealing and recruiting others to join his gang.

Scrambling to pull together funds to get him back into school, Raphael’s mother was pushing herself to the limit. Last year, she came to me, and after explaining their situation, we decided to enroll Raphael in Action Two Africa’s Child Sponsorship Program.

Raphael is now back in school full time. He has joined his school’s football team, and we have seen an incredible improvement in his academics and behavior.

Raphael is not alone. We have continued to see incredible changes in our community in Kiambiu thanks to the work of Action Two Africa. The children regularly meet at our office to discuss life and the challenges that they are facing. These meetings aim to strengthen their resilience so they can have the confidence to face and resolve the difficult challenges they encounter in life. It also helps the children to identify their inner strength and mobilize the resources in the community.

The transformation that I’ve seen in the children who are enrolled in Action Two Africa’s Child Sponsorship Program is tremendous. Most of the children are developing good self-esteem and they are now living as role models and agents of change in their community, helping their peers and inspiring others around them.

It is incredible to see our mission being realized. Children in this community are being inspired and transformed. They are being empowered through education. I am humbled to be a part of this work. I thank God, and I thank the generous partners that continue to support the work that I am so passionate about continuing.

Thank you to everyone! 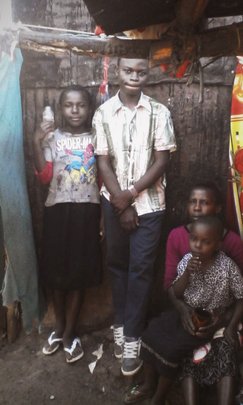 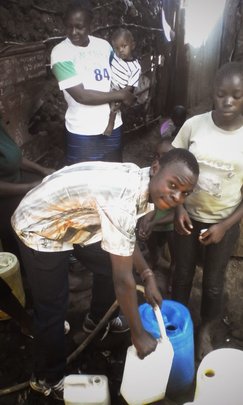 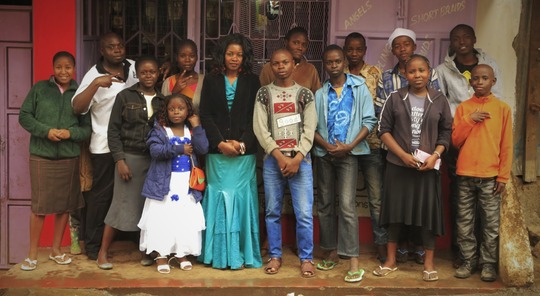 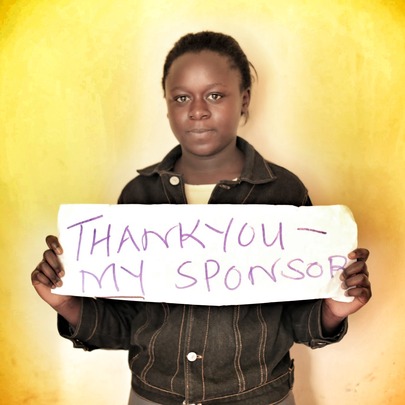 The new year has started on a high note for operations at Action Two Africa. Schools reopened on January 7th, and Action Two Africa’s sponsored children have returned another term full of learning and studying.

Marlyne, a 16-year old Kiambiu resident and Action Two Africa’s first beneficiary, is now in her last year of secondary school (high school), and will be sitting for her final exams later this year. Marlyne was one of the first children from Kiambiu that we met during our stay in Kenya. Despite her family’s economic struggles, Marlyne has stayed hard at work, intent on seeing her dream of becoming a Kenyan journalist come true one day.

Our partner in Kenya, Humphrey, recently gathered all the children together at Action Two Africa’s office to take photos of them holding signs thanking their sponsors for their generosity. Everyone here is eternally grateful for what you, our sponsors and supporters, have done to help these children break free of the cycle of poverty that afflicts the community that they live in so heavily.

We could not be here without you.

So what now? We want to hear from you! What are you interested in finding out about the children here in Kenya or about their environment? Send us an email or message us on Facebook to let us know how we can get you excited about what’s happening here in Kenya!

Have a great new year everyone! 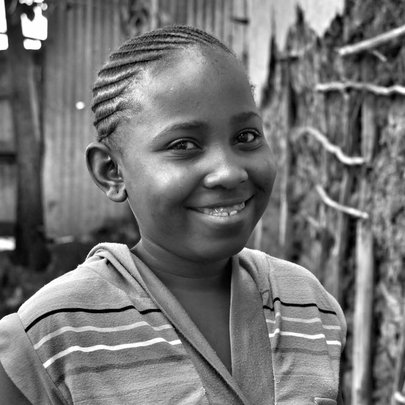 Selpha embodies resilience. Her father died when she was two years old and her mother is blind, making sustenance in Kiambiu is a daily challenge for her family. Yet she presses on. Selpha just passed her 8th grade exams, a huge step forward in the education system in Kenya. In the late fall, Selpha will start secondary school, moving her one step closer to achieving the education goals she is striving for. She is excited about her transition to a new school, grateful for the support she’s received, and optimistic about her future.

This is just one of many stories from children in the Kiambiu slum who have been empowered through Action Two Africa’s Child Sponsorship Program to be able to continue their education this year. And while child sponsorship is our main focus here at A2A, we’ve made other significant strides in the last few months as well. In August, Action Two moved its operations into an official office space at the outskirts of Kiambiu. We also had our first board meeting, where issues relating to programs, volunteers, and schools were discussed.

We continue to be amazed by the support and encouragement that Action Two Africa is receiving, both on the ground in Kenya, and in our operations here in the US. Donors continue to step forward to support our mission and our global support system continues to pray for God’s blessings on our work. We are thankful for each and every person who has been, and continues to be, involved in our mission and vision to bring hope through education. We are bringing the action to Africa. Together, we are Action Two Africa.