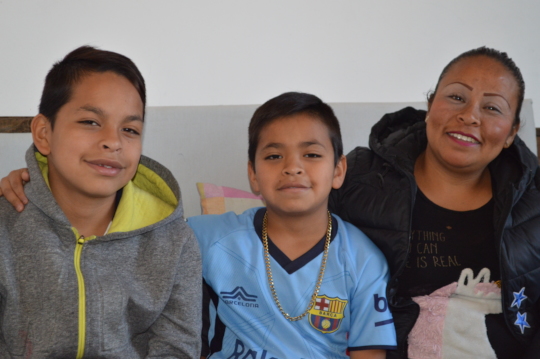 Veronica is the mother of three children: Eduardo, 14 y/o, Luis, 13, and Hugo, 11. Like many mothers, she has to divide her time between work, home, and family. Vero, as her friends from the clothes stand where she works call her, shares one of the most difficult tests she has had to face: separating herself from her children and seeing them in a street situation with their father. These were difficult times for the Gutierrez family, but against all adversity they managed to get ahead.

Vero tells us how one of the educators approached her children to invite them to Pro Niños. Here, the Gutierrez family received counseling from the Family Assistance Program (PAF), and little by little their family relationship improved. “Well, I have indeed noticed a change. Before, my family was in disarray, and today I perceive it differently. My children have been taught habits they did not have; sometimes, as a parent, one lets things pass. Now, I am realizing there is a very big change in them and in me. Entering the Parenting Skills workshop, taught me how to better relate to them. I learned how I ought to approach them, especially Eduardo, the eldest, who is already an adolescent. Today I feel better and closer to my children. "

Today, each member of the family is clearer about their goals. Luis wants to be a marine biologist when he grows up, and at night he dreams of becoming a shark. For Hugo, the goal of being a footballer in his favorite team persists, so he continues to play in the evenings with his school friends. Finally, Vero is determined to recover the house she lost, in order to give a better life to her children. 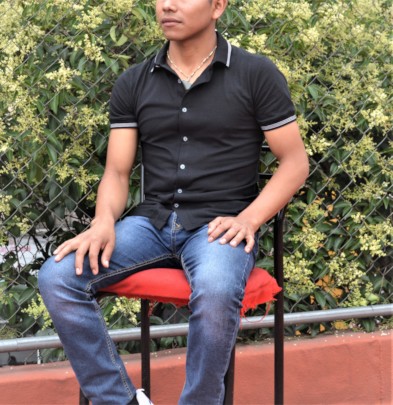 we change the name for security

For Roberto, the word "survival" recalls a difficult stage in his story. At age 16, he encountered the struggle with addiction issues amidst the harshness of the street environment, and “survive” was the only thing he could do for a long time. Despite the adversities of those days, he made one of the most important decisions in his life: to leave the street.

His first home was an assistance house, where he had food and shelter, but after a while he realized that this was not enough; that he had to go one step further, and thus, with help from the caretakers of that house, he approached Fundación Pro Niños.

After a first contact stage, Roberto established a stronger link with the Foundation and received the invitation to join our residential program "House of Transition to Independent Living" (CTVI), a space where adolescents and young adults, with support from trained educators, prepare themselves for an autonomous life.

Today, at age 21, on the one hand Roberto feels more sure of himself, and on the other, he feels he is part of a family. He has managed to overcome his addictions, control his emotions and improve communication with the people around him. He resumed his high school studies and has managed to secure a formal job.

Roberto's plan for the future is to study law and become a lawyer. He tells us that he thinks that would be the best way to help others who, like himself, look for an opportunity to get ahead. The message he sends to other youngsters in a vulnerable situation is: "You can definitely leave the street if you are determined to."

Last July, the Pro Niños Summer Course 2018 was held in a festive atmosphere of respect and reflection. Together with girls, boys, adolescents and youths from the program From Street to Hope and from the Family Assistance Program (FAP), we celebrated yet another cycle of team work around the rights of children, violence prevention and a healthy diet.

Through games and recreational activities, the youngest children managed to bring out the artist in them, learning about the importance of teamwork and assertive communication in the process. Every single activity was accompanied by a reflection on their rights and how to exercise them.

For the youths and adolescents of the FAP, we had a course aimed at strengthening the social skills that will enable them to relate and talk to others constructively; identify different possible solutions to a problem; and control their emotions when facing a potential conflict in order to solve it without stress or anger. Each youngster could avail themselves of a photographic camera while visiting different museums in Mexico City and touring their own neighborhood, so they could capture special moments, imprinting their personal seal upon them.

Thus, on Friday the 27th of July, our summer course came to a close with a photographic exhibit showcasing the work of these youngsters, who in turn enjoyed the opportunity to get together in a space where they recognize themselves as valuable individuals who deserve to be heard and treated with respect and affection, leading to access to better opportunities that allow for the building of a life project away from the street, with healthier family, school and social environments.

The only thing remaining for us to do now is to thank heartily all the people who made this summer course possible: educators, volunteers, administrative staff, and—most specially—all the youngsters who decided to attend. To all of them: MANY THANKS!