Why toilets are no laughing matter 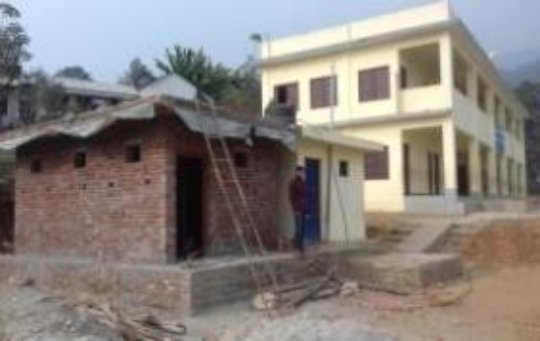 A lack of decent toilets is one of the main reasons that children in rural areas of Nepal stay away from school – especially girls. And we know that children out of school are much more vulnerable to being trafficked.

For older girls in secondary school, a lack of privacy and separate toilets can lead to them dropping out of school altogether. Our recent survey of three rural secondary schools in Nepal showed that, shockingly, only 50% of students were able to afford sanitary items and in one school, nearly 30% of girls said they didn’t attend when they were menstruating. We don’t think that this is good enough and that’s why we are supporting sanitation projects in schools that increase levels of hygiene and education, allowing girls to attend school even when they are menstruating.

We are currently constructing toilets in four different schools in the district of Makwanpur – which will benefit a total of 1,330 children – and many more in years to come.

If you can help us construct more toilets in rural Nepal, please make a donation today. Thank you.

I feel safe at school 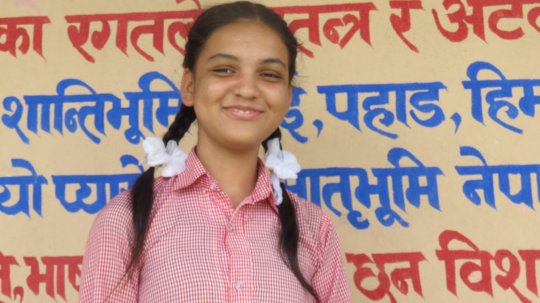 I feel safe at schoolI am Asmita and I am studying in grade eight. I love singing and dancing. My family has nine members and the earning from my parents is not enough to support our whole family. My elder brothers and sisters left school at a young age as there was no support from my family for them to continue their education. My parents tried to marry me off at an early age so that they wouldn’t bear the burden of educating me. However, one of my neighbors who is also a school teacher interrupted and saved me from being a victim of early child marriage. But I did not have the opportunity of going to school until I came in contact with EBMF (Child Rescue Nepal’s partner in Nepal).

EBMF have supported me to continue my education by providing education materials since I was in grade six. At the moment I have convinced my parents that I want to continue my studies but still they bring marriage proposals in one form or another. Additionally, I have to face challenges from my society as they bully me and irritate me for not getting marriagied at an early age. However, sidelining all these challenges I am moving ahead and EBMF is playing a vital role. Furthermore, I feel safe at school because it is the place where I can freely share my feelings and emotions with my friends and teacher. I get motivated by reading books and inspirational stories from my teacher and at the same time I have had the opportunity to learn new things. I want to become a teacher and teach small children in my village and I hope EBMF will continue to support me to achieve my goal.

"Asmita is intelligent young girl who takes her studies seriously. She always comes first or second in her class. The support of EBMF in providing an educational bursary has been a significant factor in enabling Asmita to continue her studies" – School Principal 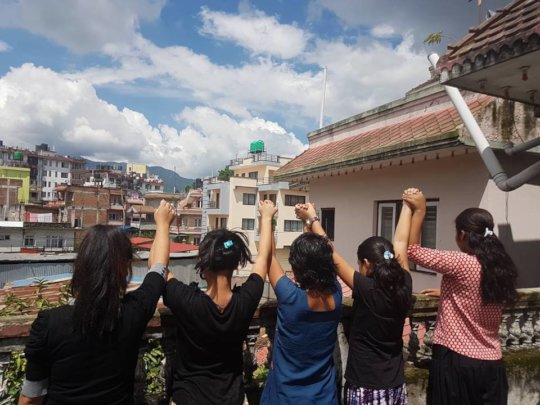 Marigold House is a safe place for rescued girls

Marigold House was established in April 2018 as a safe place for girls under 16 who have been victims of sexual exploitation and have been rescued from the entertainment sector or hotels. Girls are provided with accommodation, education support, counselling and life skills. If it is possible for girls to be reintegrated with their families, then they will continue to receive education support. If appropriate, the family will also receive support in income generation so that the families become economically empowered to minimise the risk of being re-trafficked.

Out of the eight girls rescued so far, six girls are still in Marigold House receiving shelter and educational support. Two girls have already been safely reunited with their families. Additional support which is offered as appropriate includes psychosocial counselling, medical support and level advice. Rescued girls are receiving non-formal education to get them back up to speed before re-joining school. Girls already back at school are provided with extra tuition and homework support.

Roshna is 13 and was born in Letang from the Morang District. Roshna's father went abroad for foreign employment when she was quite young. During that time her mother eloped with another man and Roshna was left alone. By the time her father came back to Nepal she was being brought up by her grandmother. Returning to Nepal, her father married again. The attitude of the new stepmother towards Roshna was very harsh. Her stepmother used to drink alcohol and often fought with her father. One day her aunt (Father’s sister) came to Roshna's house and tried to convince Roshna that she could look after her and help her to study in Kathmandu. Due to the cruel behaviour of her stepmother, Roshna chose to travel to Kathmandu to continue her education in better way.

Initially, after coming to Kathmandu, her aunt behaved well to her. But as the days passed, her behavior gradually changed. Her aunt took all the money and jewellery that Roshna had brought from her home. Her aunt enrolled her in a school but at Grade Two, whereas Roshna had been studying Grade Six back in her village. Soon she was made to work in her aunt’s restaurant – sometimes during school hours. In addition, Roshna felt humiliated studying at Grade Two and soon dropped out of school completely. She was then forced to work in the restaurant continuously, from early in the morning until late at night. She had to sell and serve alcohol to the customers. Drunken customers used to misbehave towards her but her aunt never intervened or protected her. Customers started to touch her inappropriately and proposition her. Eventually she had no options left but to give in to their demands, even at such a young age.

Field staff of our partner Shakti Samuha found her in this vulnerable situation and coordinated with Gangabu police. On 12 July 2018 she was rescued from her aunt’s restaurant and referred to Marigold House for further support.

After coming Marigold House, Roshna received a safe shelter, food, clothing, medical support, psychosocial counselling and non-formal education. A week after her rescue, her family was traced. Her father was found to be very positive towards her. During the reintegration assessment, Shakti Samuha found that her family environment was safe for her to return to. She was formally reunited with her family on 25 July 2018.  Roshna says she is happy to be back with her family and has restarted her education at Grade Six in her village school. Her father is thankful to staff at Marigold House as he was not aware of his daughter’s situation. SS will continue to follow up with Roshna to ensure she stays safe and well. During the latest phone call, Roshna shared that she wanted to continue her education and become a successful person in life.

Thank you for supporting our mission to end child slavery in Nepal. We are so grateful to those who are funding the rescue and support of boy and girl victims of slavery. With your support we can literally save lives. Please donate again if you can.